french artist pierre delavie has transformed the grand palais in paris into an ‘urban lie’, distorting the architecture of the famed building with ‘neo – rapt architectural’. questioning reality and manipulating city landscapes, delavie changes the face of building facades, integrating fake structural elements and projected light into the existing space. by manipulating the exterior skin of the renowned european museum, he forms a new archetype he calls, ‘architectural abduction‘, where the falsification of the traditional image is changed and reinterpreted as a new space. additions and subtractions render the structure imperfect, changing the manner in which passers-by perceive the historically significant landmark. 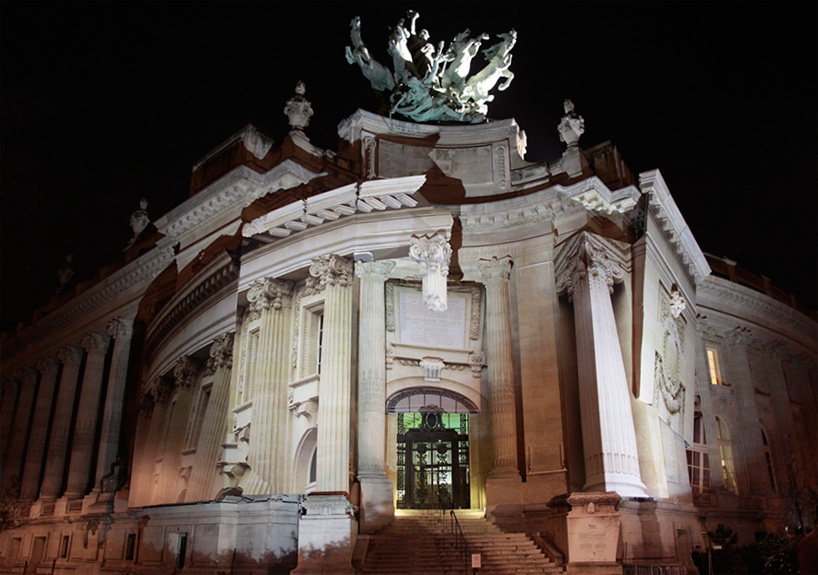 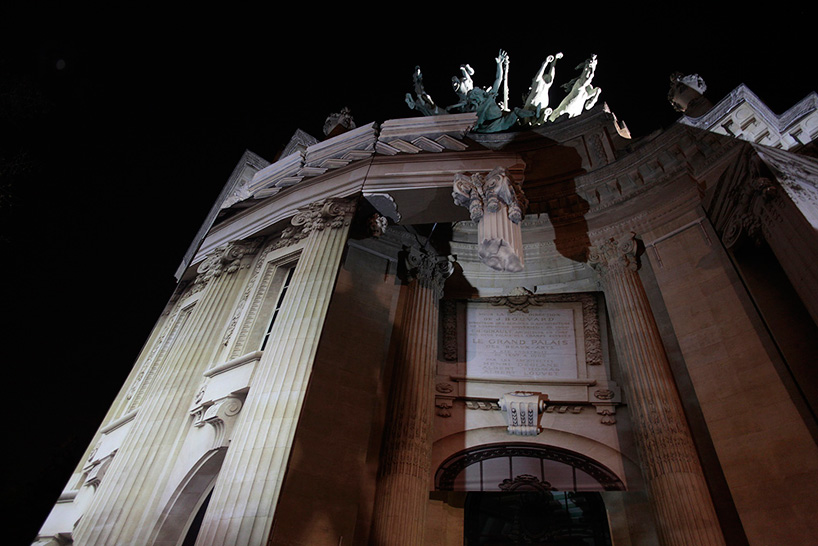 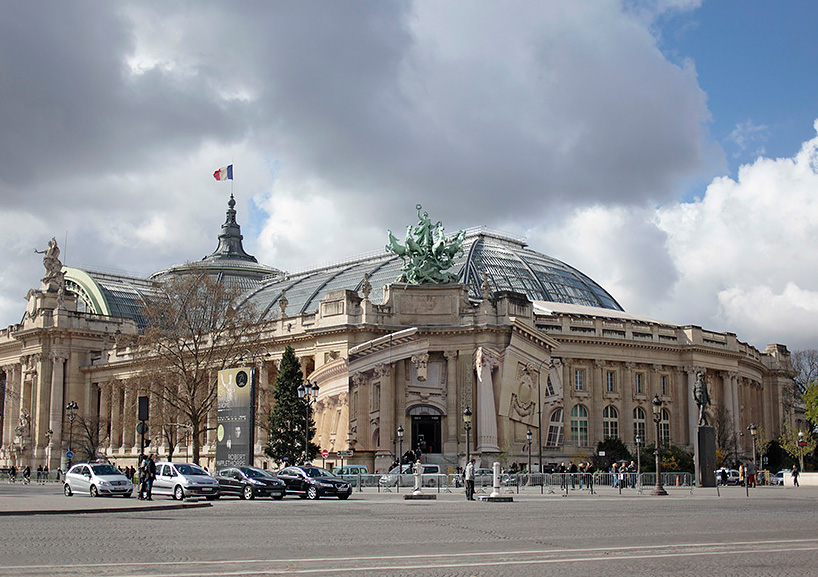 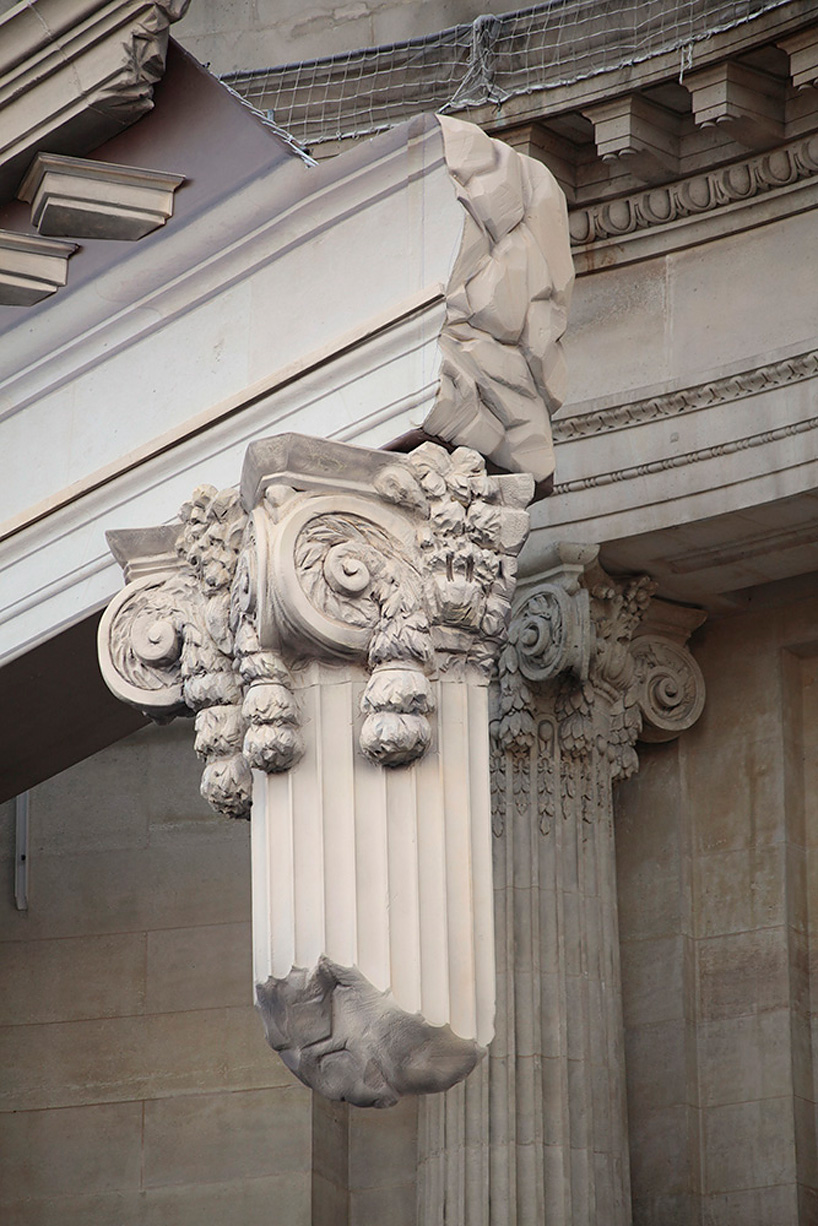 fake structural elements are integrated into the design 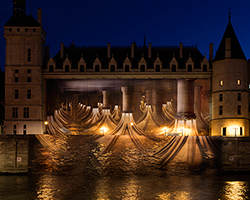 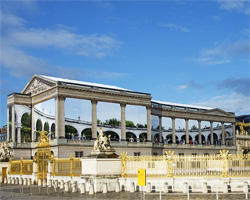