french artist pierre kauffmann draws from the built environment in the making of these complex costumes, each mimicking an element of an architectural landmark. for almost 10 years, kauffmann has been building wearable artworks that simulate fragments of famous façades, extraordinary edifices, and celebrated constructions. staging performances in situ beside each of the buildings, the artist’s ‘pika-monuments’ both amuse and amaze in the complexity of their craftsmanship, and their ability to make architecture more approachable. 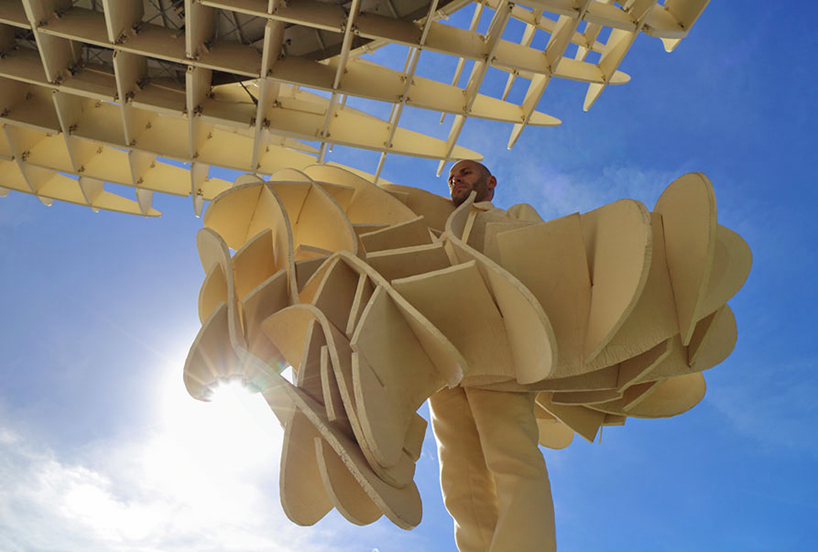 in the realization of his ‘pika-monuments’, kauffmann first chooses the monument for its architectural form, color, size and photogenic characteristics. after the site has been decided upon, the artist creates a suit in a material of the same color as the landmark, whose cut, ornaments and patterns are inspired by the building’s architectural details. finally, a performance with this structure in the same place allows kauffmann to propose an artistic dialogue between the human body and the built environment. so far, the artist has built a series of costumes, including seville’s ‘metropol parasol’, the city of fashion and design building in paris, and the lisbon oriente station, famously designed by santiago calatrava. 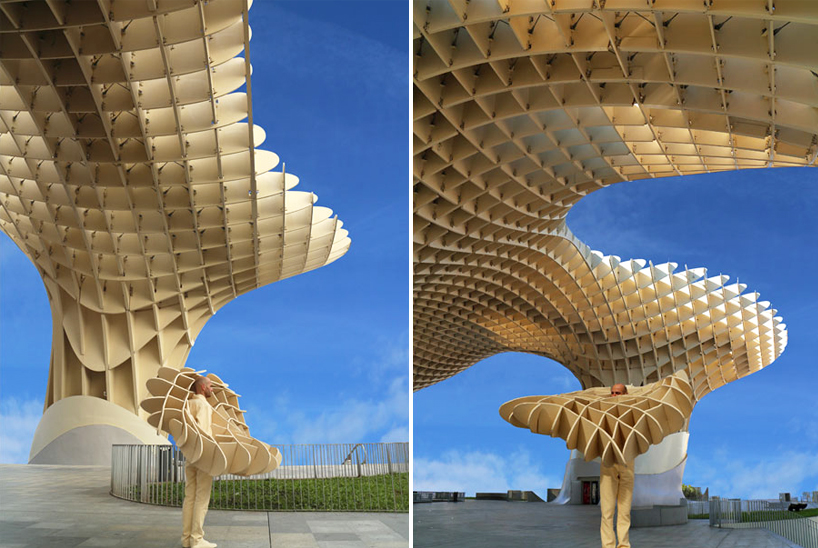 the artist turns himself into a segment of the wooden structure 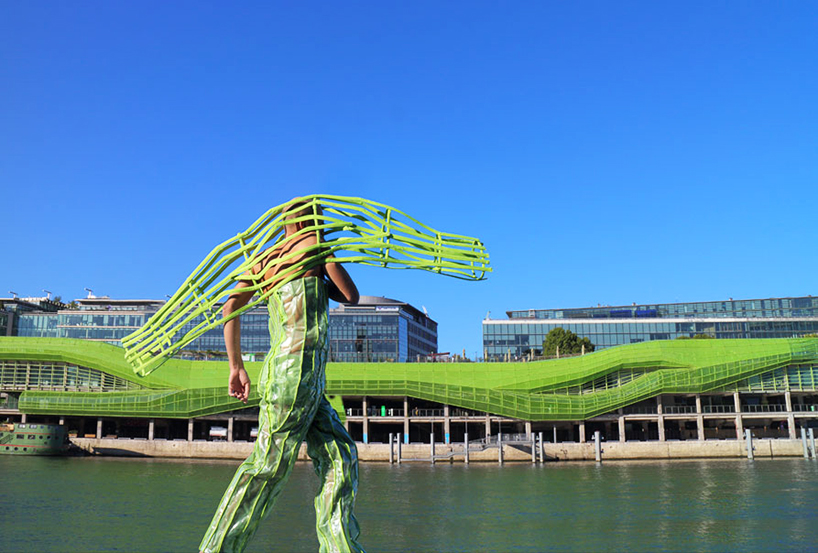 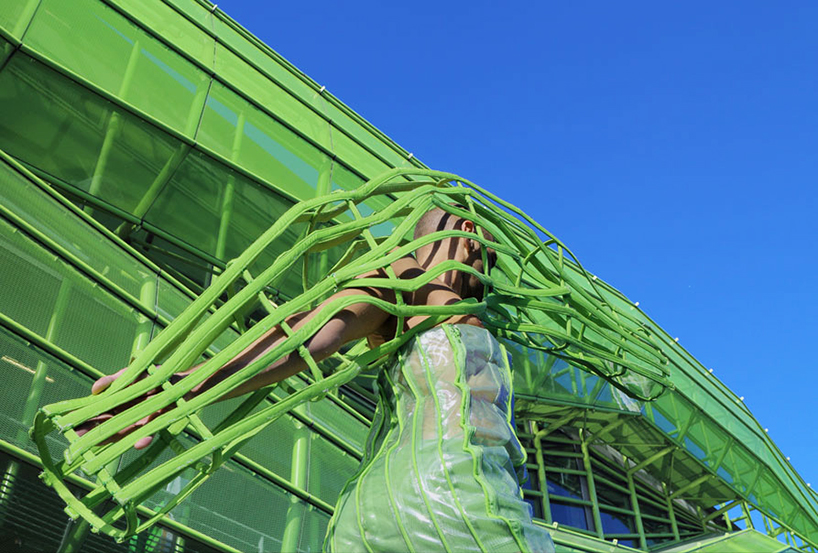 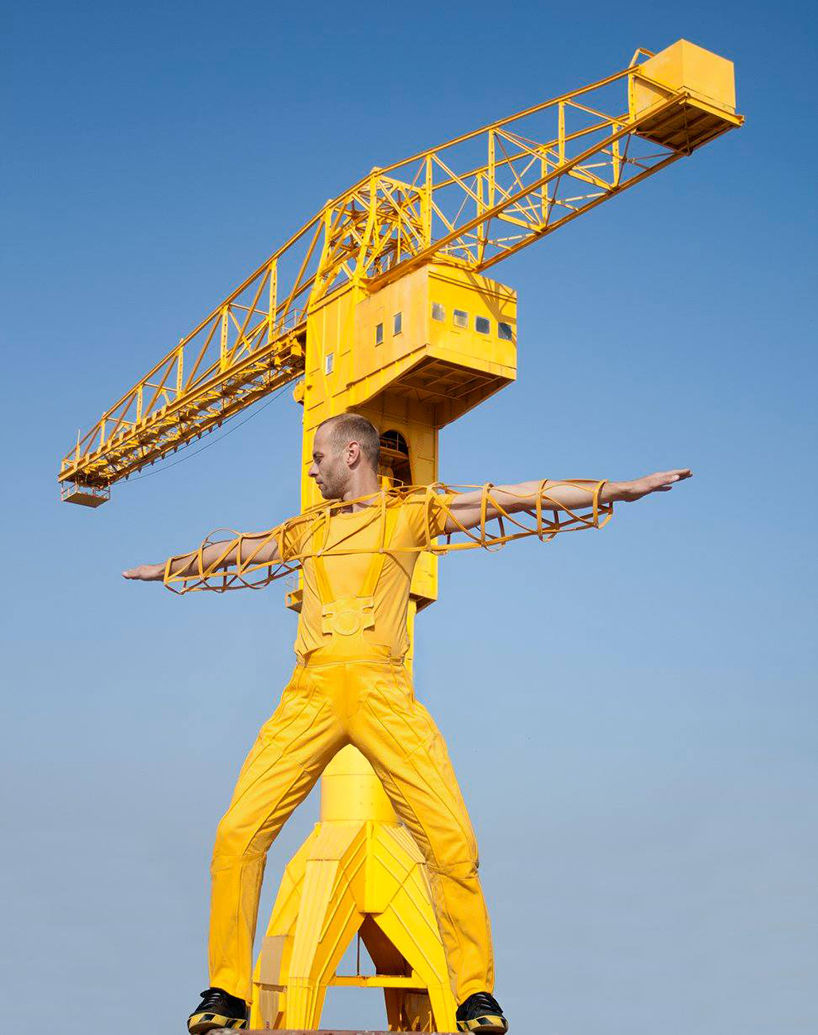 kauffmann dresses as the ‘grue titan’, a disused crane located in nantes 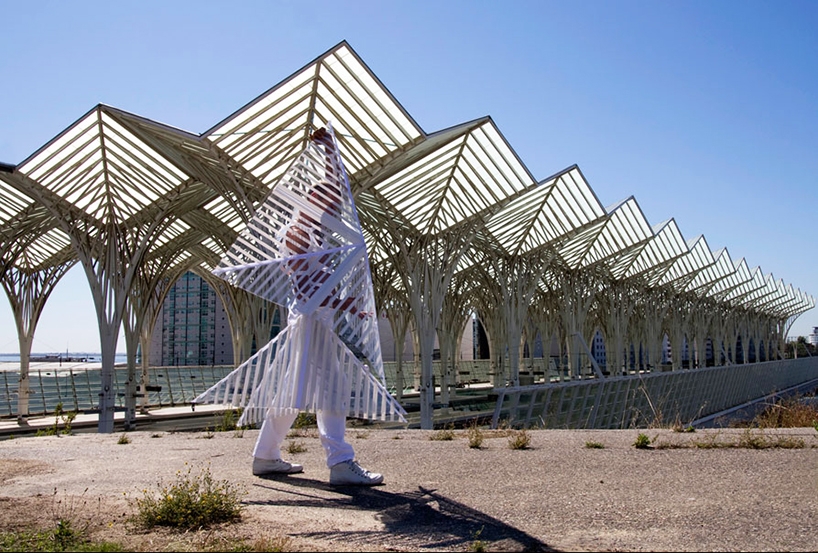 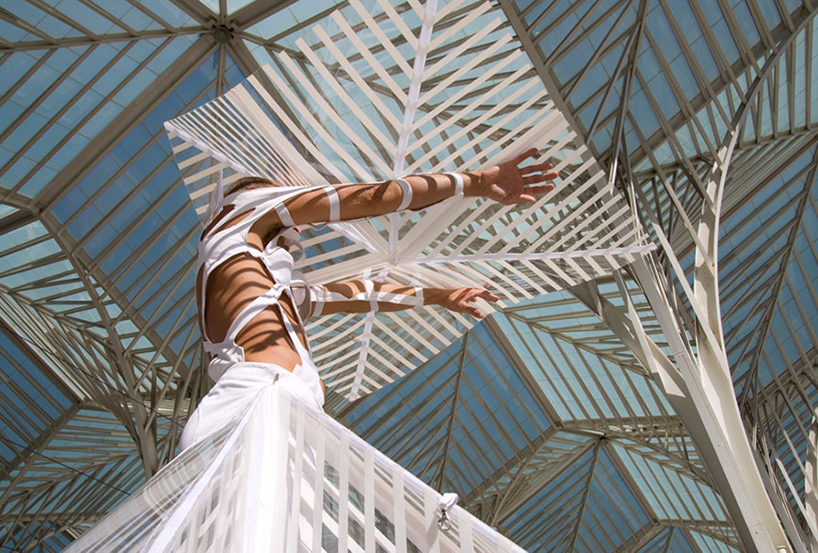 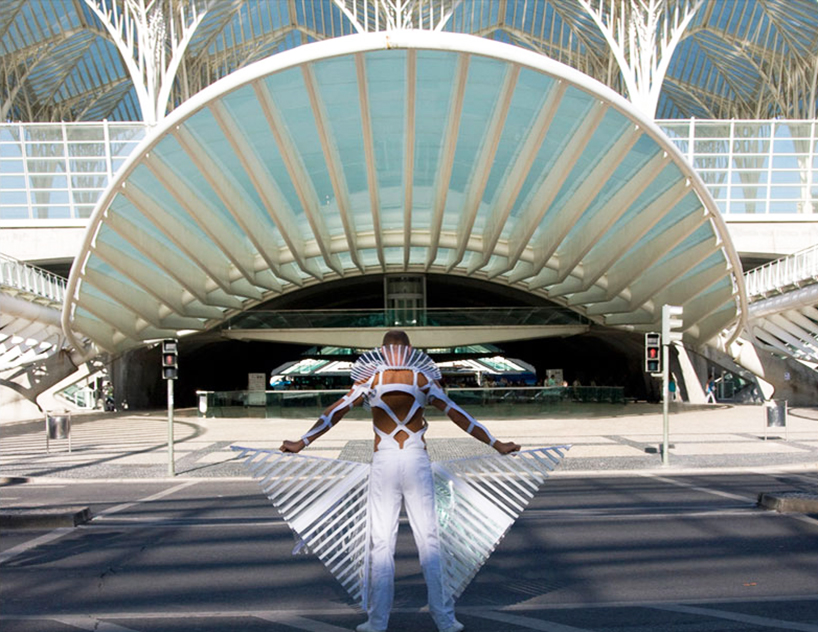 the artist’s performance enacted on site in lisbon 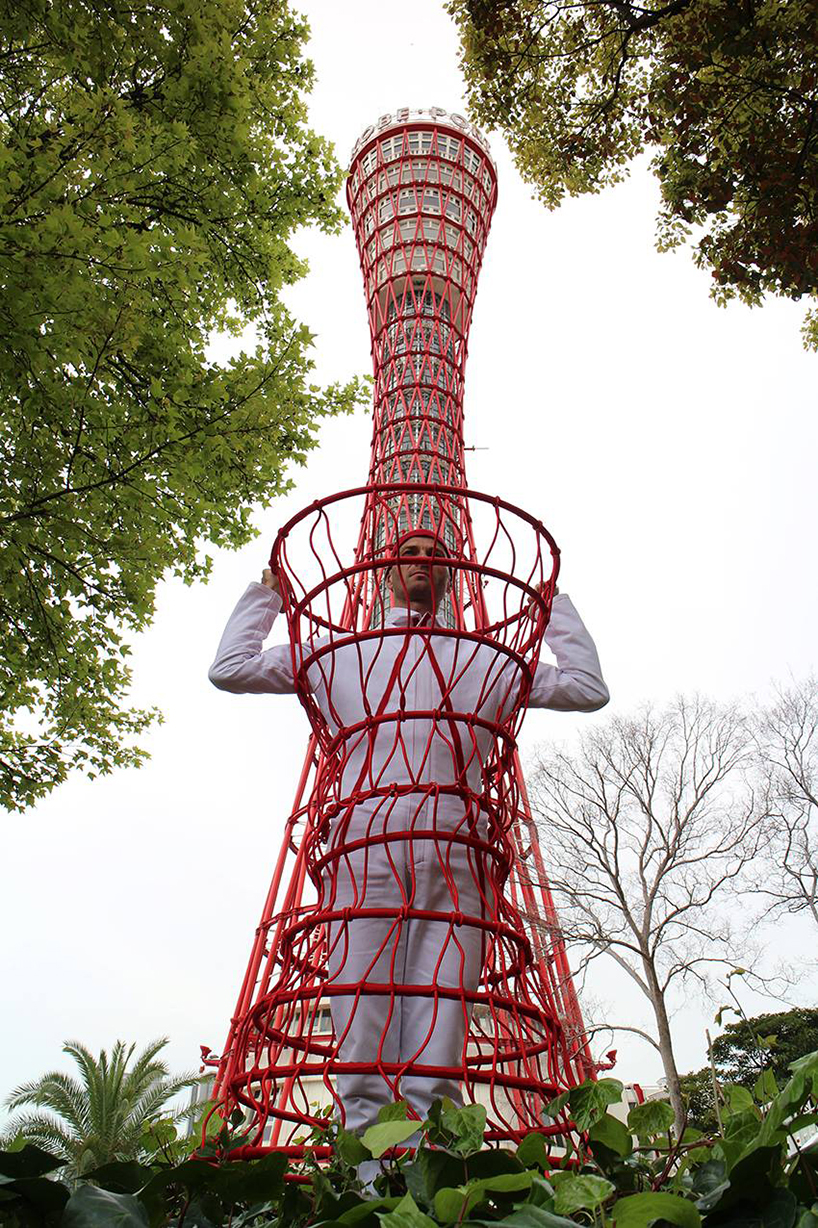 kauffmann dresses as the kobe port tower in japan 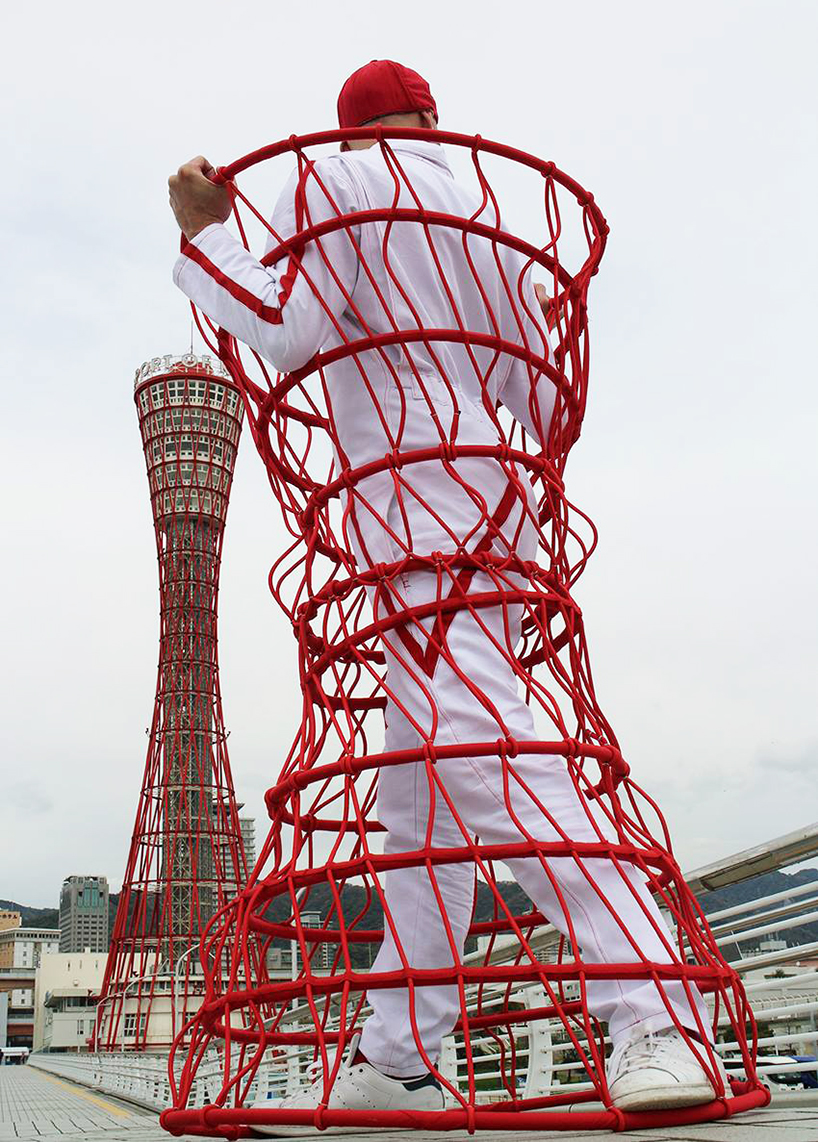