pigment workroom is a multidisciplinary studio based in bari, southern italy who is working as a laboratory for participatory urban interventions that unite resident with artist. within the town of san pio (formerly known as enziteto), a team of five italian artists — tellas, alberonero, geometric bang, alfano and ciredz — have enlivened the public spaces and domestic sites within an otherwise impoverished social housing neighborhood.

built during the 1950s as an isolated city, removed from the renowned waterfront vistas visited by tourists from around the globe, enziteto — as the residents still refer to it — makes up 3,000 inhabitants and is unfortunately notorious for its high rate of organized crime. by bringing their initiative, ‘enziteto real estate’, to this withdrawn spot, the artists’ aim to challenge the cliche that social housing units and their environmental context are of no cultural interest, stressing how the aesthetics of place can impact cultural and social conditions. 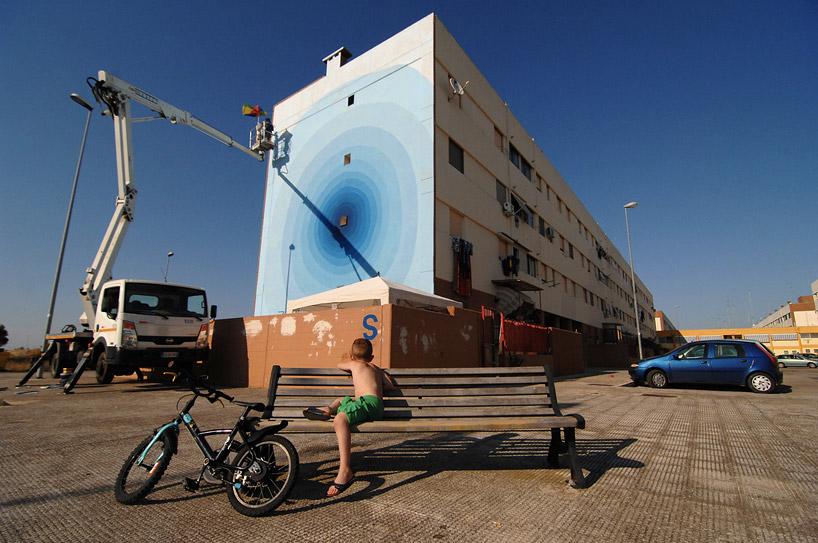 together with local children and families, the artists worked about 14 hours per day and realized 4 huge walls and further small interventions around the neighborhood. the collective describes that ‘urban art is probably the most sensuous and visceral phenemonen in nowadays visual art, because it has the power of turning unaesthetic objects — a flat and colourless wall in a street; a suburban building; a post-industrial architecture and so on — into aesthetic ones. it can invest them of an artistic aura, a true aesthetic dimension.’ 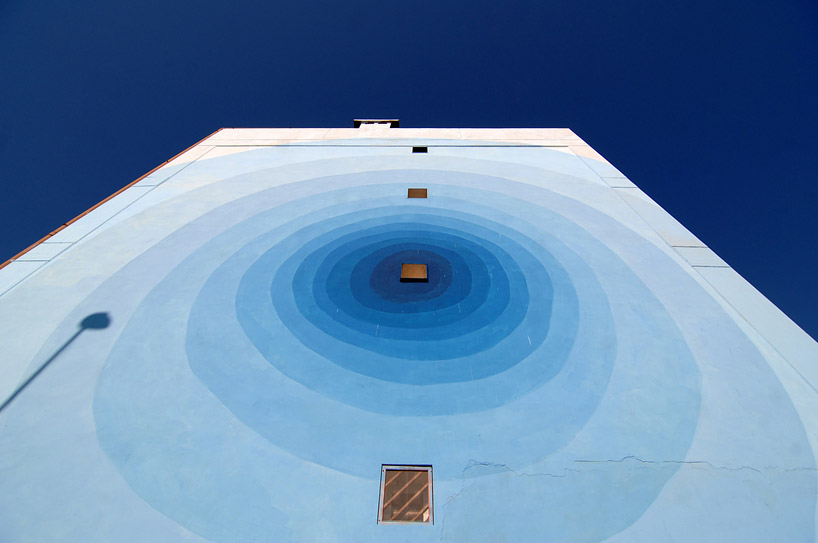 a gradient of blues is painted onto the building’s facade 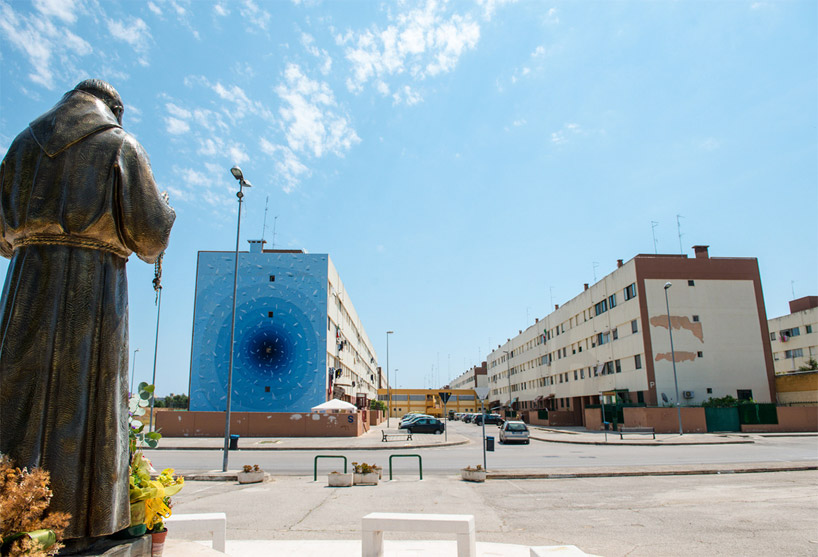 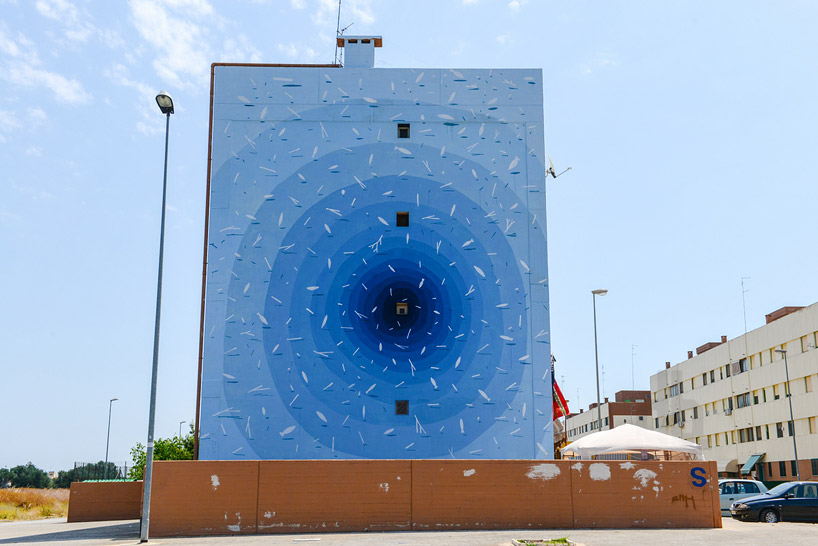 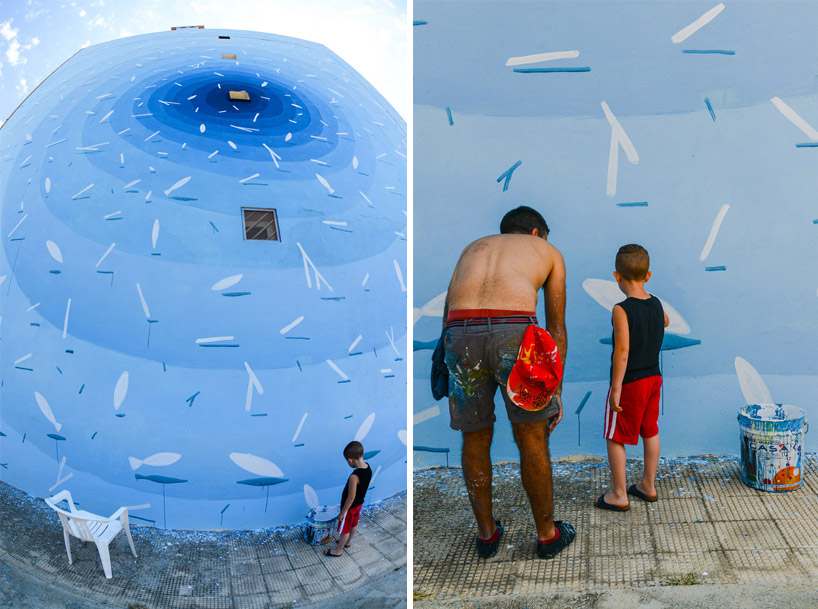 local inhabits are involved in the painting process 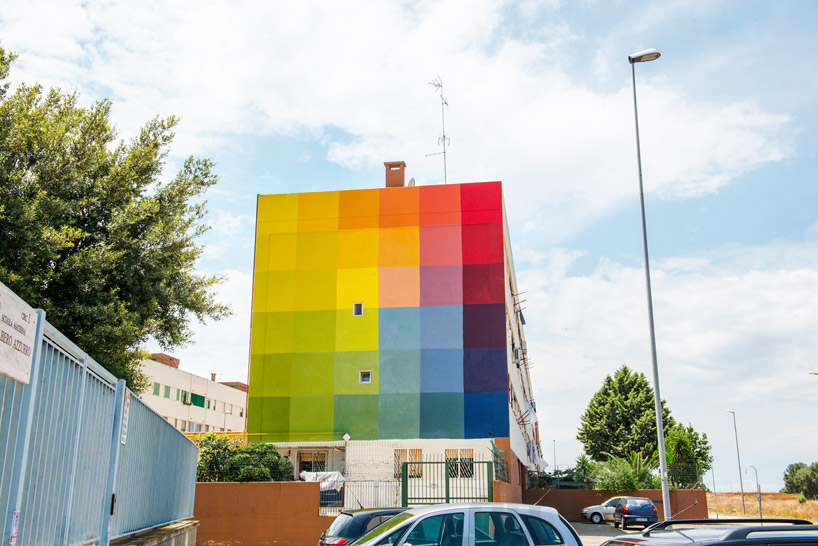 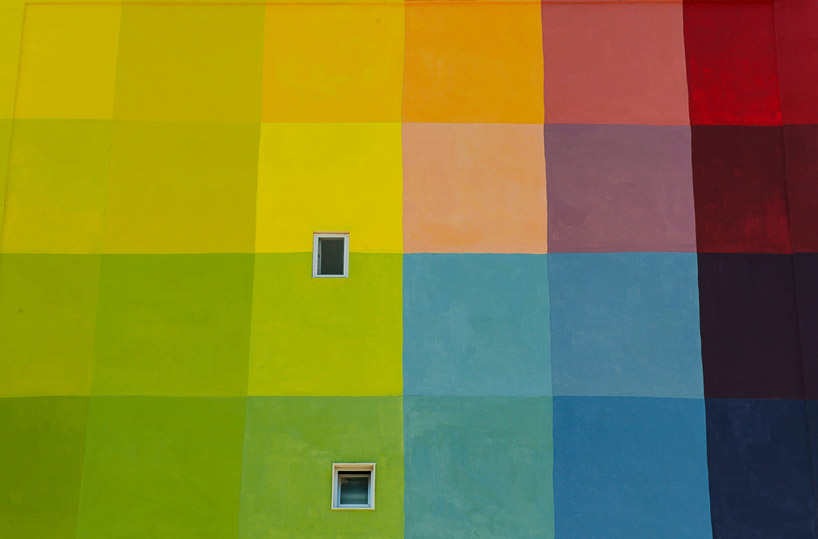 detail of the finished work in bari 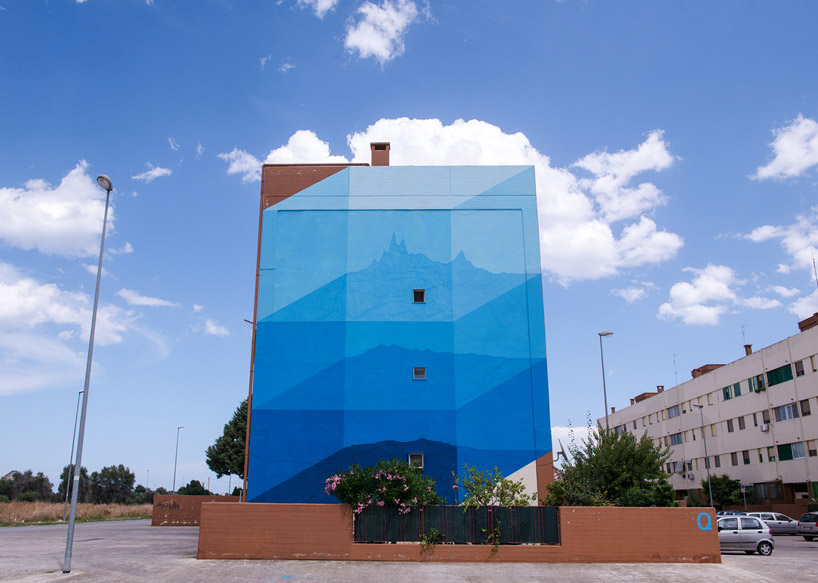 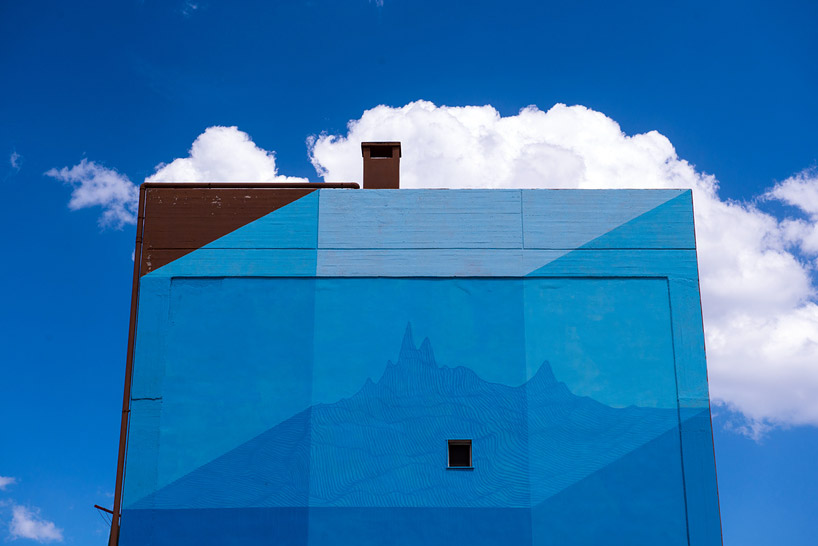 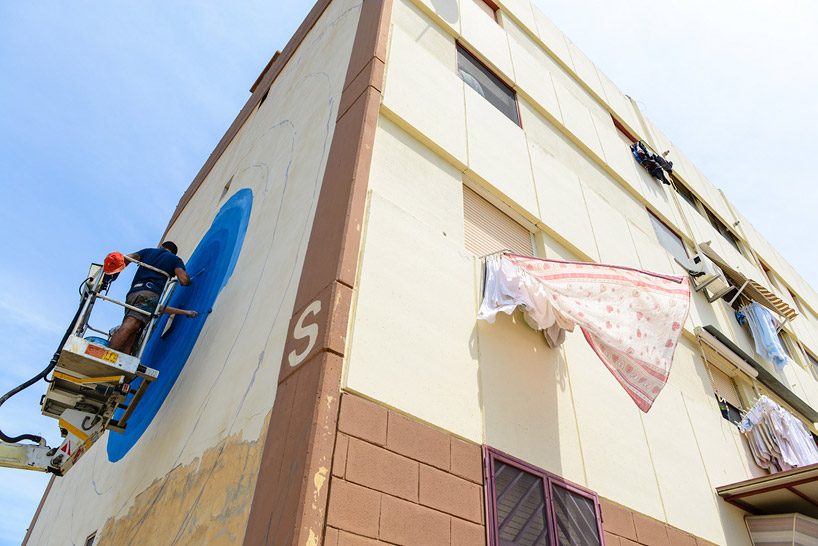 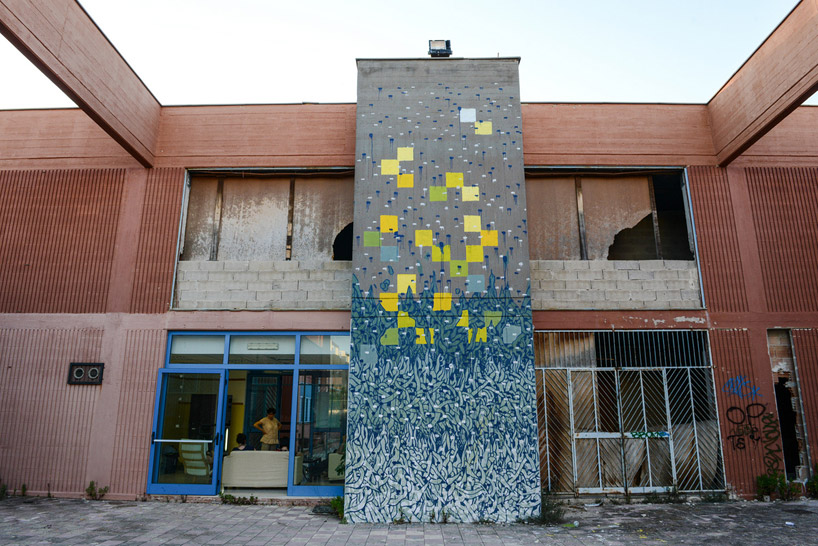 a smaller intervention completed by tellas and alberonero 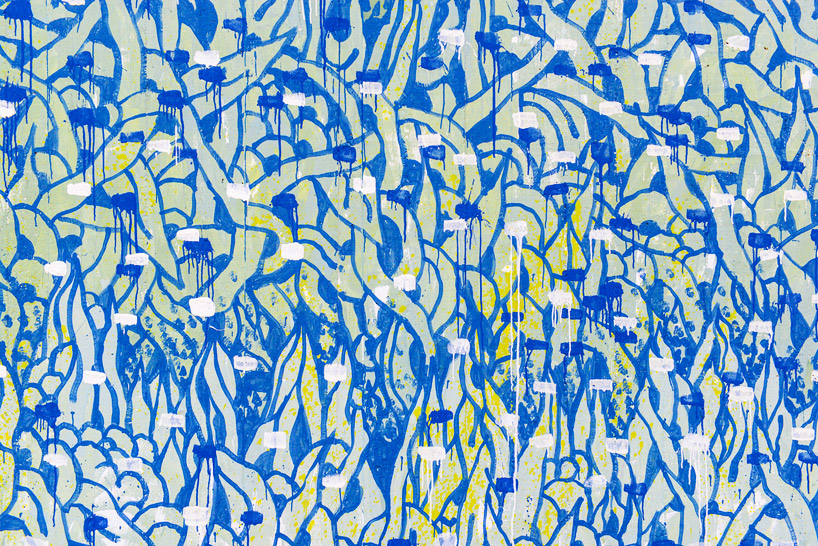 detail of the paint work on the wall