for the fondazione nicola trussardi, swiss artist pipilotti rist has transformed the historic space of milan’s cinema manzoni with a new skin of imagery, creating an immersive experience of light, color, movement and sound that envelops visitors into the artist’s magical world.

the former movie theatre served as one of the most important venues for film in the major italian city for over fifty years before being closed to the public in 2006. with ‘parasimpatico’, pipilotti rist has injected the venue with a multimedia installation composed of some of her identifiable artistic memes: ethereality, floating visions, vibrant, psychedelic colors, and hypnotic soundtracks. 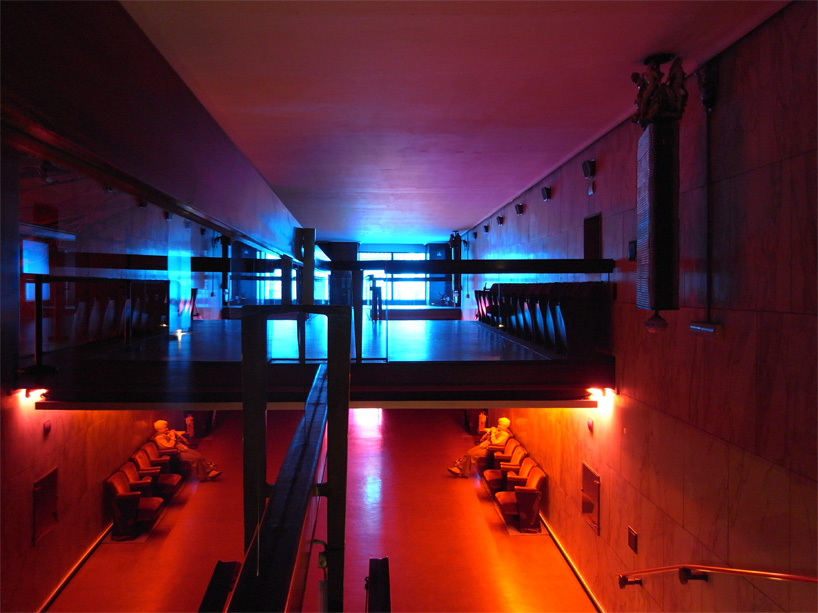 interior view of cinema manzoni during the exhibition image © designboom

a collection of new and old work, the exhibition is the artist’s first solo show in italy. presented by the fondazione nicola trussardi, and curated by massimiliano gioni (artisitic director of fondazione nicola trussardi) the show continues the fondazione’s concept of rediscovering forgotten places in the heart of milan, resuscitating them back to life through means of contemporary art.

at the cinema manzoni, pipilotti rist’s projections refer to the divisions of the nervous system that governs the body’s involuntary functions — such as digestion, relaxation, rest and energy storage — offering a surreal environment and a rare opportunity to experience the beauty of the historical structure. 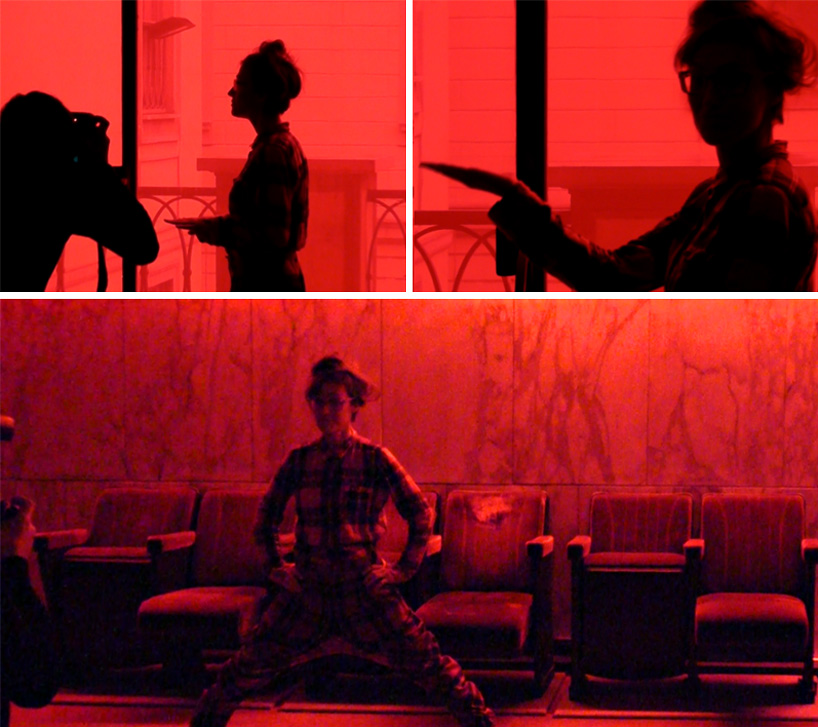 ‘parasimpatico’ has been conceived with the intention of trying to metamorphose the former cinema into a large, living creature, mingling cinema and television, hallucinations and high-definition images. pipilotti rist has lavishly decorated practically all aspects of the space, from the public lobby and grand staircase, to the auditorium and bar, to even the bathrooms, restoring the vibrancy of manzoni. 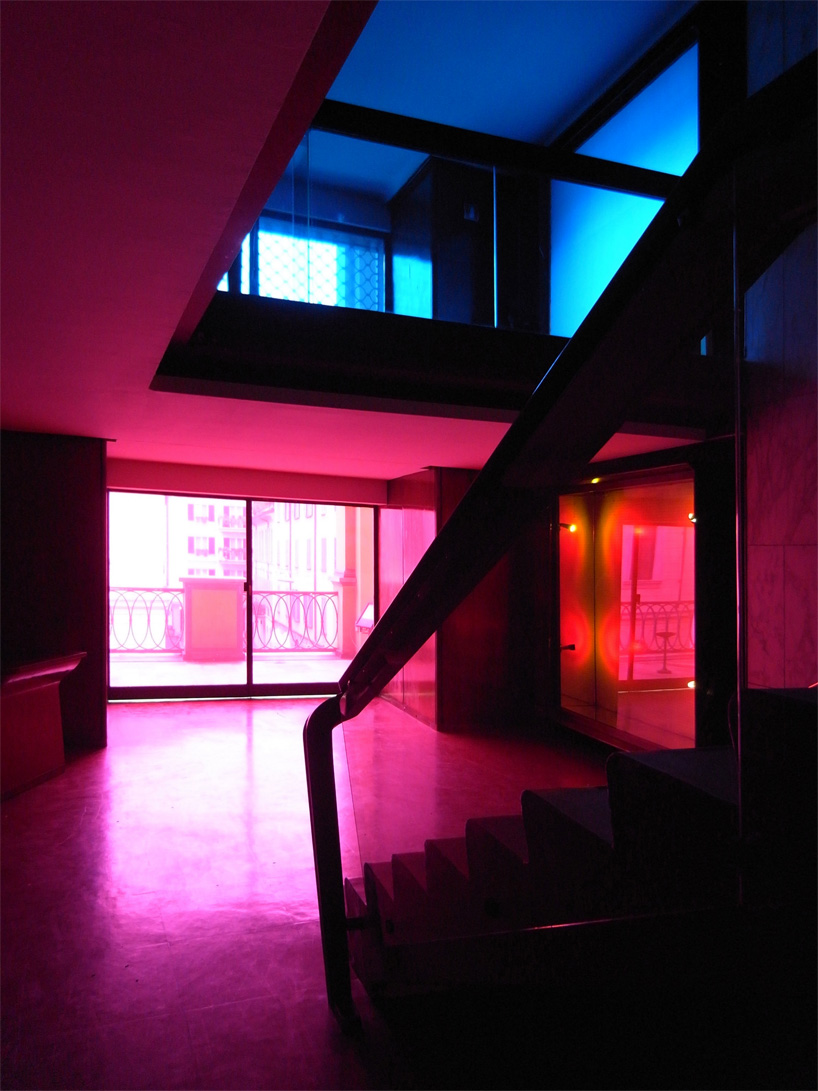 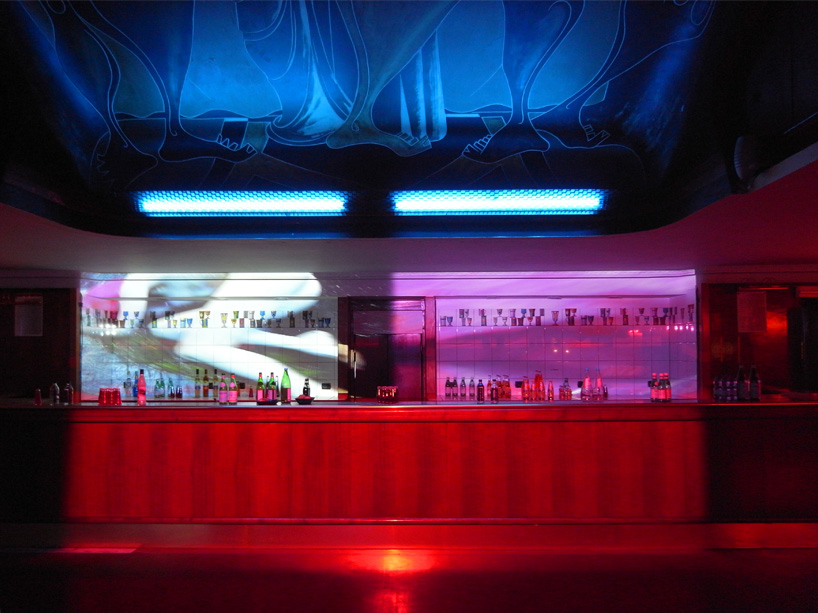 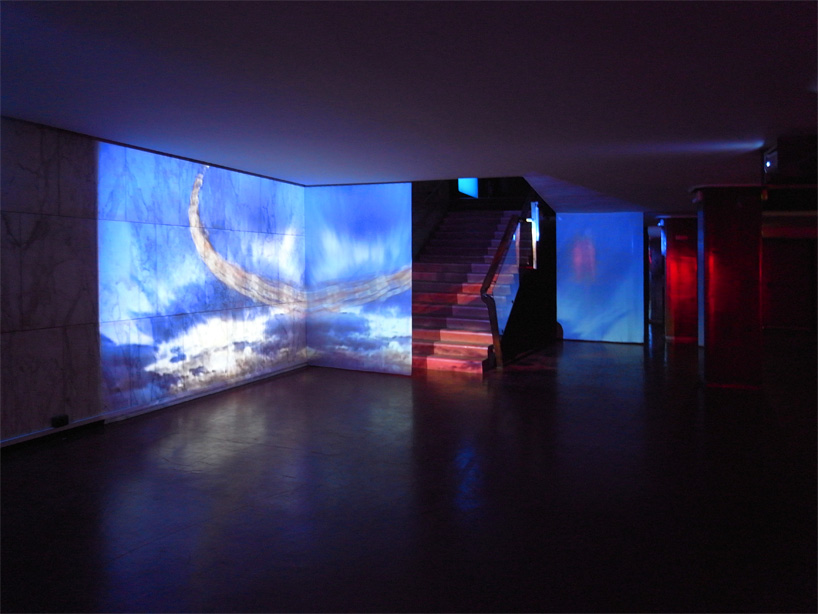 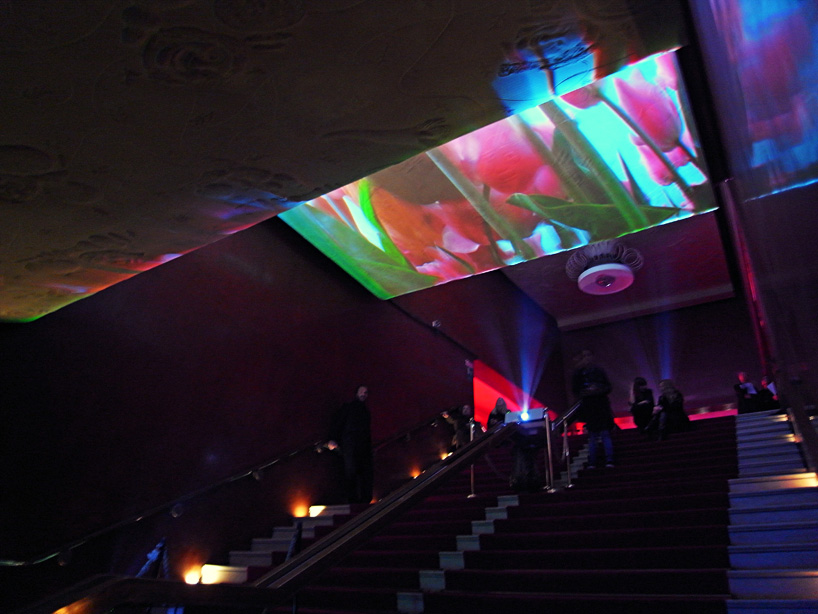 ‘lobe of the lung’ audio video installation, projected on the ceiling of the cinema’s main entry staircase image © designboom

exploring human sexuality and media culture, the depicted images are in motion, fused with a provocative blend of fantasy and everyday life and transforming familiar subjects, themes and places into mental projections of desires and emotions, that can here be experienced both visually and physically. pipilotti rist combines these themes, presenting them in a sort of kaleidoscope of subjects, constantly changing.

‘I have always considered video to be the most wonderful repository for my fears, my desires, my subconscious, the pictures in my head. so I have never understood why these images have to be contained. when I close my eyes, my imagination roams free. in the same way I want to create spaces for video art that rethink the very nature of the medium itself; I want to discover new ways of configuring the world, both the world outside and the world within.‘ – pipilotti rist 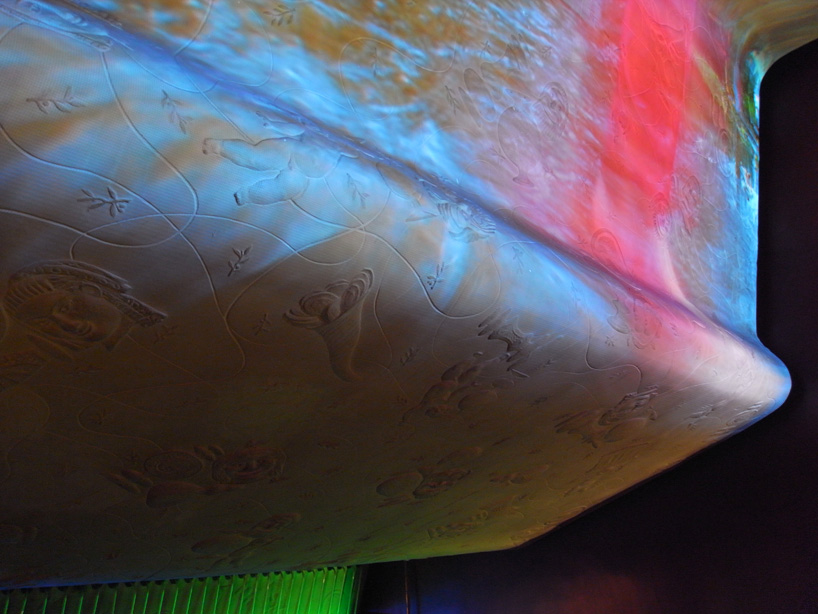 works are projected throughout the cinema space image © designboom 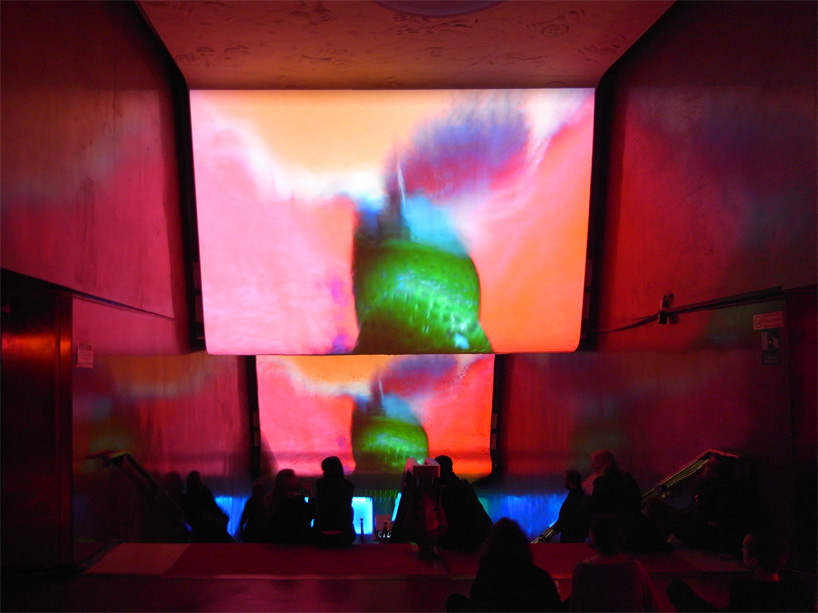 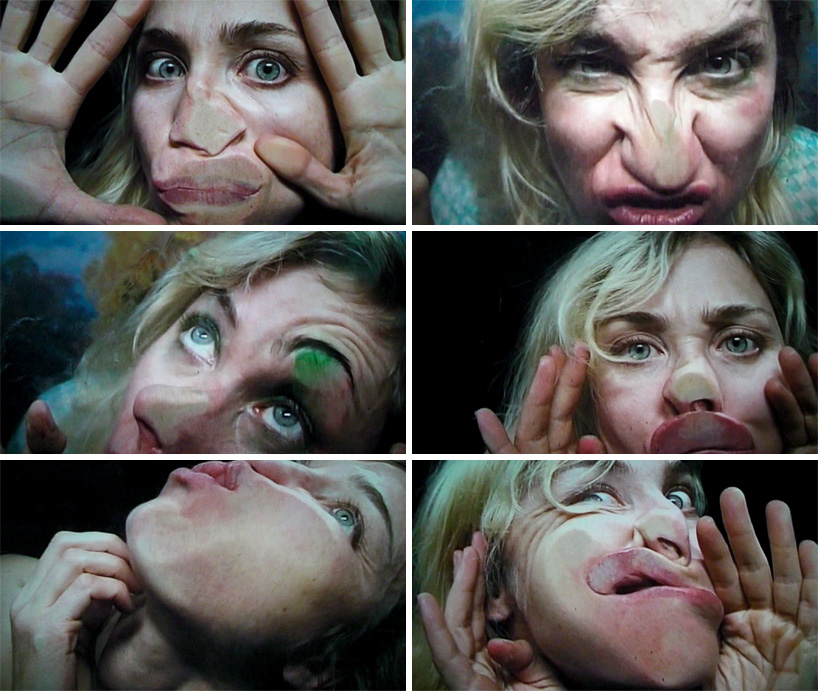 ‘open my glade’ by pipilotti rist 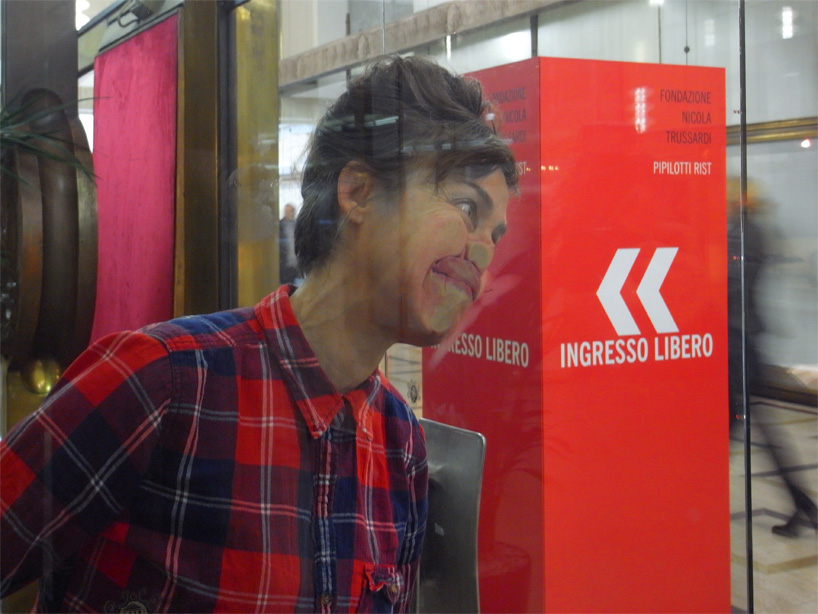 born in grabs, switzerland in 1962 as elisabeth charlotte rist, the artist adopted the unconventional name pipilotti, which combines lotti, a nickname for charlotte, with pippi longstocking, the astrid lindgren character with whom she strongly identified. she studied applied arts, illustration, photography and visual communication in vienna and basel, and founded the all-female rock band, les reines prochaines, with whom she created albums, concerts, videos and live performances. this background ultimately led her to take an artistic career that has seen her exhibit in some of the world’s leading art institutions most recently including: hayward gallery, london (2011); the museum of contemporary art, tokyo (2010); fundació joan miró, barcelona (2010); KIASMA, helsinki (2009); museum of modern art, new york (2008); and centre georges pompidou, paris (2007). 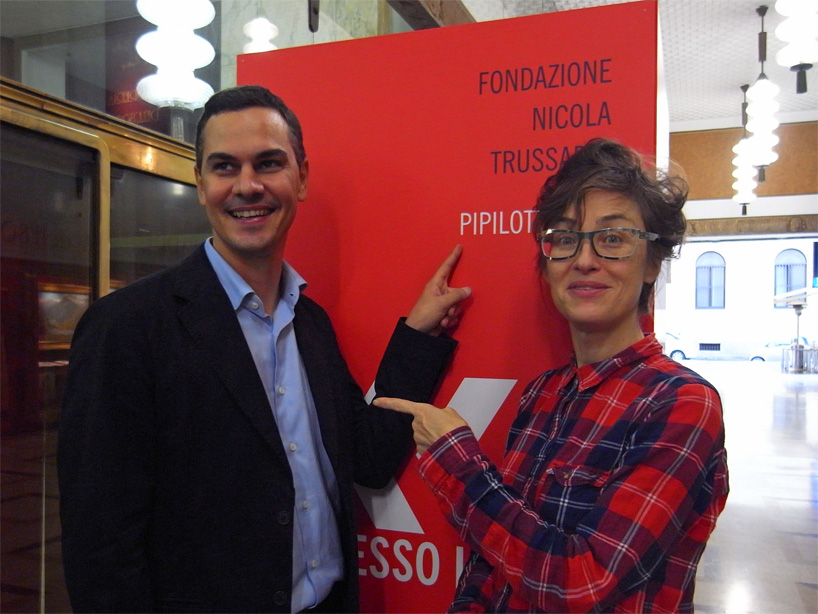 cinema manzoni was designed by architect alziro bergonzo and opened its doors in 1950. it is part of an edifice conceived to house

shops and commercial venues on milan’s prestigious via manzoni, in the heart of the city. home to over 5000 square meters of surface area,

the interior is richly decorated and frescoed. the auditorium once sat an audience of 1400 people, showing only first-run films,

and was used as a site of important films such as michalengelo antonioni’s ‘story of a love affair’ (1950) and ‘the lady without camelias’ (1952).

in 1955 it was the first theatre in italy, and the third in the world to introduce cinerama, an innovative three-screen panoramic projection system,

making it one of the most remarkable cinemas in milan and the whole of italy for over fifty years, until its closing on september 26th, 2006. 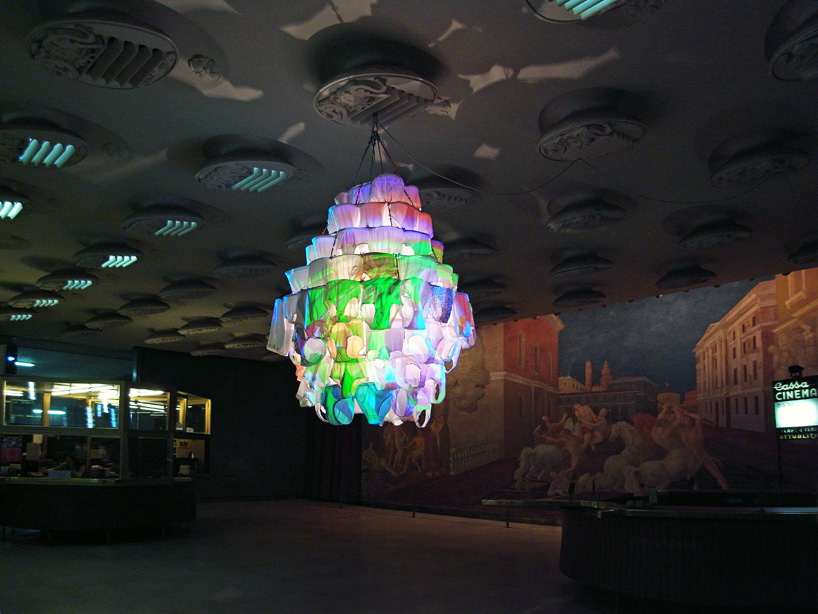 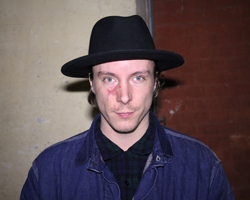 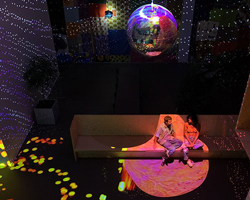 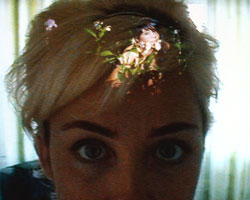 Mar 17, 2019
interview with pipilotti rist as major exhibit opens at the louisiana museum of modern art 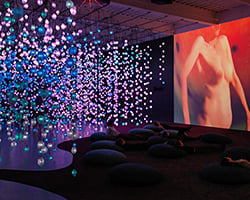