in rome, italian artist pixel pancho has turned galleria varsi into a dystopian scene from one of his own paintings, transforming the exhibition space into a seemingly forgotten landscape. for the solo exhibit ‘androidèi’, the turin-based creative adds a selection of his work to the walls, each of which embody his interest in technology, mythology, and metaphors. robots and gods become one entity, which intermix supernatural and sacred elements to become iron and oxide. in pixelpancho’s universe, broken and dented robots decay on the ground and rusted copper bodies fall into discarded oblivion. although the scale of his work varies, his surreal world is a constant theme that threads through both contemporary and historical references. 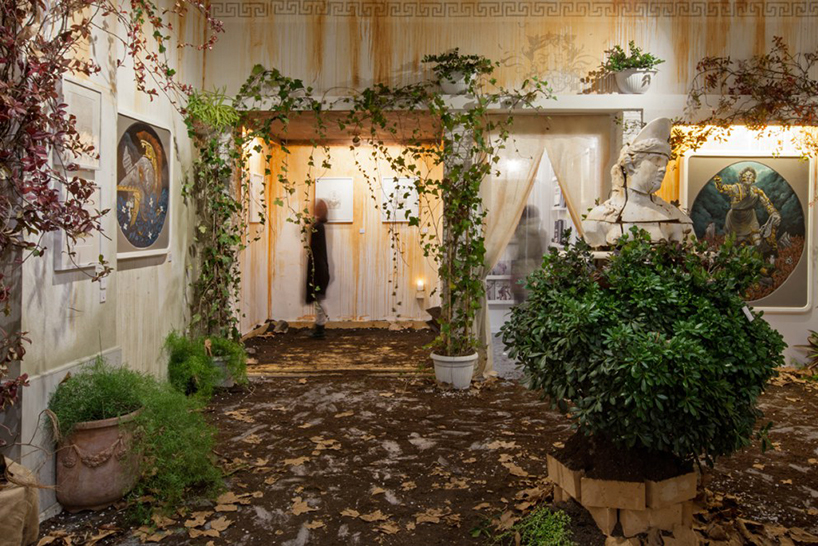 the gallery in rome is transformed into a forgotten landscape

pixelpancho’s paintings on paper, canvas, wood, and walls feature man as the protagonist, despite humans never appearing in the flesh. this theme is drawn from the need to explain the phenomena of the cycle of life as an inherent part of human beings. for thousands of years, men have turned to divine creatures to obtain answers, but over the centuries these entities have changed. as men did with the gods, human beings now project their desire for perfection and immortality on robots, creating them in an effort to overcome their human limitations. 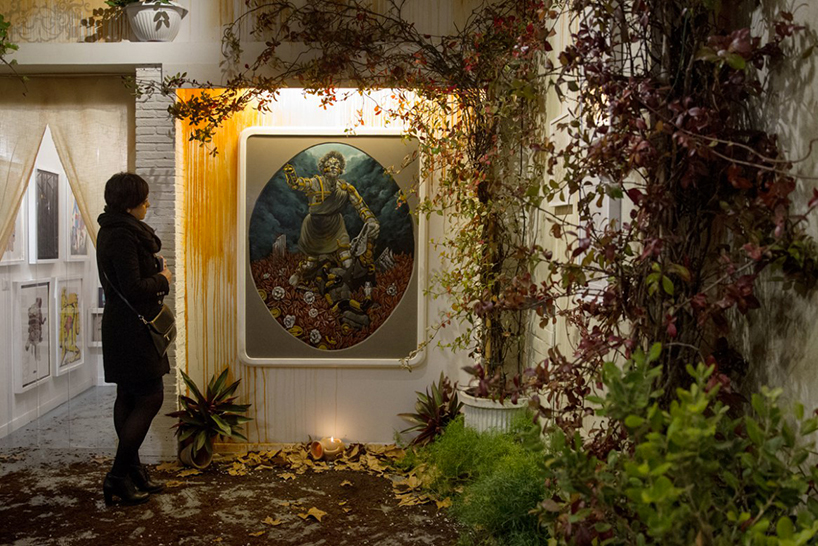 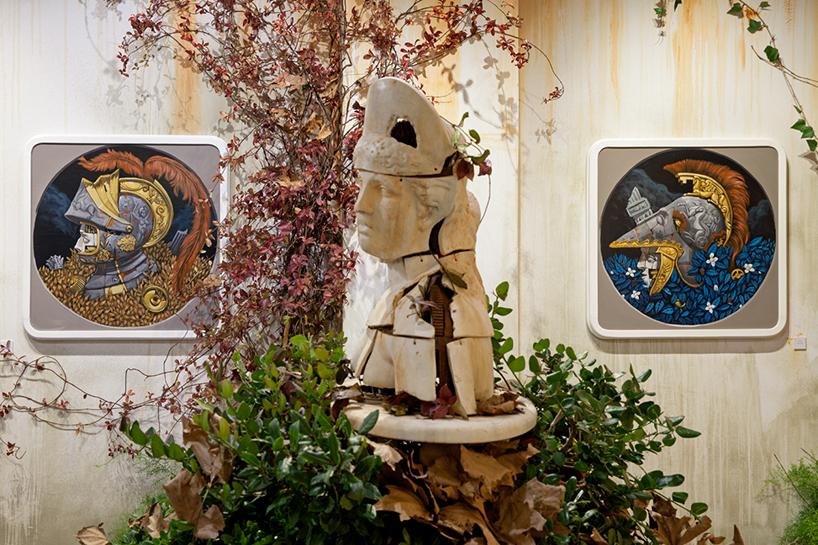 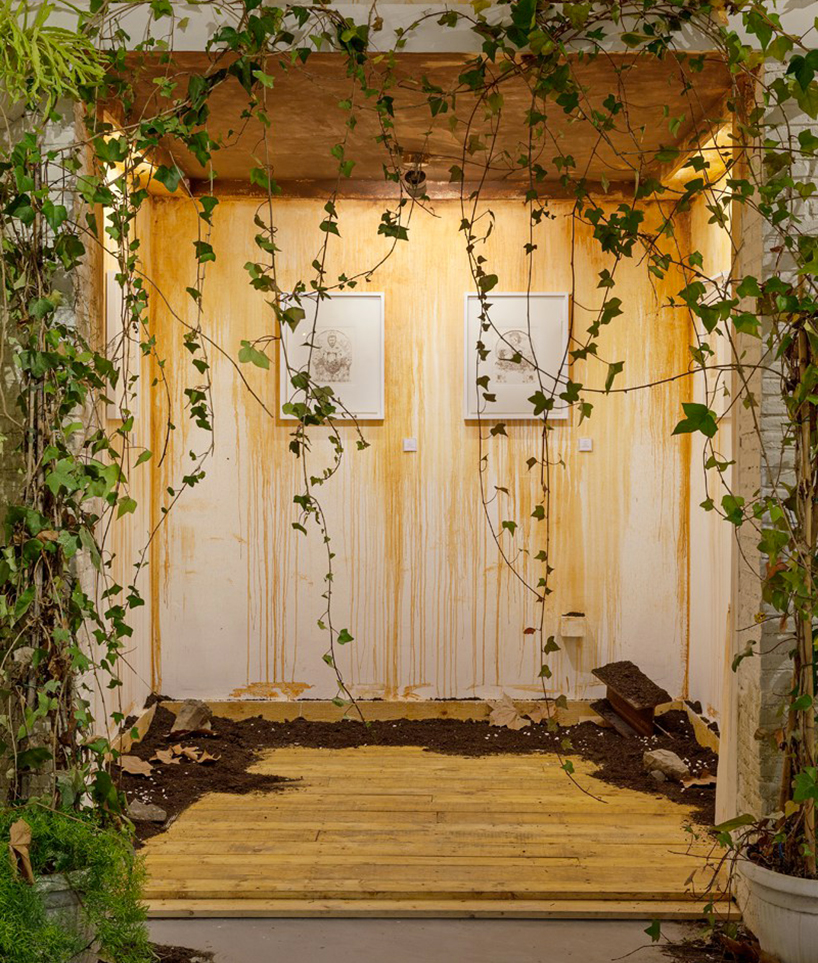 small works are exhibited in a back room, whose walls drip with dirt and grime 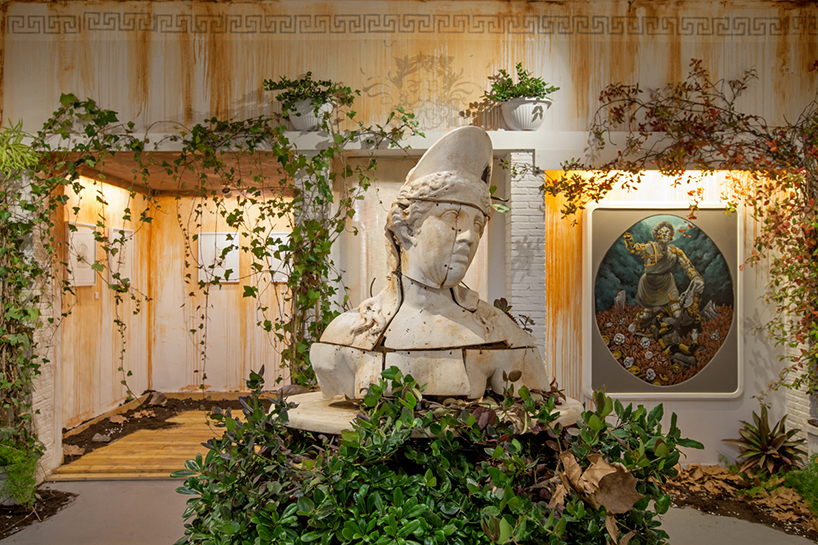 the sculpture ‘aphrodite’ is situated at the center of the exhibition 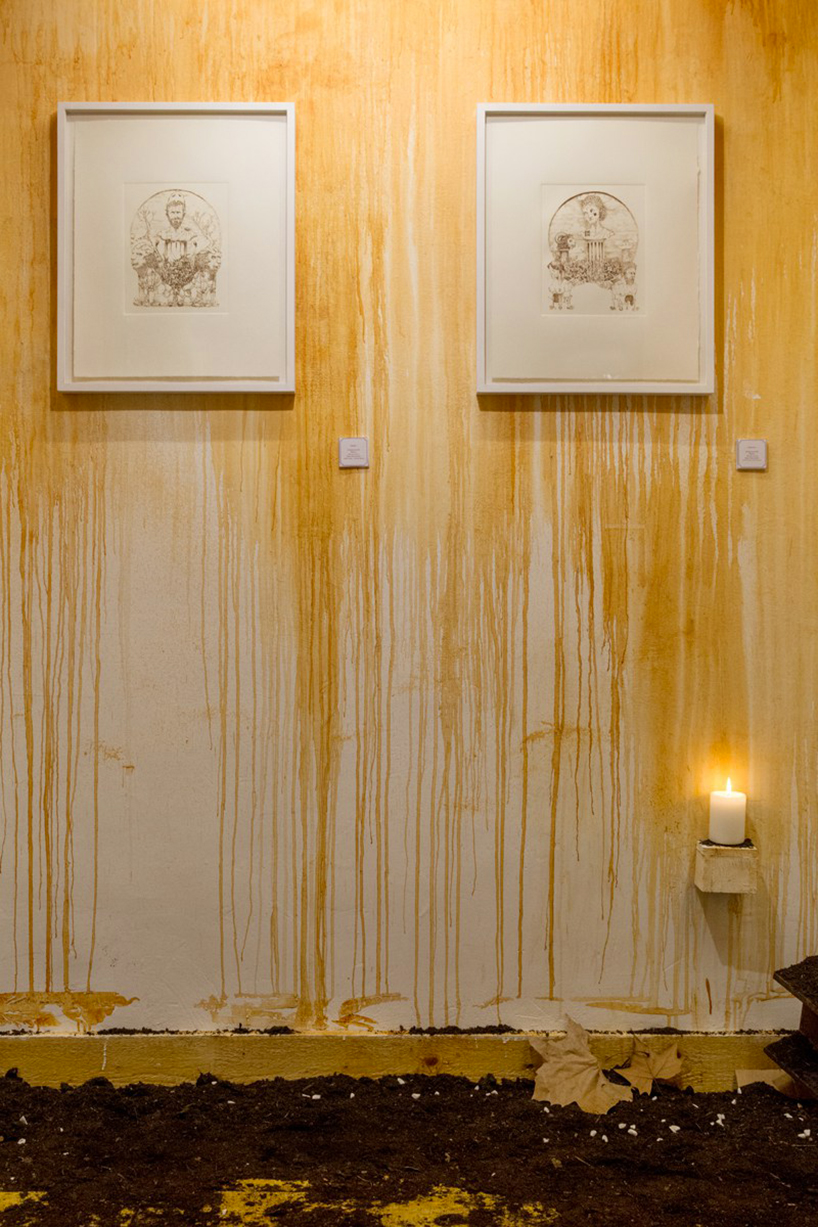 small works on paper are exhibited in an intimate room 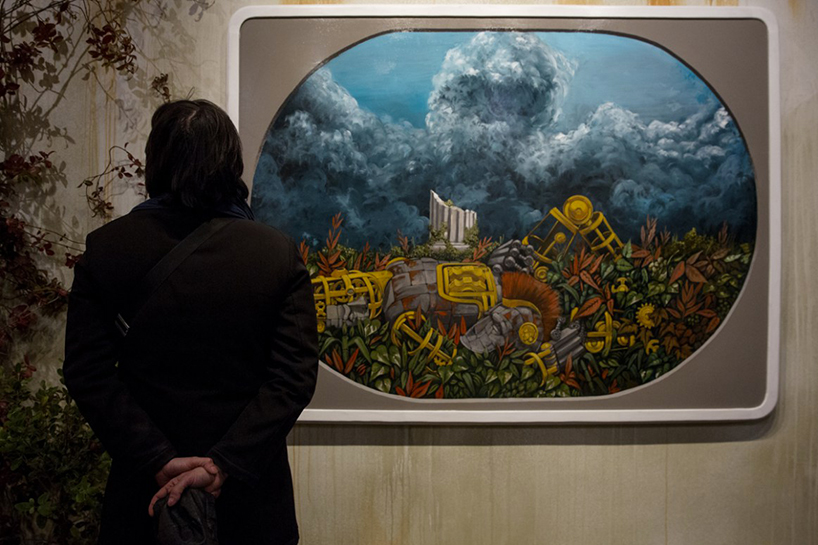 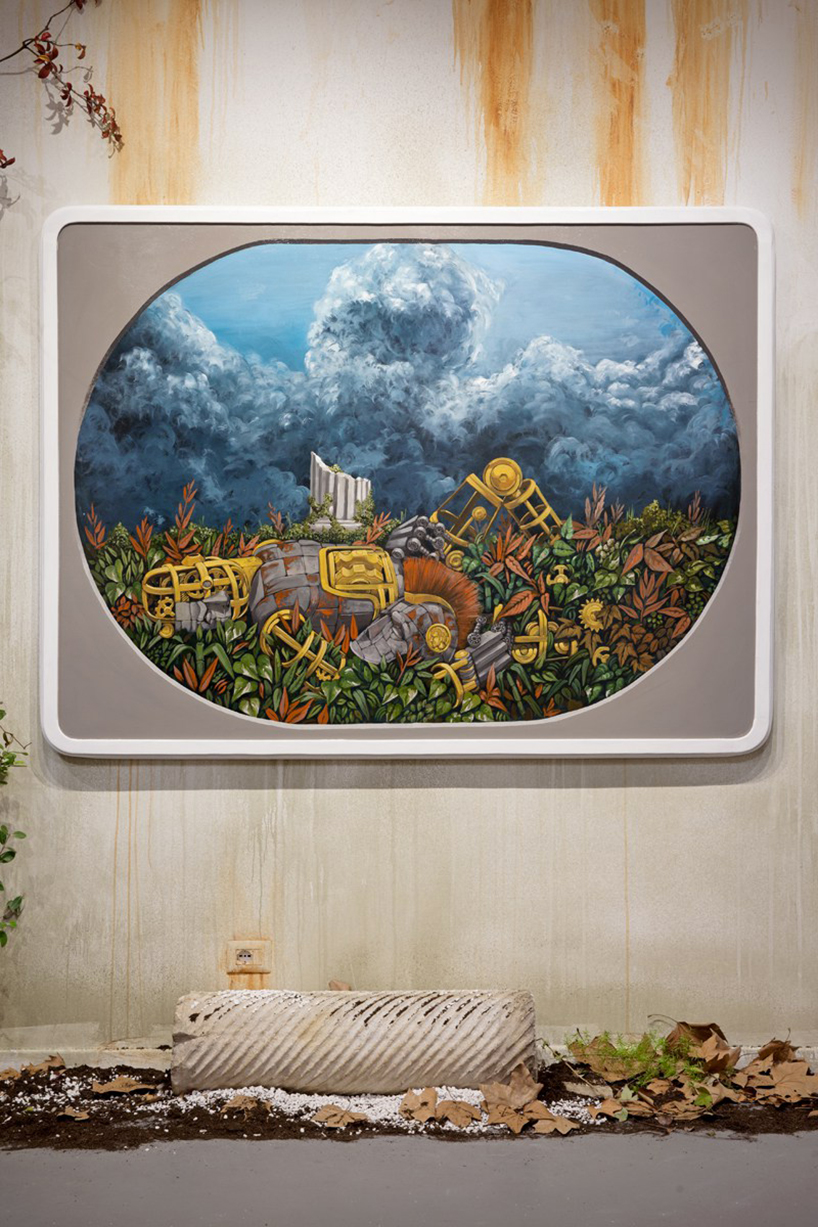 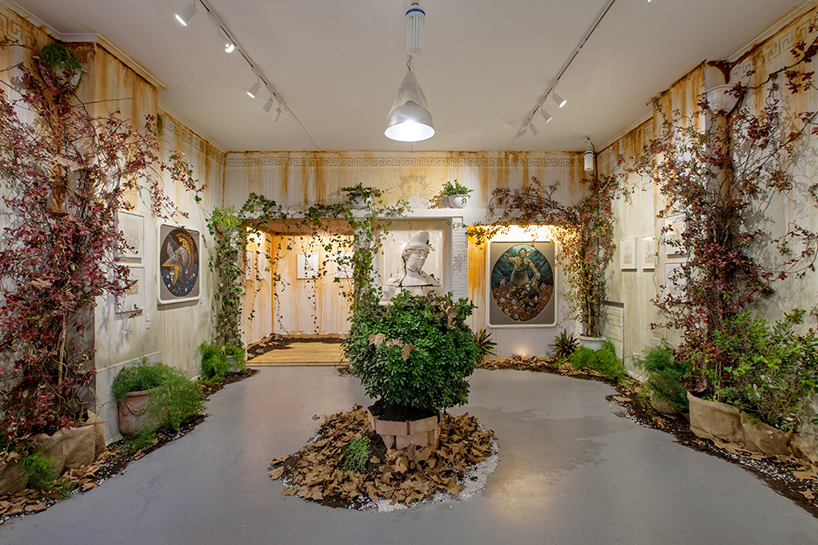