the french motion/sound graphics company pixelux studio has recently created an interactive and generative installation that thrives on the power of the collective effort.  twenty-eight bicycles connected – through a rather complex integrated system of light, sound, and video – to a continuous three-dimensional display around the statue of the venerated king louis XIV interprets the physical work of the cyclists into a visual and audible display in a three-minute stint. the intensity of the light-show is entirely based upon the exertion of the users, with thebicycles’ top speed being rewarded with an all-white maximum-power light and a fireworks display to reward the riders.

the designers explain the inner workings of the incorporated technology behind the installation:

‘everything is done with touch designer: graphics, animation, particle and physics, shading and glsl,  rendering, programming, light control (dmx), sound modulation (a bridge with ableton live). the main challenge was to render generative and  360° seamless graphic texture. bike’s data flow is processed individuality and as a group to modulate different generator, creating different levels of graphics, set according the main timeline.a sequence of 240s that drive the rise of the energy until the climax. the cube becomes pure energy, lighting up the statue (louis xiv) and a burst of fireworks to reward our riders.’ 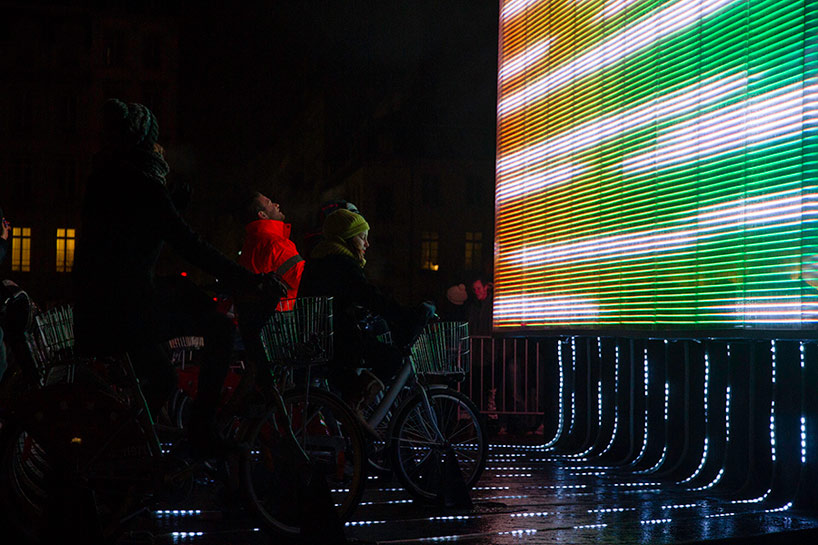 cyclists power the display with the speed of their pedaling 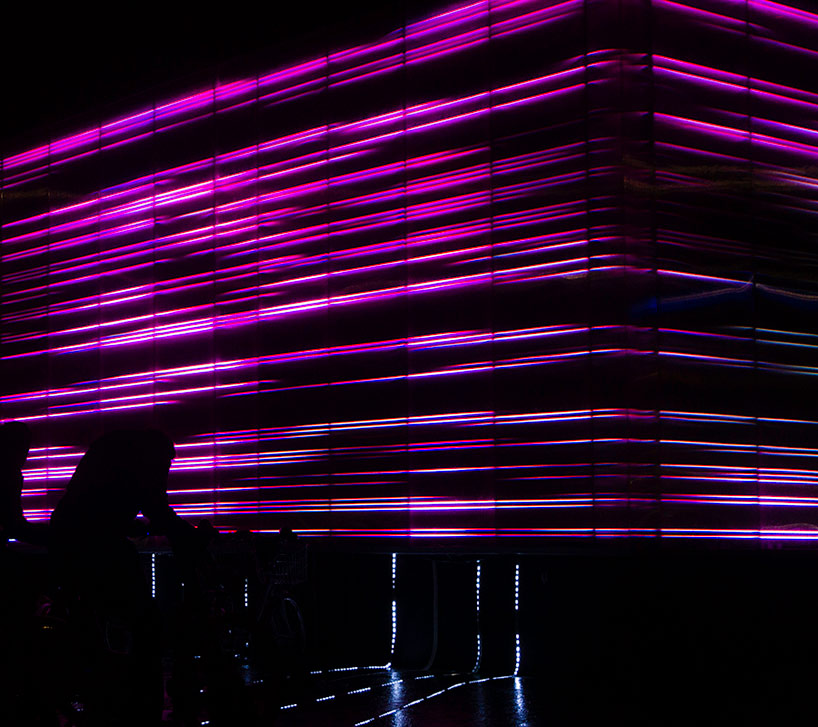 color, sound, and intensity are linked to individual cycling speed 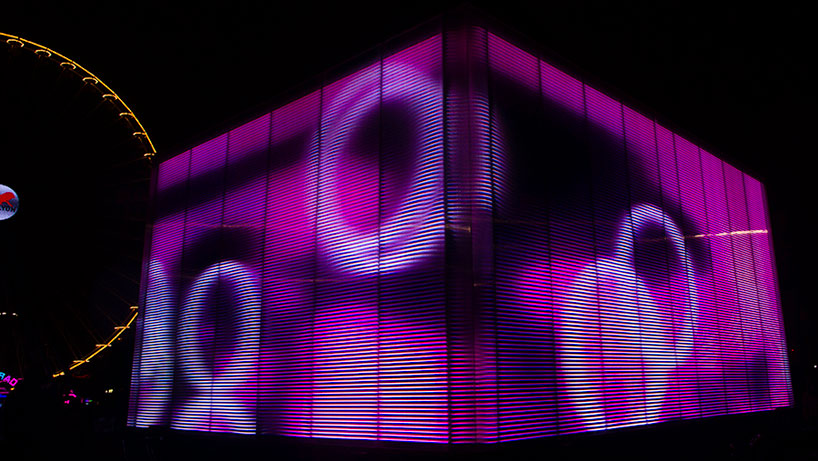 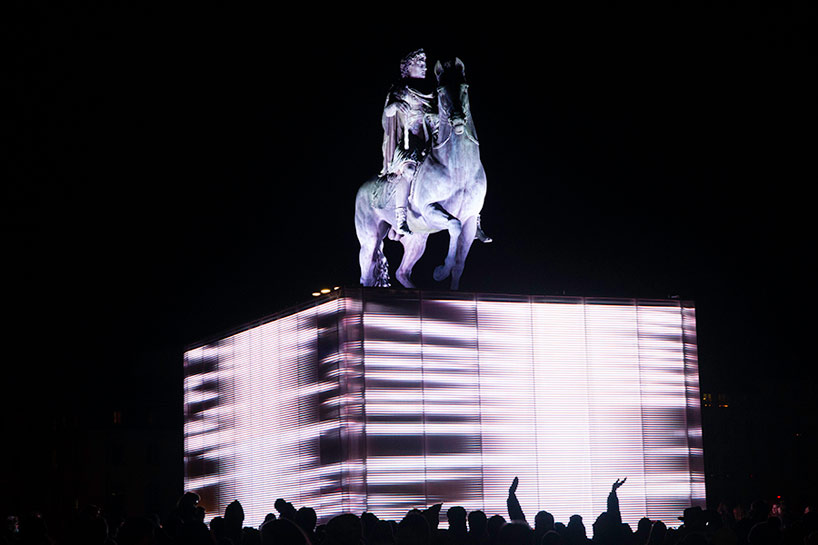 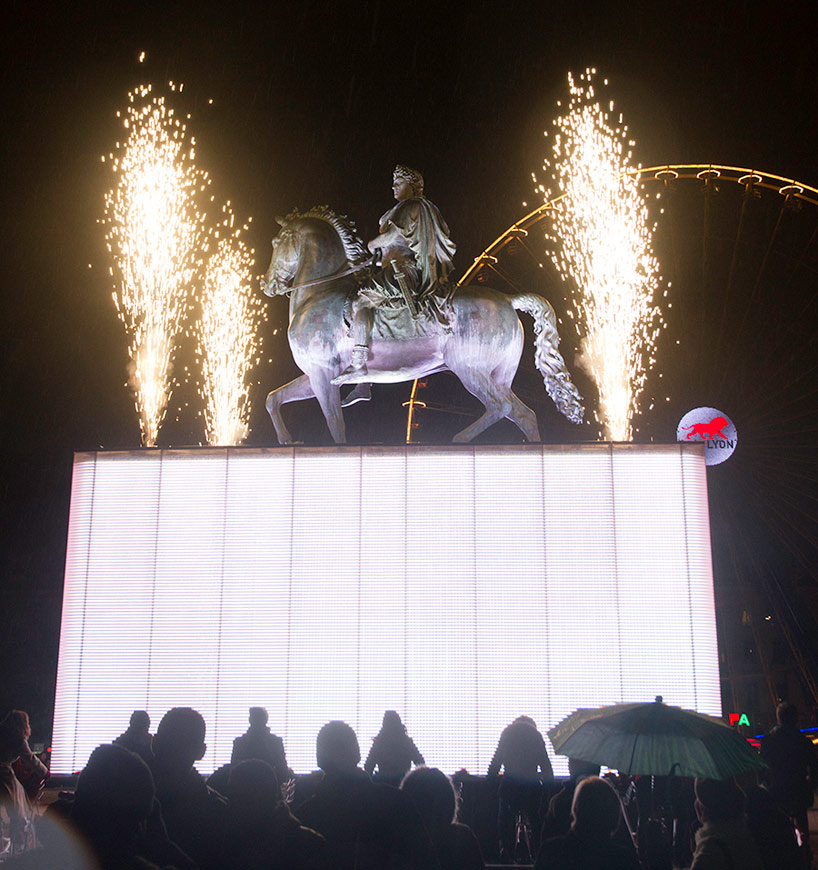 when all bicycles are running at full speed, the dispaly turns white rewarding spectators with a fireworks display