japanese artist satoshi hirose has created the sculptural work ‘island: an existence of nine years’ on show in the ‘winter garden’ exhibition at galleria maria grazia del prete. the piece is formed from plastic– a heap comprised of caps from the recyclable tops of plastic bottles gathered by the artist over the course of nine years. the found-object island rests on a rectangular wooden platform which has had a small nook cut into one of the two longer sides of its base; this undersized shelf contains an assemblage of golden beans. the massive shape fills the center of the gallery space, inviting the viewer to interact with the piece by moving around it as he/she contemplate the form resulting from the accumulation of insignificant everyday items over a great expanse of time. 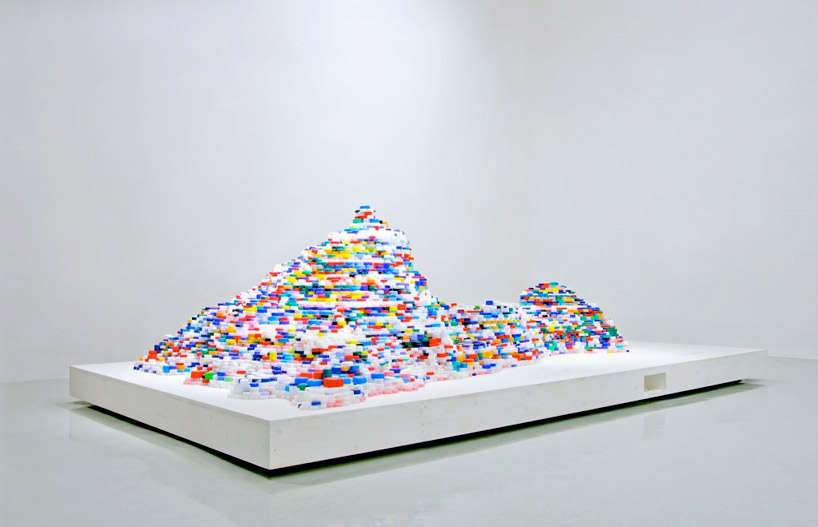 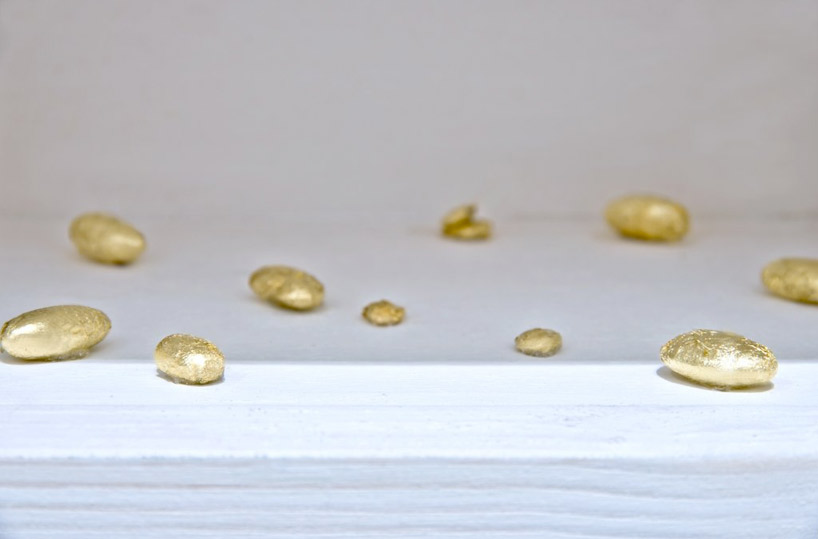 detailed perspective of the golden beans 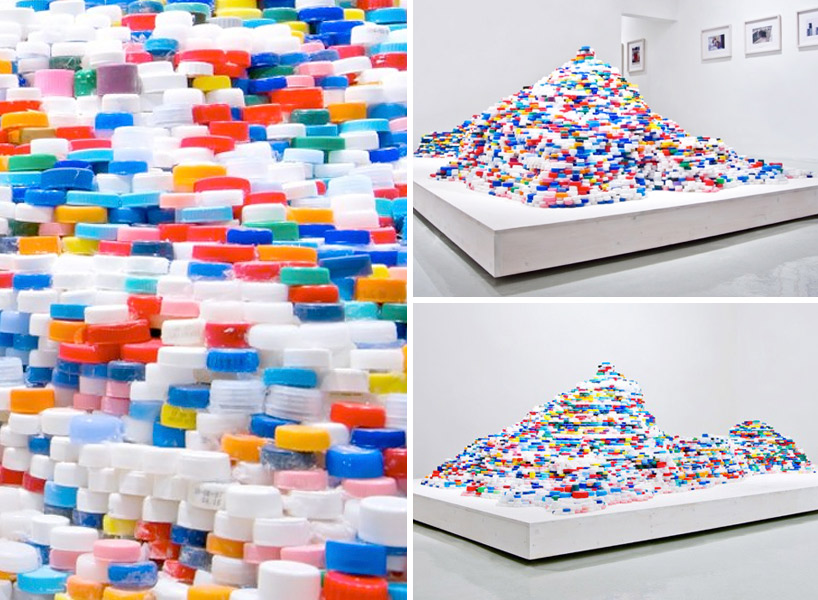 left to right (clockwise): detailed view of bottle caps, view of the work from top and side perspectives