ús barcelona was born out of the determination to revitalize urban spaces which have lost their social functions. the festival celebrated its second year with dozens of street art projects including ‘pneumàtic’, a collaborative series by octavi serra, iago buceta, and mateu targa. 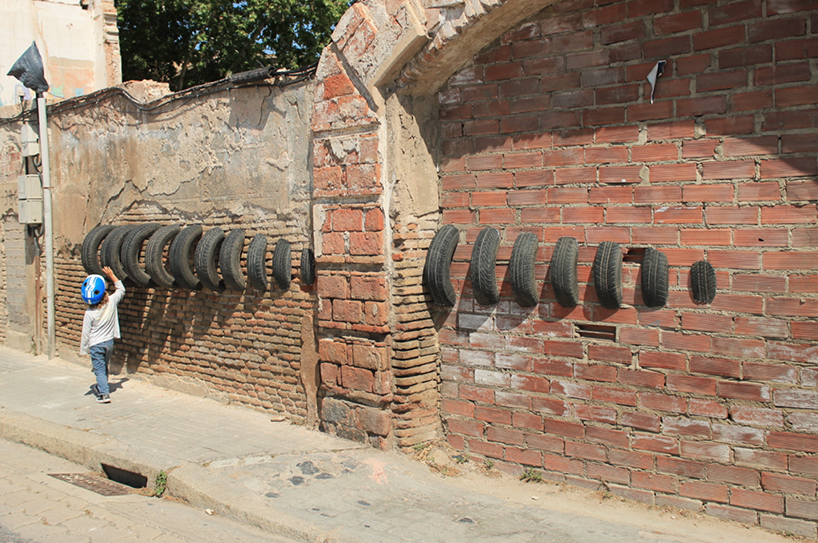 a helmet-clad visitor explores one of the works

the works are made with cut salvaged tires, which were then hung in various situations and environments around the urban landscape of barcelona’s ‘tomato district’ — also known as the ‘manchester’ of catalonia. by going beyond the formal limits of the walls, onlookers are initiated into a playful dialogue between physical and imagined worlds. 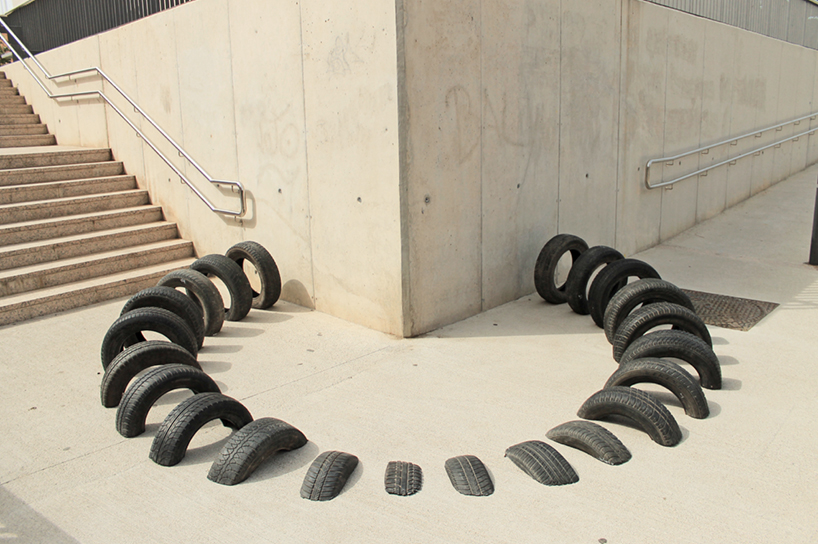 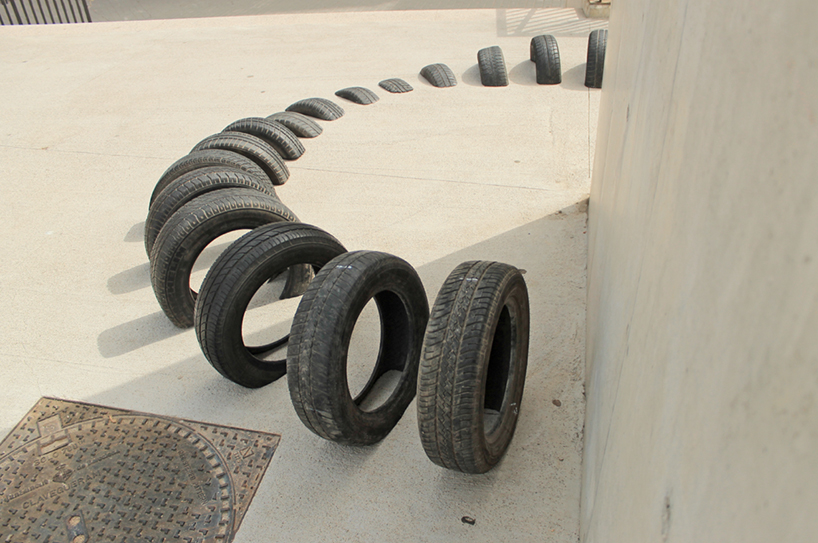 the tires seem to dissolve into the ground 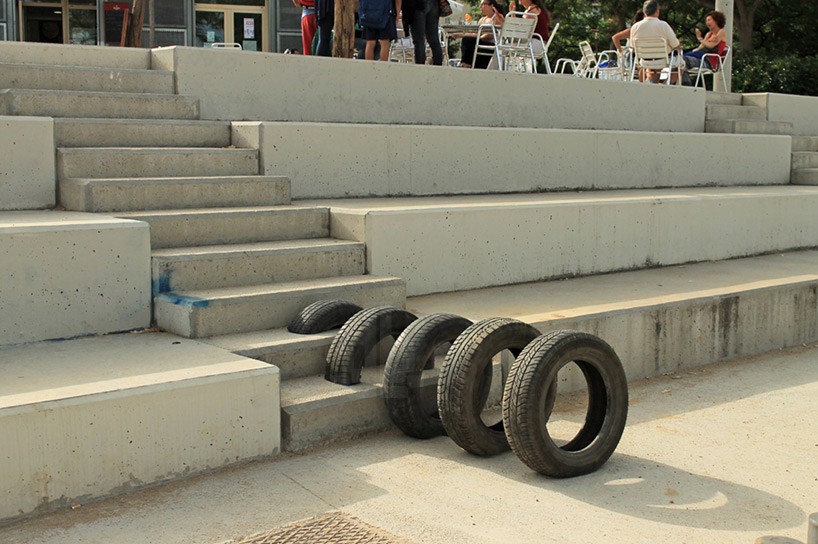 expanding from the stairs 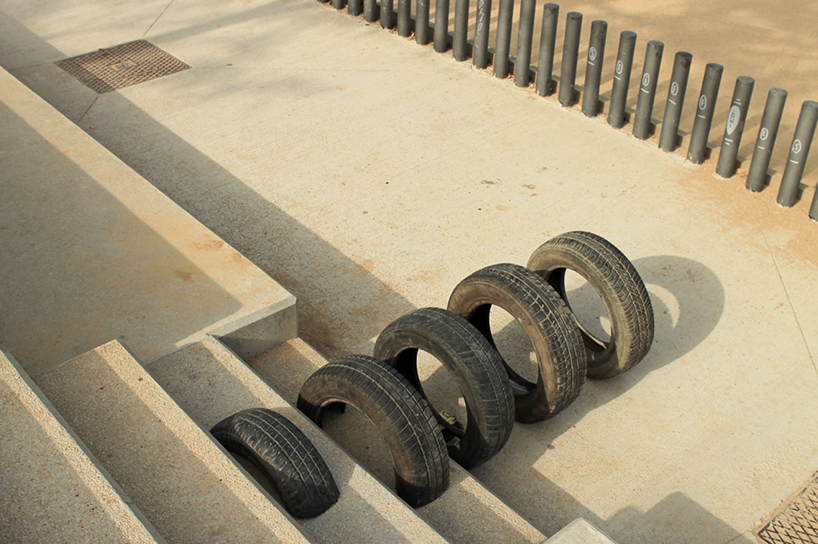 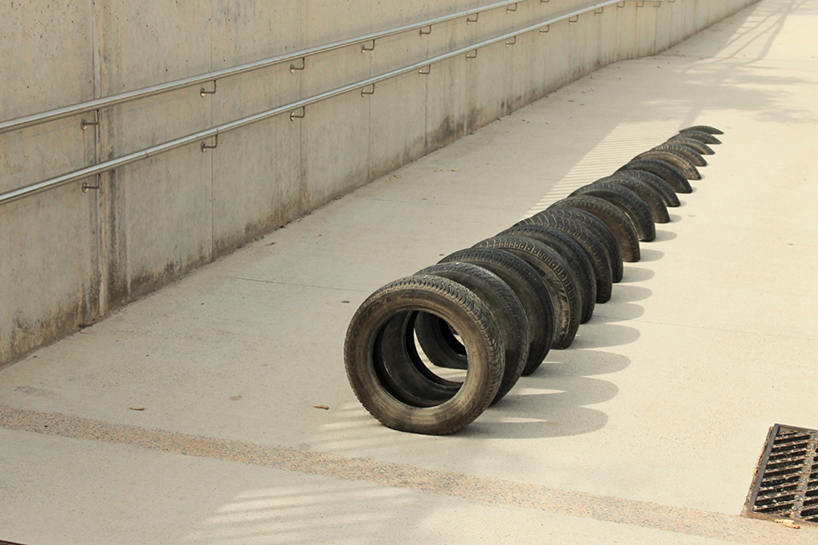 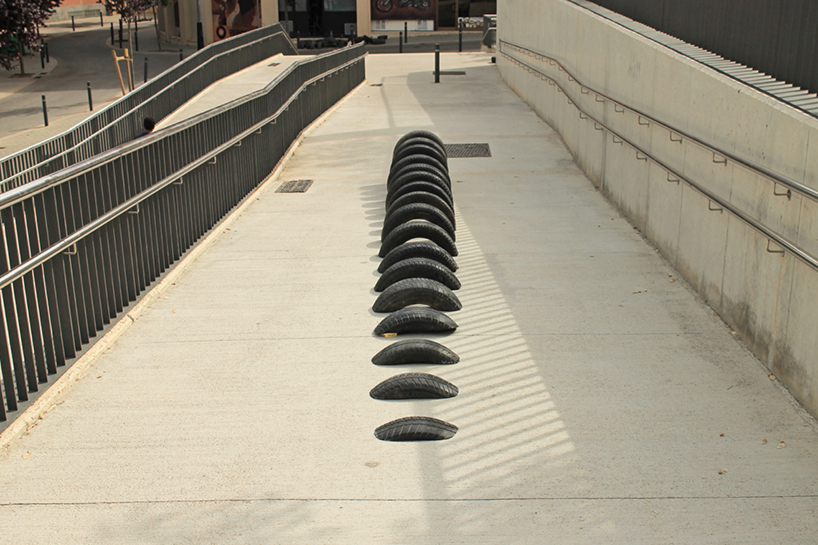 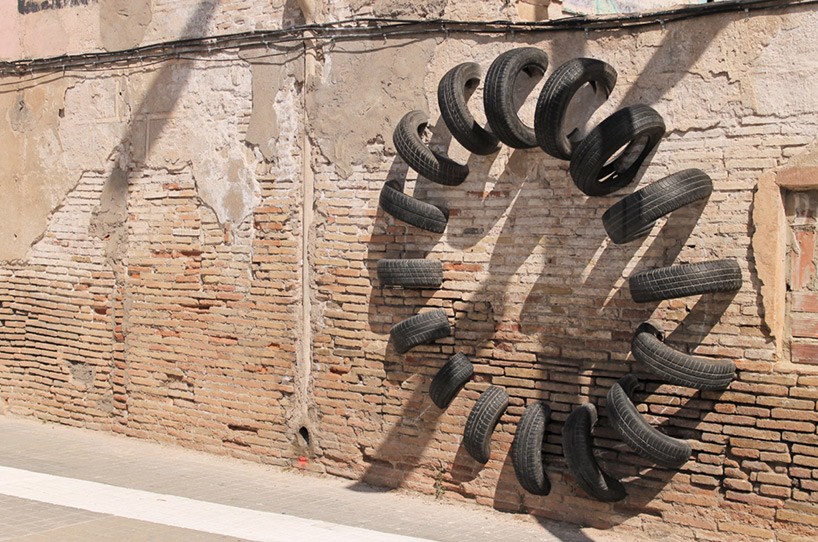 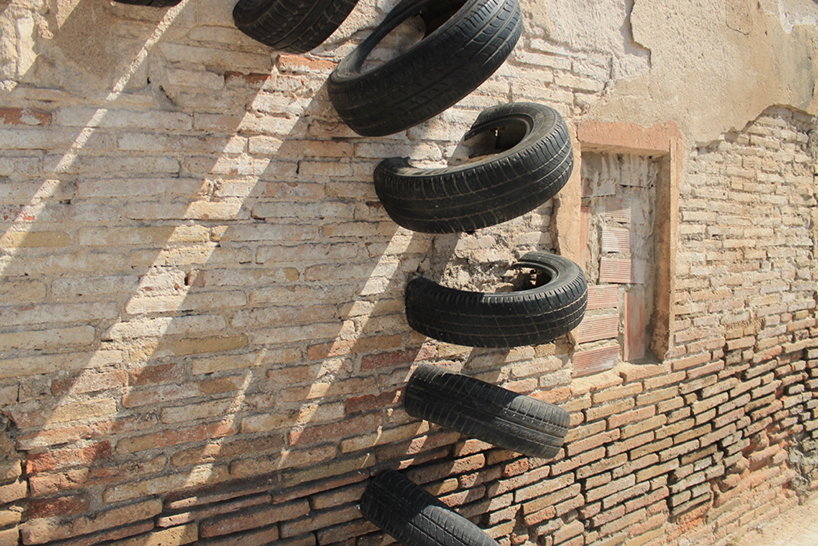 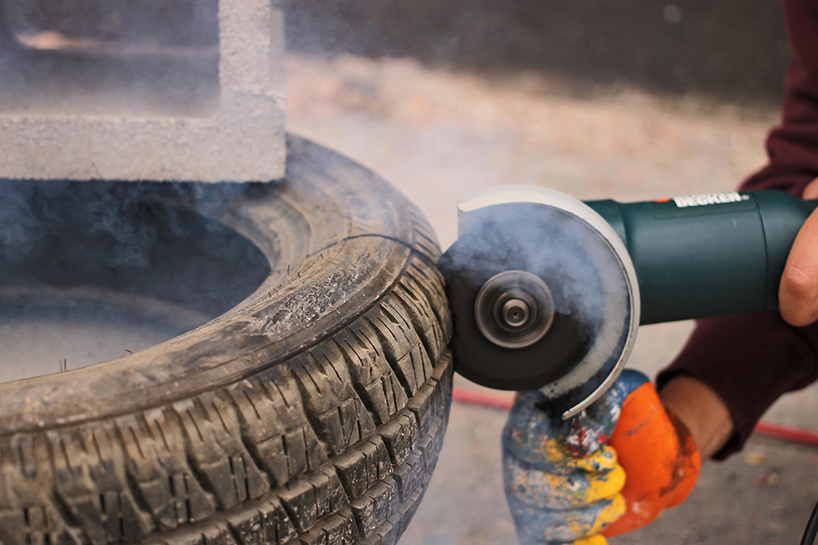 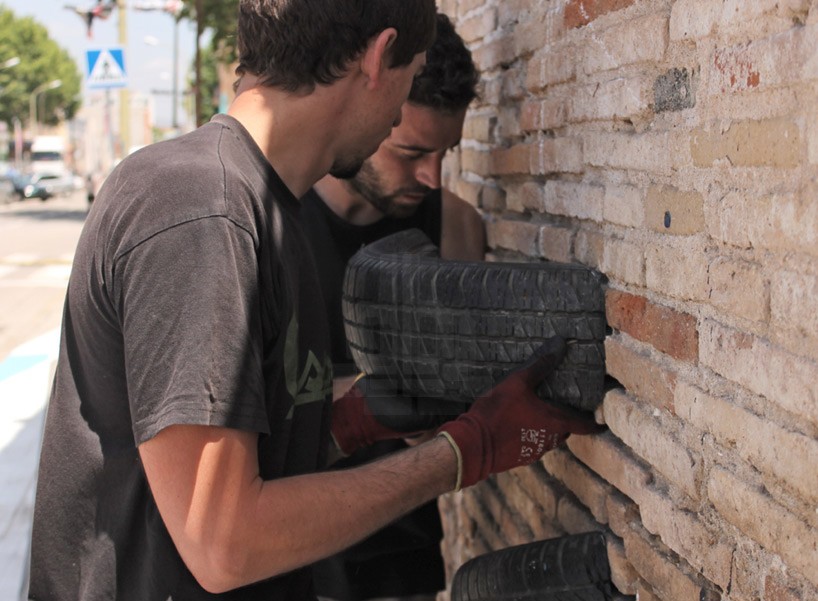 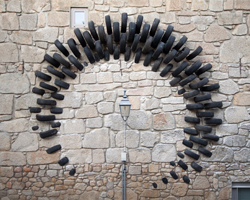 Oct 22, 2017
cumul's installation in portugal is made with tires and placed upon an urban landscape 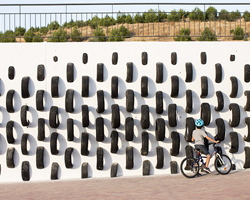