‘floating orchestra’ by london-based poietic studio (richard harvey and keivor stainer) is an unconventional electronic instrument controlled by iPhone. the orchestra is composed of levitating balls whose physical height determines their volume. although the studio intends that future renditions of the project are controlled via gestures, in the current model an iPhone application permits users to adjust the sounds and height and angle of the raising balls.

the project uses a lightuino microcontroller, linked to a max msp application, to vary the power transmitted to each of 19 air compressors. the iPhone application feeds data to the controller via wifi.

the designers note: ‘this idea is a great example of our curiosity led approach to the development of poietic studio’s work. it began with a happy accident when we discovered the levitational effects of an air compressor and a sphere, [and] this mindset of play has remained a focal point from concept through to the final piece.the max app [used], c74, includes a linear actuator, allowing the entire piece to go on one side. we wanted to demonstrate the amazing gravity-defying properties that this kind of levitation is capable of.‘

video demo of the levitating motion of the balls 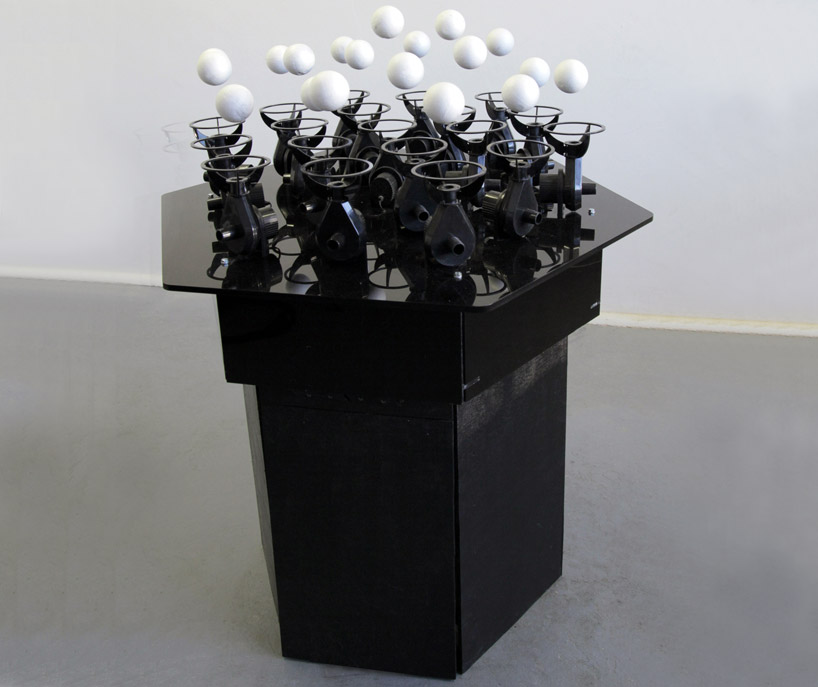 full view of the piece 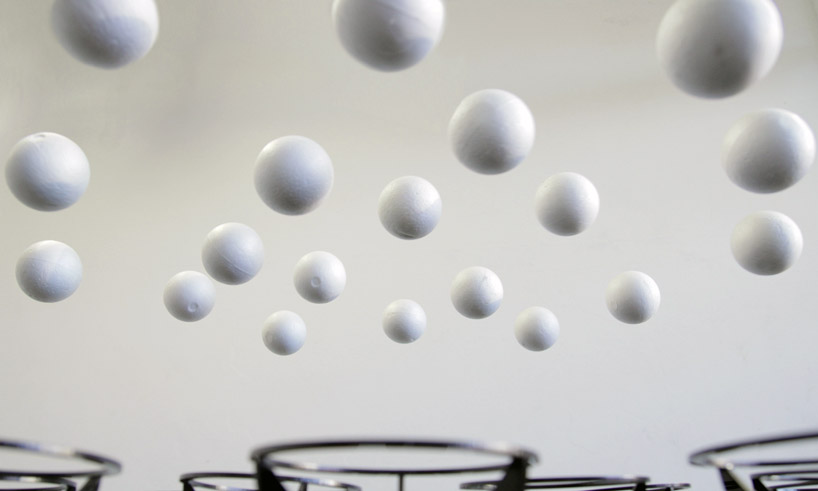 closer view of the balls levitating, via air compressor 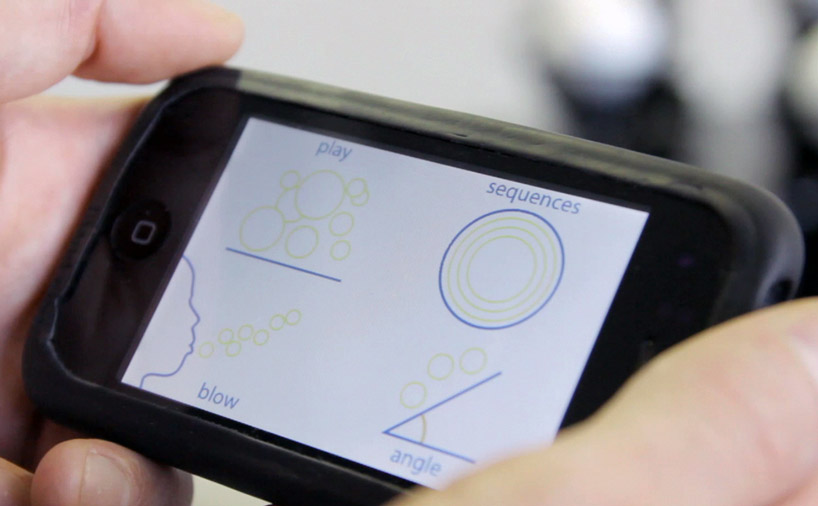 the device is controlled via iPhone application 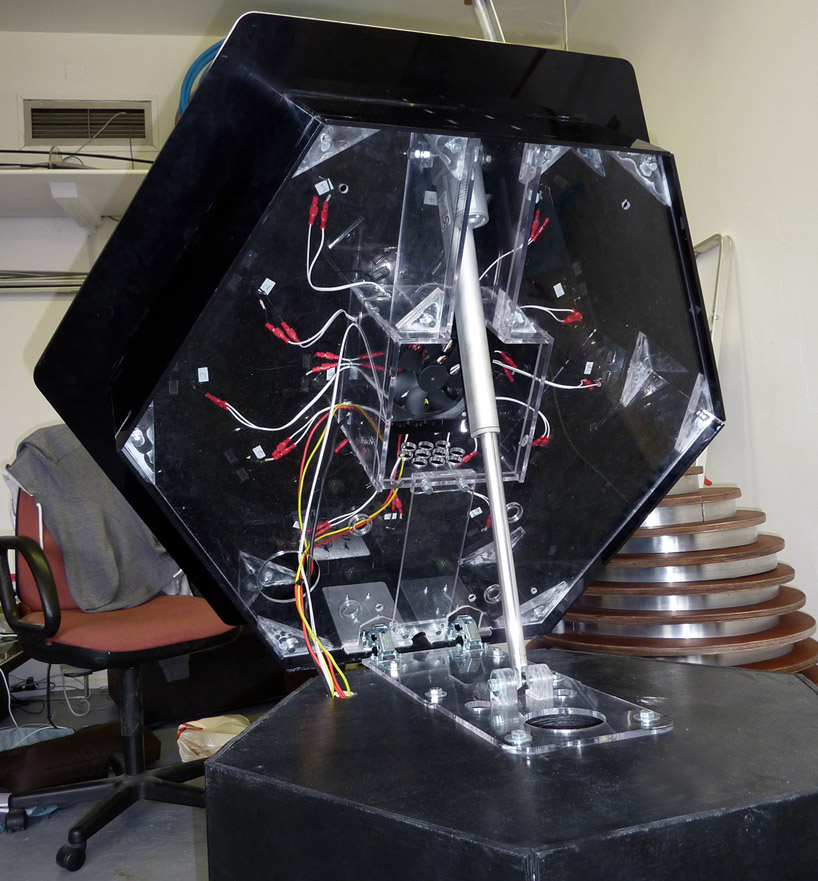 view of the hardware, hidden underneath the base 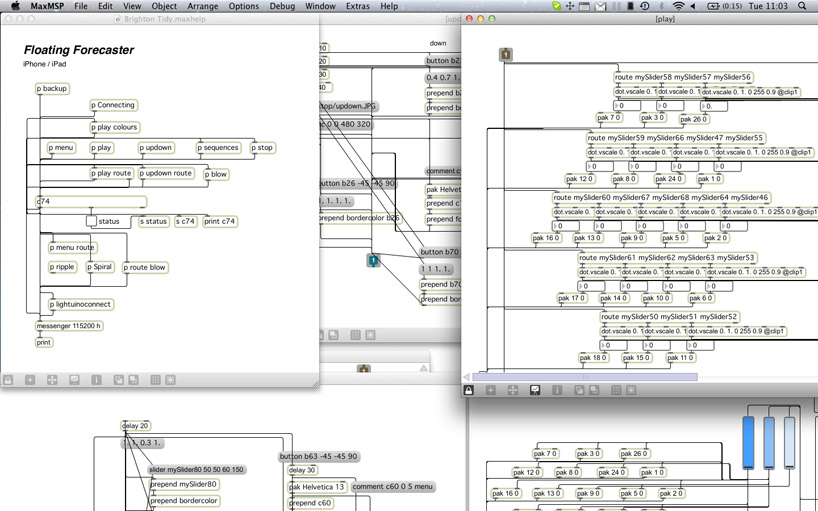 screenshot of the max msp patch used to control the instrument