artist david mesguich has realized a monumental on-site sculpture of a female head, geometrically abstracted to be a polygonal form. made of recycled plastic, ‘pressure’ was folded into its final shape, then intertwined with a gated fence. the model’s prismatic structure refracts light and casts dramatic shadows on its surroundings. after being shown for week at la friche belle de mai in marseille, france — with support from backside gallery— mesguich decided to bring his sculpture to the city streets to see how it would interact in an urban environment. he chose an elevated freeway, the vehicle entrance point of marseille, where the geometric lady could watch over the whole city while gazing across the sea towards africa at the same time. 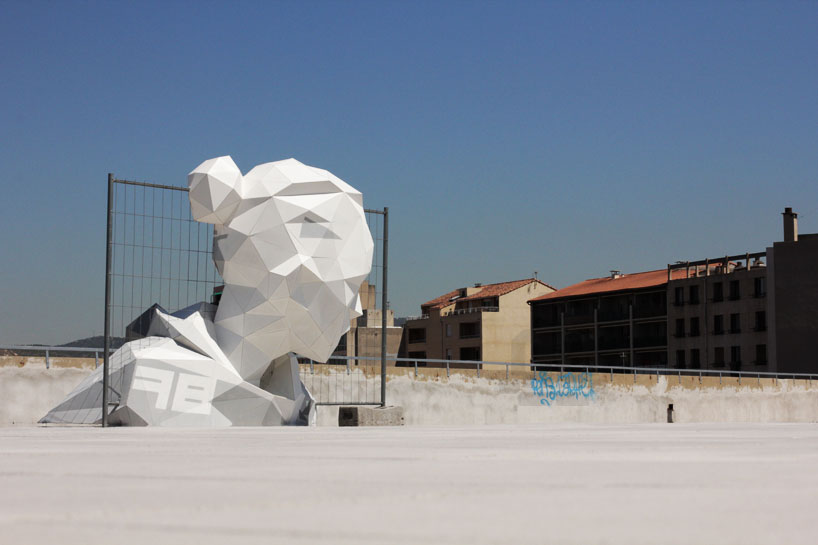 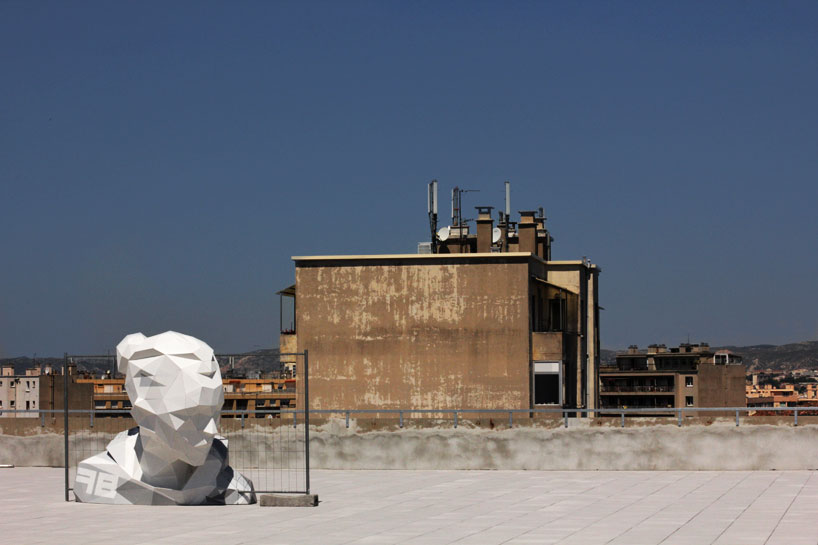 the geometric figure on the rooftop 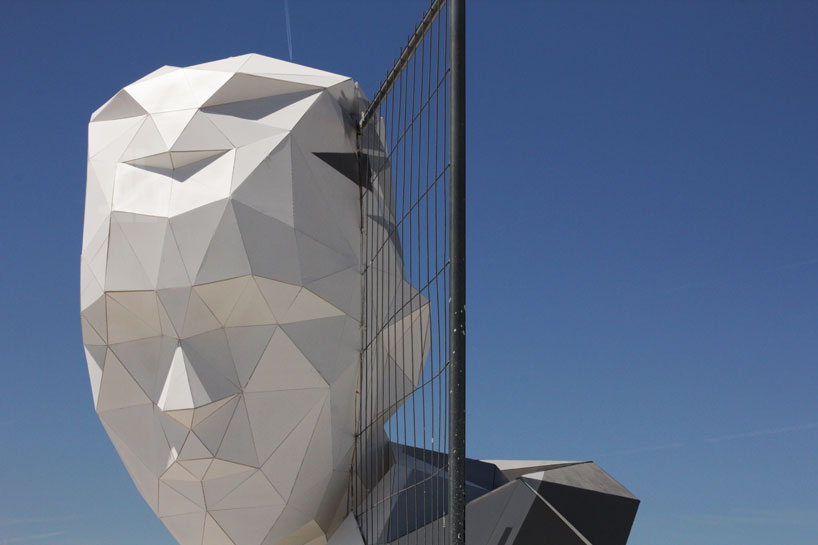 a detail of the folded plastic

the artist and his team left the statue on the highway, where it remained untouched for two weeks. after a storm damaged the project, mesguich was pleased to see that people from the city had come together to mend it. finally, however, the outdoor environment took it’s toll on the piece, and it was eventually destroyed from weather damage. for this project, mesguich was drawn to the idea of doubt and hindrance and wanted to tell the story of people who are ‘on the fence’. 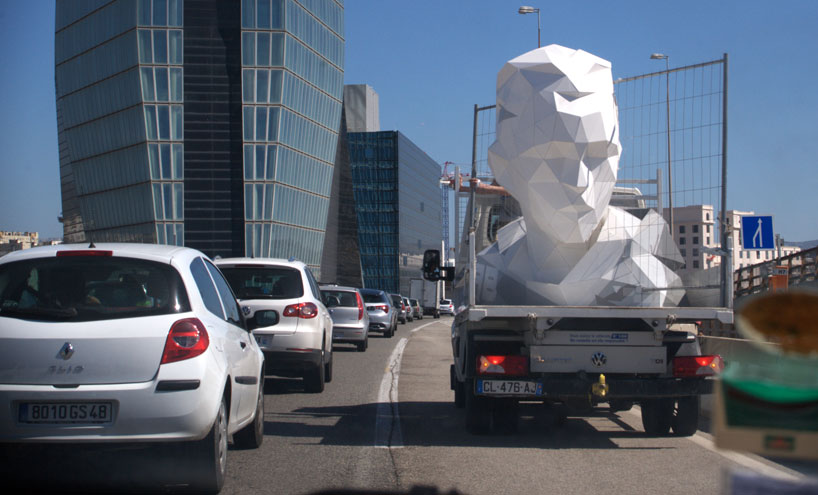 after the gallery display, the artist decided to take the sculpture to the streets of marseille 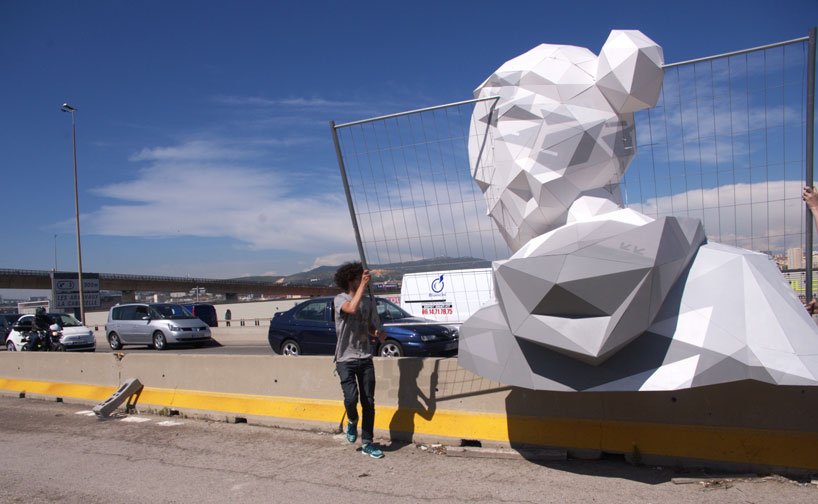 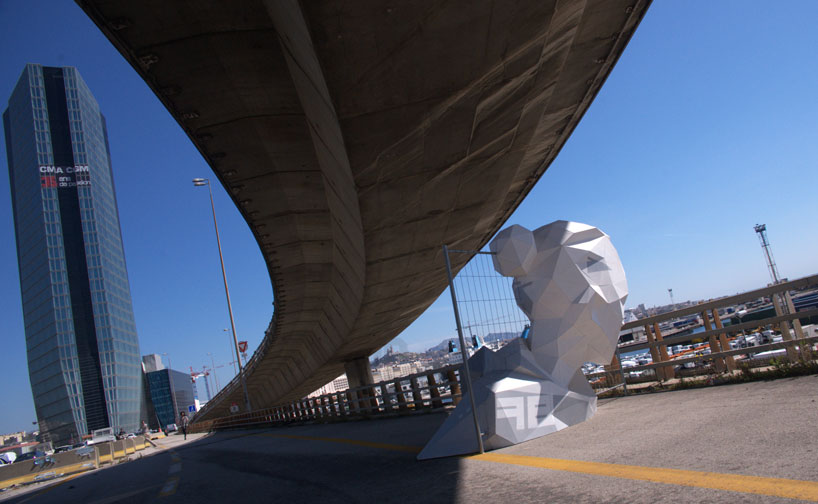 the figurehead looks out over the highway 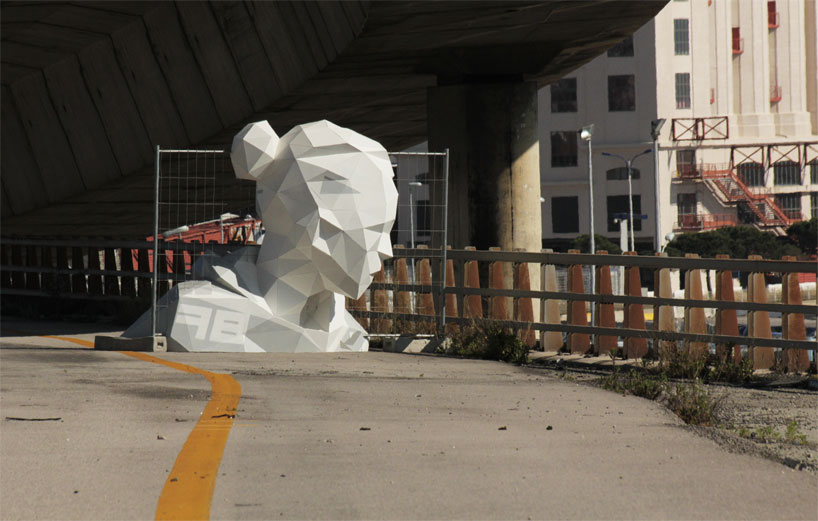 by moving the statue outdoors, it is meant to interact with the urban environment