playmodes and MID, working under their collective title playMID, have come together to form ‘porta estel-lar’, an immersive audiovisual installation. located inside a modified airplane, the project — ‘star gate’ in english — uses RGB LED strips to create a digital skin that takes visitors on an intense, captivating cosmic journey. 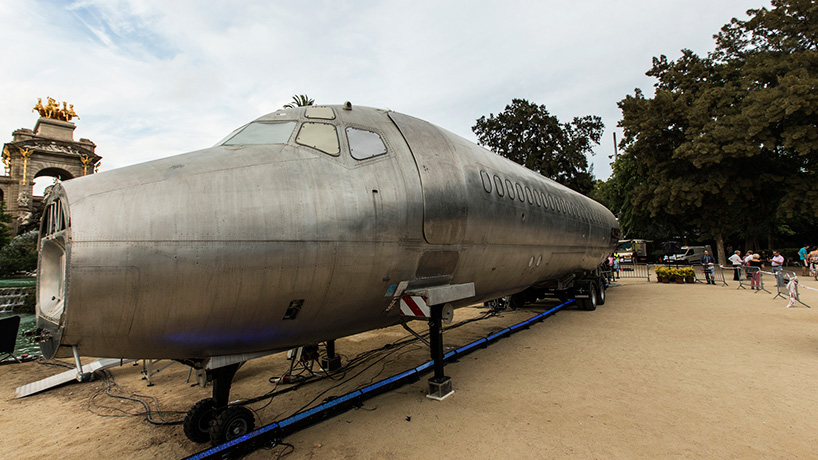 in addition to visual cues, ‘porta estel-lar’ uses sonic perspective effects and an 8-channel audio system to suggest the idea of interstellar travel. in the course of six minutes, audience members are flown deep into and through the outer most reaches of space. once departed, guests experience comets, planets, galaxies, nebulae, and alien worlds — all before returning safely to mother earth. 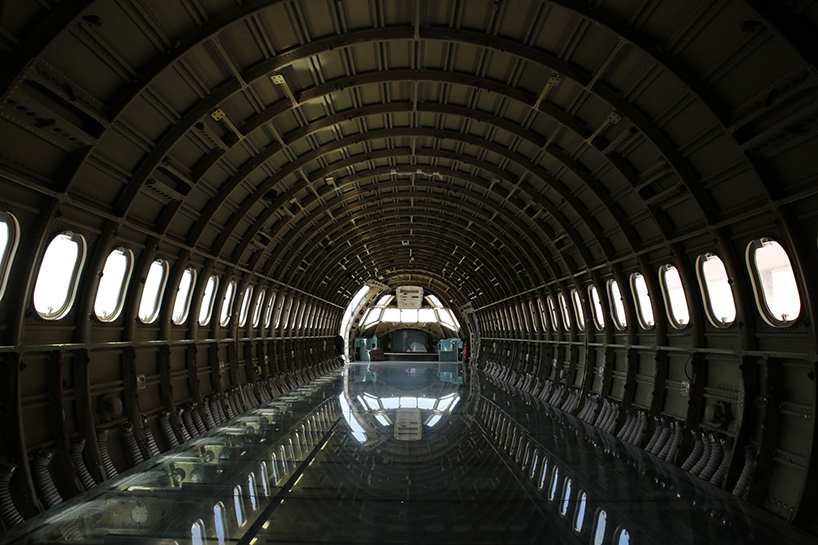 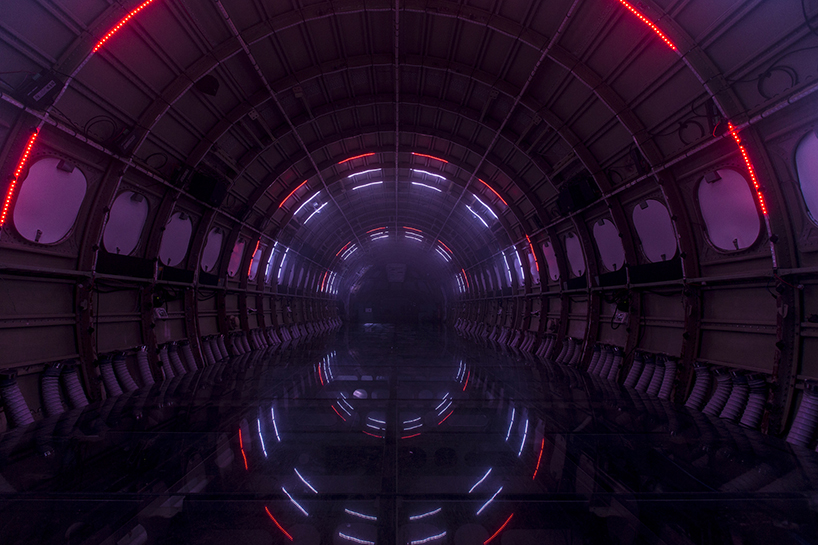 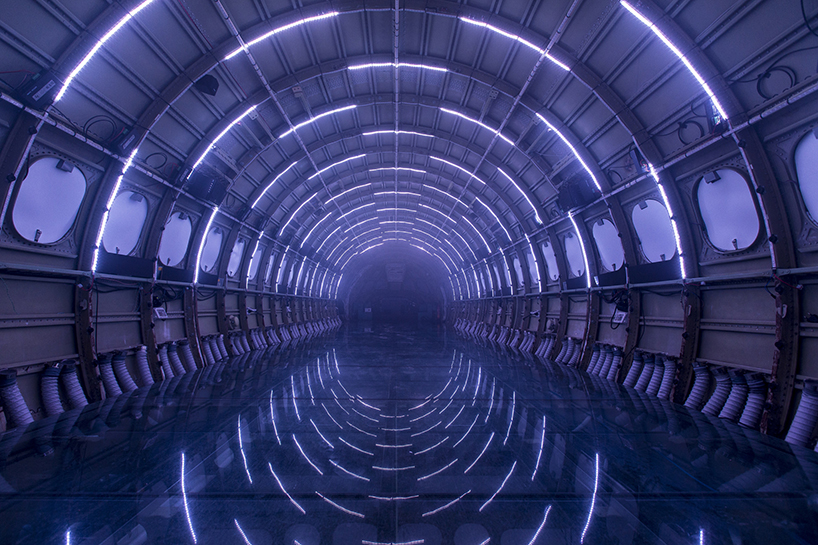 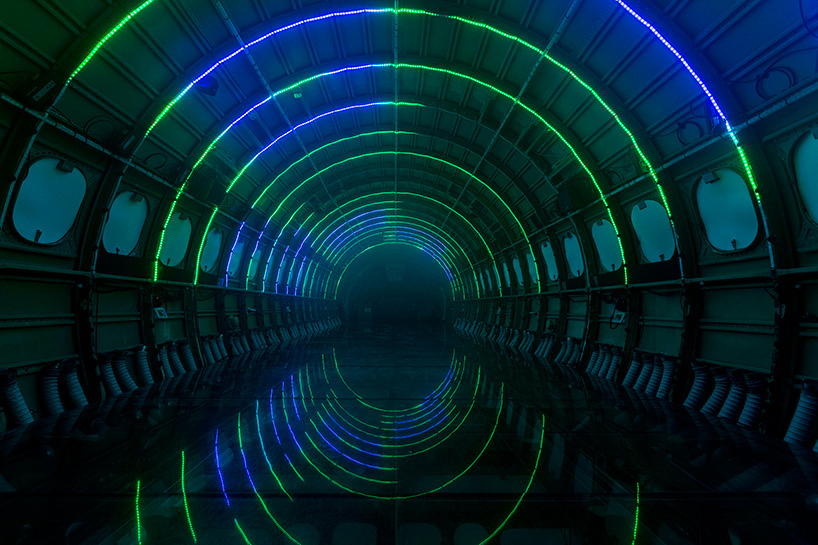 visuals include comets, planets, galaxies, and others 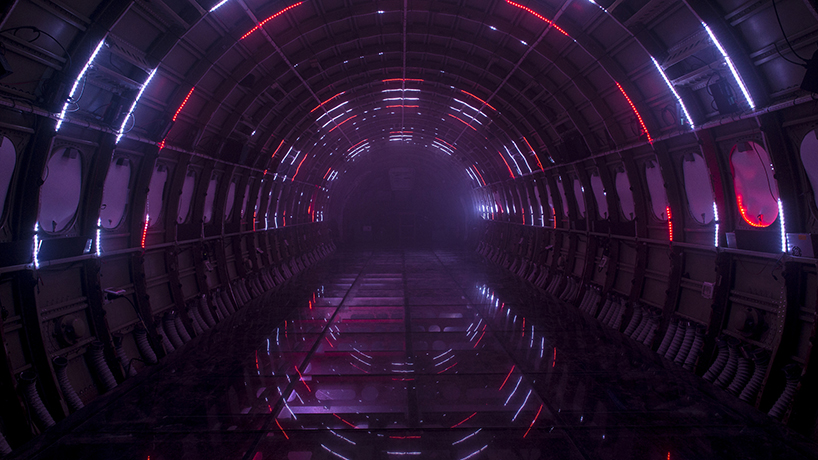 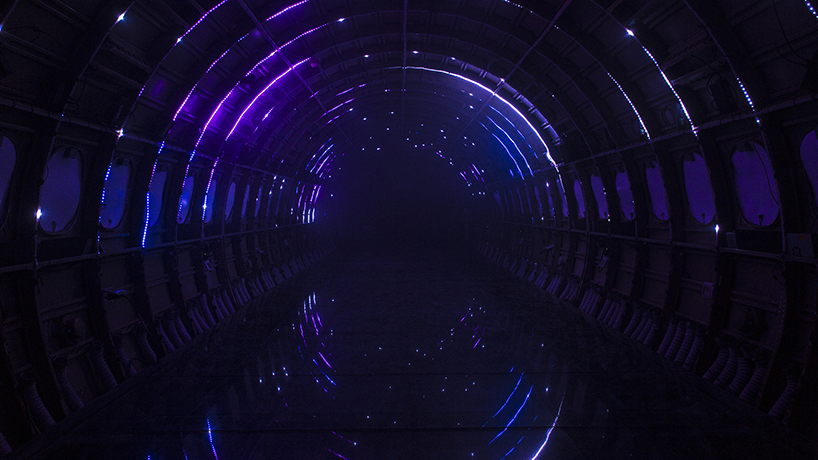 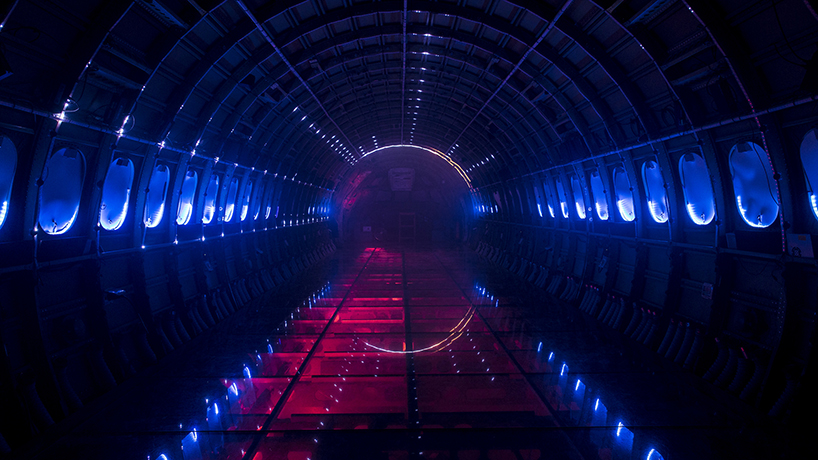 a comet swoops across the domed ceiling 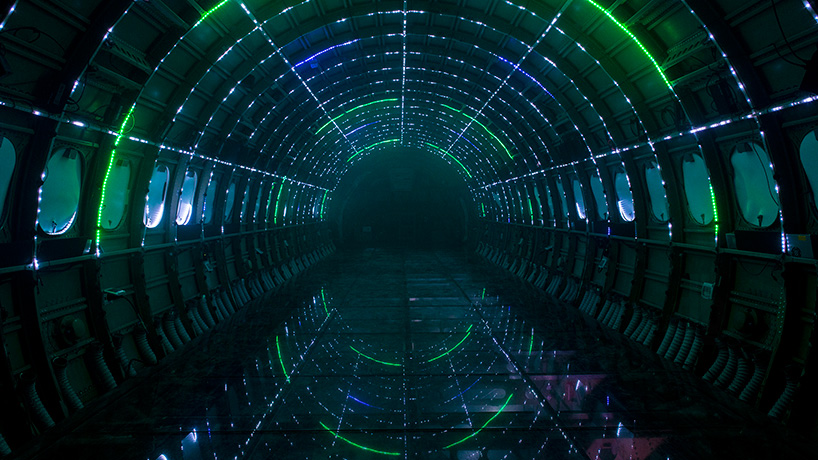 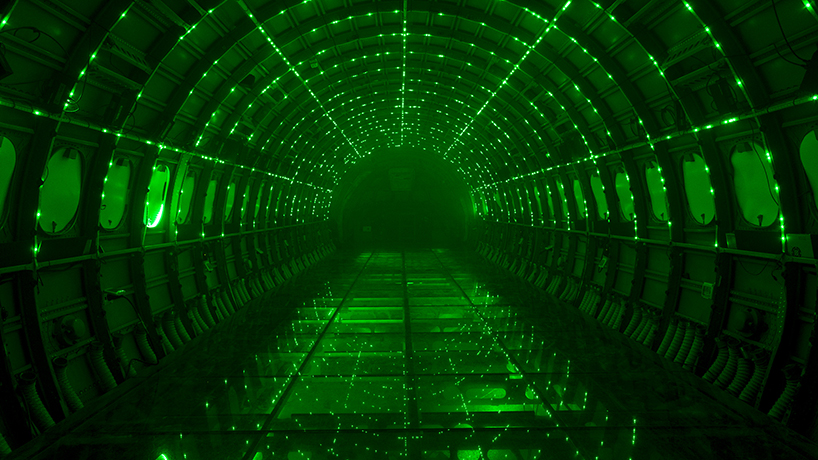 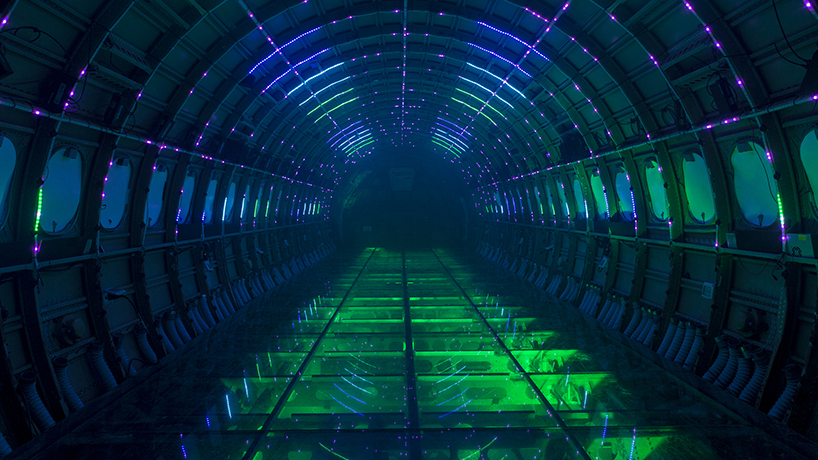