the prado museum in madrid has collaborated with the world wildlife fund (WWF) to transform paintings from its collection on the occasion of the 2019 UN climate change conference. a series of masterpieces have been digitally modified to reflect a future world destroyed by climate change, including rising sea levels, barren rivers, and refugee camps. 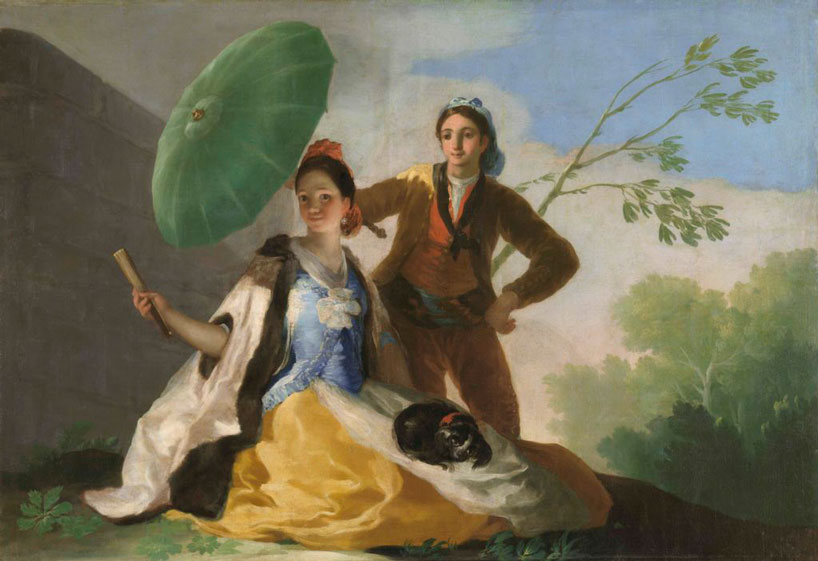 images courtesy of the prado museum and WWF

the collection is titled ‘+1,5ºc lo cambia todo’, which translates from spanish to ‘+1.5ºc changes everything’. it references our rising global temperatures, and calls for governments to take action to ensure that the number does not exceed 1.5 degrees celsius, increase scientists believe will impact natural systems to a point of no return. the modified paintings were installed on billboards in madrid and shared online using the hashtag #locambiatodo to promote conversation around the issue. 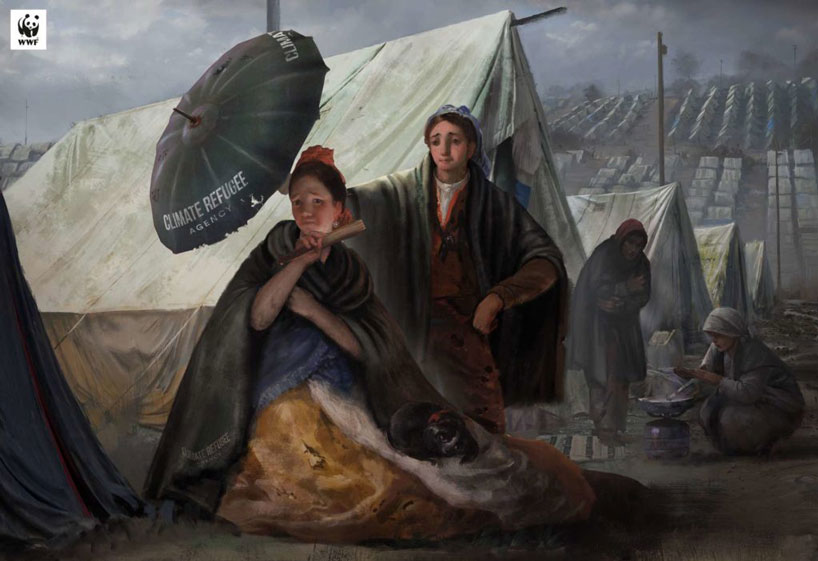 it includes four masterpieces from prado’s collection including felipe IV a caballo (philip IV on horseback) by diego velázquez, which illustrates rising sea levels. meanwhile, el quitasol (the parasol) by francisco de goya has been doctored to reflect the social drama of climate refugees, joachim patinir’s el paso de la laguna estigia (landscape with charon crossing the styx) depicts the impact of extreme drought on river and crops and niños en la playa (boys on the beach) by joaquín sorolla illustrates the extinction of species. 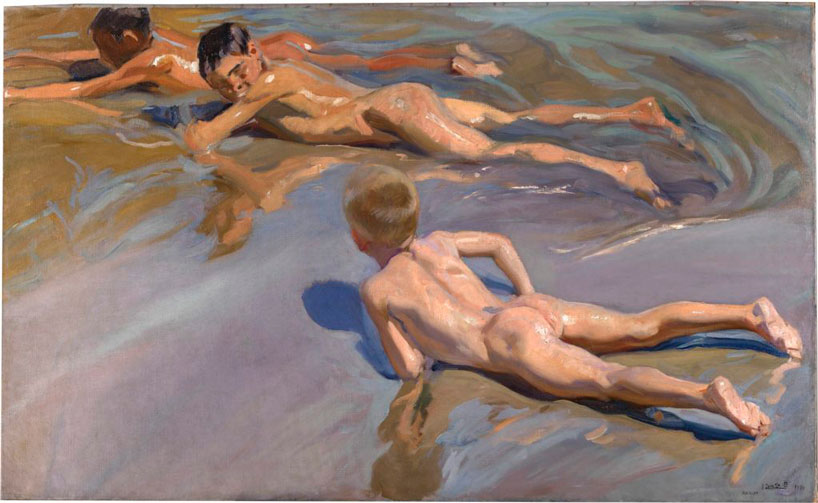 ‘for the museum, this project represents an opportunity to continue placing art and its values at the service of society,’ javier solana, prado’s royal board of trustees president, said in a statement. ‘the symbolic value of the masterpieces and the impressive artistic recreation that we present with WWF is an excellent way to transmit to everyone and especially to the young generations what is really at stake in this fight against climate change.’ 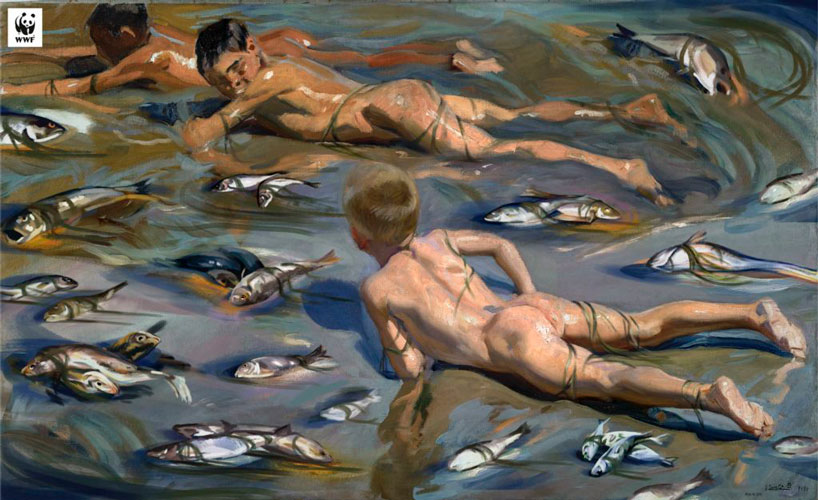 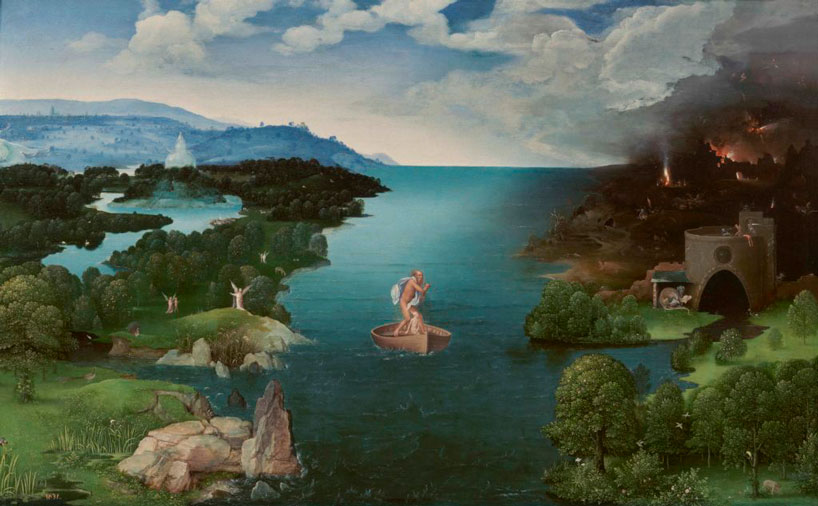 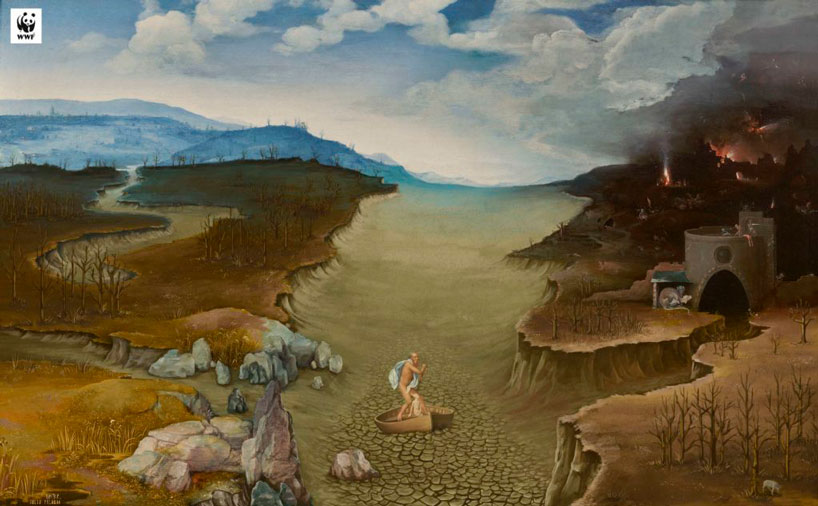 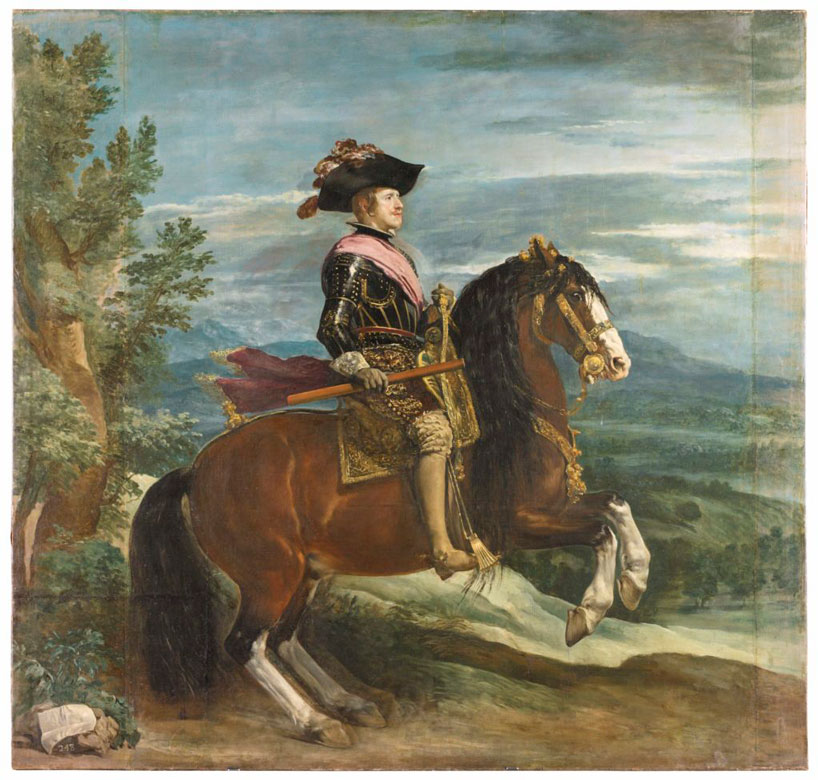 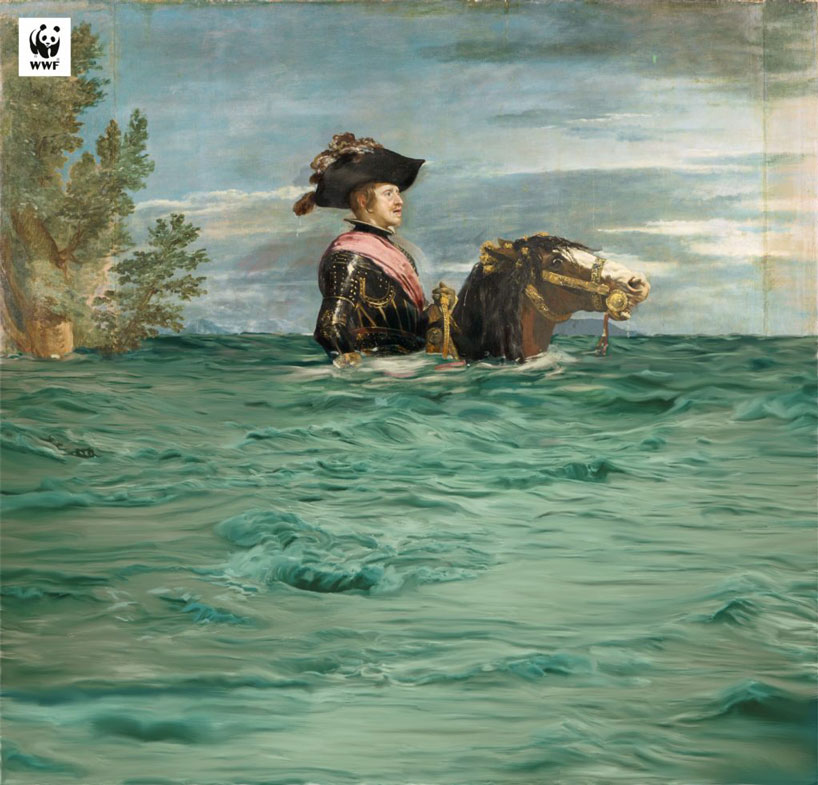