while incarcerated under a 70-month prison term, american artist jesse krimes created a monumental mural made from the humble materials he had access to: newspaper clippings from the new york times, hair gel, plastic spoons and federal prison bed sheets. ‘apokaluptein:16389067’ has been conceived and executed within federal prison walls, formed piece by piece into an expansive narrative. using hand-printing technique, krimes meshed the collected images together through hand drawn extensions in color pencil. a silk-screened effect was achieved by using hair gel as a transfer medium and a plastic spoon press to reassign the image.

the large-scale work’s namesake references the word apocalypse — and its greek roots meaning to uncover or reveal an event involving destruction a catastrophic scale, while the numbers reference his federal bureau of prisons identification number. ‘incarceration marked a moment of personal crisis for me, providing an encounter with difference and generating desire and fear, enlightenment and profound disquiet.’ krimes says, ‘being confined to a cell and mediated existence, all measure within prison seems to collapse, leaving only time to reflect.  this reflection was the catalyst for significant shifts in my thinking that ultimately facilitated my body of work.’ the 39-panel mural made from humble materials

working in isolation for the past five years, krimes appropriated motifs found in the daily paper into his work, allowing it to act as a timeline of the most historical, cultural, tragic and relevant news stories. ‘the narrative fragments are recontextualized into a construct that is critical of unregulated capitalism. through medieval references, the panels suggest a contemporary version of dante’s heaven, earth, and hell where politicians, celebrities, and offenders serve as archangels, angels, and demons that establish ideals and artificial norms in our culture of celebrity worship, where impracticable role models are lionized in the media. my biographical influences and explorations of identity formation are vital to understanding of my work.’ 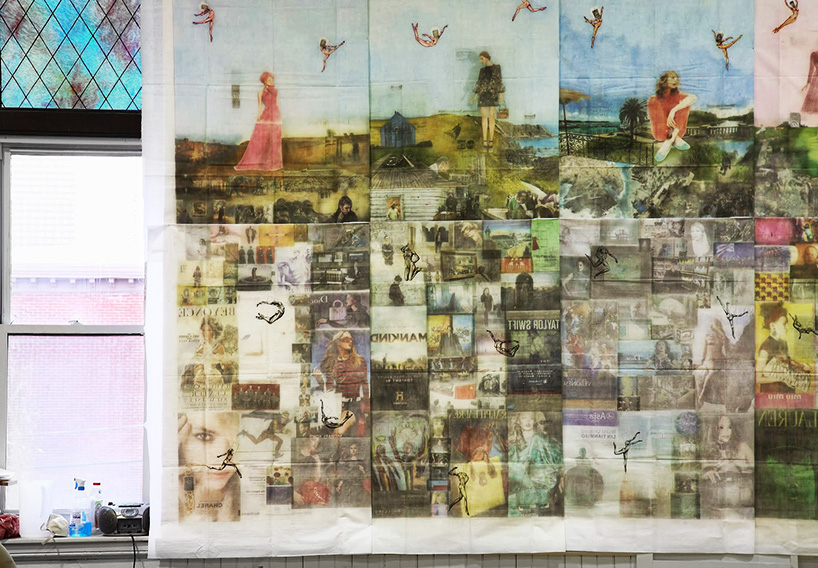 detail of the layered newspaper transfers 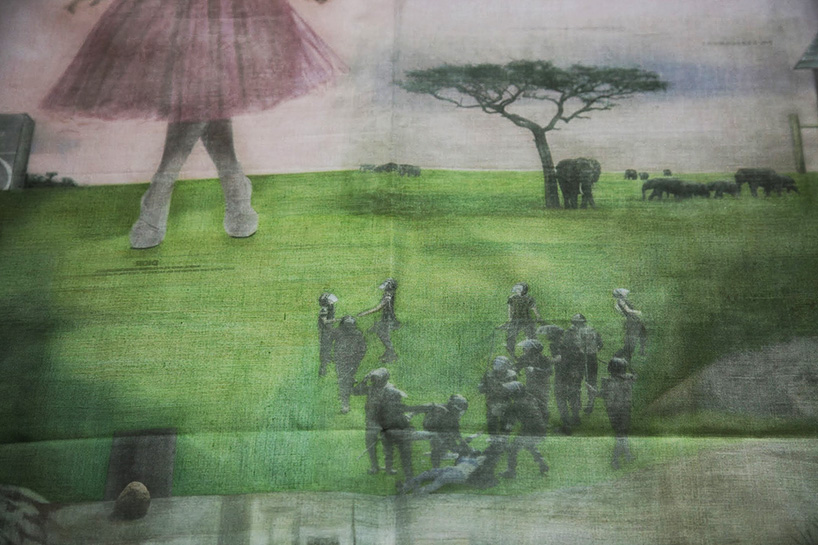 close up of a panel, appropriating motifs found in the newspaper 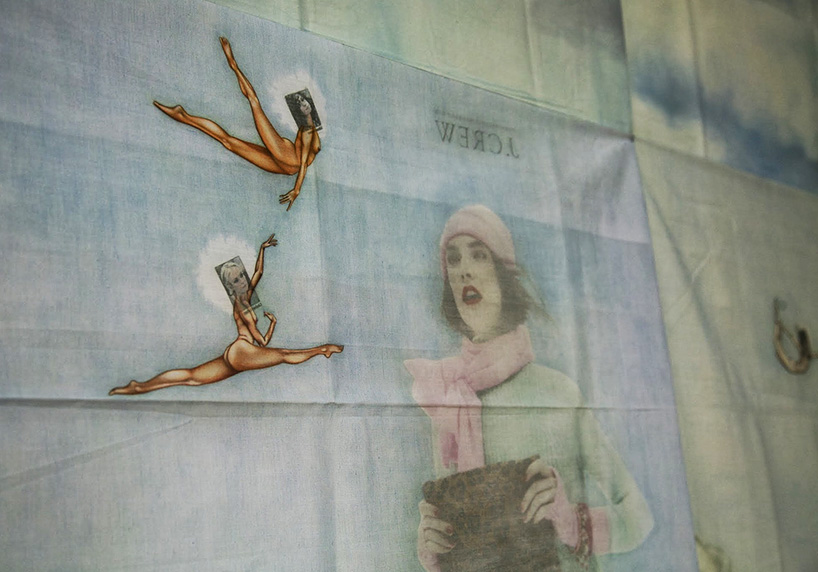 clippings from the news become figures in the mural 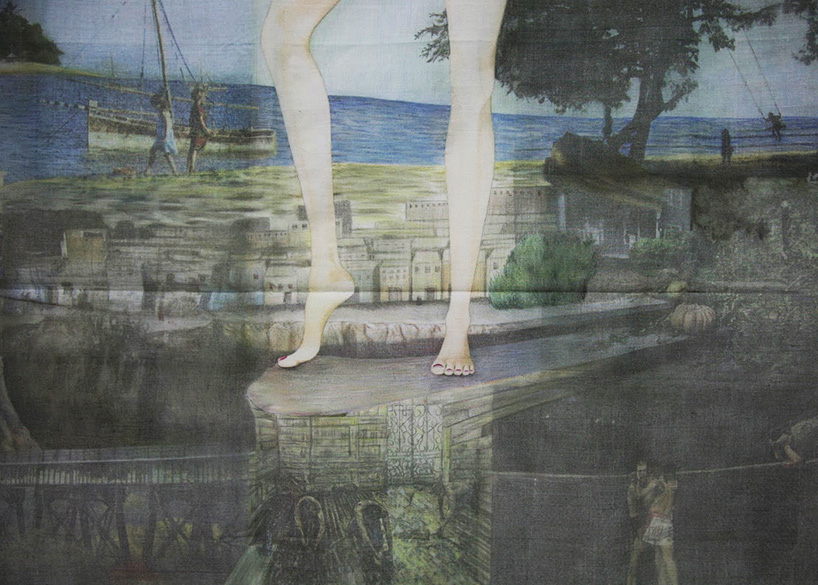 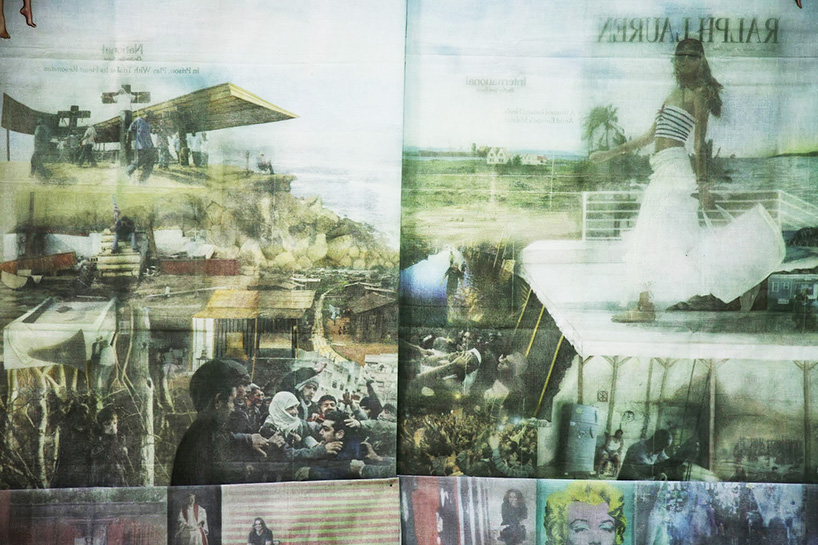 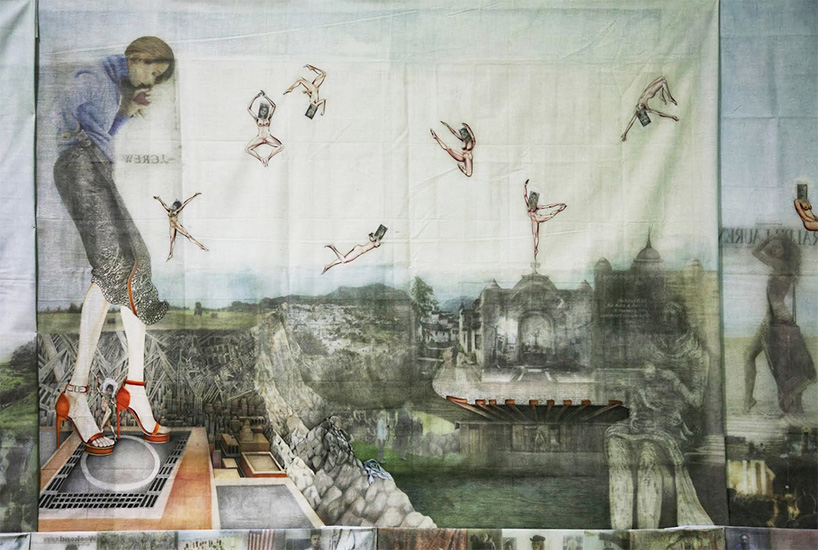 panel detail removes the newspaper clippings from their intended purpose