‘public toilets’ was installed in san ildefonso square and surrounding side streets in madrid, spain image courtesy of luzinterruptus

‘public toilets’ was an intervention consisting of 80 male urine containers – ones used in hospitals – that luzinterruptus installed along san ildefonso square and surrounding side streets in madrid, spain. each of the vessels was filled with yellow water and lit, dotting the streets in fluorescent light. the project was a response to the lack of shame people have urinating in the streets during all hours of the day. this kind of behaviour is what’s makes the centre of madrid look so run down, filling the street with bad smells.

‘public toilets’ was meant to attract attention to this situation, in a comical way. it was a message to those who have this custom of urinating in the streets to respect the public property, and also a way of bringing awareness in trying to find a solution to the problem perhaps through urban furniture, where peple can urinate without bothering others. luzinterruptus set-up the emergency urine containers, so called ‘wet spots’ by following a smell trail, for anybody to use. some were used while others, supposedly were taken home by individuals for which purpose is unknown.

it took four hours to install all 80 urinals and they stayed in place between 4 to 8 hours. 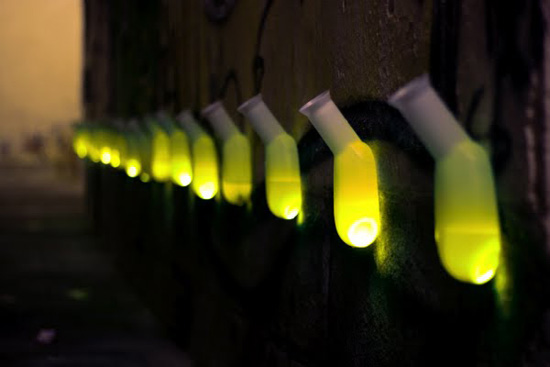 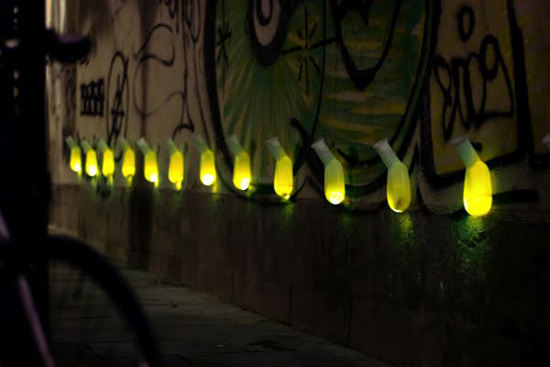 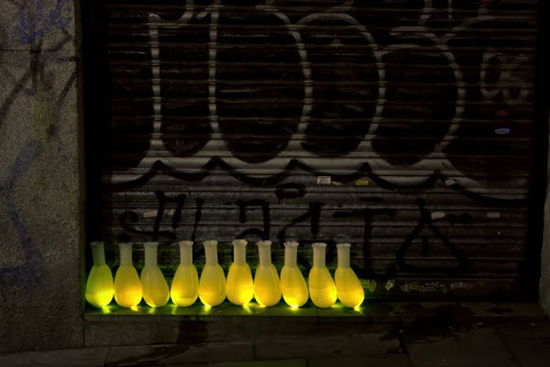 outside a closed shop image courtesy of luzinterruptus 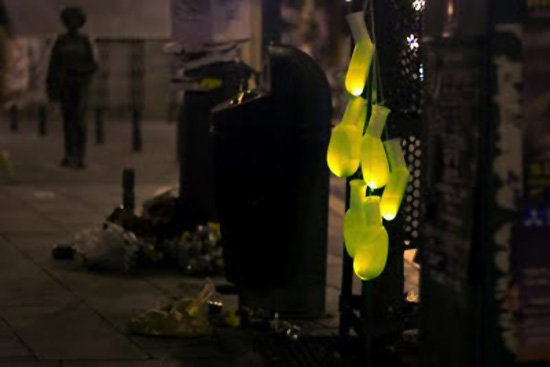 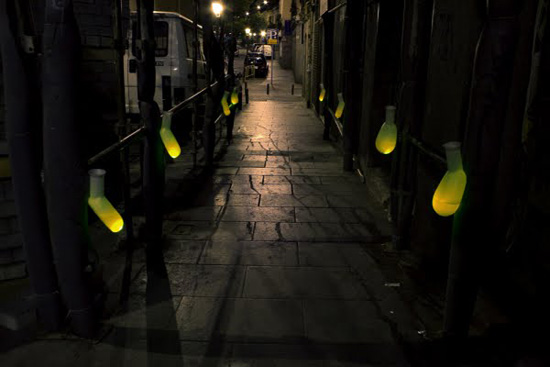 a pathway of lit urinals image courtesy of luzinterruptus 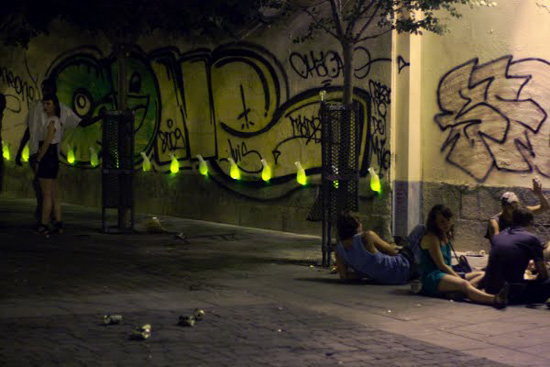 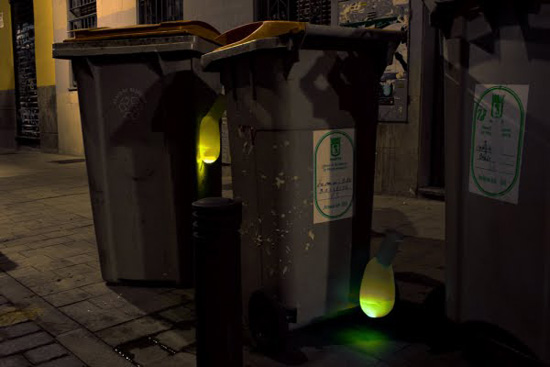 hidden amidst some garbage cans image courtesy of luzinterruptus 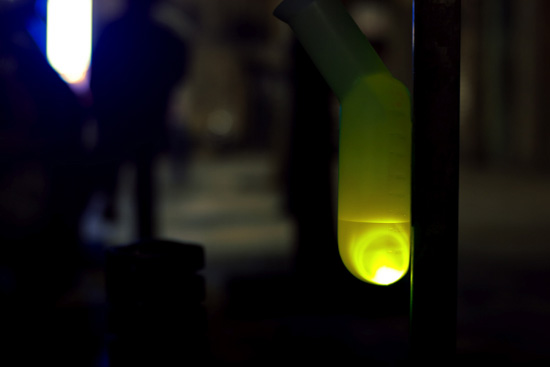 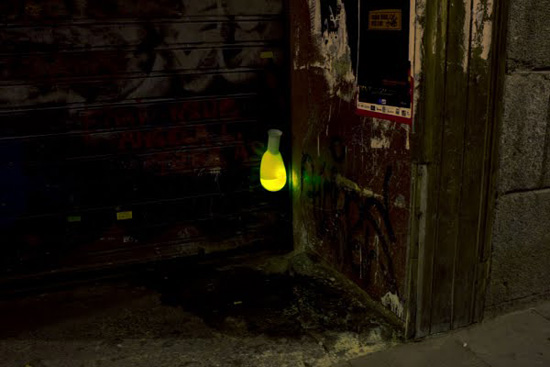