qingjian meng juxtaposes past and present in this photographic series titled ‘gold rush’. the los-angeles based creative has merged 19th century characters with 21st century technology, forming an unexpected collision of time periods and chronological inconsistencies. 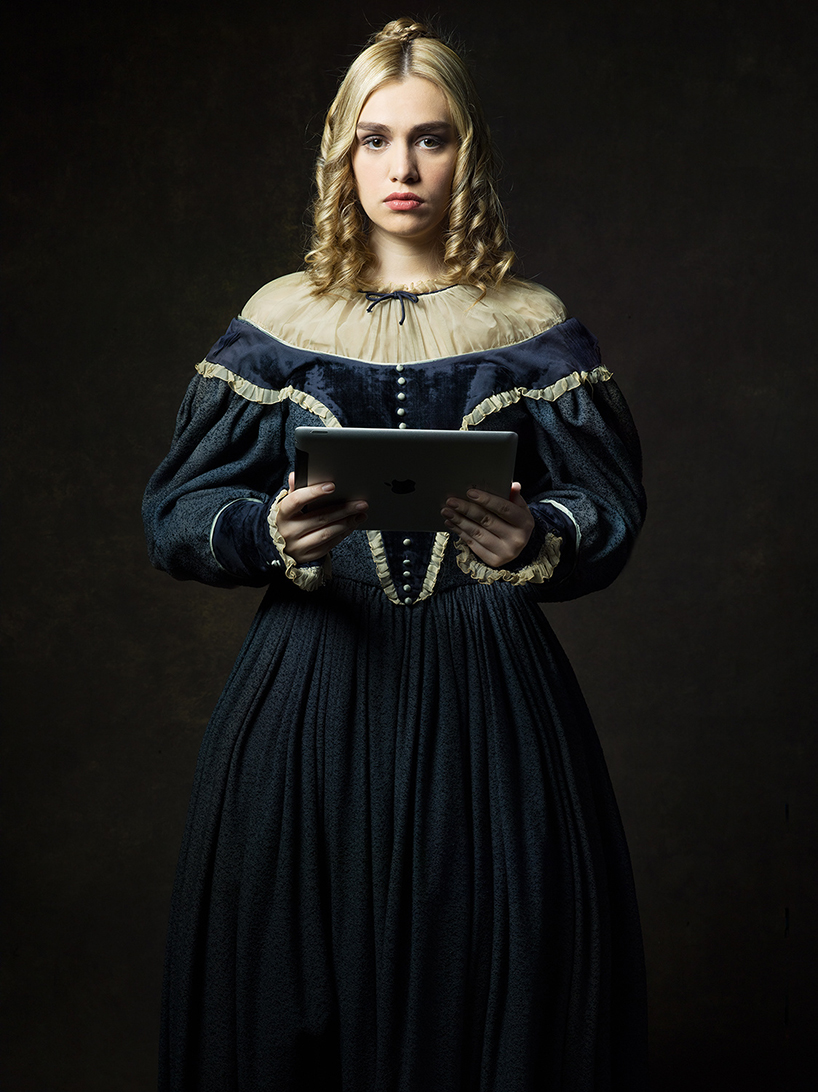 despite the first electronics appearing in the 19th century — with the first telephone call in 1876, and first functional light bulb in 1878 — these years aren’t quite the epitome of high-technology. in the photographic series of eight images, men wear double-breasted coats and trousers, while women don high waistlines and patterned bonnets. while their traditional attire characteristically catalogs 19th century garb, the seamless introduction of high-tech devices comes as an unexpected surprise. qingjian meng has added apple watches, personal drones, ipads, headphones and e-cigarettes to the scenes, creating both a dialogue between the generations and showing their undeniable differences. 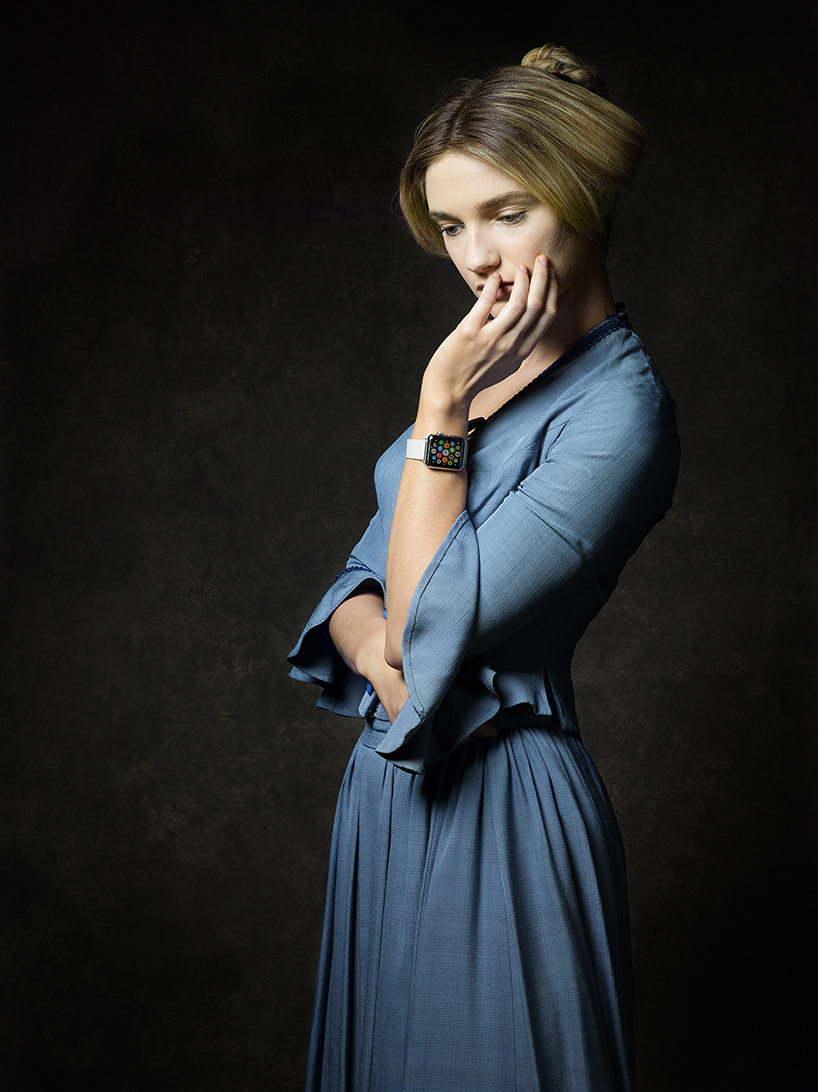 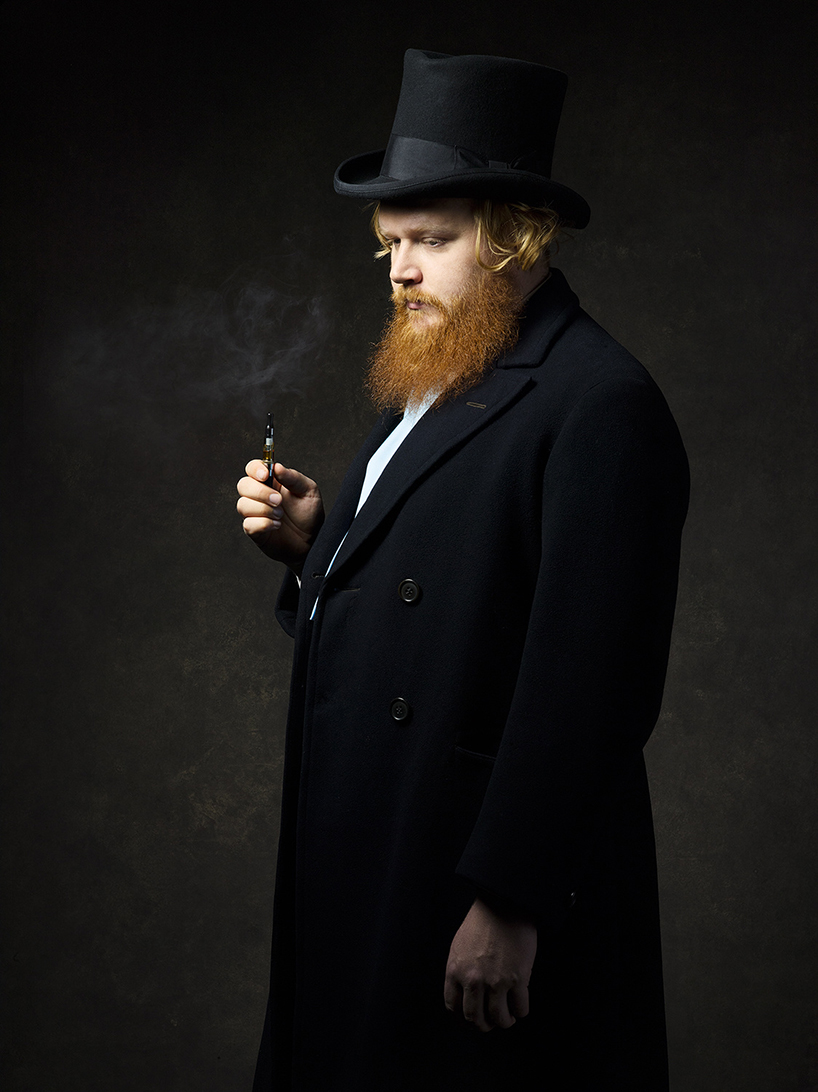 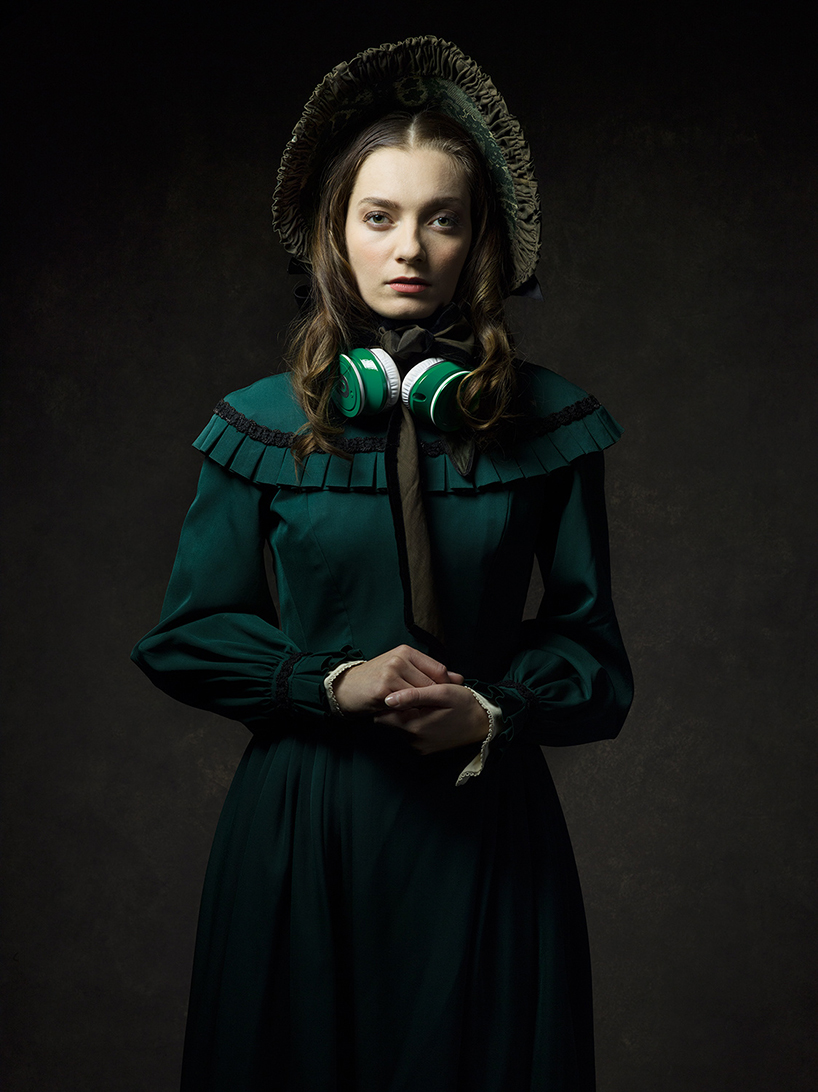 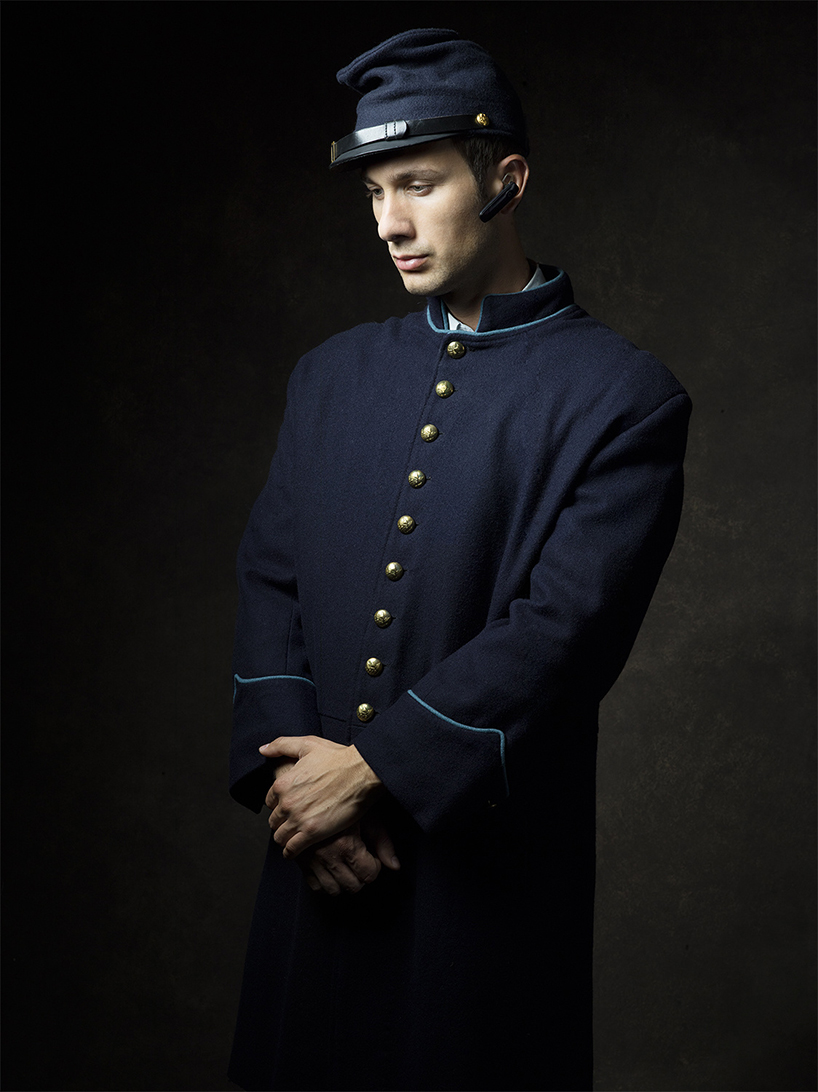 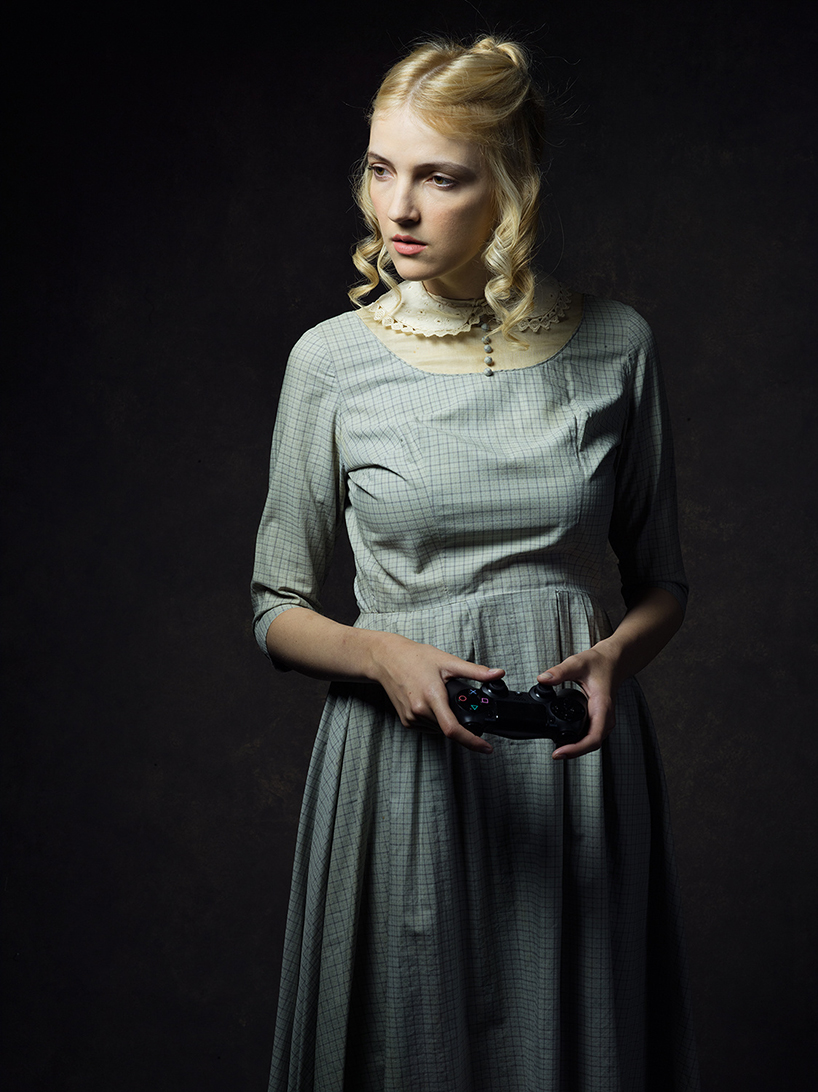 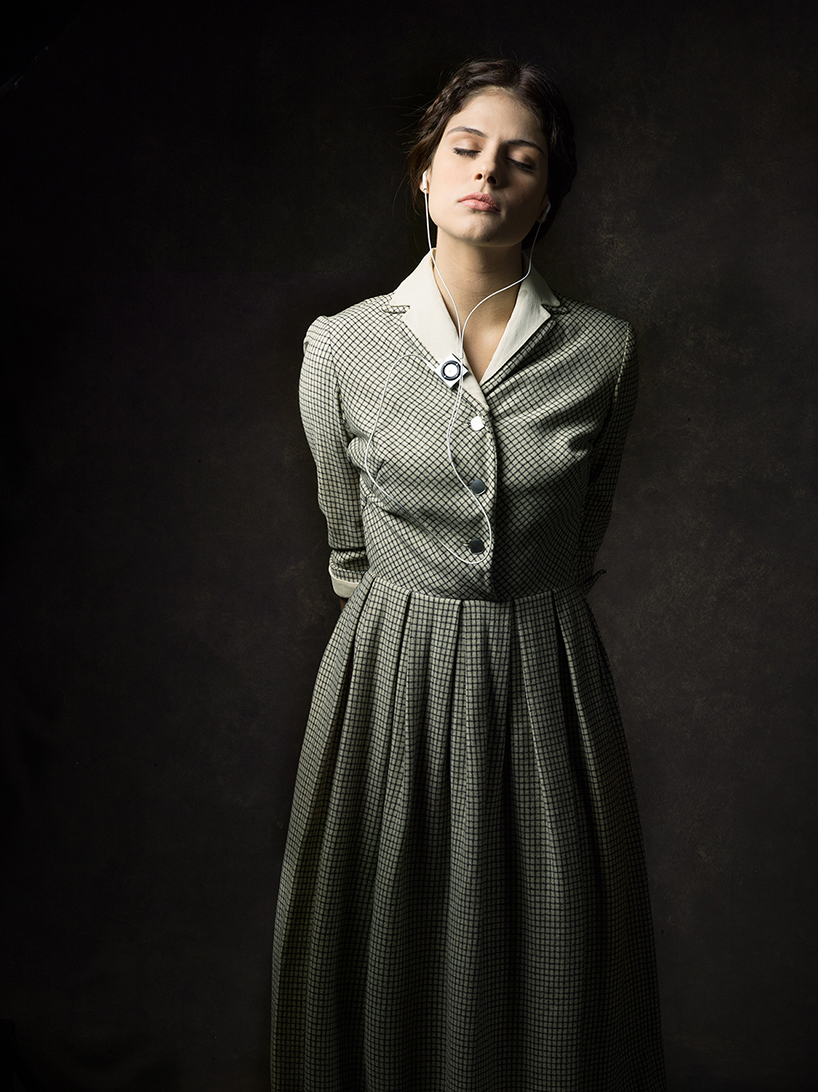