‘made in strathcona’:  a series of zoetropes by r james healy

‘Made in Strathcona’ is a series of three mechanical zoetropes created by English artist R James Healy. A zoetrope is a pre-cinema animation device invented in the 1830s, designed as a slotted cylinder containing a sequence of drawings typically showing phases of figures or animals in motion. When spun, the drawings are viewed through the slots and perceived as moving. The slots present discreet scans of each drawing; instead of a spinning blur, the viewer experiences a rapid succession of images.

A refinement of the Victorian device, Healy’s artworks replace the drawings with sequential 3D-printed sculptures, while a motor spins the cylinder at 120 rpm, providing continuous motion. Each zoetrope explores locations in Vancouver, Canada, where the artist relocated in 2015. ‘Beginning the following year and completed in 2022, the series merges factual and imagined memories of the city. Experienced in the round, the artworks are both stage and performer. Short graphic cycles repeat to form a moving pattern. Playing continuously, the looped motion can be hypnotic, inviting viewers to meditative observation,’ writes the artist.

The title, ‘Made in Strathcona,’ is taken from a chalkboard outside a local brewery. As the artist recalls, even though it refers to an IPA, the choice of title still seemed like an appropriate one for the series, given it was also the neighborhood where the idea first came to flourish.

‘Made in Strathcona: CRAB Park’

recreating memories and sceneries of vancouver

The first zoetrope, ‘Made in Strathcona: CRAB Park,’ recalls container ships peppering the English Bay off the coast of Vancouver, awaiting entry to the port. Their colossal scale is ambiguous save for the occasional passing sailboat. When access is granted, their enormity is revealed by the city’s proximity. The beach at CRAB park provides a clear view of the whole operation. Gantry cranes perform a real-world game of Tetris, filing away the containers to rail and road. R James Healy (see more here) remembers hearing all of this from his apartment nearby Strathcona, where he pictured the cycle working in perpetuity.

Next, ‘Made in Strathcona: 9/6’, illustrates an interesting discovery the artist made while exploring his neighborhood: a geometric mural by Gabriel Dubois on Powell Street, which can be read as three digits, ‘696’, or three angular spirals. And, nearby on Railway Street, an angled beam props the adjacent buildings of a vacant lot. Backlit, it drew a vast black stripe across a blue sky, contrasting the port infrastructure. While the purpose of these spaces differed, both served as architectural graphics on a grand scale. ‘When I recall their discovery, it’s as though they are a single location. I merge their attributes, creating a new imagined place,’ continues Healy.

Finally, ‘Made in Strathcona: Murder on Gore Street’ depicts Vancouver’s famous migratory crows traversing the city daily. They head west to the coast at dawn, returning at dusk to roost in Burnaby. Along the way, they raid Vancouver. ‘My bicycle commute was more modest, though it also took me west, typically stalling at a busy junction to cross Gore Street. I would frequently witness hundreds of crows causing havoc on a patch of waste ground. That location and the collective noun for these mischievous birds could be the title of a Hitchcock movie, which influenced this artwork about rain, for which city is equally infamous.’

‘Made in Strathcona: Murder on Gore Street’

The zoetropes measure 81 x 61 x 61 cm, designed to adhere to a ‘form follows function’ principle. The exterior is matte black, providing maximum contrast with the sculptures inside. An overhead lamp illuminates the sculptures and is reflected inside the cylinder by a silver leaf finish. Meanwhile, the exterior of the shutter is embossed with an asymmetrical pattern inspired by the Vancouver Sky Train. This brutalist structure weaves all over the city, providing transport and an architectural landmark; the motif refers to the huge posts supporting the track, unique due to their locations. Furthermore, an illuminated button on the base of the zoetrope, signaling to viewers that the artwork is electronic, triggers the animation.

Production-wise, the animations and zoetrope were 3D-printed in hundreds of pieces and assembled like a plastic model kit. Each piece was indexed before printing so that it could be joined to relevant parts, then placed correctly. The prints were cleaned up and then sprayed or silver-leafed before assembly. Ultimately, the process involved a mixture of digital manufacturing and traditional model making. 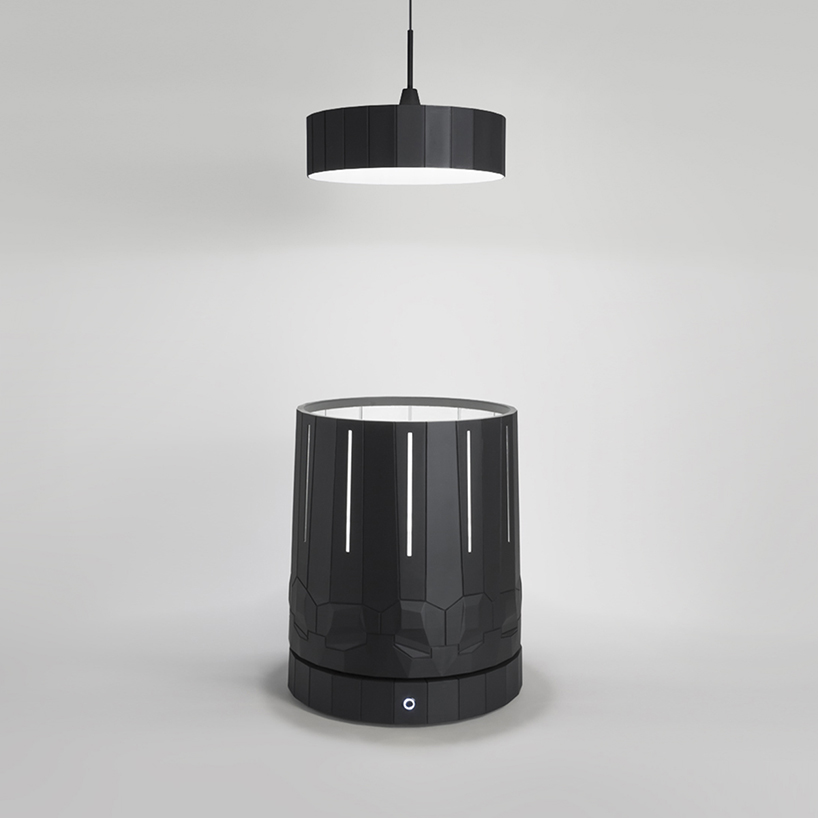 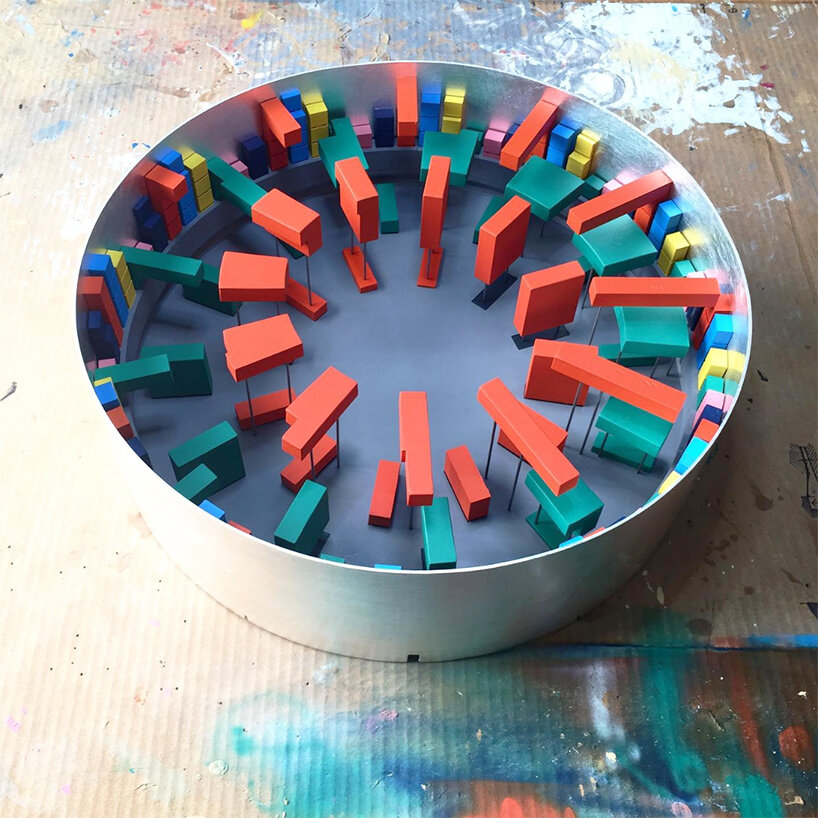 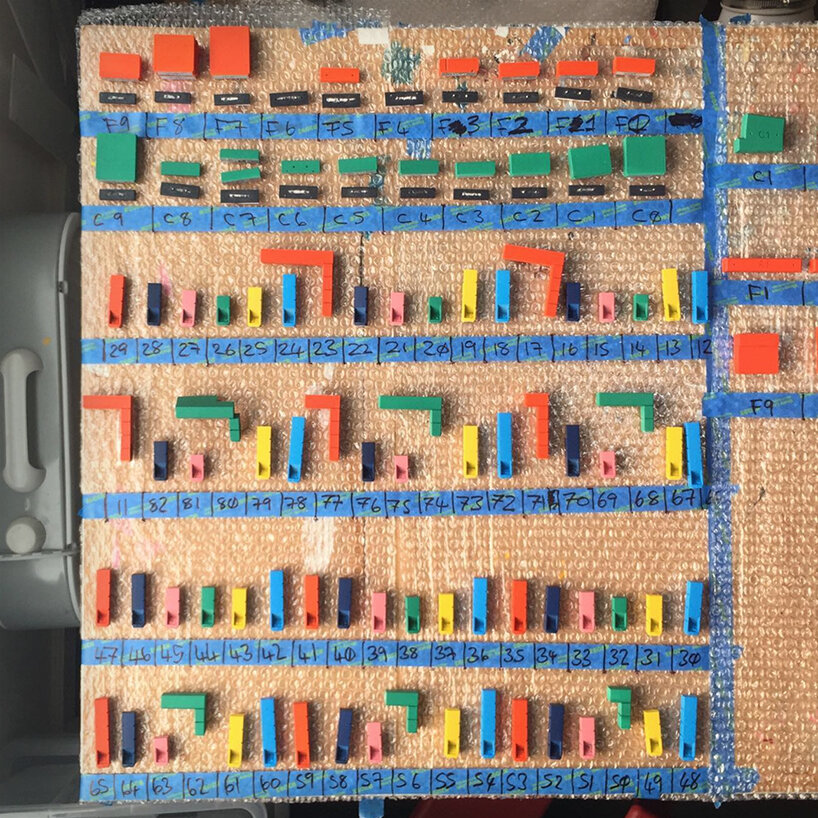 'Made in Strathcona: CRAB Park' indexed components laid out prior to construction 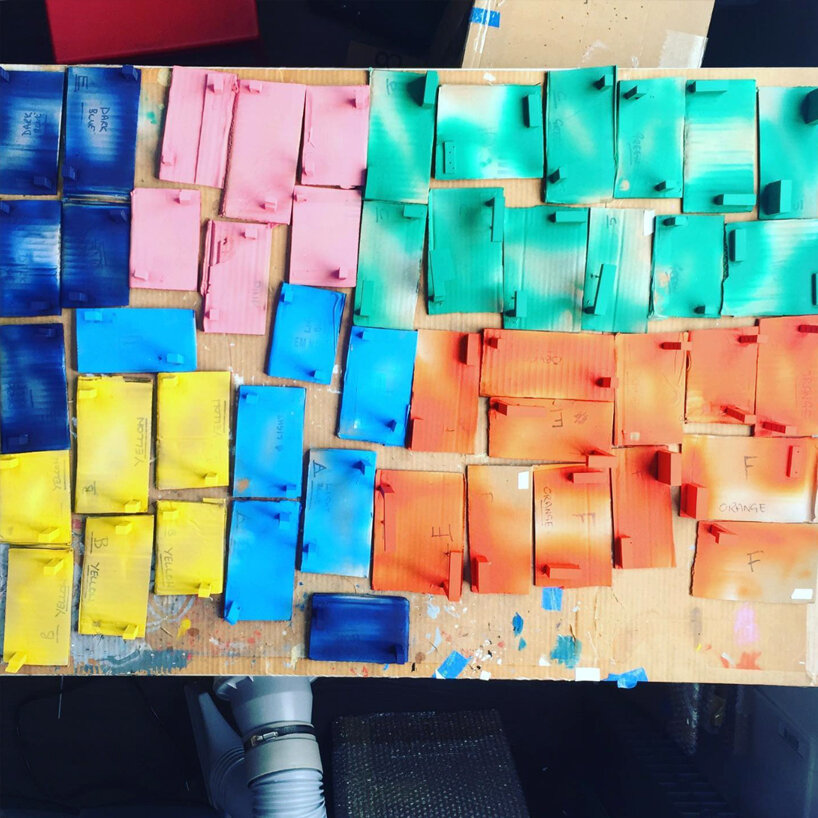 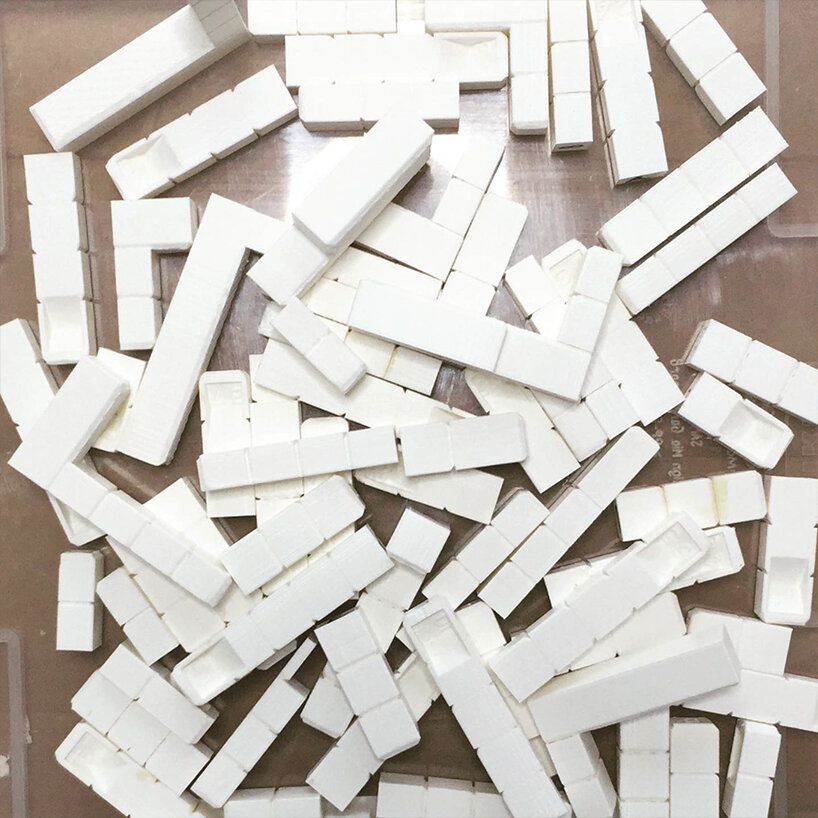 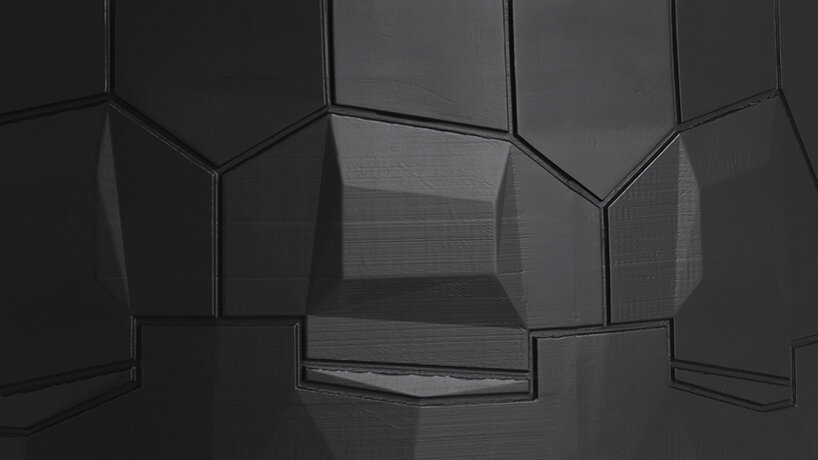 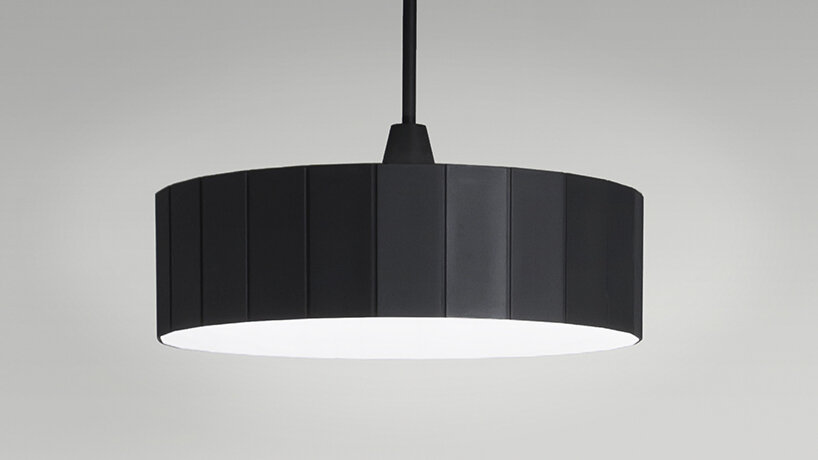 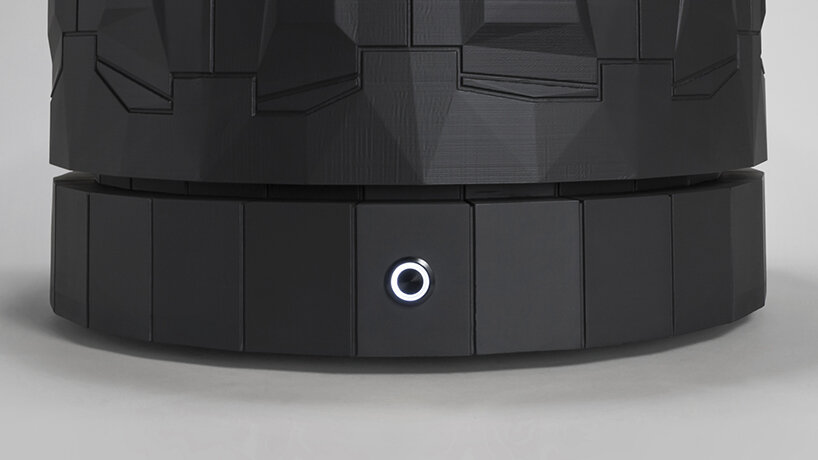 name: Made in Strathcona
artworks by: R James Healy 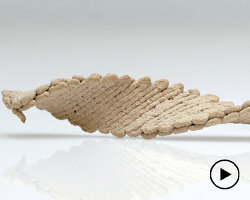