a rainbow igloo by daniel gray

wanting to keep her daughter’s boyfriend, daniel gray, occupied during the winter months – brigid burton from edmonton, canada asked him to build a rainbow igloo. last year, burton began filling milk cartons with colored water and setting them in the freezing temperatures to create icy bricks. gray, an engineering student, along with family and friends, took on the task and spent nearly 150 hours stacking the 500 ice blocks into place. 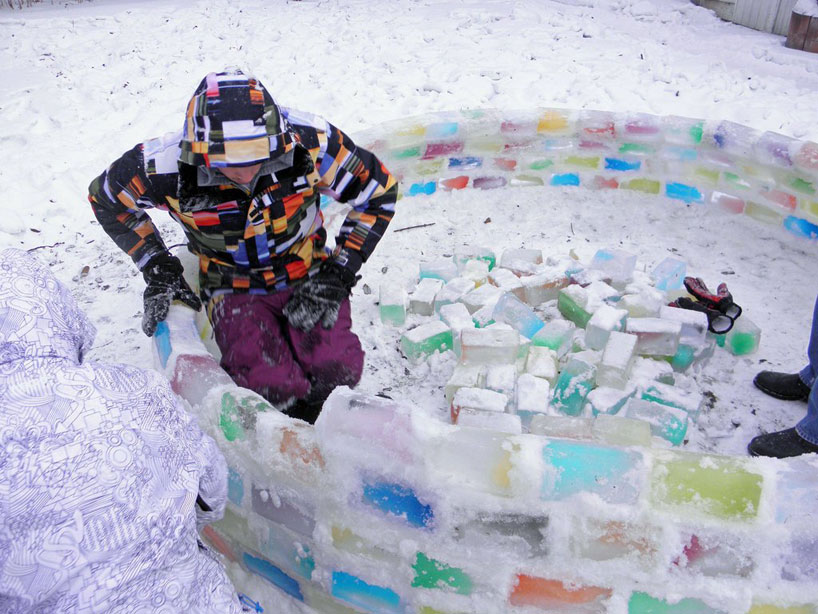 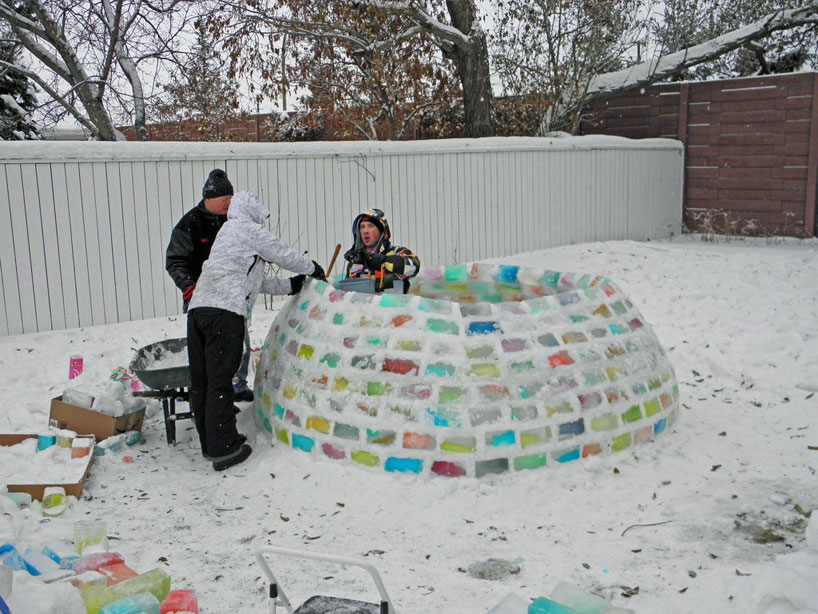 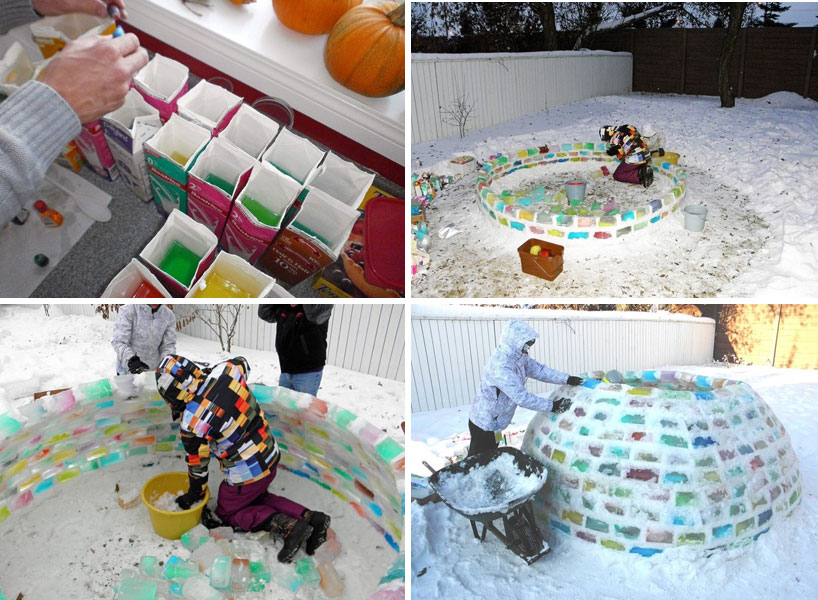