UK-based studio random international has developed the interactive light installation ‘swarm study/iii’ on special commission of london’s victoria and albert museum and in association with the carpenters workshop gallery. the piece overhangs the staircase adjoining the V&A’s architecture and ceramics galleries, where it will remain for three years.

‘swarm study/iii’ consists of four cubic forms suspended from the ceiling, each composed of a grid of illuminated brass rods. a camera placed next to the piece tracks visitor movement, causing the lights of the installation to flicker, brighten, and dim in response.

‘though apparently inanimate,’ the V&A notes, ”swarm study/iii’ translates collective behavioural patterns found in nature into moving light. the installation is brought to life by visitors’ activity, engaging them with both the swarm itself and the surround space of the museum.’ 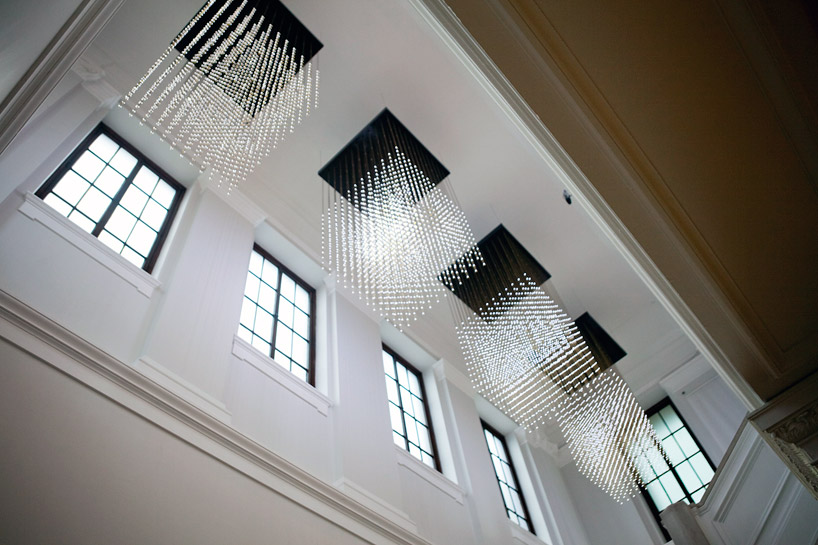 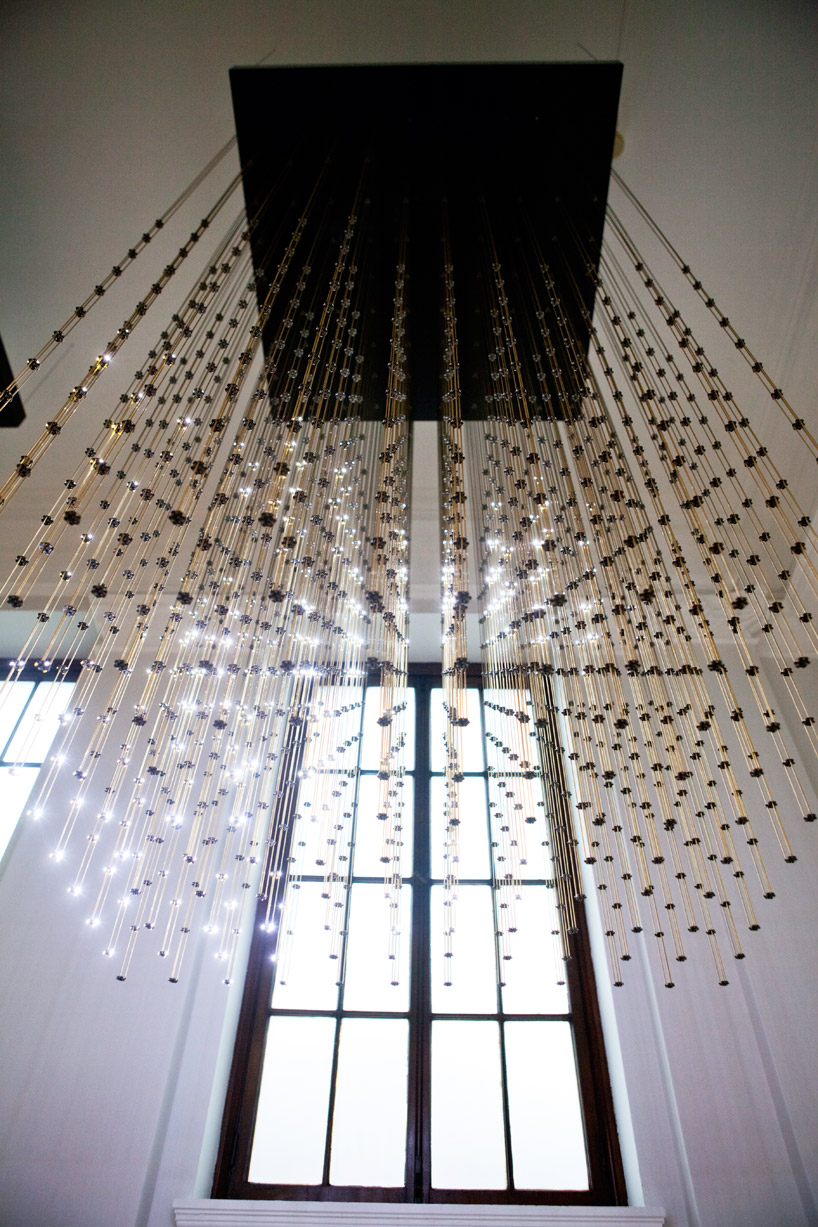 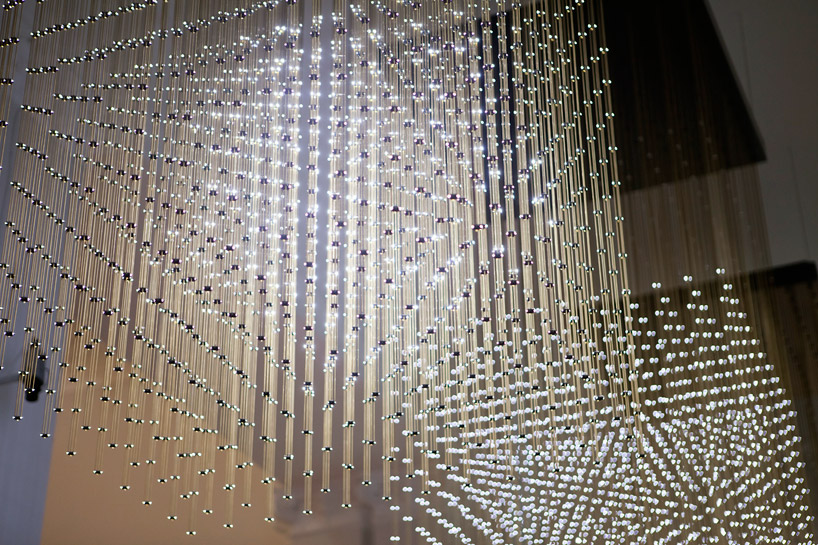 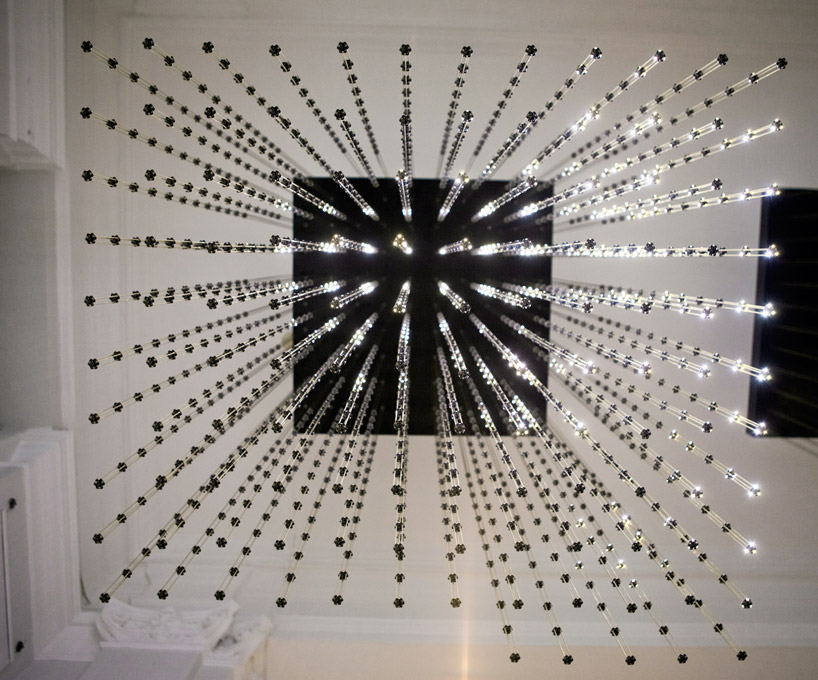 infiniti digital art competition
designboom collaborated with INFINITI for an international competition asking participants to design spectacular or interactive digital artworks, to be installed and displayed throughout europe. participation was open to applicants from every country in the world: to professionals, students, vjs, and design-enthusiasts.

registration was free and open through to july 8th, 2011. for more information about the competition, click here.

May 10, 2021
virgin mary. supermarkets. popcorn: miles aldridge on his cinematic and chromatic tableaus
designboom spoke with the british artist and photographer about his cinematic heroes, the magic of film photography, and slowing down the image making process.
art
22 shares
connections: +280