people are growing more tired and artists less quiet of the damaging effects caused by social media pressure. it’s easy to blame the stages — instagram, facebook and twitter — but the performers hold the power, not the venue. some of us abuse that power. some of us feel we have none. blinded by fame and shame, we change ourselves to be liked. ‘selfie harm,’ a series photographed by rankin, shows selfies of teenagers before and after they’ve ‘harmed’ themselves — not physically, but with filters. 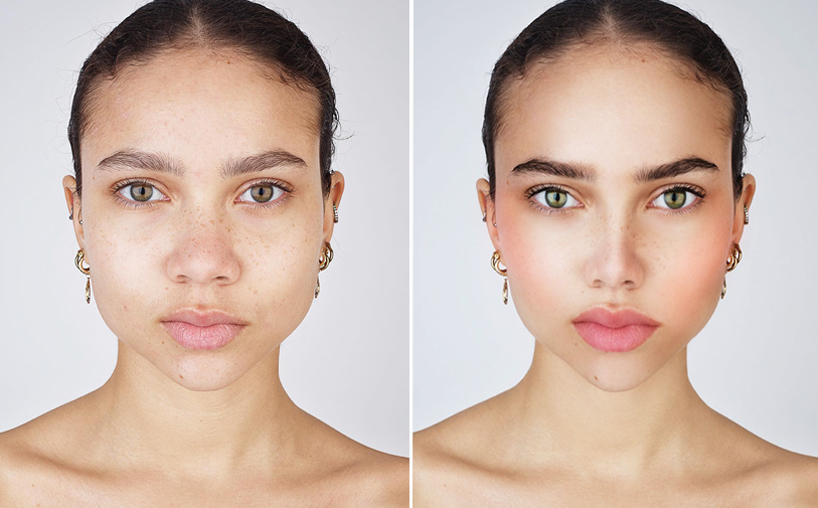 participants were given 5 minutes after their photos were taken to edit their likeness using the free apps they might normally use. the series’ punny, but graphic name, ‘selfie harm,’ is intended as a wake up call for influencers and influenced that we are all harming ourselves and in turn harming each other by striving to be something we’re not.

this message is all a part of ‘visual diet‘ — an initiative by M&C saatchi in collaboration with MTArt agency. thinking of visuals as food and our minds as tummies, it’s clear which of these photos are organic and which have been enhanced with artificial flavoring, red dye number 2 and hormones. 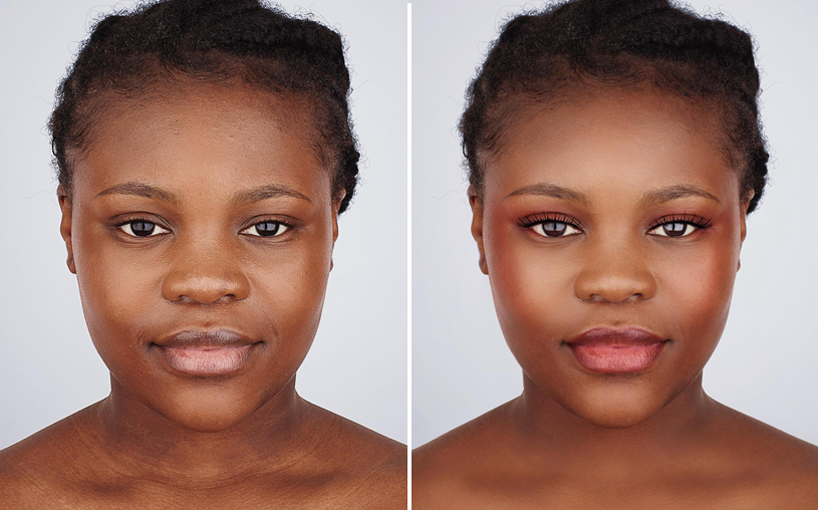 ‘people are mimicking their idols,’ says rankin, ‘making their eyes bigger, their nose smaller and their skin brighter, and all for social media likes. it’s just another reason why we are living in a world of FOMO, sadness, increased anxiety, and snapchat dysmorphia. it’s time to acknowledge the damaging effects that social media has on people’s self-image.’ 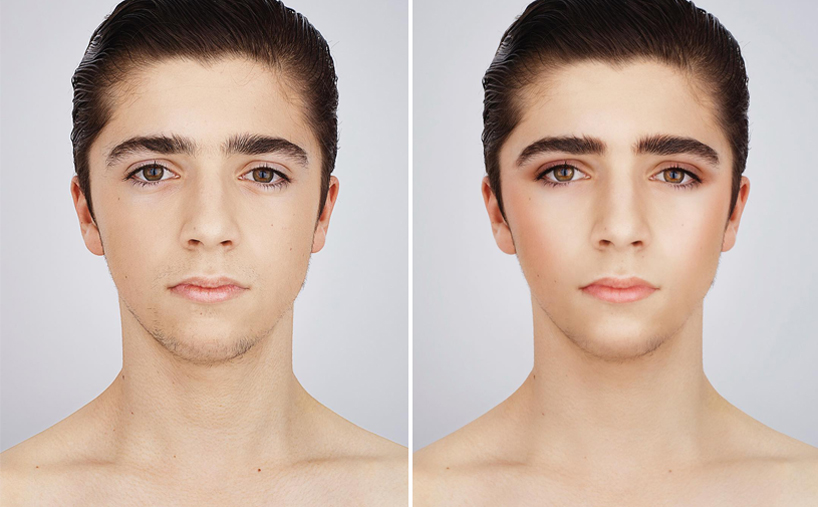 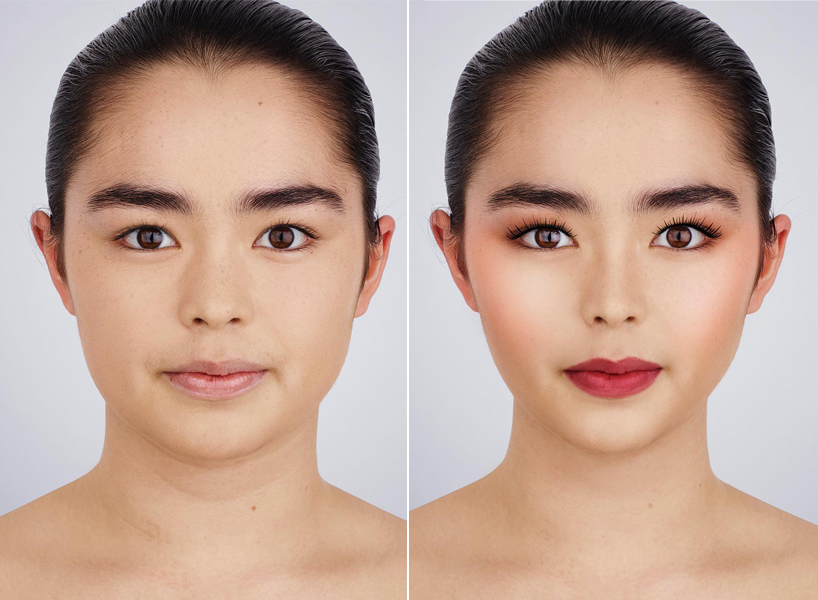 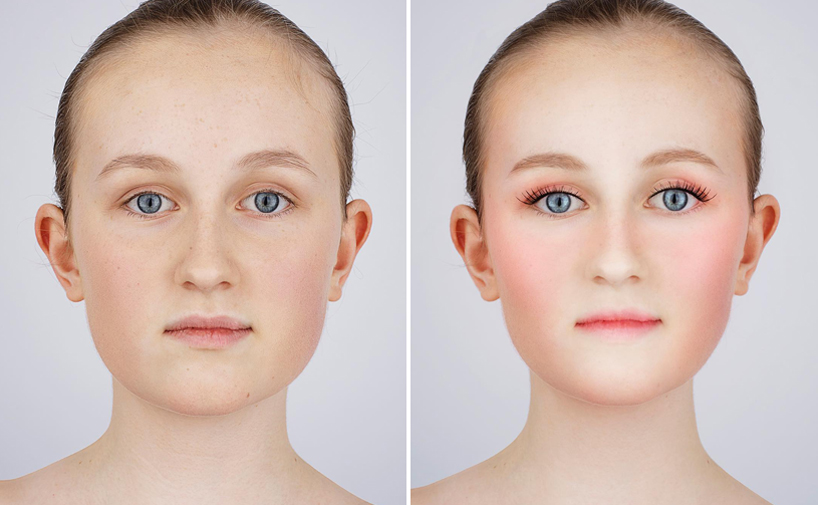