in the site-specific street art project ‘rap quotes’, new york-based artist jay shells installs over thirty street signs with lyrical references to hip-hop songs and their appropriate NYC location. for instance, the intersection of broadway and myrtle avenue in brooklyn receives a mos def sign featuring the line: ‘I’m blacker than midnight at broadway and myrtle.’ ‘new york city is the birthplace of hip-hop and if any place deserve this historical map of sorts, it’s new york,’ says shells. the project featuresquotes from musicians such as jay-z, nas and redman. 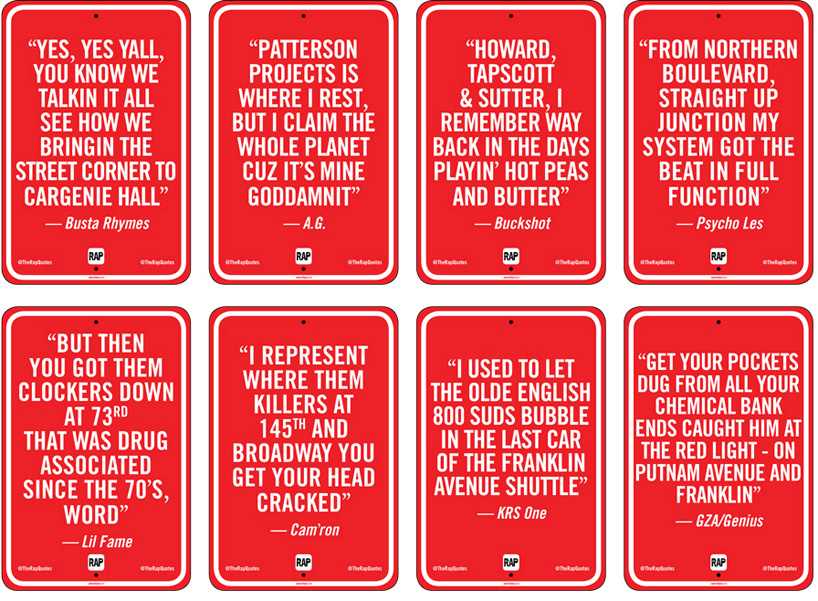 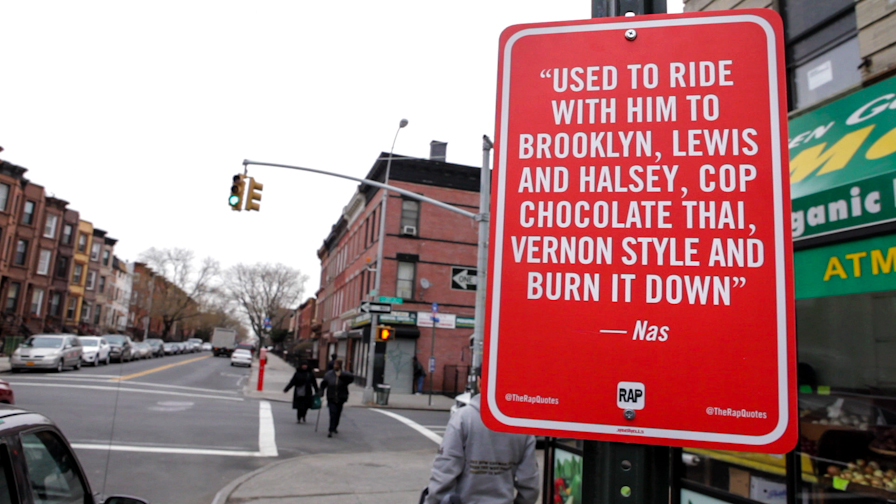 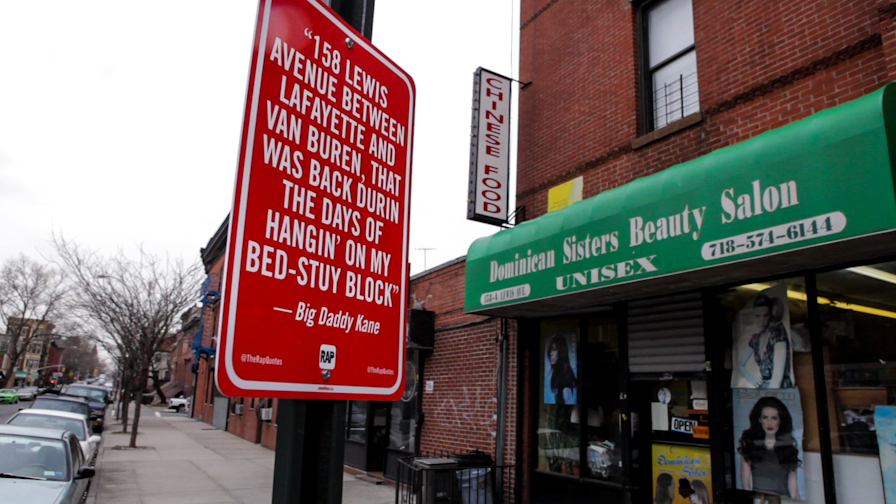 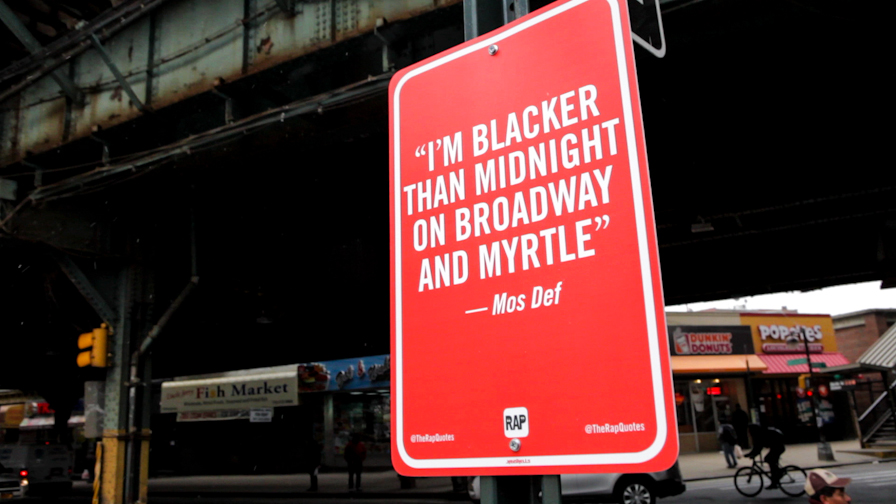 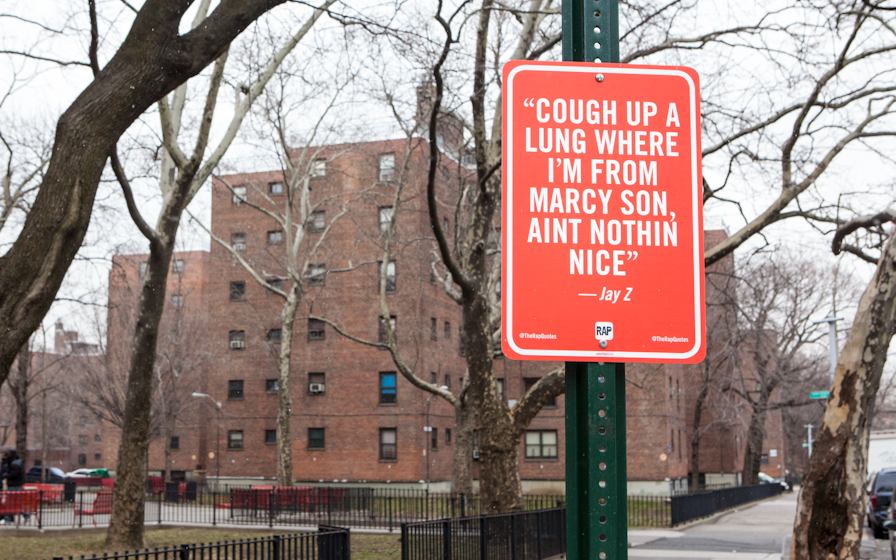 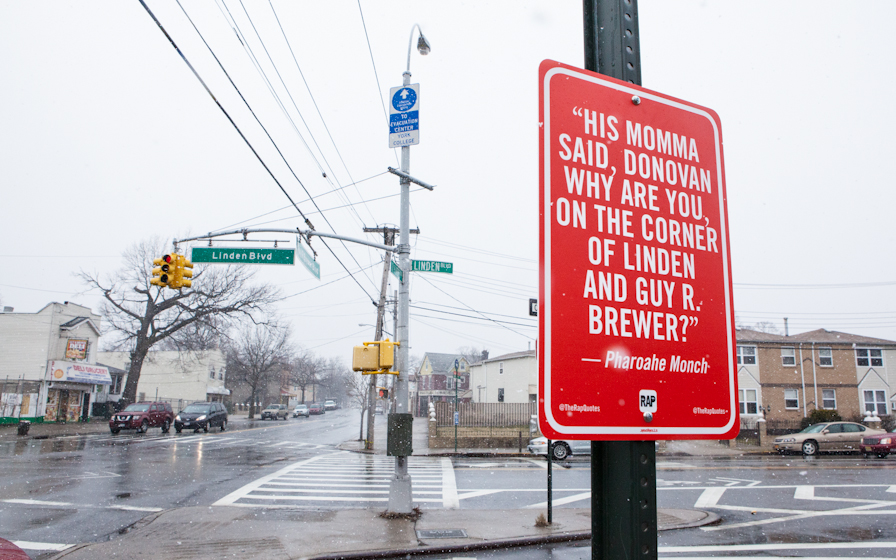 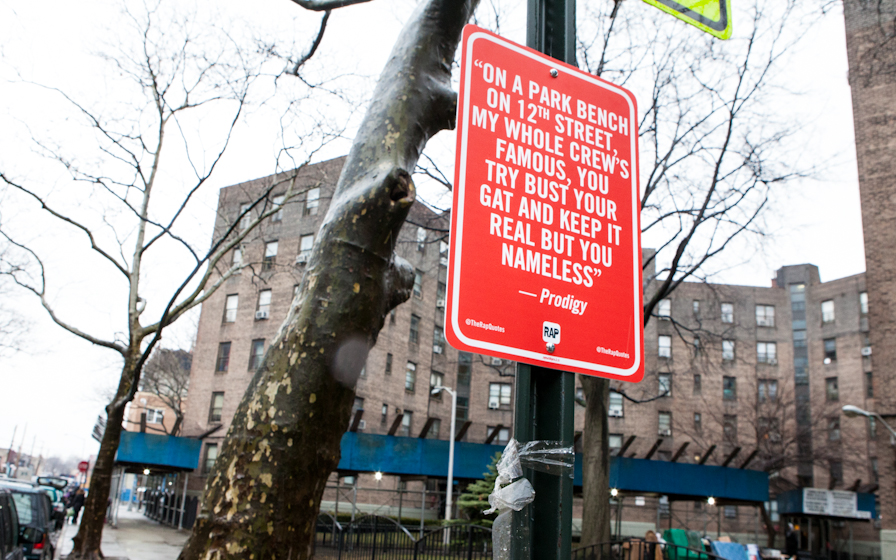 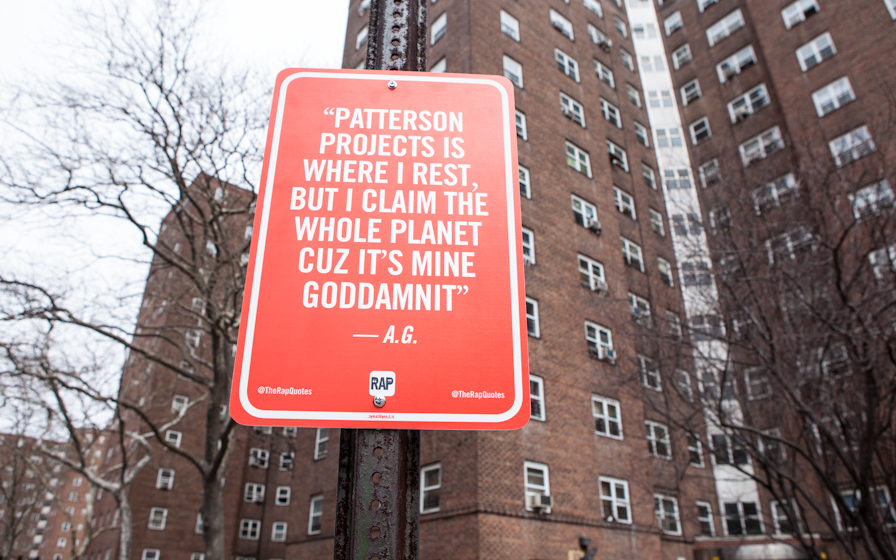 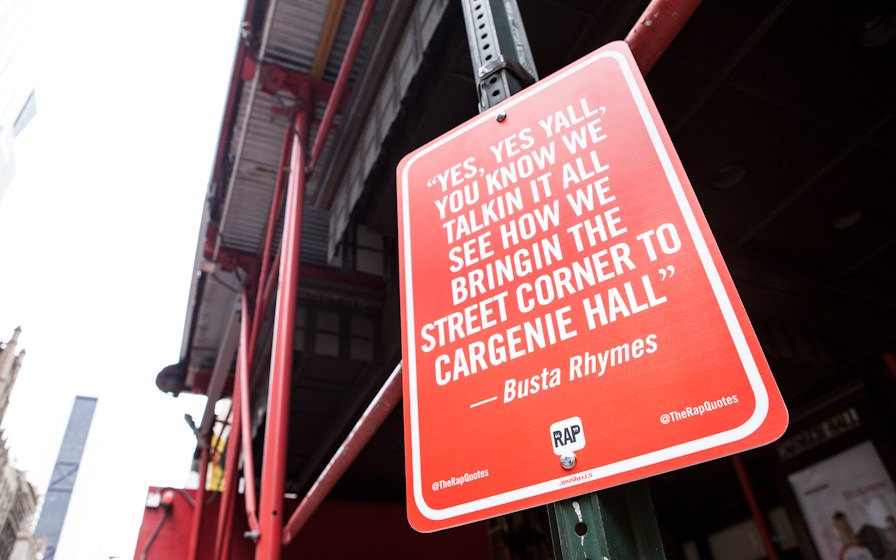