a collector of forms, skateboarder / artist raphaël zarka captures the sculptural possibilities of structures such as a concrete breakwater, unfinished monorail or the unrealized constructions which litter the urban landscape. influenced by minimalism and land art, zarka’s work is based on an almost scientific research of spaces and forms, guided by the need to order objects, he says, ‘to organize the chaos of the things that interest me.‘ his experimental approach to volume, geometry and materials resulting largely from the artist’s experience of skateboarding, has enabled him to become familiar with the surface dynamics of urban space.

one particular series of photographs, ‘riding modern art’, is a composition of eleven photographs of skaters whose images are captured riding works of public art. his photographs emphasize the hidden dynamism in many of the public sculptures we encounter: ‘what strikes me, is that skaters prioritize a relationship with the work rather than a mechanical relationship aesthetic. for them, all the interest of a sculpture is the variety of movements that it recommends.‘ -RZ

zarka has an upcoming exhibition at the french cultural center in milan, entitled ‘rhombus sectus’. the show will focus on a selection of works produced over the last four years, witnessing the artist’s linguistic eclecticism which moves between high art historical references and those of popular culture. 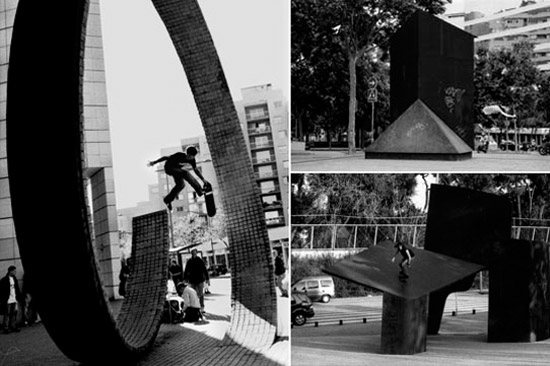 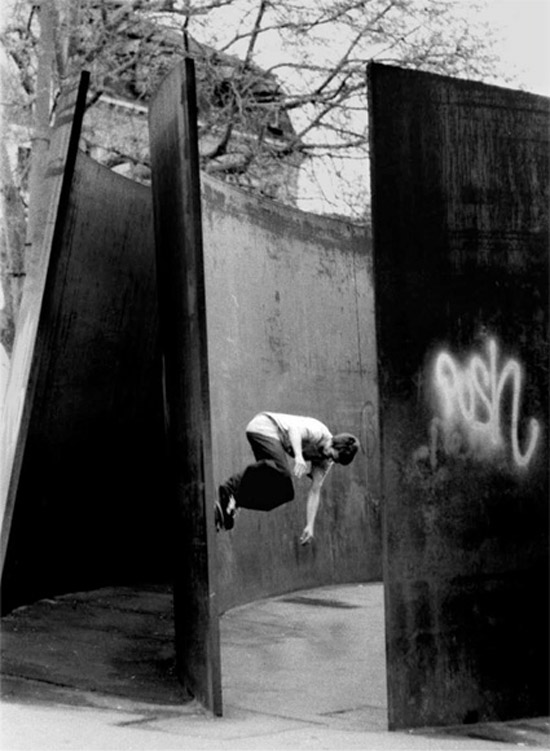 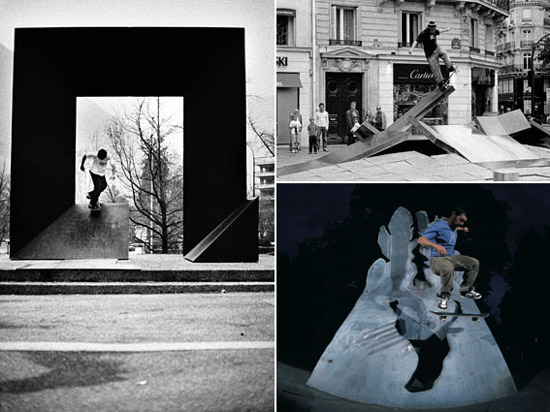 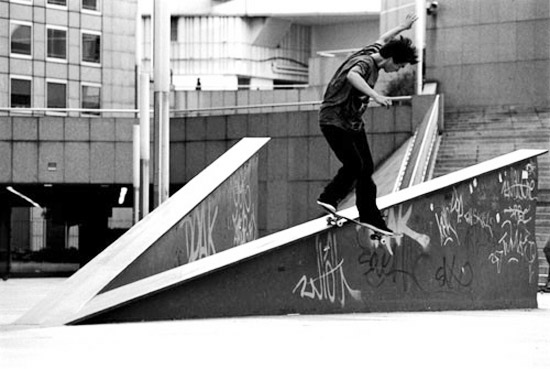 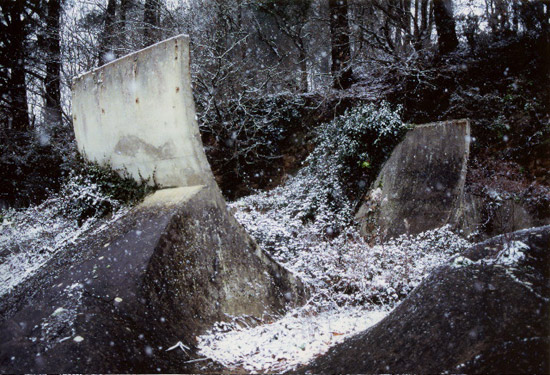 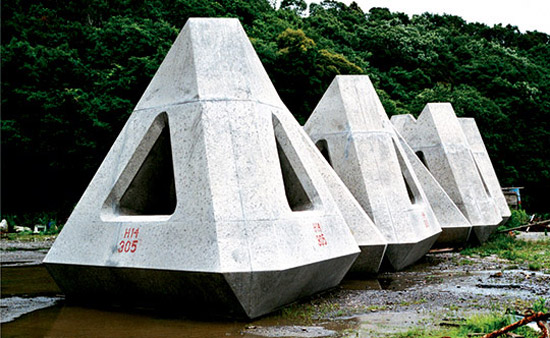 raphaël zarka studied at the winchester school of art and the école nationale supérieure de beaux-arts in paris. he has exhibited in numerous private and public spaces including, the museum of modern art, oxford, contemporary art center, chelles and laura bartlett gallery, london.