‘north/east/south/west’ by ray king, 2012 all images courtesy the artist

ray king has developed the suspended sculptural installation ‘north/east/south/west’, a chromatic, light-responsive artwork, for dulles international airport in washington D.C., USA. the piece is comprised of a series of four large circular lens components, each unit hanging down from below four skylights in the international arrivals terminal of the bustling airport. the dichroic glass elements are angled to interact with the incoming sunlight, refracting and projecting colored light reflections onto the white terrazzo floor. integrating science and geometry, king creates a space infused with light and color to greet travelers as they arrive in the united states.

each of the 15ft (457 cm) diameter circular stainless steel rings holds in place a tensile structure of struts and cables. attached to the cables are laminated glass facets coated with dichroic film. this film coating, developed by NASA, projects one color and reflects its opposite or complimentary shade, changing constantly as the interaction of both the sunlight and viewer orientation to the work influence the perception of the piece. the sculpture’s four circular components are color-coded to represent the four cardinal directions: north is represented by blue and gold; east being yellow to blue, south is seen as magenta to green, while west is viewed in the display of cyan to orange. the triangular pattern of the glass array recalls alexander graham bell’s invention of the ‘tetrahedral kite,’ an experiment that demonstrated a core engineering principle of aerodynamics that led to modern manned aviation in addition to his collaboration with samuel p. langley’s early experiments with flying machines.

‘north/east/south/west’ is situated in the international baggage claim of the busy airport, bringing light into the space in which passengers must wait before clearing customs into the united states. the interaction of the sun with the dichroic glass projects color into this waiting space. king imagined the experience of both the sculpture and the space as representative of a physical and spiritual transition into the US. 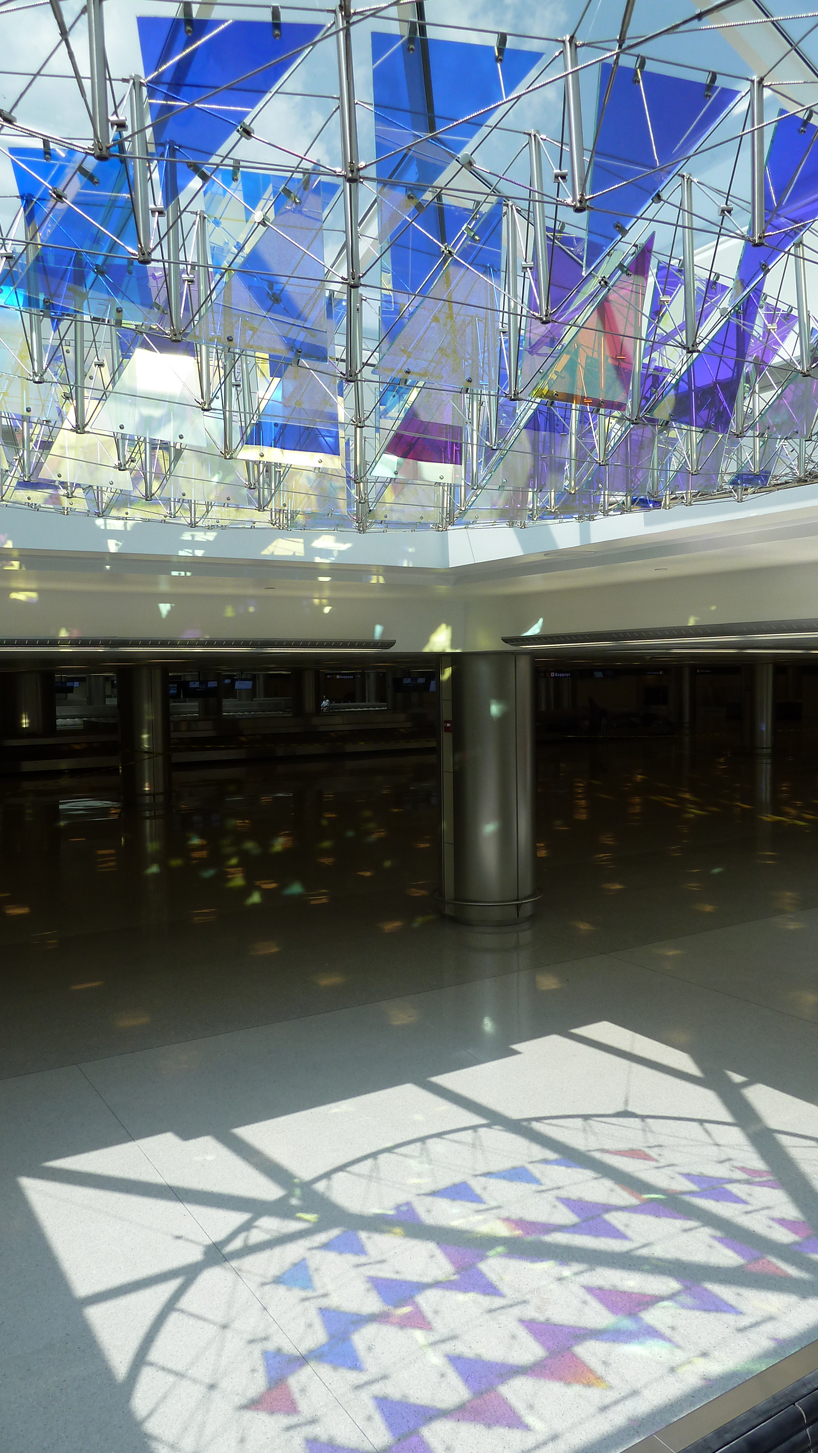 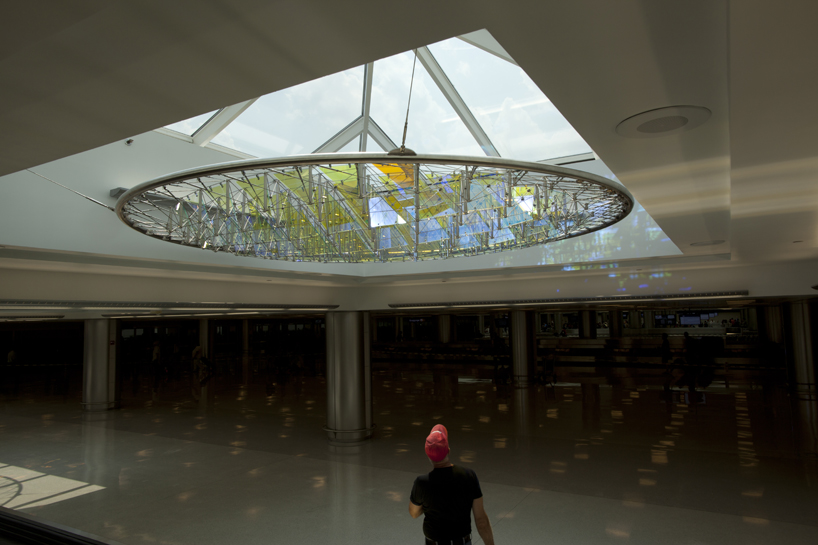 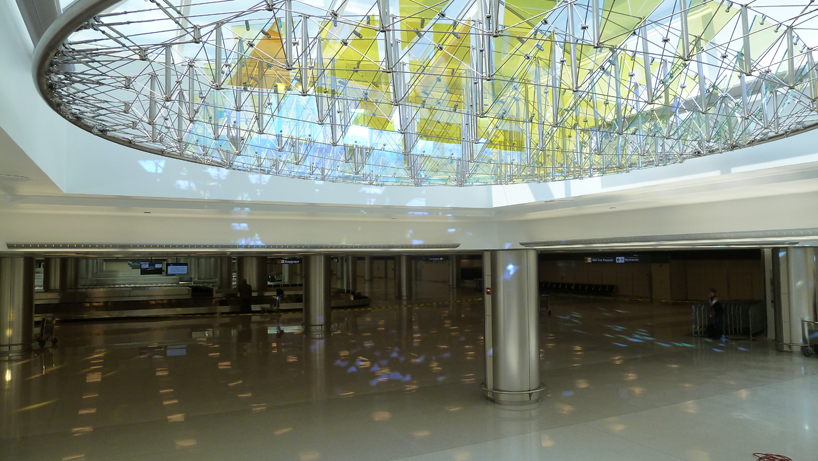 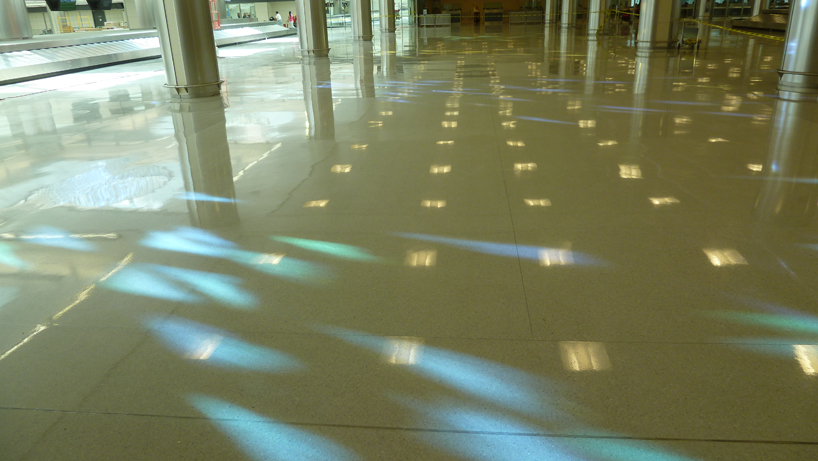 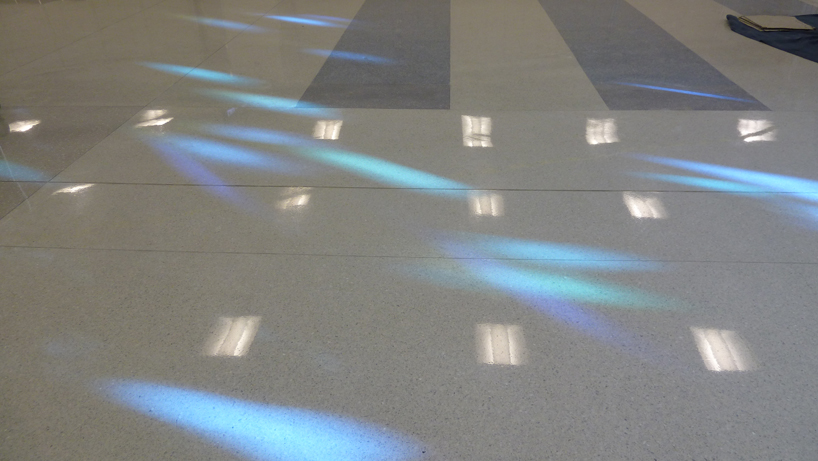 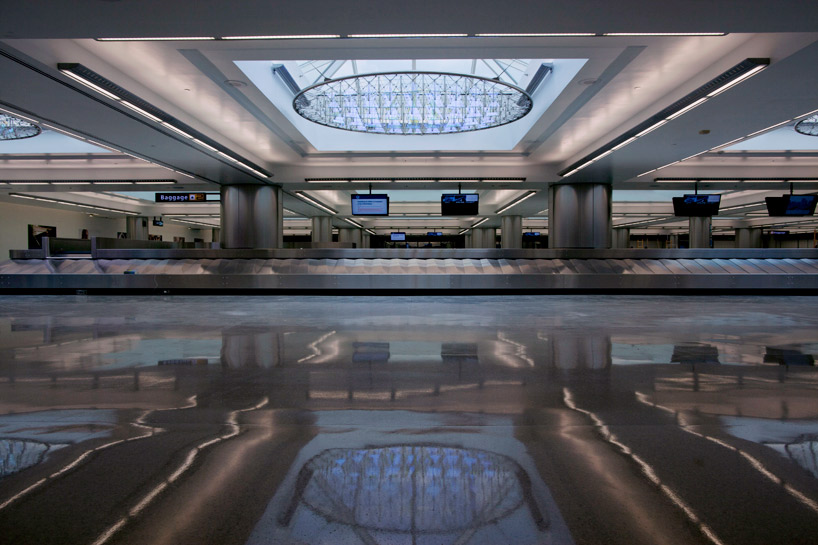 the artwork is designed to complement the scale, volume, proportion and sunlight exposure of the terminal 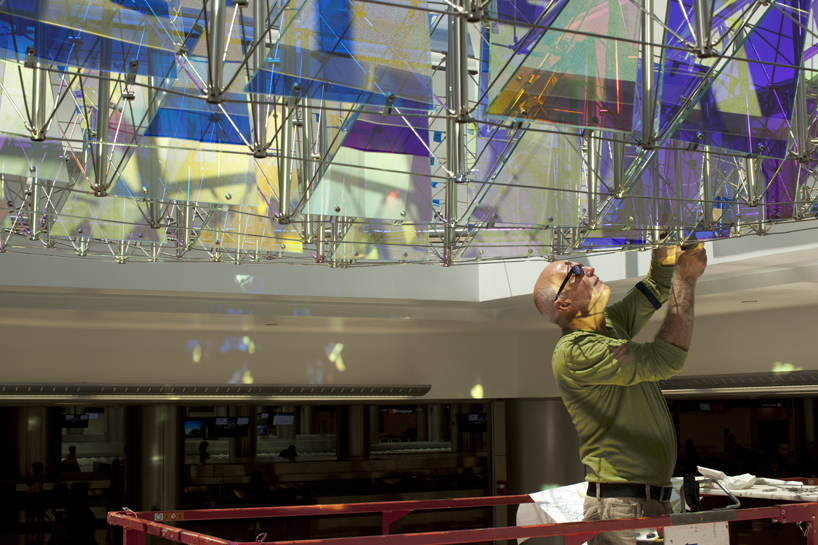 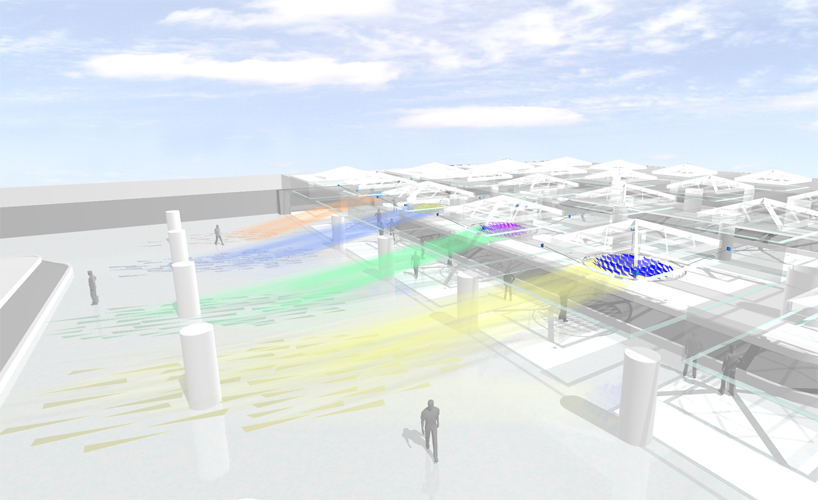 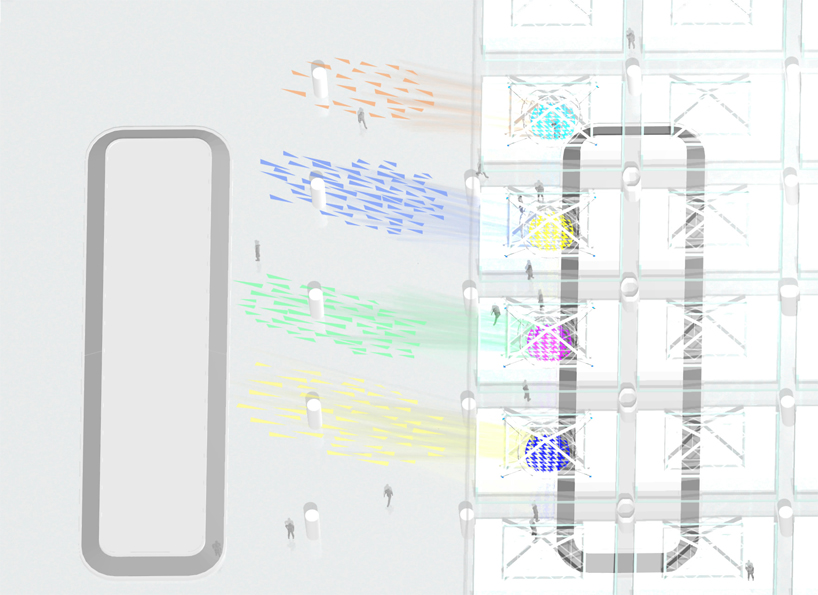 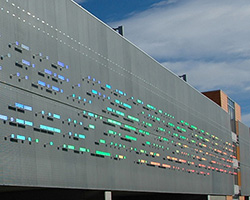 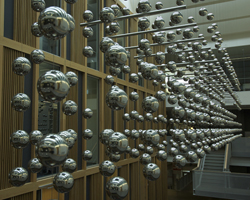 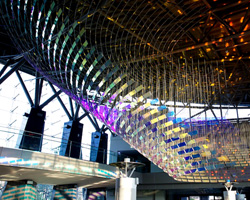 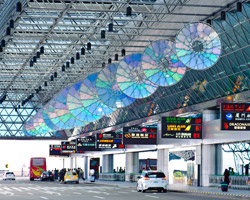 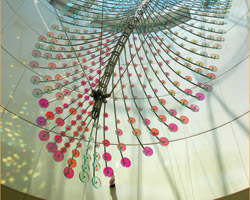