this real life LEGO may forever ruin your merry memories of building blocks. ‘creepyfig’ — a play on the word ‘minifigure’ used to describe LEGO’s tiny toy people — is a human-scale plastic figurine in the form of a wearable mask and gloves. bearing a yellow-tinted skin-like texture, giant claw-shaped hands, and black beady eyes, the uncannily sculpted hybrid-human has been created to match the dimensions and facial features of the original toy — with a hauntingly lifelike twist.

in collaboration with frank ippolito, an artist who specializes in makeup for film and TV, tested has created a face mask and wearable gloves that turn an ordinary man into a mobile minifig. pounds of clay have been sculpted around a human-scale form, where malleable material adds volume to a cylindrical head. for the hands, two giant claw-shaped forms sit over the human’s own limbs like gloves, where a single, giant fingernail fits. shown off at this year’s comic-con festival in san diego, the outfit has been designed, sculpted, and painted to look like a life-sized version of a tiny LEGO figurine, walking through the convention halls and frightening some unsuspecting passersby. ‘it lives at the intersection of creepy and amazing,’ the team says.

last week, we featured ‘graham‘, an equally eerie, human-like sculpture of a ‘person’ designed to survive a car crash. 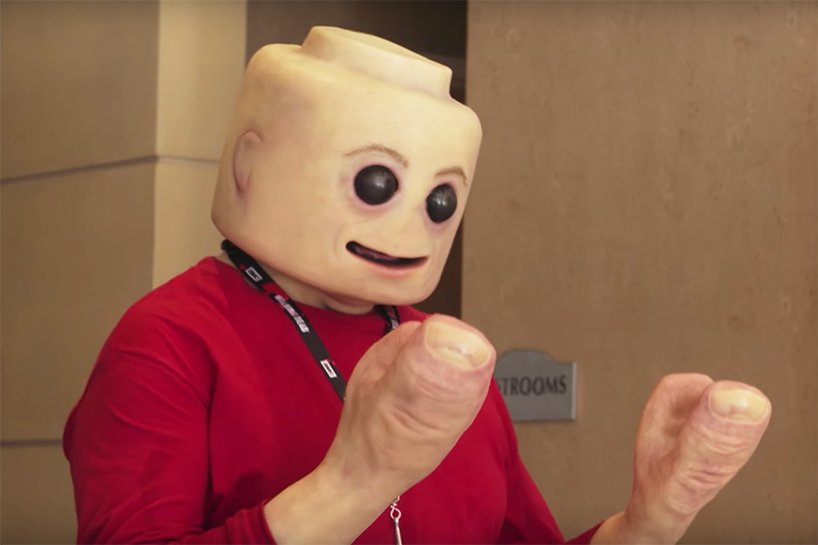 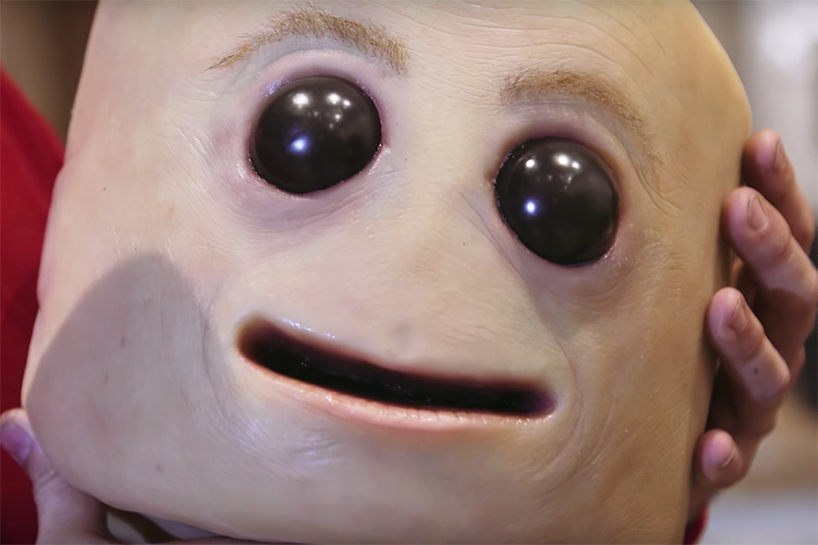 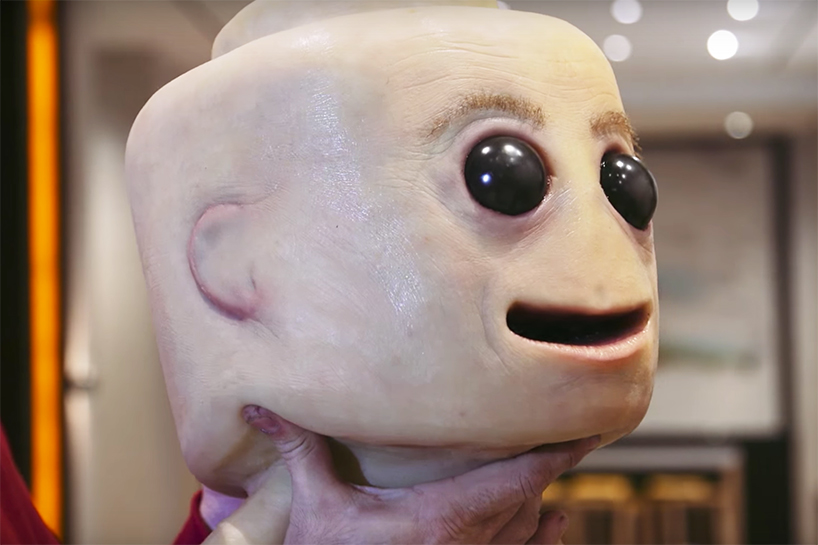 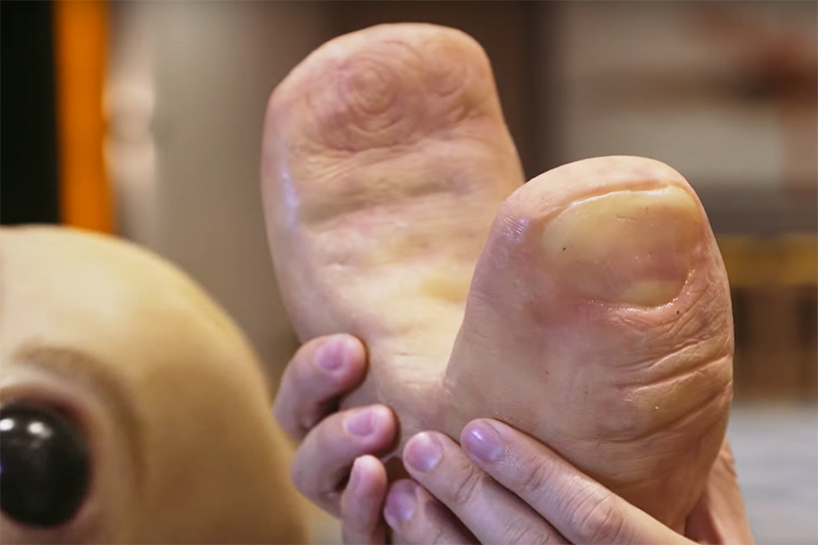 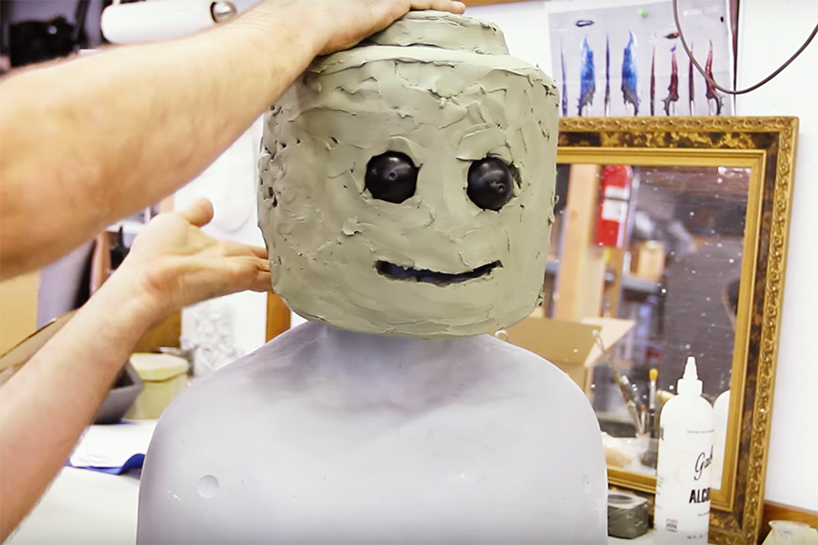 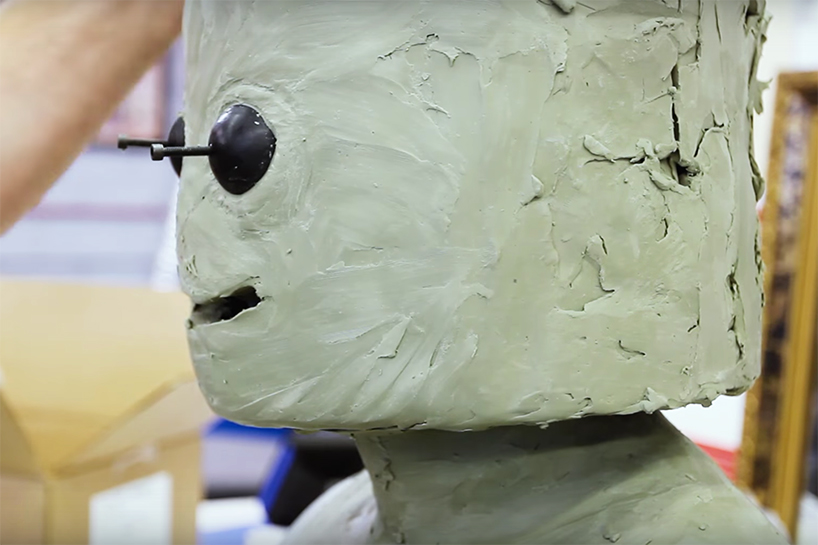 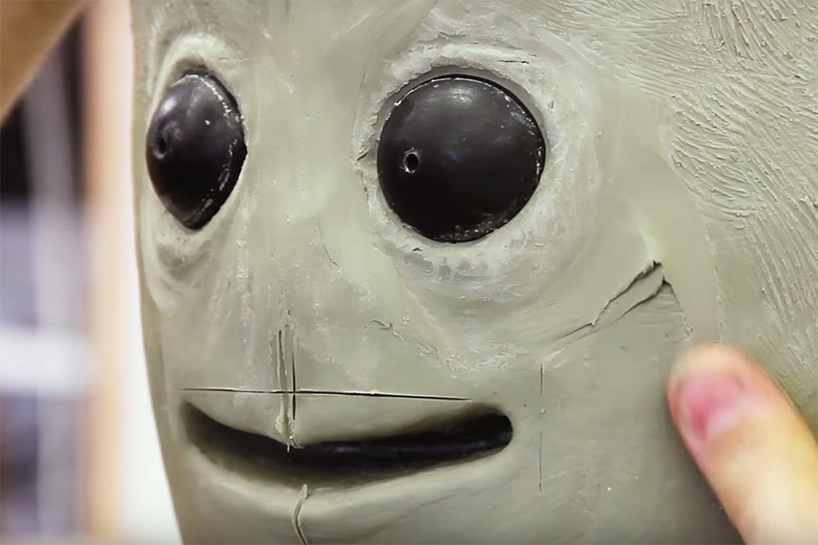 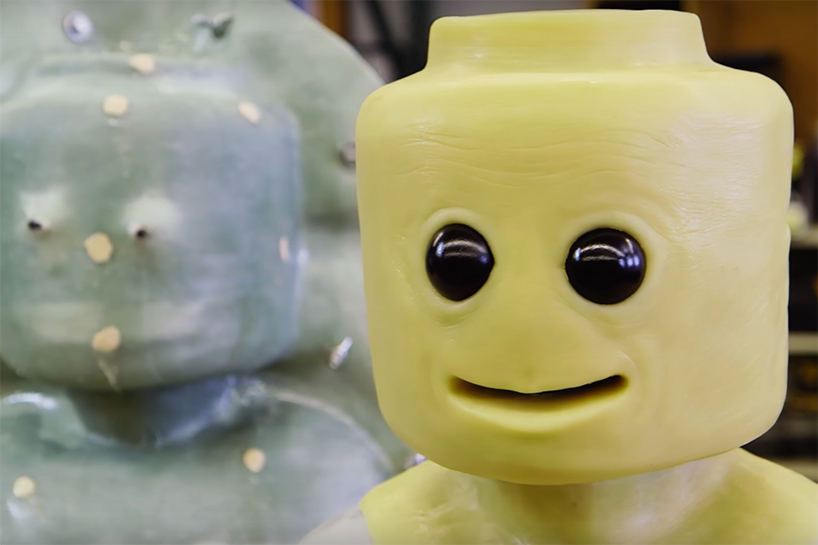