toronto based artist and director, justin poulsen, spent the majority of 2020 and 2021 meticulously building a miniature 7-eleven convenience store from scratch that functions as a shoe-box to house a pair of custom-made 7-eleven themed nike dunks. the project features the smallest details like working lights and automatic motorized doors to make it look convincingly real. 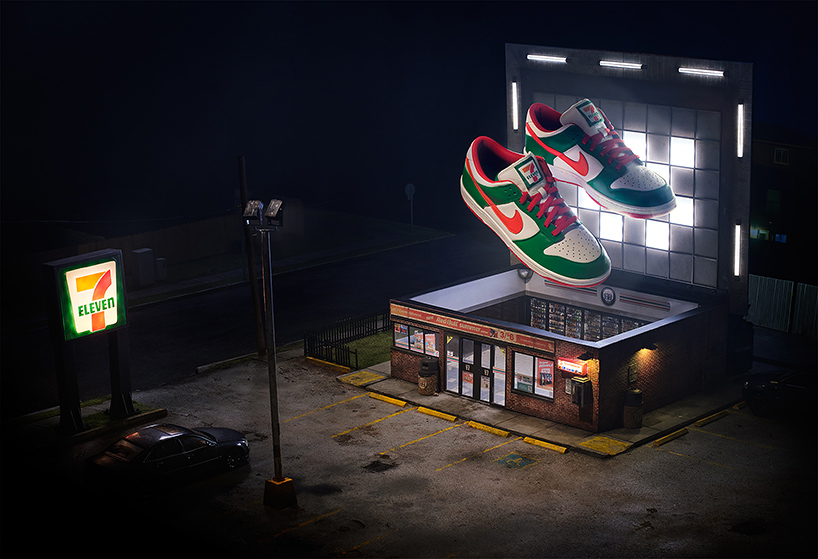 justin poulsen combined his love for slurpees and custom nike sneakers in a truly unique way. he built everything from scratch using a mixture of laser cut wood, 3D printed accessories (designed and painted in-house), and a variety of random materials. the functioning lights built into the set are high output specifically made for photography and video applications, as there was a lot of light needed to feed the specific probe lens used when filming the set. the motorized doors were programmed using tiny servo motors and an arduino controller. 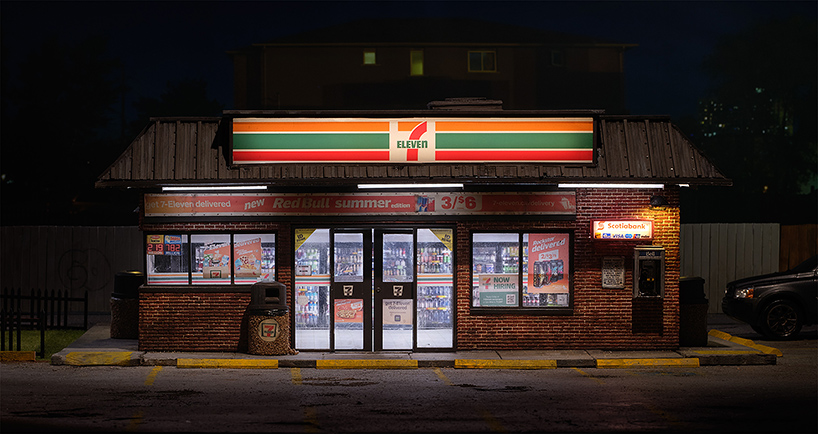 the artist spared no detail as he planted miniature cigarette butts in the tops of the garbage cans, bird poop on top of the street lamp poles, and rust/paint chips on all of the bolts. the completed building required a parking lot to accompany it which needed to be large enough to fill out the camera’s field of view. originally contemplating CG or painted backdrops, poulsen decided that everything had to be hand-built to match the spirit of the building.

the resulting set, which was hand-painted and weathered in a meticulous fashion, ended up being 3 meters long and 1.8 meters deep. the project took just over two years to complete from start to finish. mid-2020, the two brands in question announced that they were planning to pair for their own collaboration, the same collaboration the artist had envisioned years ago. their plans were short-lived, as they ultimately canceled the shoe with no media roll out but justin’s project remained and he calls it ‘the 7-eleven dunk that could have been.’

name: the 711 dunk that could have been