boa mistura recently finished a new installation titled ‘réalité’ (reality) at the chevaleret metro station in paris as part of the event nuit blanche. the spanish collective used the big steel and stone columns located under the rail tracks of the station to spell out réalité using the technique of the anamorphosis.

‘the idea was to try and reflect the reality of the dozens of people who use the station everyday. the people who sleep, eat and commute through the space.’ – boa mistura 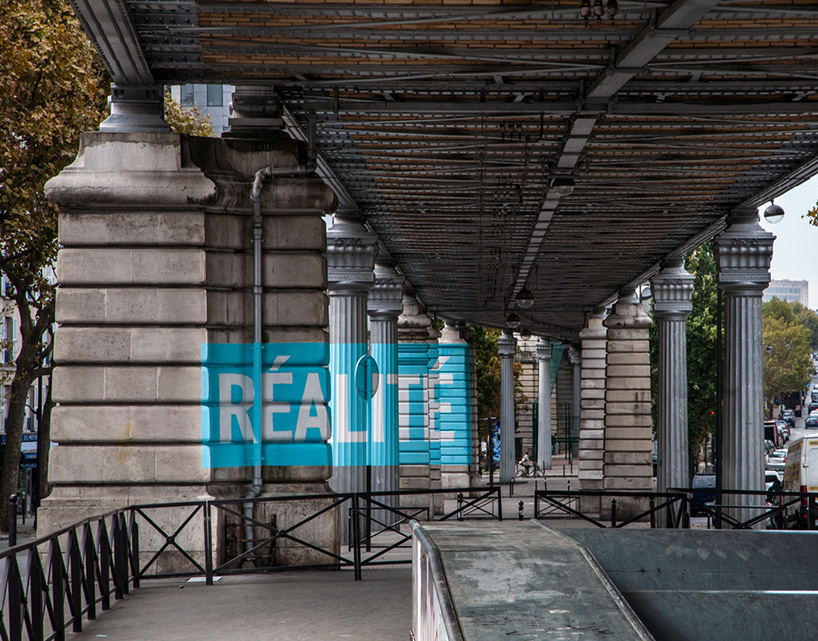 réalité (reality) at the chevaleret metro station in paris 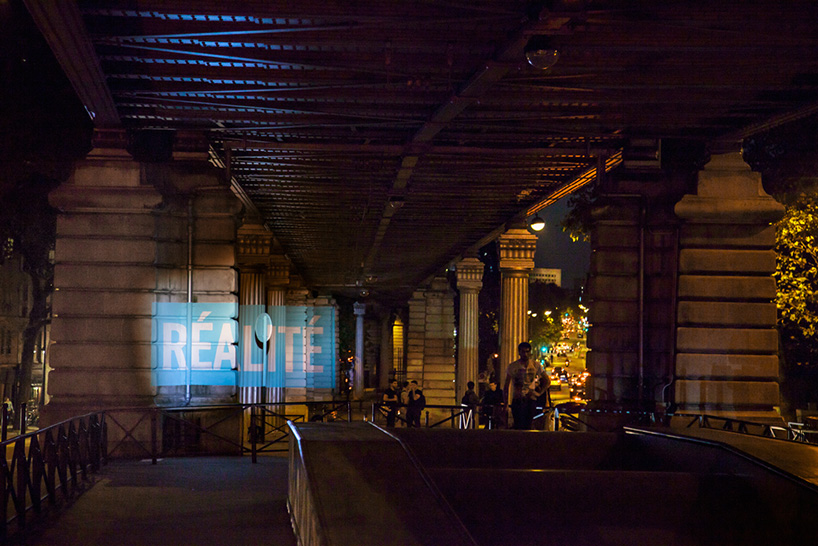 the installation was comissioned by the event nuit blanche (white night) 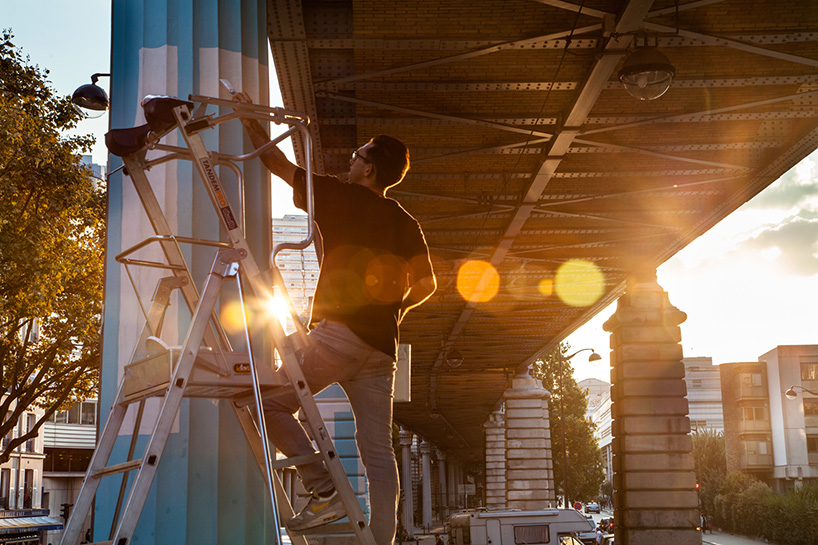 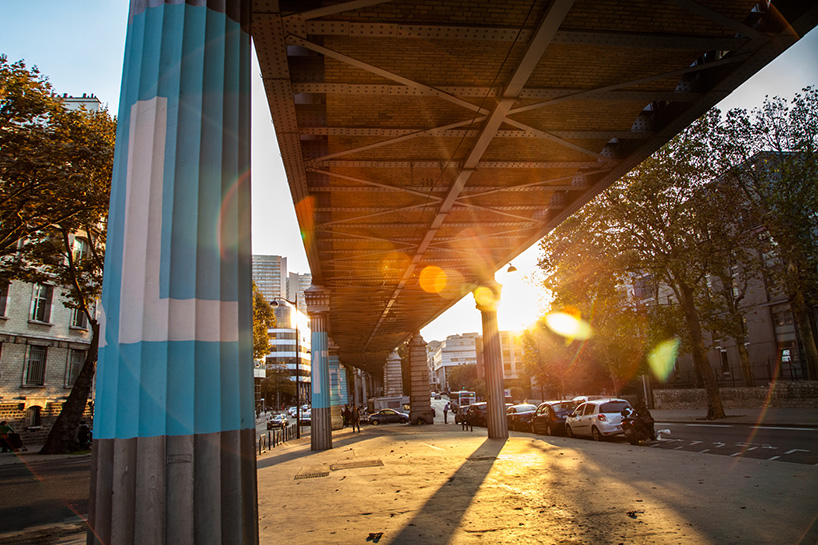 the word can only be read from a certain point / angle. 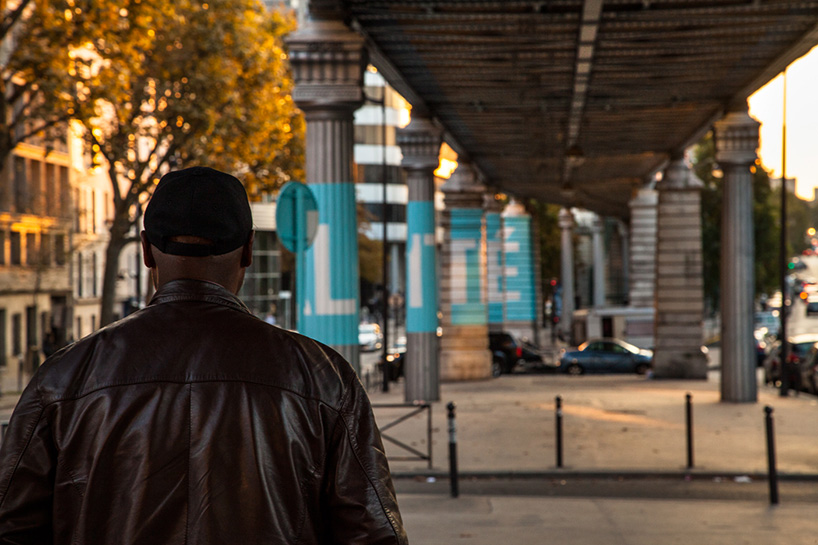 designboom recently spoke to boa misura about their work…

‘when we started, with our work we were only looking at the results aesthetically. gradually, our work has been evolving, we have been adding different layers to make it more complete and enriching.’

‘maybe, the first step of this evolution was to begin to consider the place where we are going to intervene. all of our works are linked to the place – nobody is going to rip our work off the street and move it. we do site specific projects which have to create a dialog with the place, its history and the people living there. before we start working, we ask ourselves the question; ‘is our work going to improve the place?’ if the answer is ‘no’, then we simply don’t proceed. gradually the social and participatory dimension of our projects came about, this changed the aim of the work again. at the beginning, we were only was looking to transforming spaces physically, aesthetically. now, we look for a deeper transformation, one that involves the people who will live with our work.’

‘hopefully our process and results will continue to become more and more meaningful with time.’