the redball project has been traveling the globe since 2001, stopping in landmark cities from paris to portland. for the public art piece’s latest installment, american artist and project creator kurt perschke has placed the giant orb around the belgian city of antwerp, visiting famous sights such as the law courts designed by architect richard rogers and the HETPALEIS performing artists center. 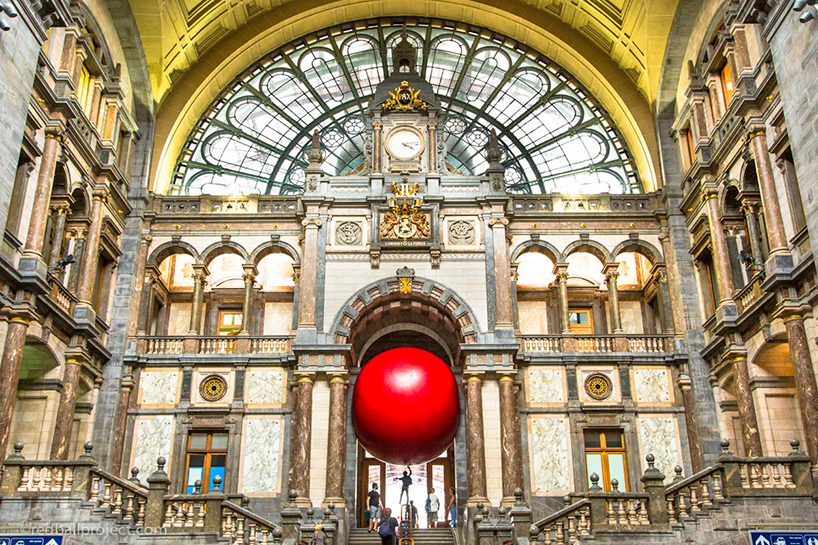 all photos by brit worgan © redballproject

from august 19-28, 2016, zomer van antwerpen invited red ball project to explore the city of antwerp, squeezing into staircases, architectural archways and entryways, and between the beams of a bridge. pedestrians, passers-by and art enthusiasts alike are invited to interact with the nearly 250 pound, 15-foot-high inflated intervention. ‘through the magnetic, playful, and charismatic nature of the redball, the work is able to access the imagination embedded in all of us,’ perschke says. ‘on the surface, the experience seems to be about the ball itself as an object, but the true power of the project is what it can create for those who experience it. it opens a doorway to imagine what if?’ 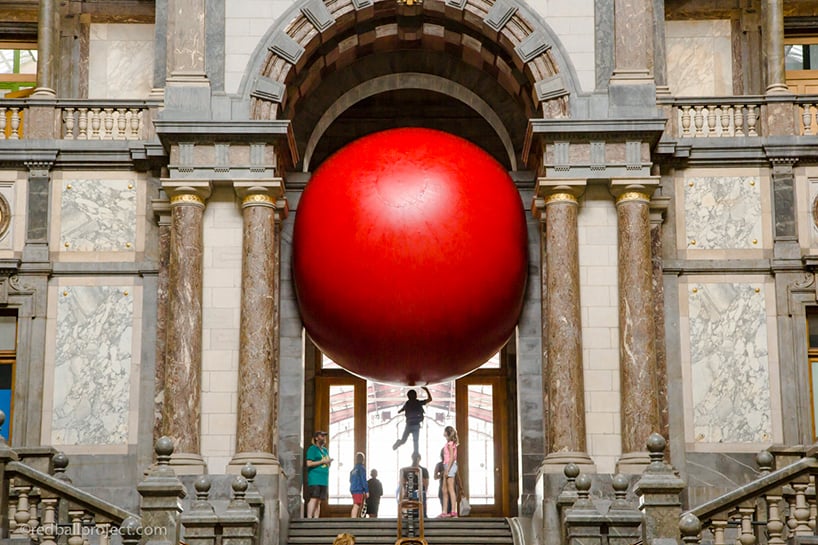 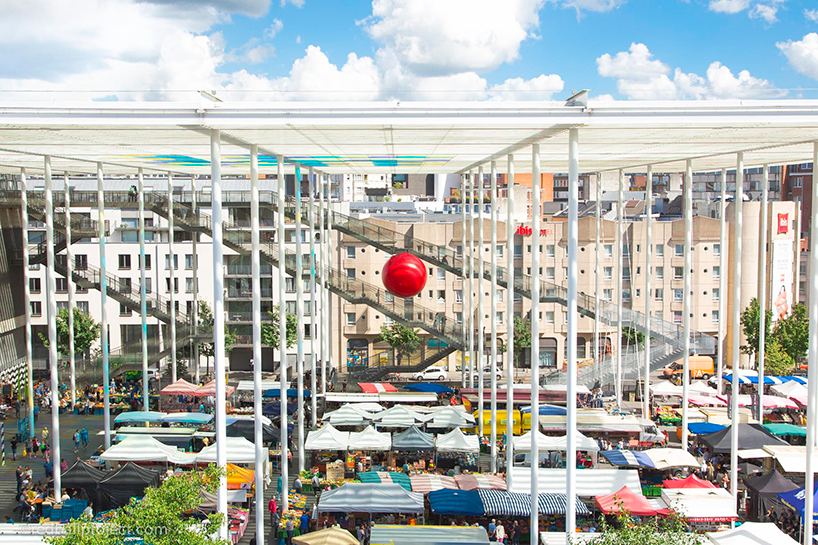 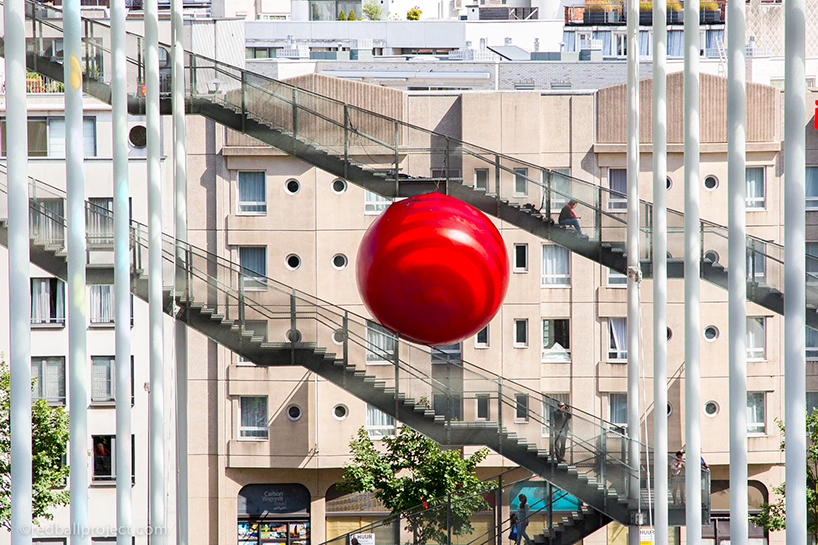 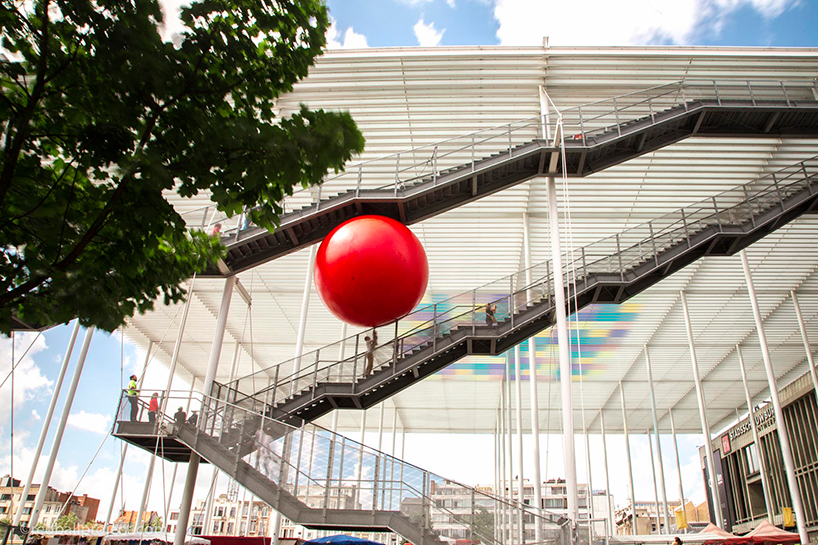 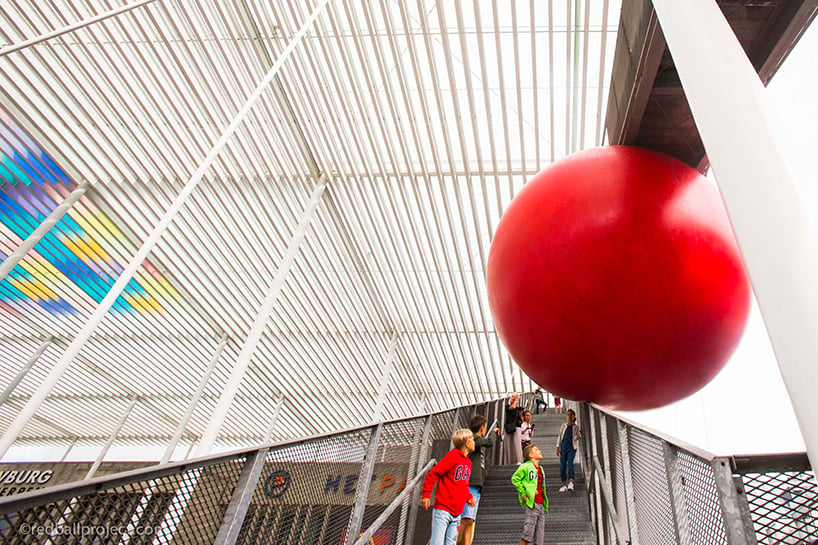 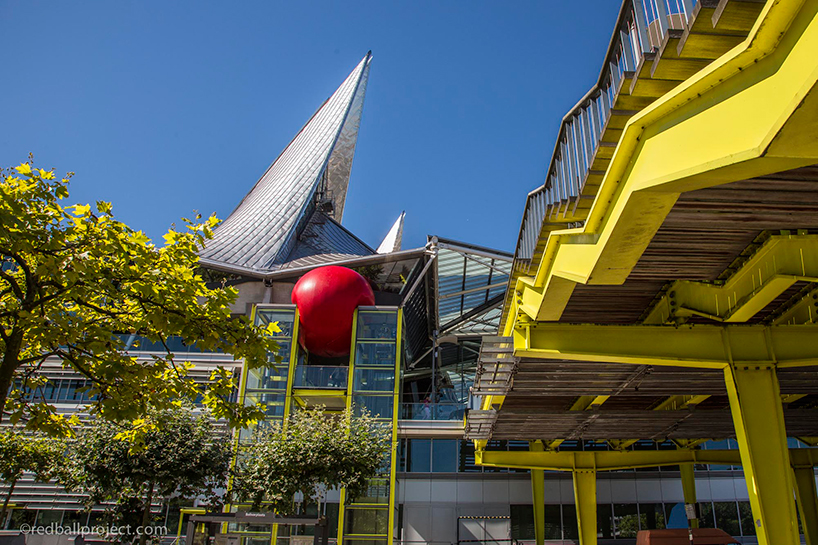 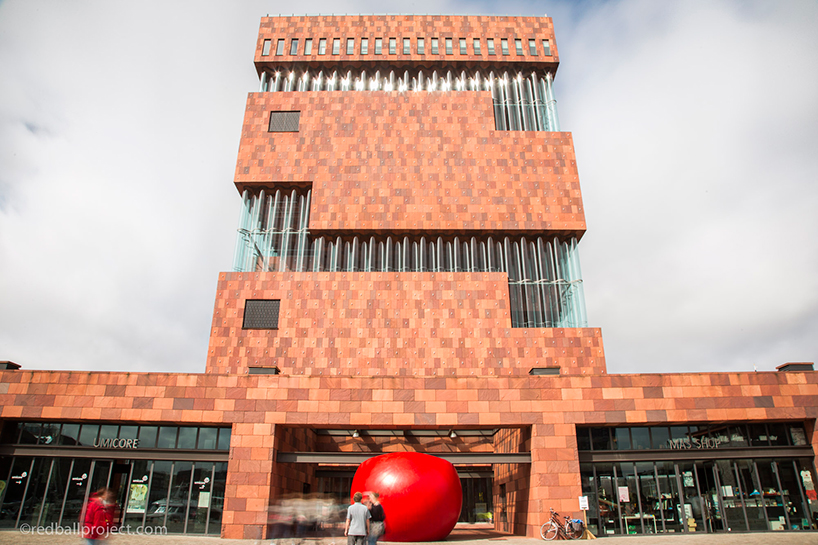 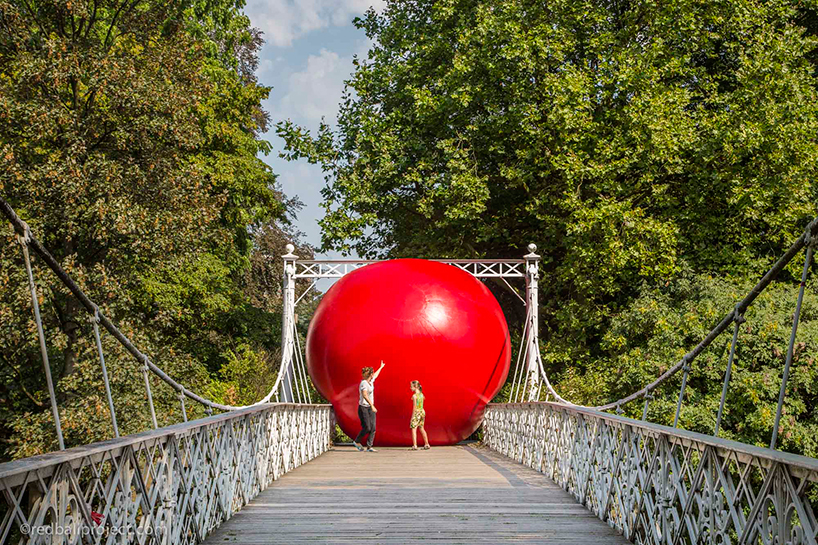 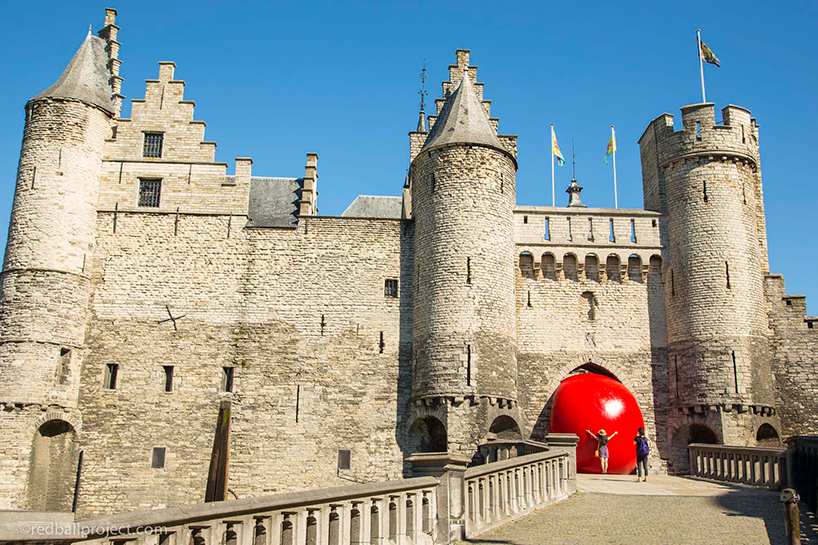 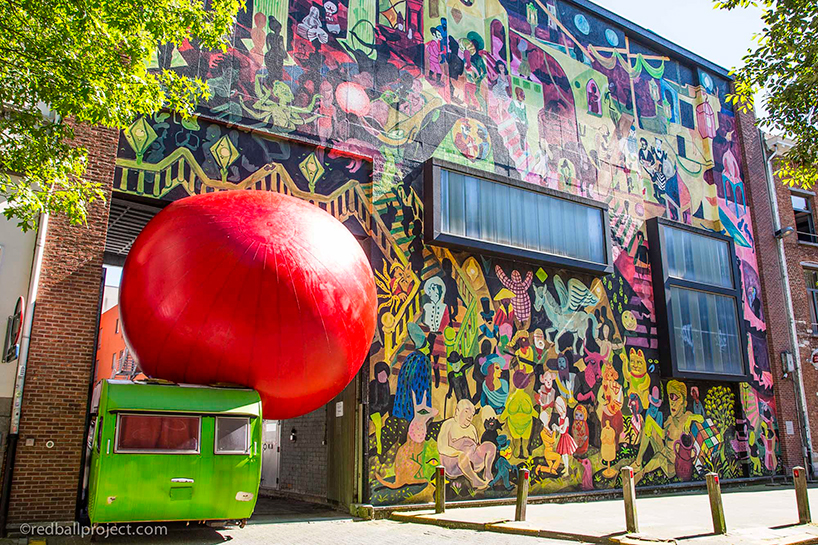