since 2001, the redball project has traveled the globe, stopping in landmark cities from paris to perth. for its latest performance, the man behind the public art project, kurt perschke, has installed the piece at the historic place de la mairie in rennes, france.

from july 3rd-9th, 2014, as part of the les tombées de la nuit arts festival in france, the redball has squeezed its way into the opéra de rennes’ narrow archway, inviting passers-by and art enthusiasts alike to celebrate the large-scale, creative intervention. weighing about 250lbs, the 15-foot-high inflated sphere clearly stands out — surrounded by concrete city structures and the site’s surrounding architecture, the huge colored orb brings a sense of play and humor to the scene. ‘the urban environment is overbuilt and full of possibilities, and the project is about seeing the sculptural spaces of a city.’ perschke comments ‘the humor and charisma of the piece allow it access to the city and invites others into its story. I think it’s essential for public work to do more than be ‘outdoors’ – it needs to live in the public’s imagination’. 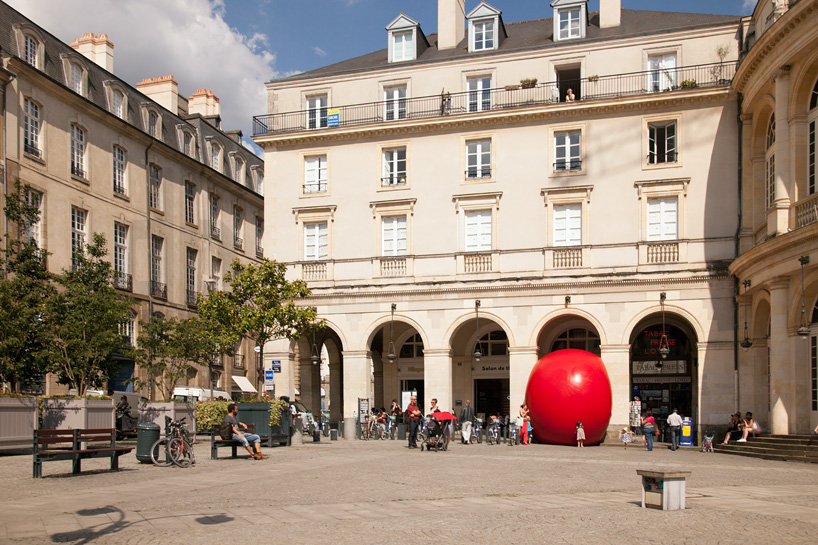 the redball squeezes into the opéra de rennes’ archway 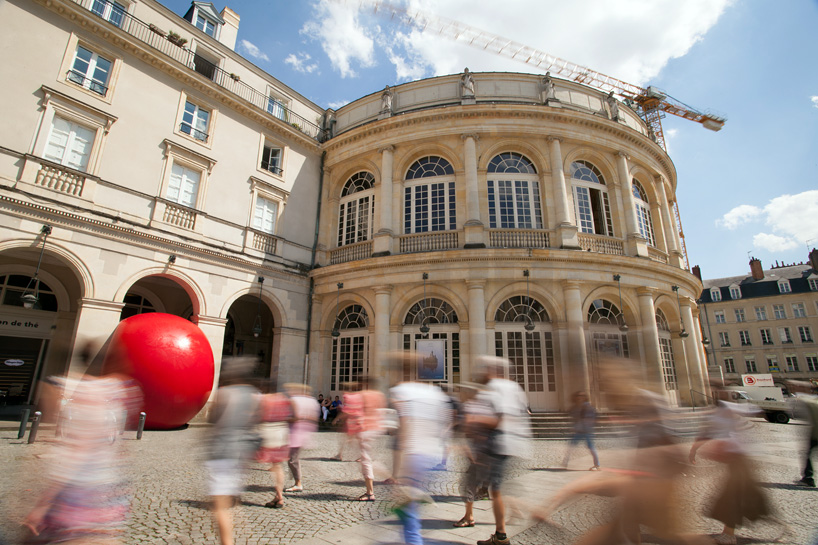 weighing about 250lbs, the 15-foot-high inflated sphere clearly stands out 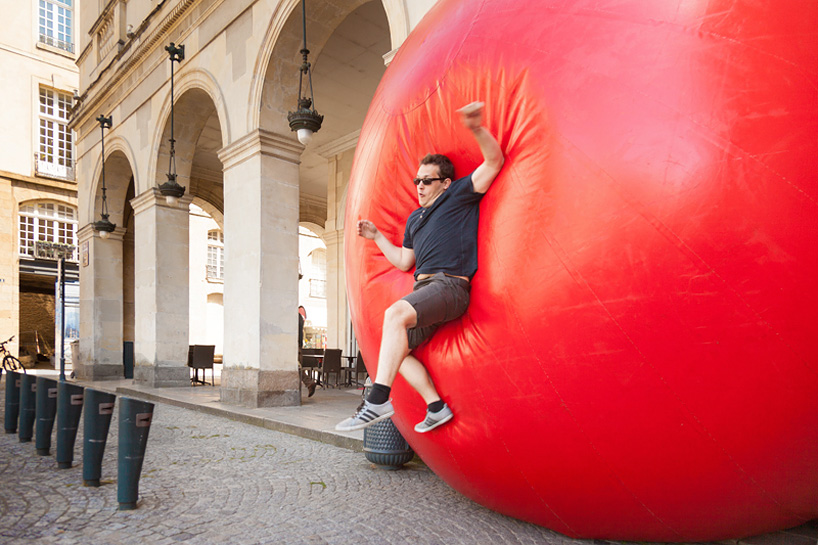 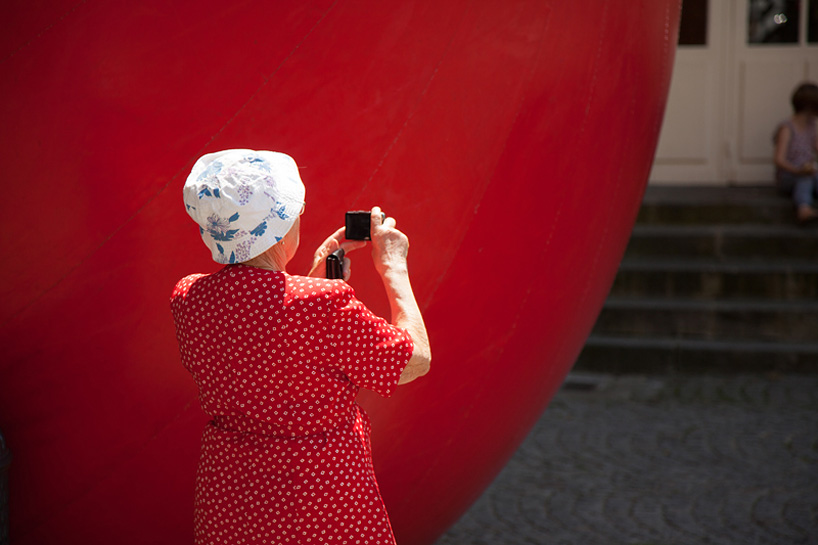 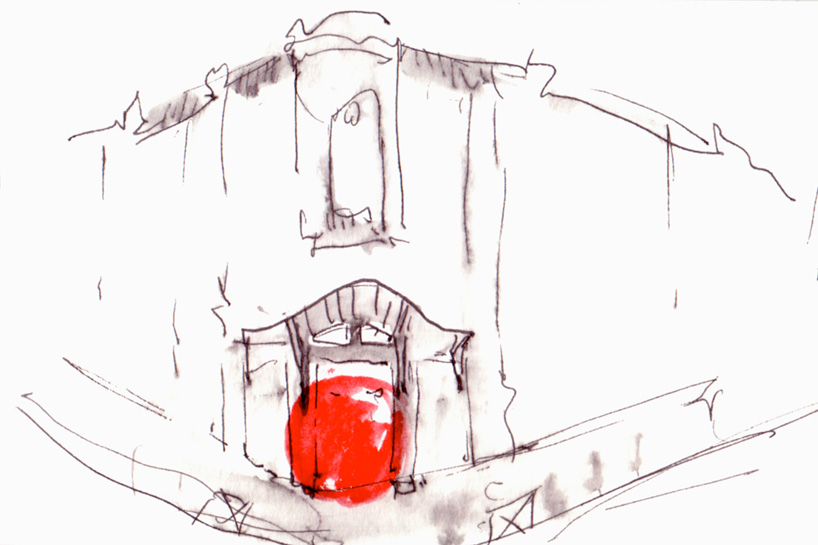 sketches by the artist 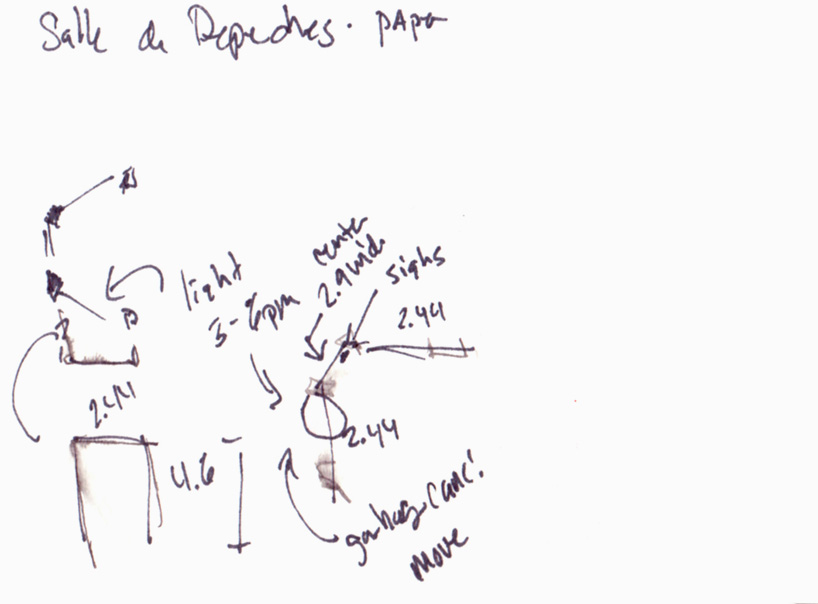