the creations of remedios vincent induce reactions of equal parts delight and macabre horror. a butternut squash with a single gleaming eyeball, a necklace fringed with eyelashes, a vegetable adorned with golden teeth: they parade from vincent’s mind in a gruesome celebration of beauties, beasts and all the happy frankensteins that exist in between. 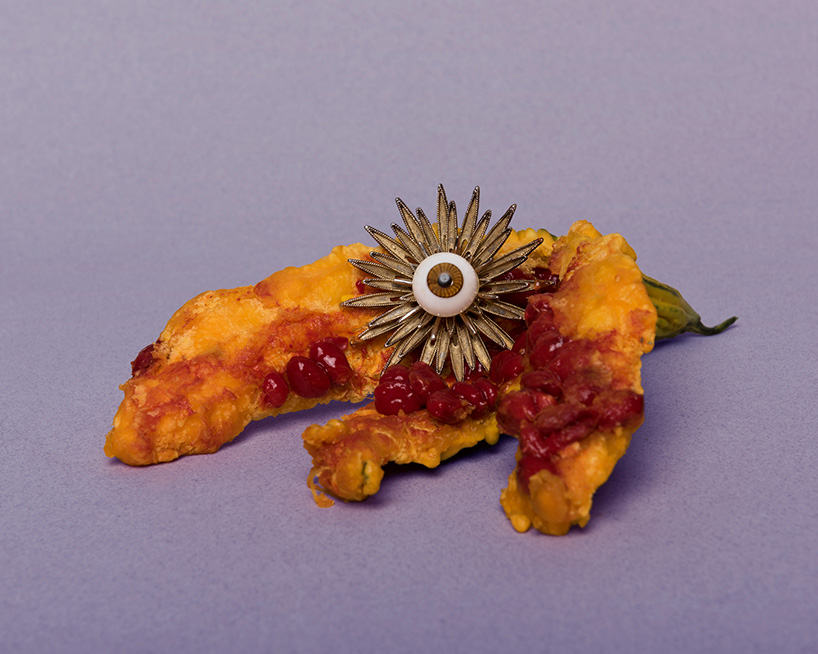 vincent’s most recent collection is a collaboration with photographer pablo martínez muñiz and fellow designer hector orruño. entitled ‘the emperor’s new clothes’, the collection — of sculptures, arrangements, reappropriations — is part of vincent’s wider brand ‘feeas’ which sees the artist reuse old and unwanted tools and trinkets (some over a century old) that she has salvaged from antique stores. by combining an eclectic mix of fruits and veg, knick-knacks and instruments, vincent creates a host of characters — each celebrated and romanticised with its own glamour shot. in grafting these alien objects together, ‘the emperor’s new clothes’ sees textures clash and combine to create a bizarre new vocabulary, and a bizarre new narrative: watermelon and lace, tooth and metal, ribbons and dirt. 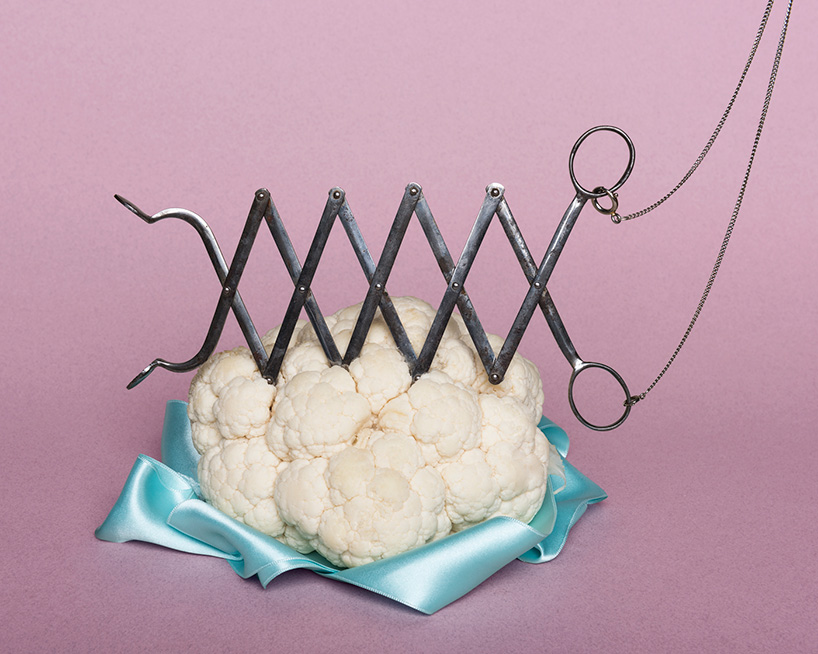 the collection is part of vincent’s wider brand ‘feeas’

‘I am interested in giving new life to pieces that have ceased to be useful in regards to the purpose for which they were created, but that still have much formal interest, especially when taken out of context’, says vincent of her work. ‘these objects have their own stories, having been used by people who lived in other parts of the world and at other times, I have tried to retain their spirit by subtly intervening in them, with the idea that in a future someone would want to return it to its original use’. 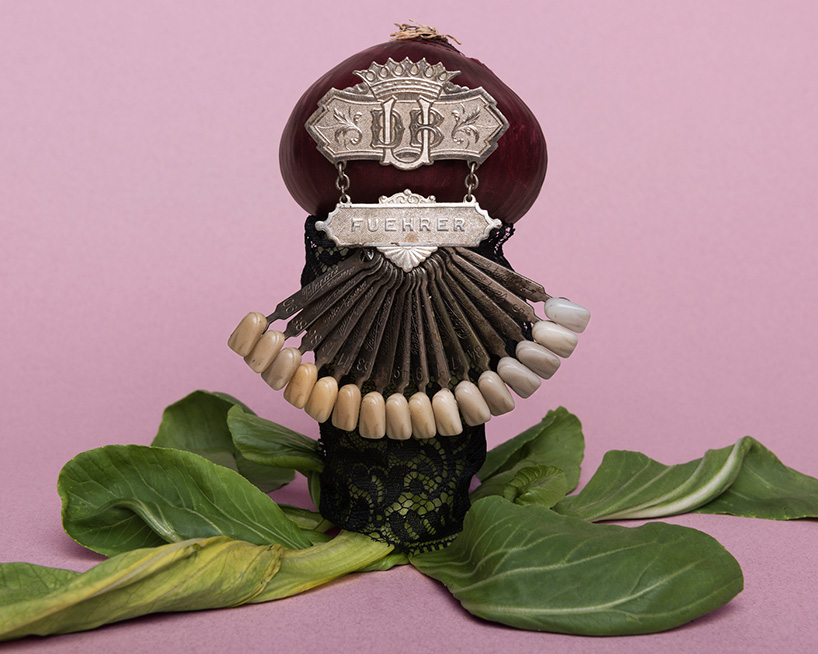 in these new arrangements, forgotten tools find new use in often hilariously eerie vignettes. the juxtaposition of the organic, the mechanical and the downright creepy lends a perspective to the work that is as off puttingly beautiful as it is nostalgic and heartfelt. there’s something about this bric-a-brac that you can’t help but root for.

‘the rich nature of remedios’ work will transport you to the realm of oddities and eccentricities,’ expand muñiz and orruño, ‘a cabinet of curiosities where the first experiments in horticulture produced whimsical grafts. like characters in a masquerade, in a courtly procession. small allegorical portraits straight out of a dream where ludicrous fruit-shaped heads and pompous veggie-beings play assertive situations halfway through animality, exuberance, violent drive and mystery. ultimately fickle creatures which everyone can reflect on. 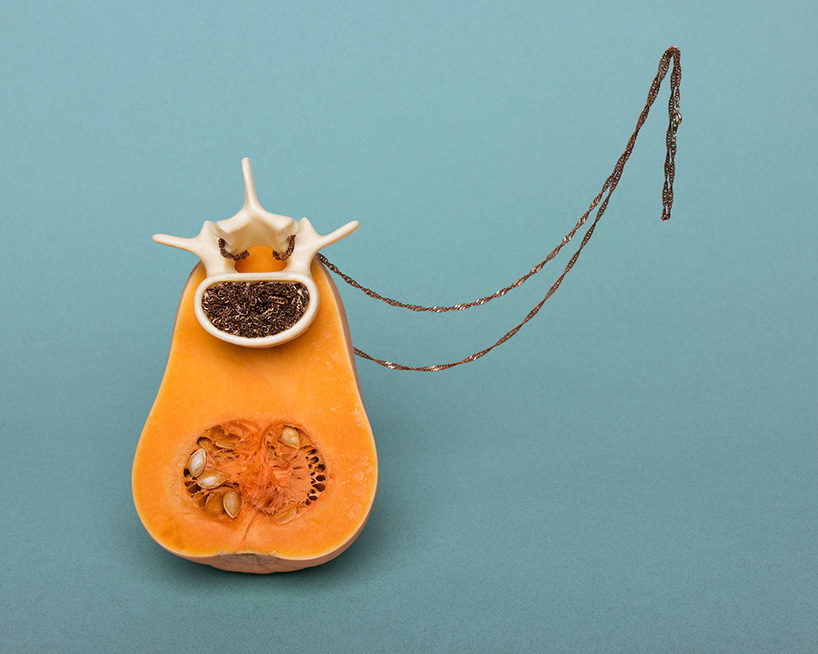 some of the items used are over a century old 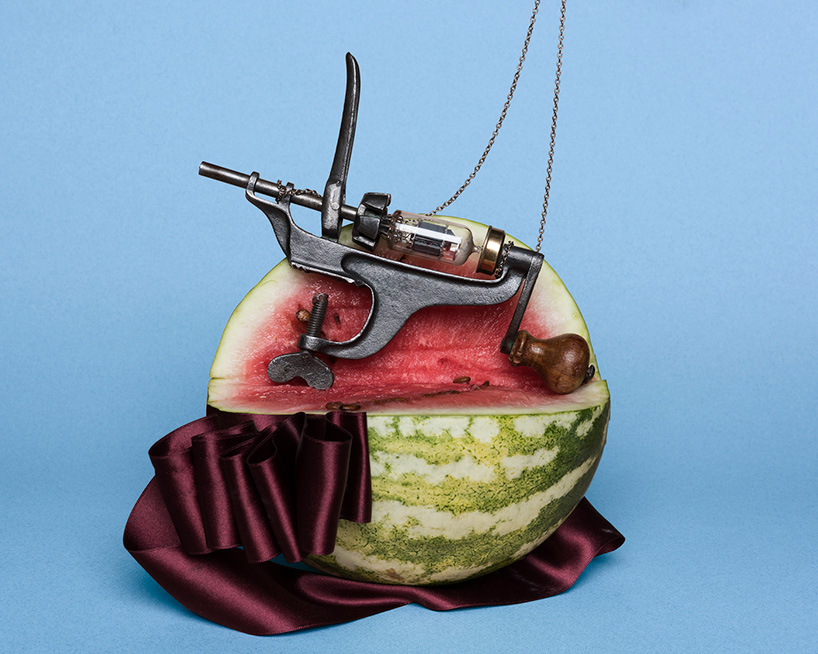 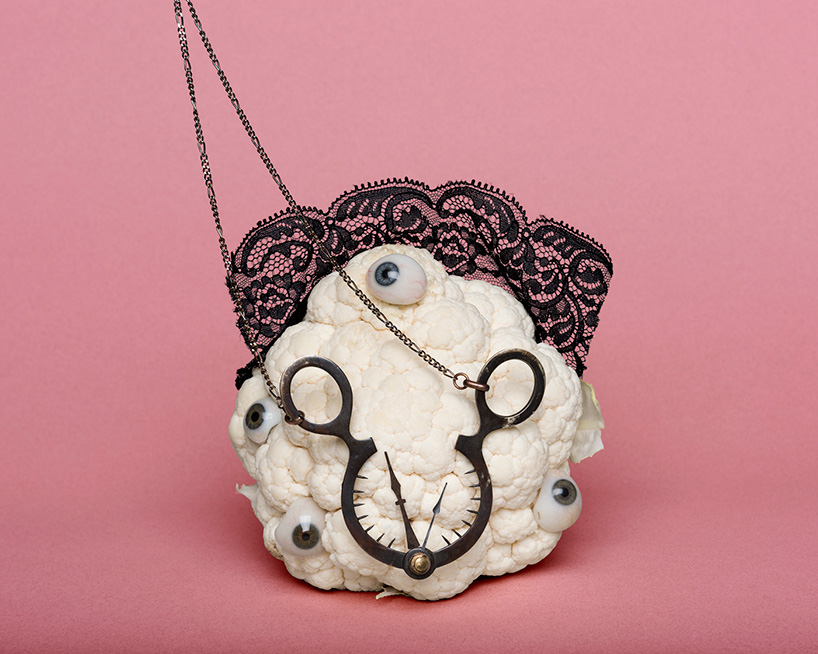 the artist subtly intervenes in the spirit of the item, giving it a new lease of life 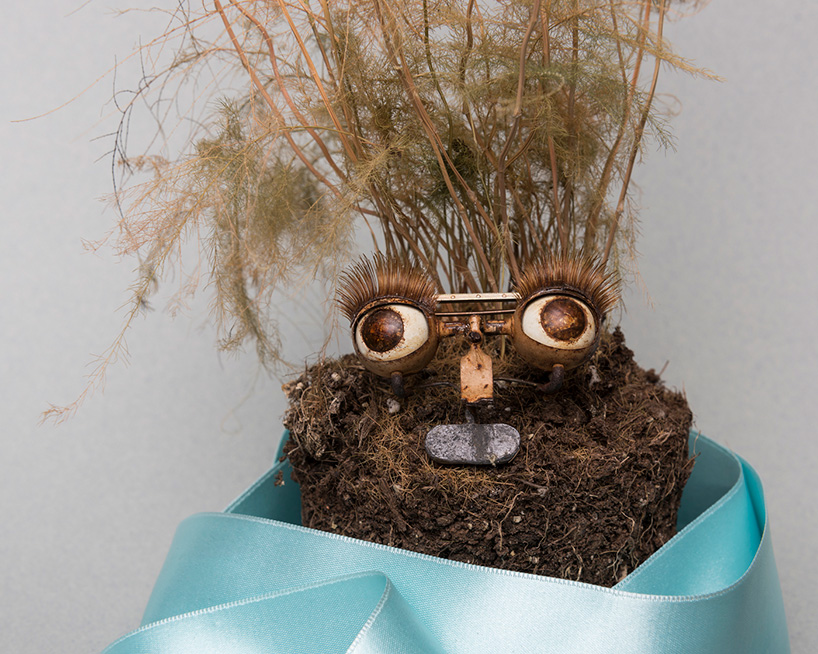 in these new arrangements, forgotten tools find a new use in often hilariously eerie vignettes 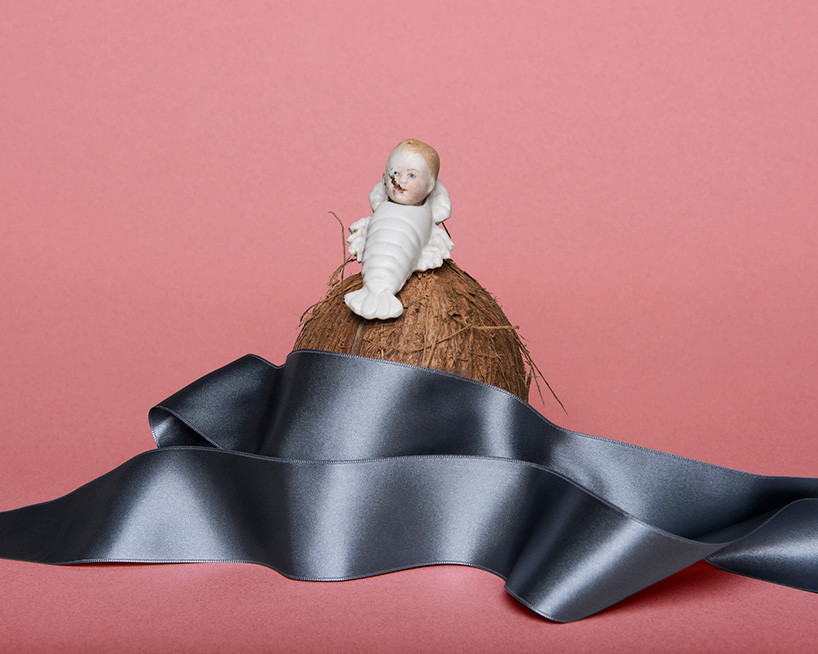 the series juxtaposes the organic, the mechanical and the downright creepy 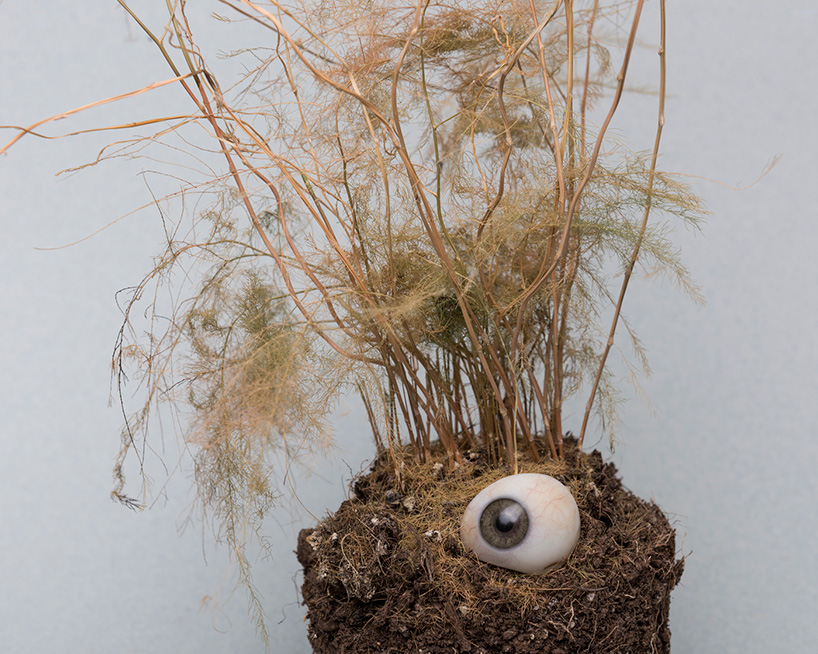 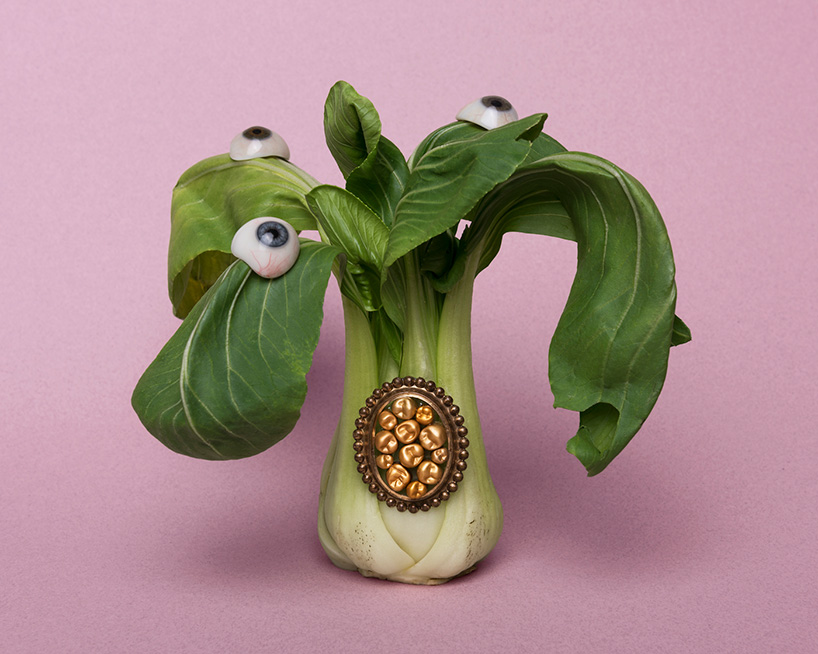 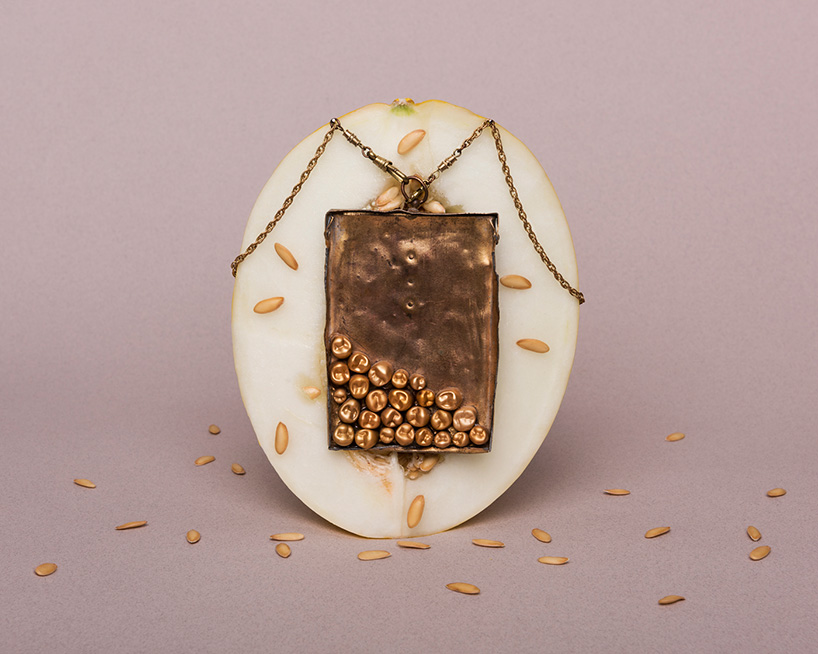 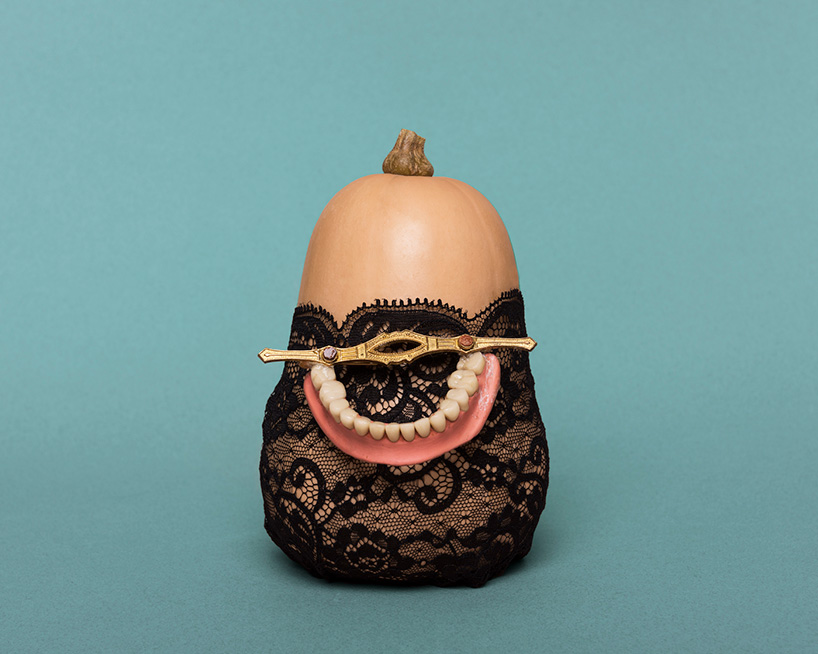 ‘like characters in a masquerade, in a courtly procession’ 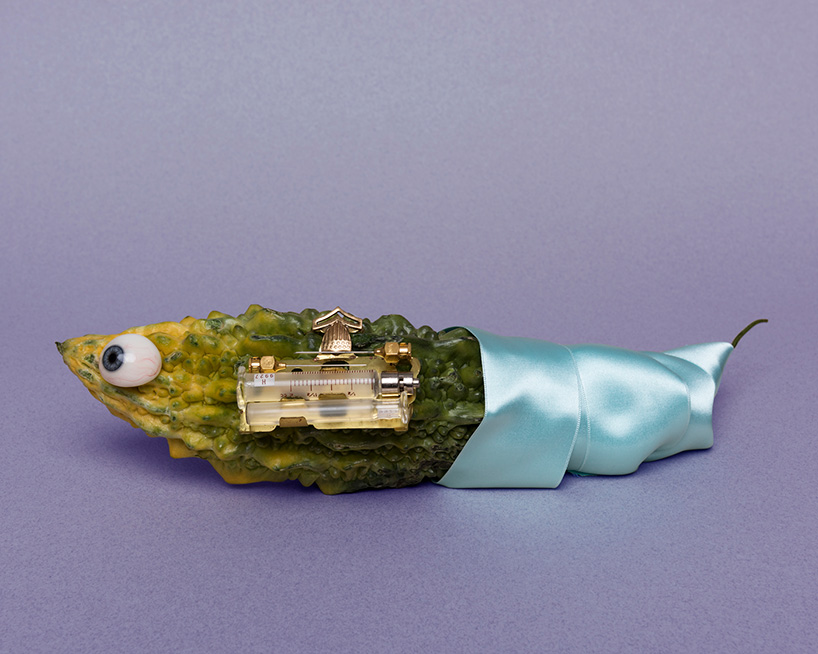 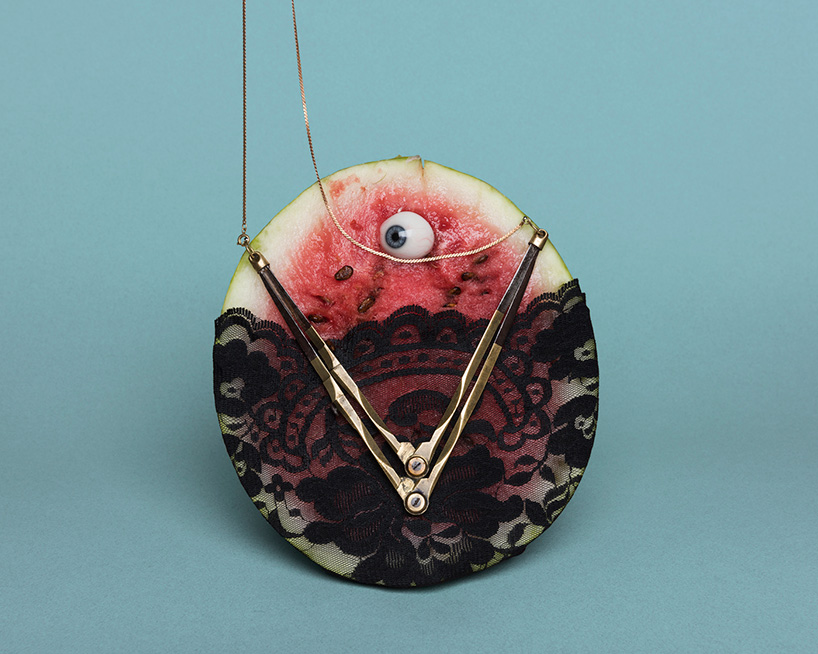 textures clash and combine to create a new vocabulary: watermelon and lace, tooth and metal 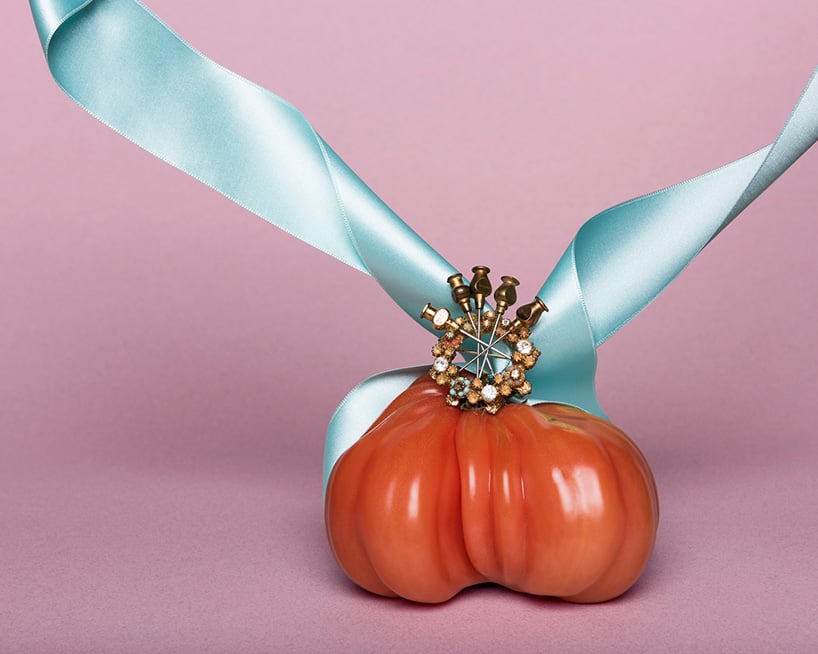 the works are given personality in a bizarre glamour shoot 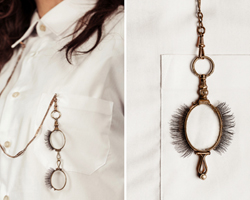 Mar 01, 2013
made to dislike accessories by remedios vincent

May 10, 2021
virgin mary. supermarkets. popcorn: miles aldridge on his cinematic and chromatic tableaus
designboom spoke with the british artist and photographer about his cinematic heroes, the magic of film photography, and slowing down the image making process.
art
176 shares
connections: +280