the work of surinamese artist remy jungerman ranges from collages to sculpture to installations, but always centered around questioning what it means to be a global citizen in today’s social and technological landscapes. using found materials and objects as physical representations of the broader themes they embody, jungerman then places them into a context that challenges the viewer’s established notions of these common items. resulting in cultural critiques of the local and global, internal and external. 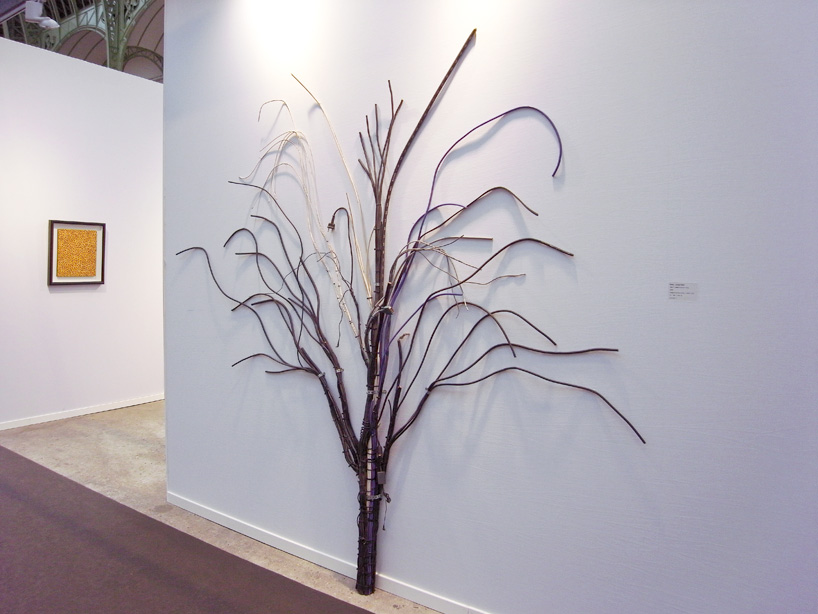 at the modern and contemporary art fair, the 2011 art paris at the grand palais des champs-elysées, jungerman presented his installation piece entitled ‘small comm tree 2008 and made in an edition of 6’ which hung from a booth wall presented by andré simoens gallery. constructed from clipped communications cables and zip ties, the piece is a fledgling tree growing in possibly too many directions. 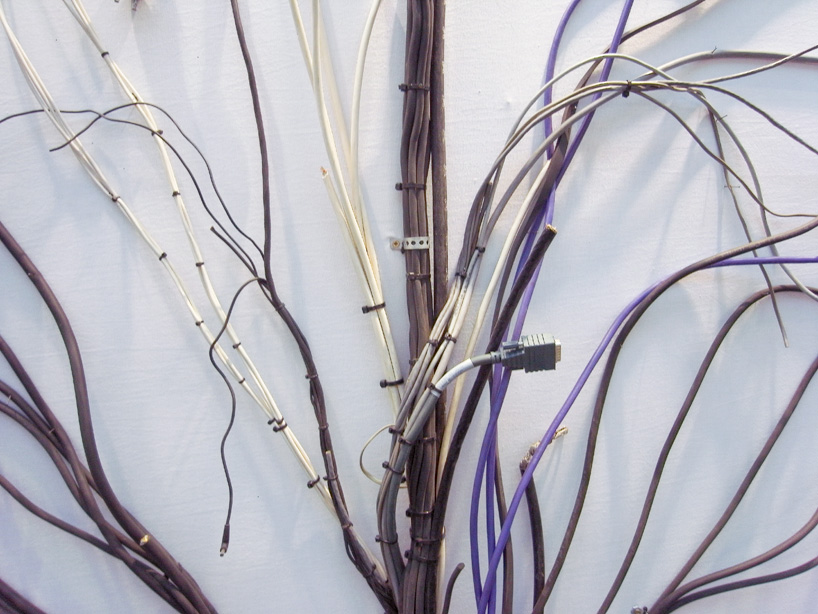 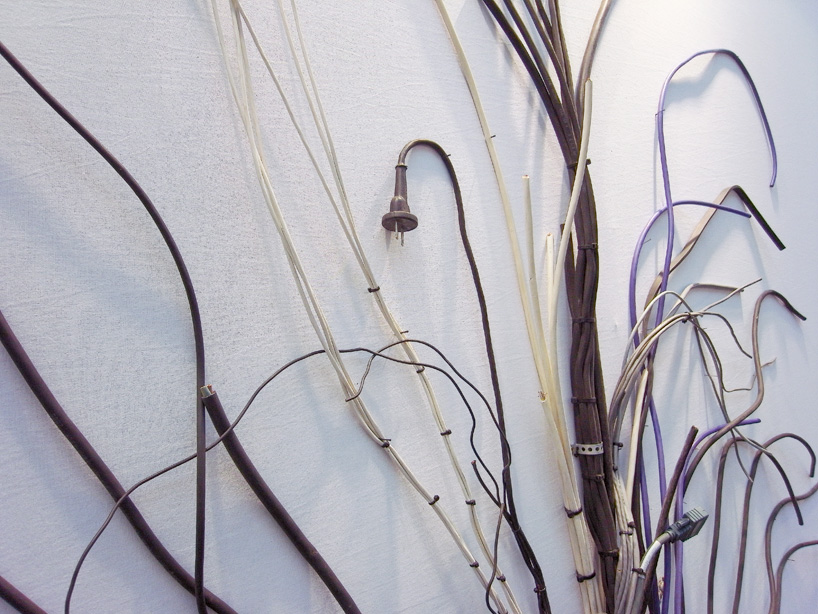 jungerman’s ‘nobody is protected 2009’ mocks the podium and microphone setup of a press conference and questions the current state of communications in the world and whether people will even listen if one asks for help. constructed from plywood, cardboard, paint, and unconnected cables. ‘nobody is protected 2009’ was also re-produced in an edition of eight in a slightly different construction. there are two editions of the work on display in droog new york, while the original version of ‘nobody is protected 2000’ was purchased by the rennie collection in vancouver, canada 2007. 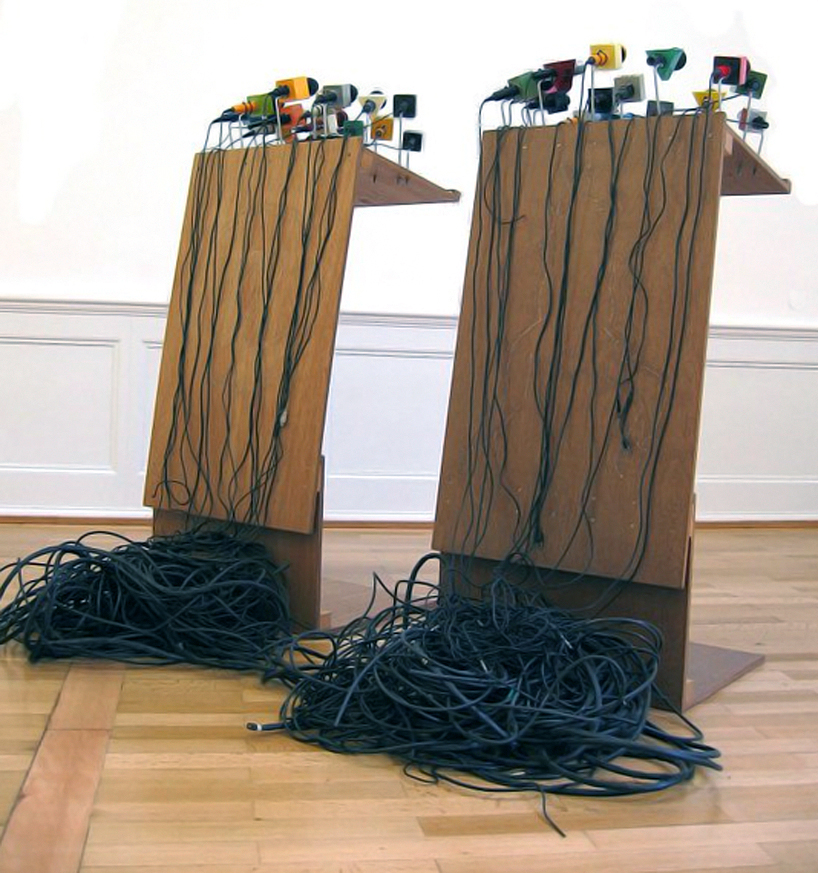 original version of ‘nobody is protected’ 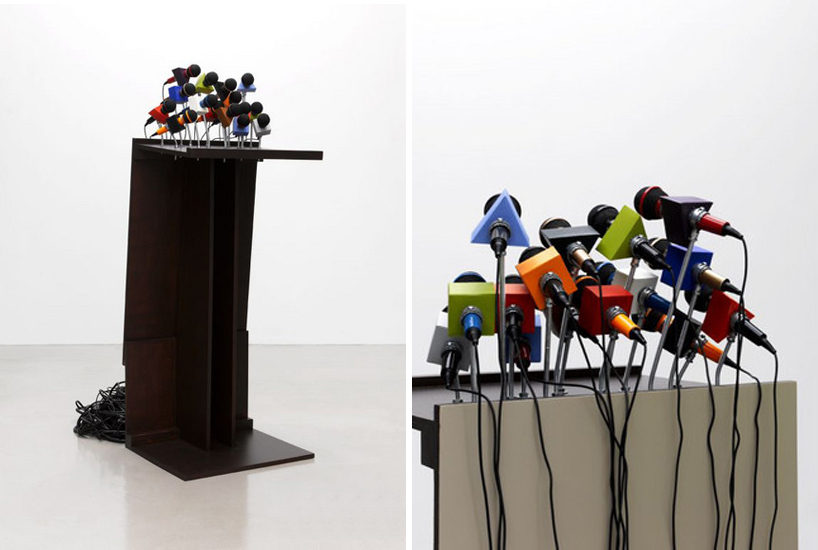 droog produced version of ‘nobody is protected’ images courtesy of droog

remy jungerman (b. 1959) in suriname lives and works in amsterdam. 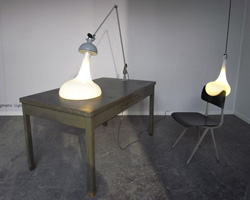