french photographer renaud marion has captured surrealistic scenes of iconic, classic cars hovering just above the ground, seemingly materializing in an imagined retro-futuristic cityscape. situated in front of contemporary architectural sites, garages, and residential structures, the sleek cruisers float on the street, likening themselves to the aerocar that the animated TV family ‘the jetsons’ used for their work commute. the ‘air drive’ series includes a hot-red jaguar e-type, shining silver mercedes-benz 300SL gullwing coupé, and mint green mercedes-benz 190SL that drift in place. the recognizable automobiles represent a time when cars were regarded as highly stylized symbols of society, with vibrantly-colored hues and crafted exterior details. the latest images are the second installment in marion‘s ‘air drive’ series, which was previously covered by designboom here. 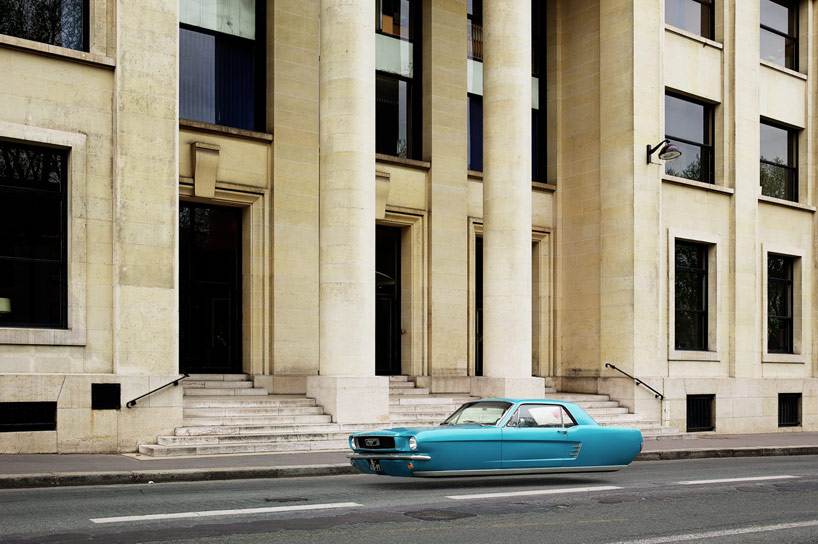 a neon blue mustang hovering above the surface of the street 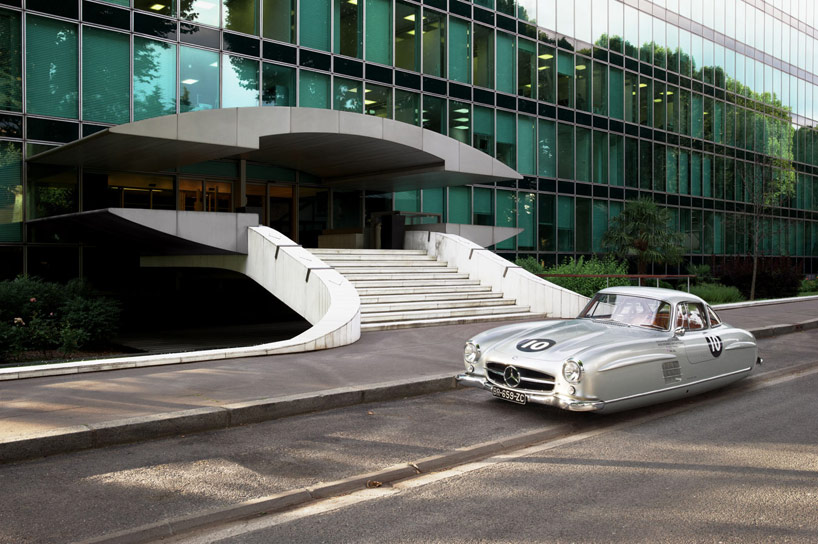 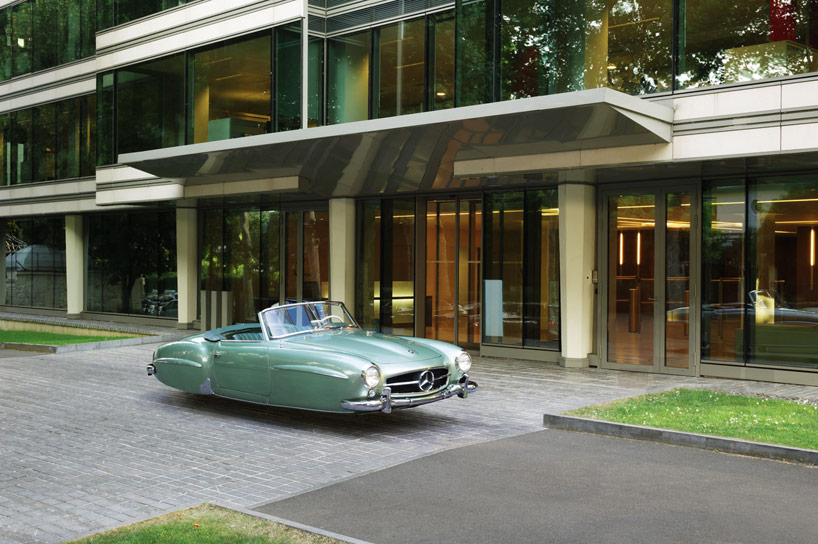 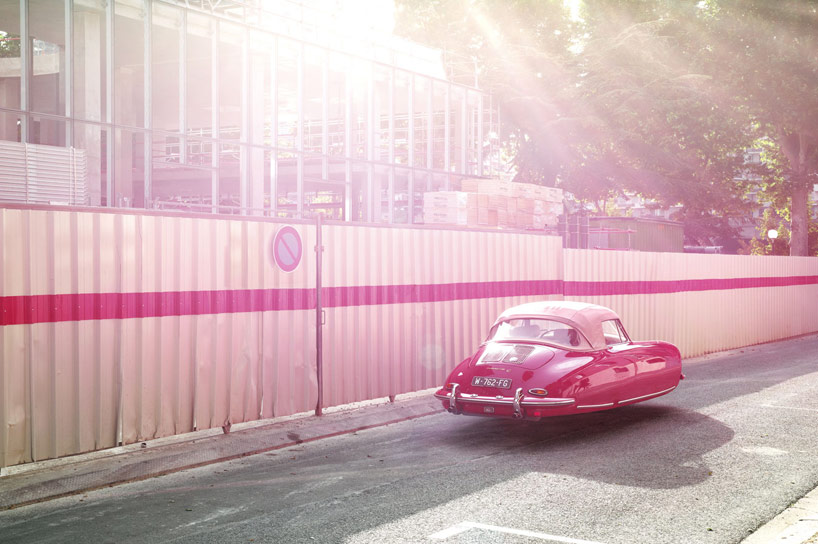 a red porsche 356 rests above the ground 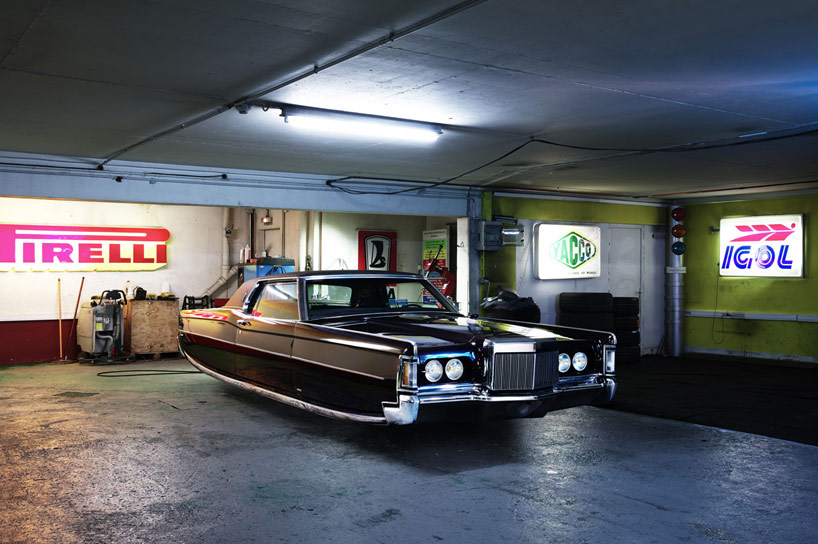 the floating car parked in a garage 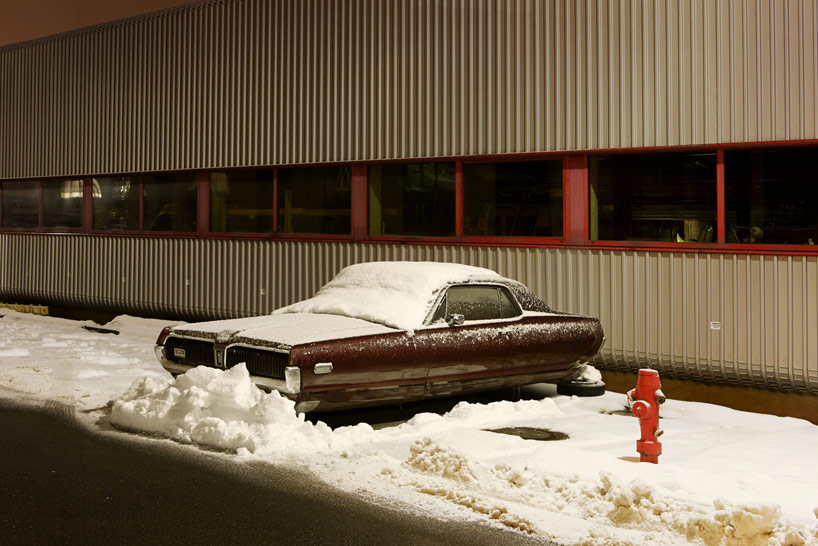 hovering above the surface of the snow 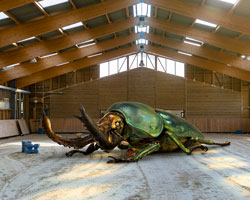 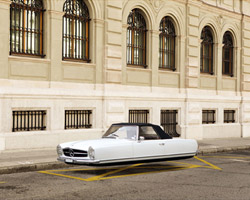