barcelona-based reskate studio has been lighting up urban landscapes across europe with glow-in-the-dark street artworks. the series ‘harreman’ — a basque word that means relationship — draws on the etymology of language by allowing multiple interpretations of the same work through the use of photoluminescent paint. ‘through the use of lights, and with an occasional nod to irony, the observer becomes an active participant; interacting with the work and creating its response to those actions,’ the team describe. 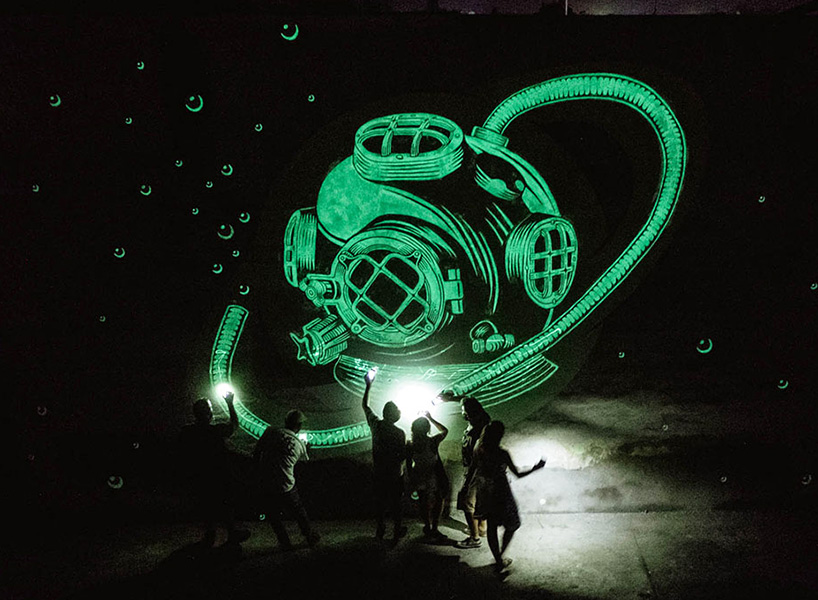 reskate studio’s wall installations and painted interventions in public space ask viewers to consider multiple visual interpretations. each harboring a specific social or cultural message, the artworks light up by night to reveal a different point of view. for example, a large-scale wall installation bears the image of a loaf of bread by day, and by night reveals a bread knife hidden inside. the intervention invites viewers to think about finding effective solutions to fight hunger across the world. 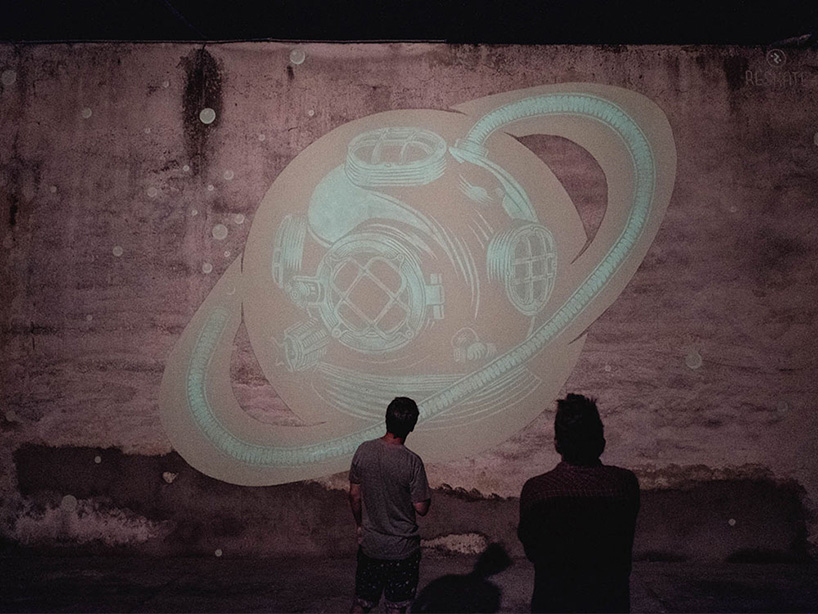 the piece turns from a planet by day, into an underwater helmet by night 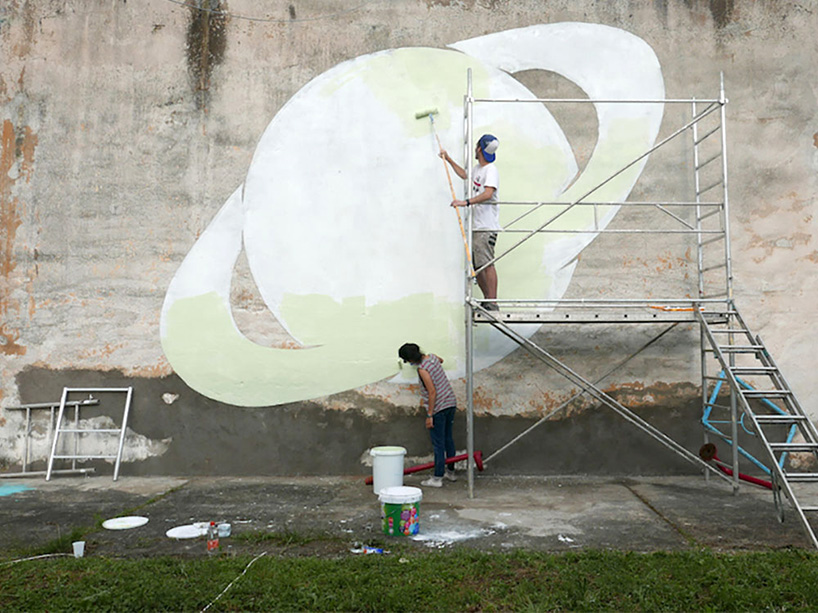 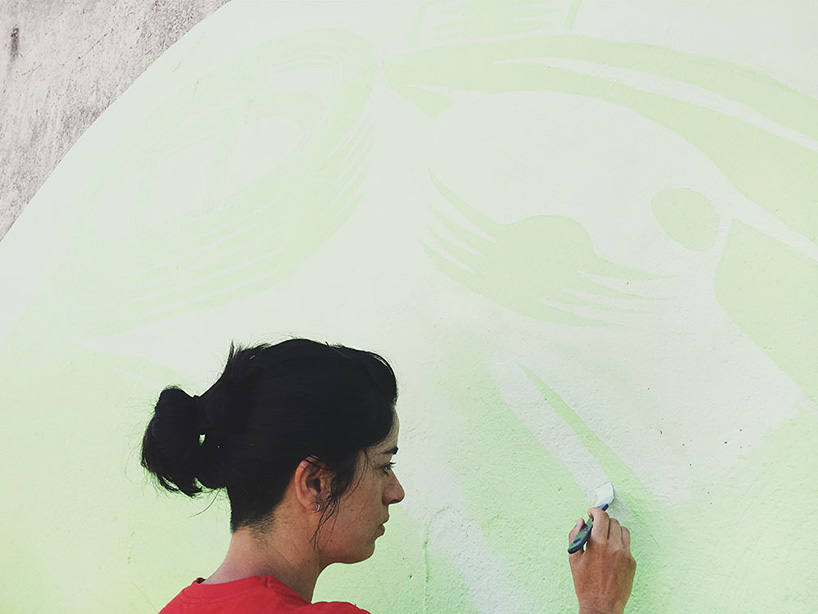 photoluminescent paint is applied to the wall, lighting up by night

‘amaze’ plays with the spanish verb ‘asombrar’ (to amaze), which comes from the word ‘sombra’ (shadow)
photo by apu dick 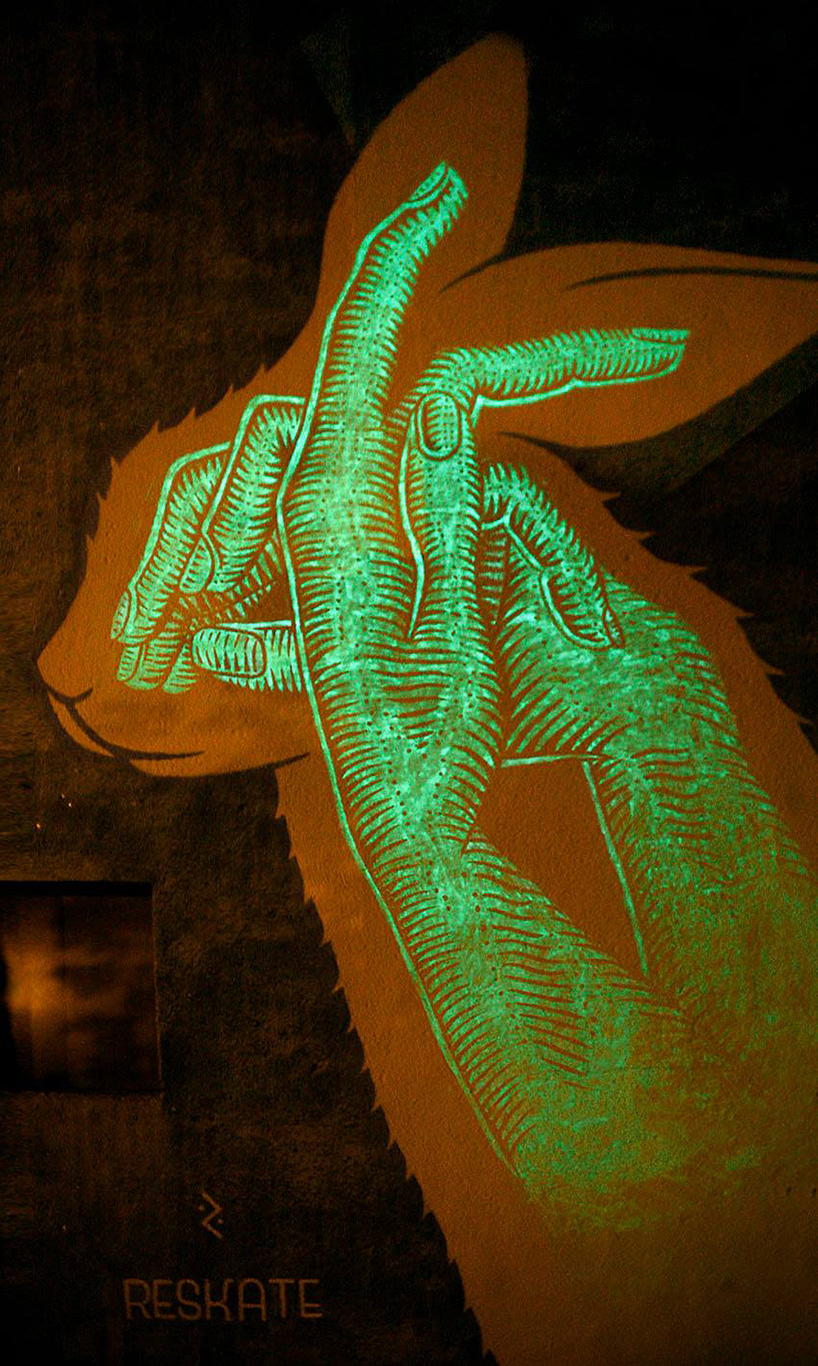 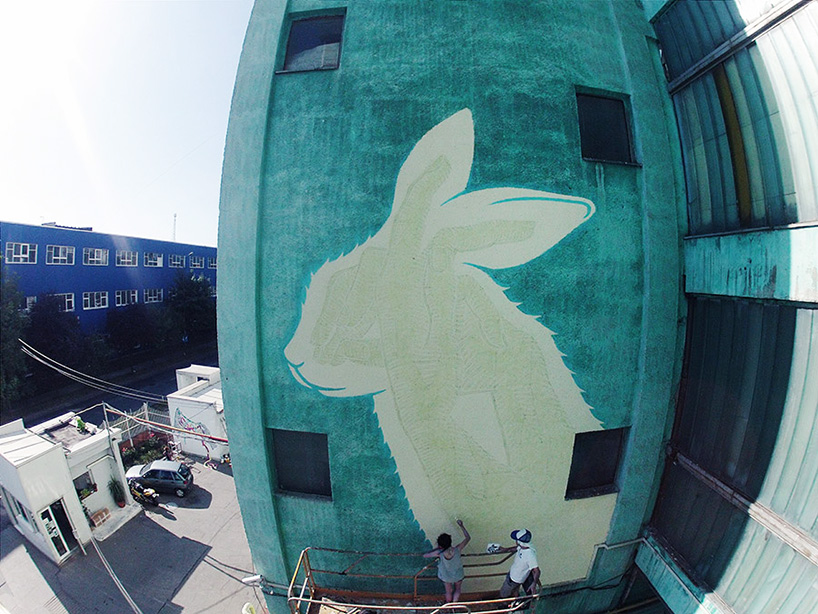 the intervention has been realized at fisart, timisoara (romania) with montana photoluminescent spray paint
photo by apu dick 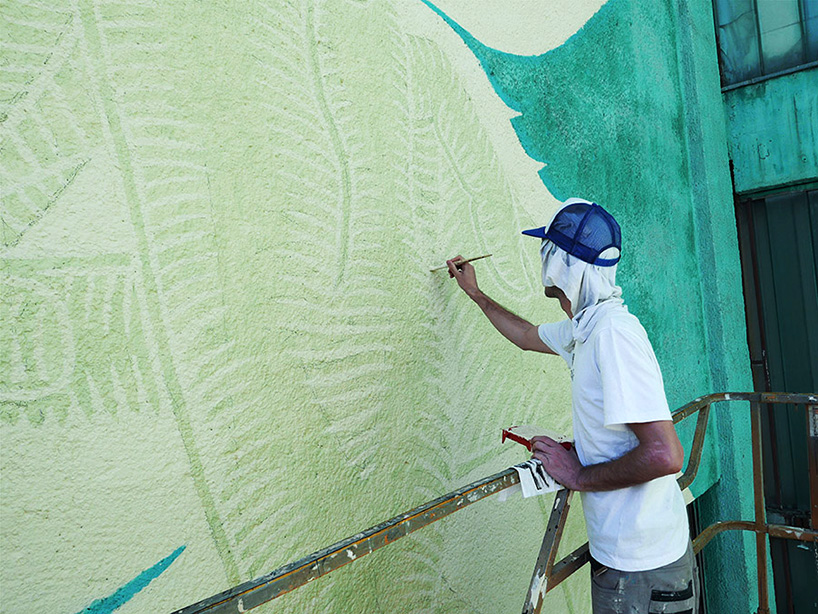 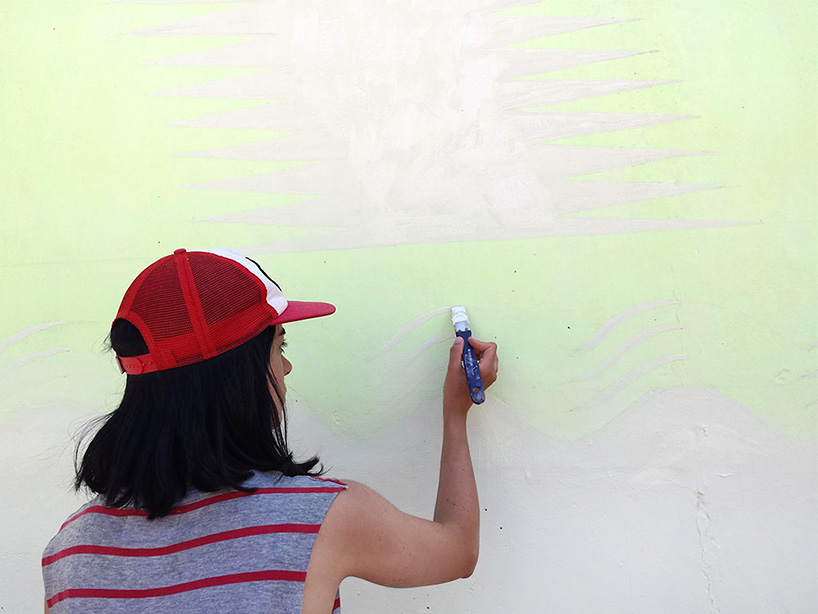