throughout his work, artist jonathan schipper exposes the otherwise unseen passing of time through his imaginative and animated installations. this thematic motif is ever-present in his latest exhibition ‘cubicle’, which is on view at houston’s rice gallery from now thorough december 4, 2016. schipper has created a cubicle-filled office space, occupied by seemingly ordinary desks, computers and file folders. however, these corporate objects are slowly sucked into a very small hole on one of the gallery’s walls. over the two-month exhibition, the installation will gradually deconstruct as it funnels into the tiny aperture before it finally reaches eventual collapse. 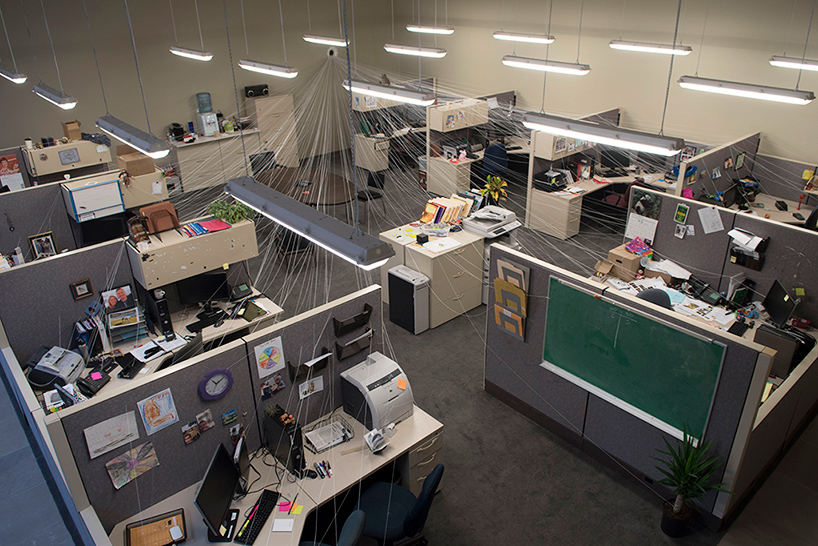 the installation at rice gallery comprises a series of workplace cubicles that line the perimeter of the space, each populated with dell computers, manila file folders, rolodexes and family photos. overhead, a grid of fluorescent lights dimly illuminates the scene. it becomes clear that something is out-of-the-ordinary as visitors notice a dense network of cables attached to the desks and nearly every item in the office. these tethers connect to a mechanical winch — commonly used in tow trucks and elevators — hidden behind a wall in the gallery’s back corner. schipper has customized the mechanism to run at an unusually sluggish rate as it pulls the objects and furniture at an extremely slow speed toward the small hole in the wall. 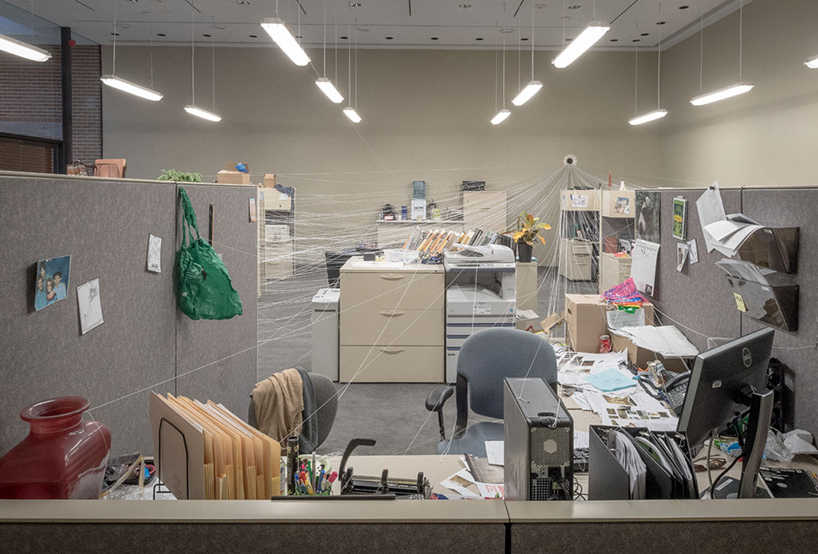 for ‘cubicle’, schipper has programed the mechanism to pull 45 tons, with a timer running continuously during gallery hours. the cables move approximately one millimeter per hour — a subtle intervention — but visitors can view an updated time-lapse video documenting the installation’s slow destruction in the rice gallery video space, adjacent to the gallery.

‘the most static object is still in motion at a molecular level and the world is always changing,’ schipper says. ‘even if the object was this perfect thing that stayed the same, we as a society change how we view it. my installations are about destruction and creation, and they generally have no static point. it is the process of changing them that is the point.’ 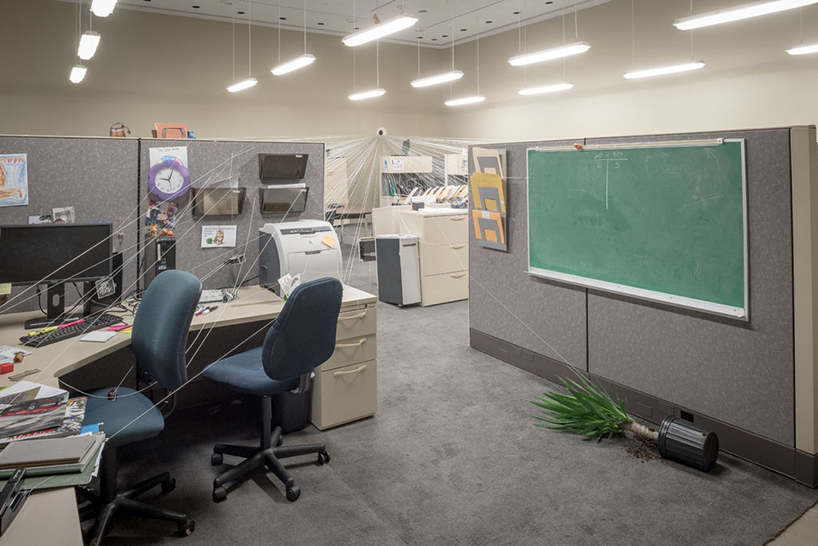 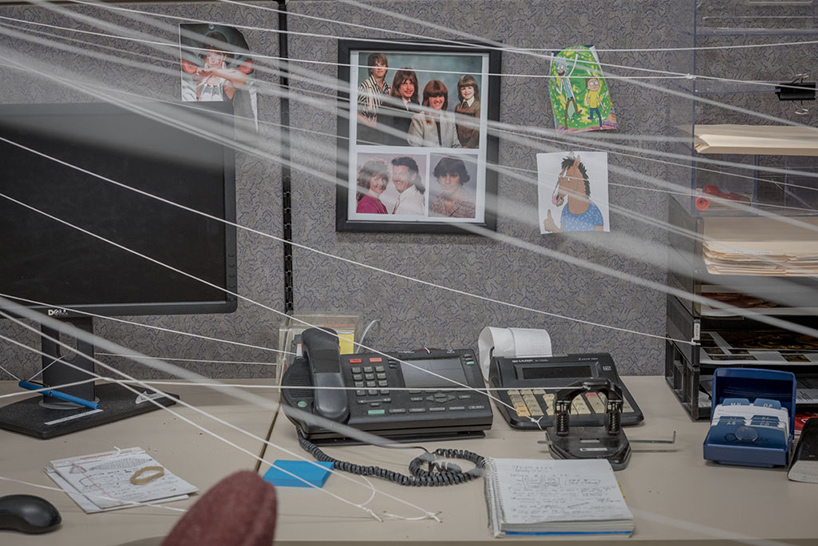 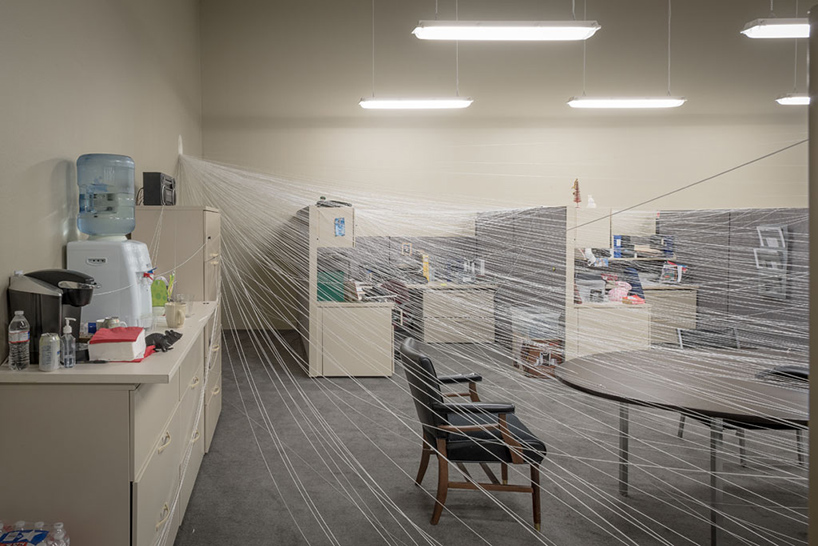 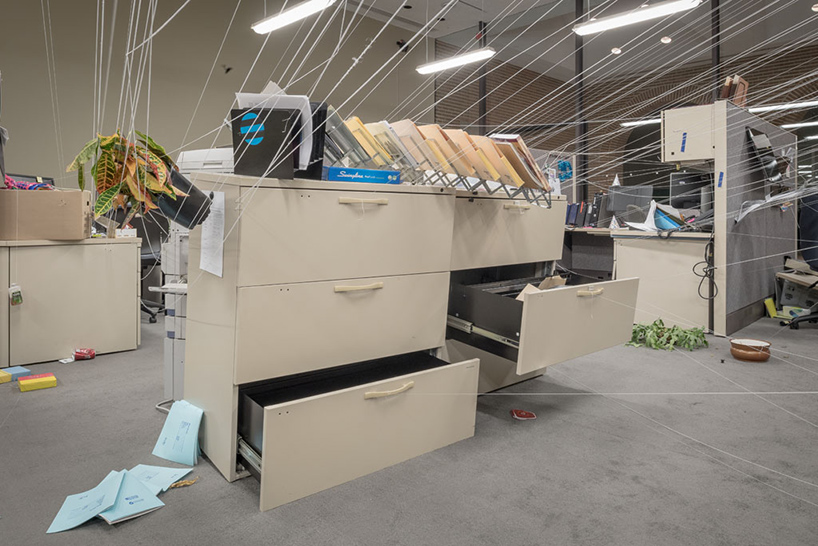 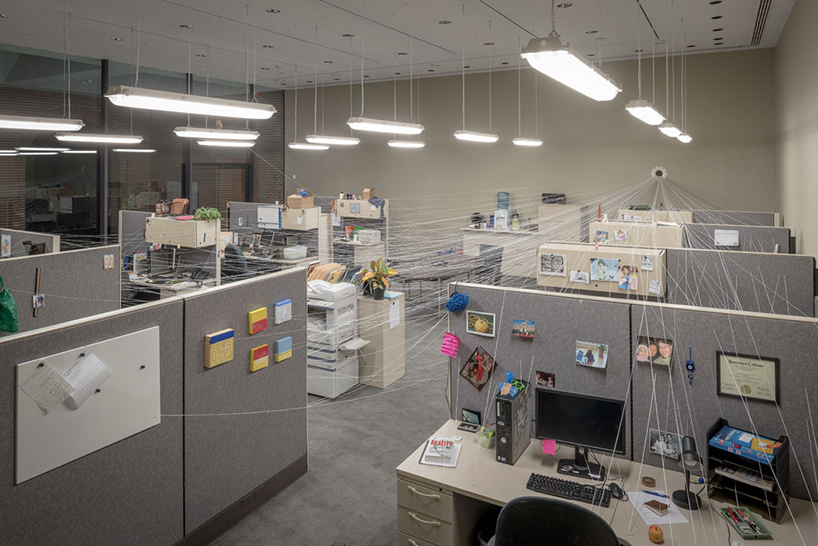 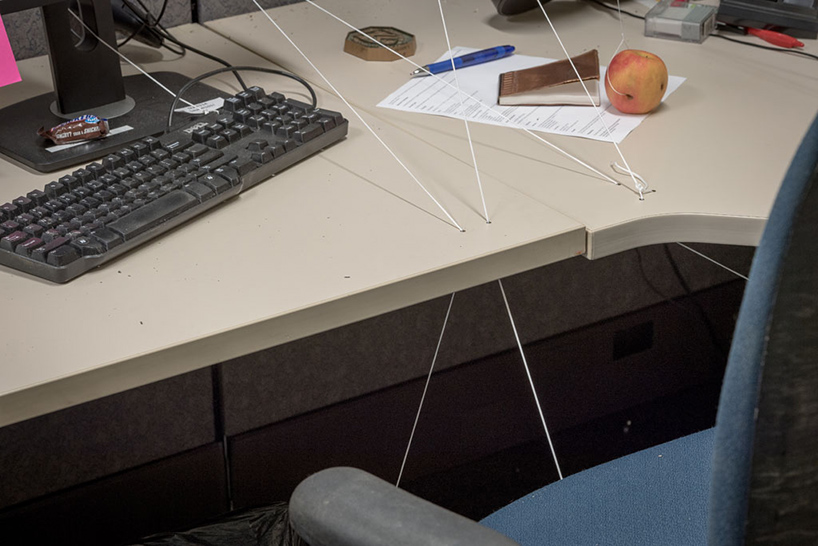 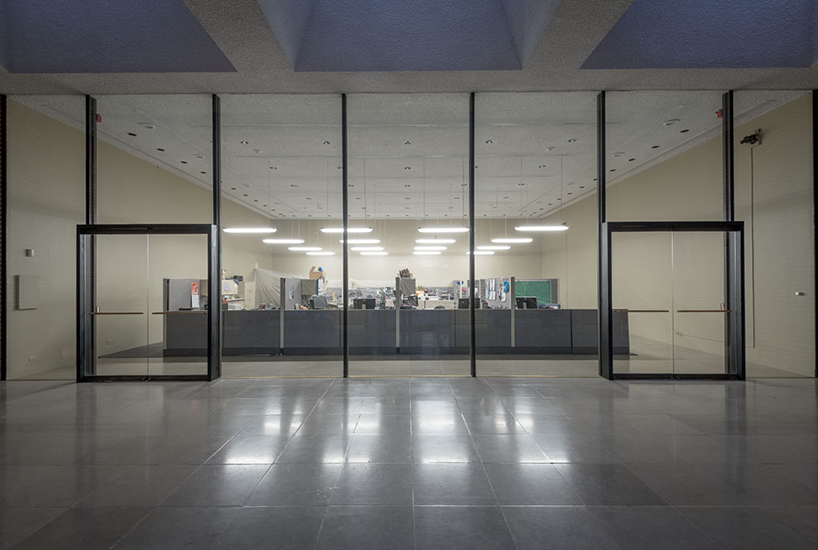 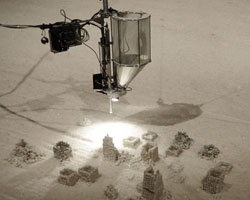 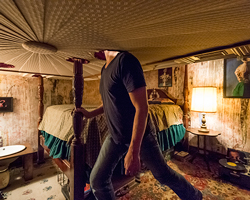 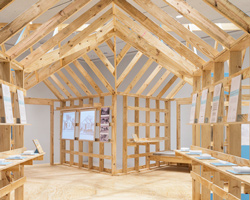 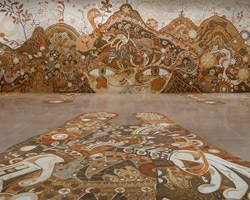 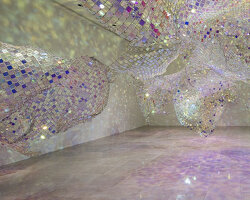 May 08, 2012
yasuaki onishi: reverse of volume RG at rice gallery