the work of the godfather of intellectual pop art (pop-fine-art) richard hamilton, is being presented in a solo show at the serpentine gallery in london. the exhibition ‘richard hamilton: modern moral matters’ starts off the 40th anniversary year for the gallery and is the first presentation of hamilton’s work in london since 1992. it will include several new works created specifically for this show.

working since the 1950s, hamilton has embraced many different media over this period including painting, printmaking, installation, typography and industrial design. this exhibition reassesses the nature of the british artist’s pioneering contribution, focusing on hamilton’s political or ‘protest’ works. 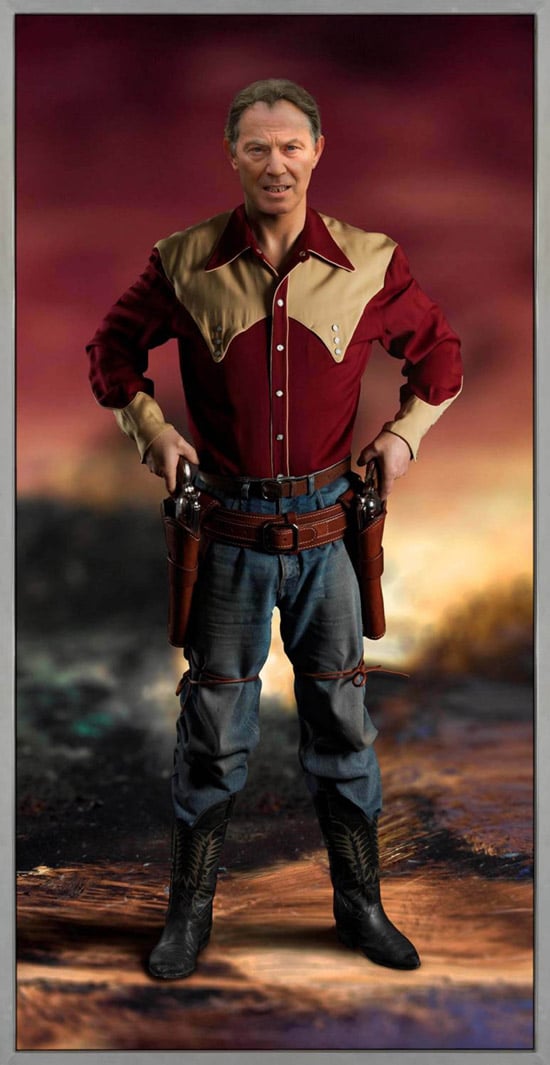 the installations, prints and paintings on show deal with a subject matter which covers international politics, riots, terrorist acts and war (including the conflict in northern ireland and the iraq wars), examining how these conflicts are represented by media, such as television and the internet. through the fragmentation of images, manipulation of space and reference to different styles and genres, hamilton’s work interrogates the representations that surround us, yet his analysis of the image is counterbalanced by an underlying, allegoric lyricism, through which he reinvigorates the genres of portraiture and history painting.

this survey of hamilton’s political works explore the artist’s working processes and the varied ways in which he uses photographic material. it investigates his continued interest of creating multiples of a single iconic image as both a mirror and a critique of the visual overload created by the media. 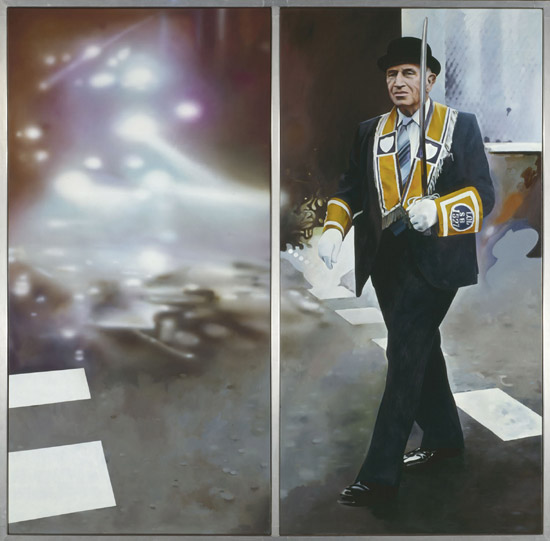 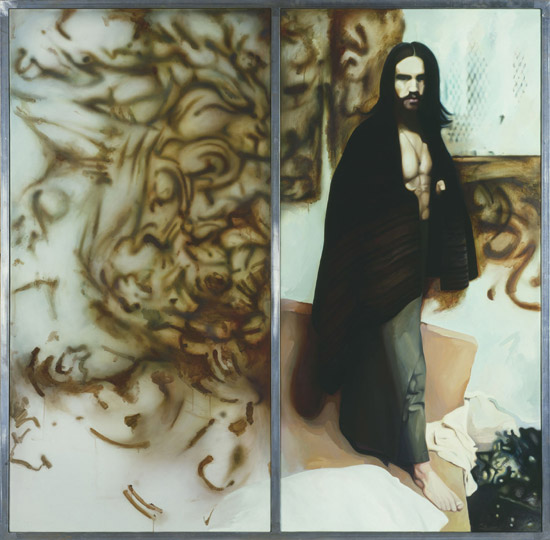 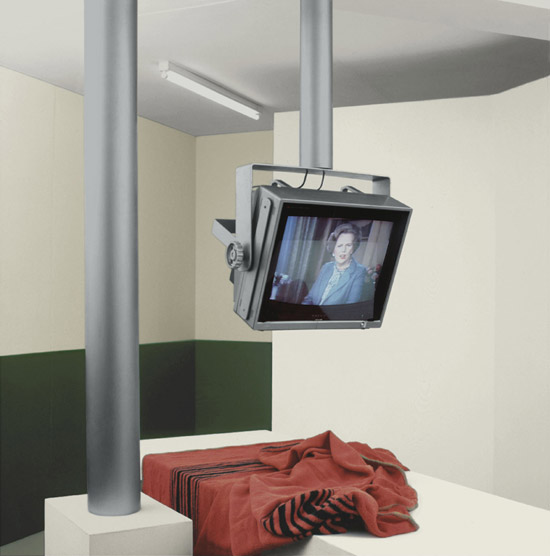 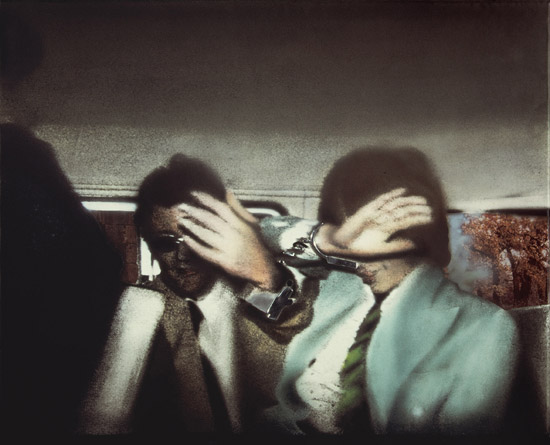 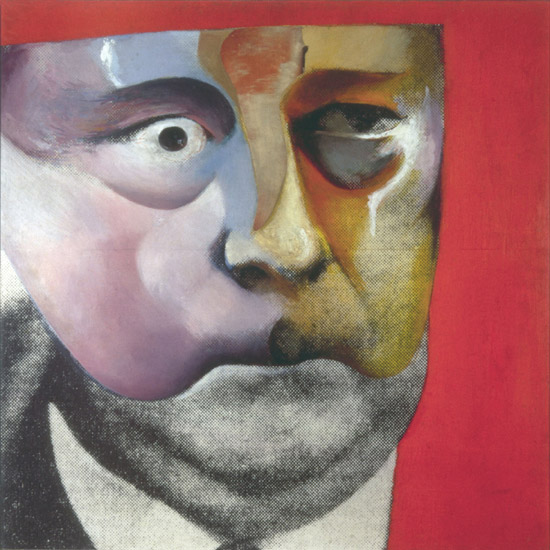 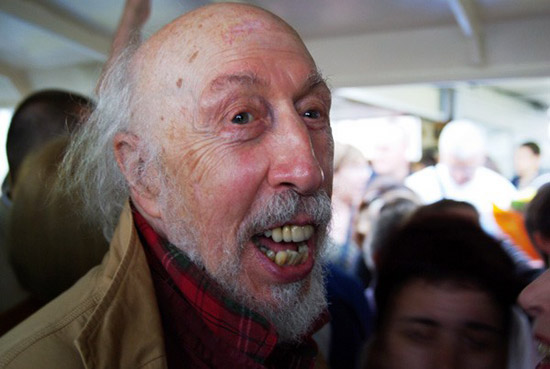 richard hamilton was born in 1922. he studied at the royal academy schools from 1938 until it closed for the war in 1940. too young for conscription, he was sent by the ministry of labour to be trained for nine months to become a draughtsman. he then worked in an armaments factory until he was able to return to the royal academy schools when it reopened in 1946. he later studied at the slade school of art. his first solo show was held in 1950 and from there on, he became one of the most significant artists working in the UK. he was a key member and exponent of the independent group, formed in the 1950s by a group of artists and writers at the institute of contemporary arts.

hamilton taught at the london central school of arts and crafts and the university of newcastle upon tyne, but gave up teaching full-time in 1966. always engaging with a wide range of technological processes within his art, hamilton began creating computer generated works in the 1980s. he has had a long career as a printmaker and in 1983 won the world print council award. retrospective exhibitions of hamilton’s work have been held in the UK at the hanover gallery (1964), the tate gallery (1970 and 1992) and he represented britain at the venice art biennale in 1993.