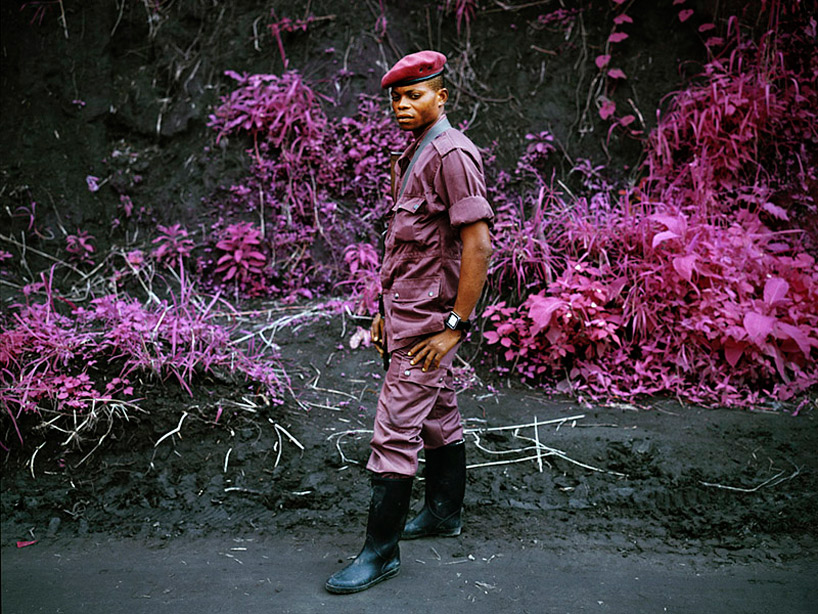 ireland-born and new york-based photographer richard mosse has created ‘infra’, an exceedingly popular photographic series investigating conflict occurring in the democratic republic of congo. an installation of mosse’s photographs showed at the open eye gallery in 2012.

the collection of images were captured with kodak aerochrome infrared color film, an outdated technology once used for military surveillance. aerochrome film is intended to clearly denote the potential destination points for aerial bombs, as it is able to detect a spectrum of light to which the human eye alone is not able capable of discerning. the result is mosse’s surrealistic photographic depiction of the ongoing conflict in the democratic republic of congo. each image is captured in shades of bright pink, crimson and lavender. ‘infra’ highlights the complexity of the region’s violence through an obscured vision of an ongoing war; the documentation of the convoluted nature of the region’s systematic violence is enhanced by the use of infrared technology and the distorted result.

‘the images initiate a dialogue with photography that begins as a meditation on a broken documentary genre, but ends as an elegy for a land touched by tragedy.’ -open eye gallery 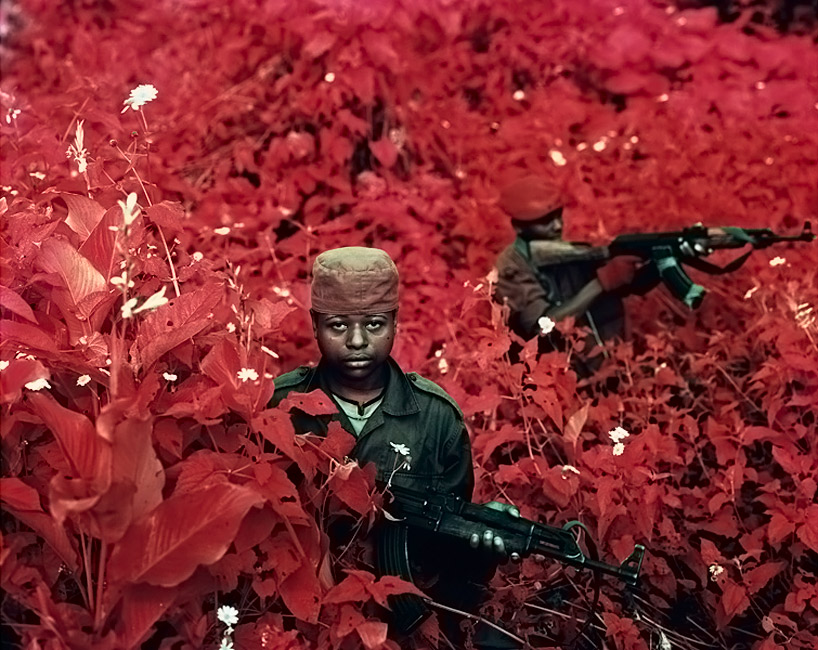 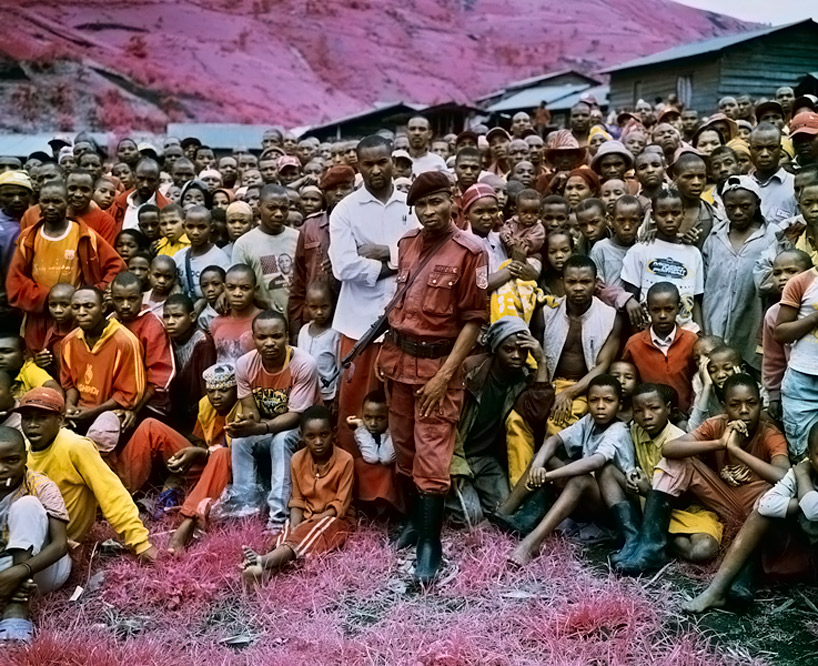 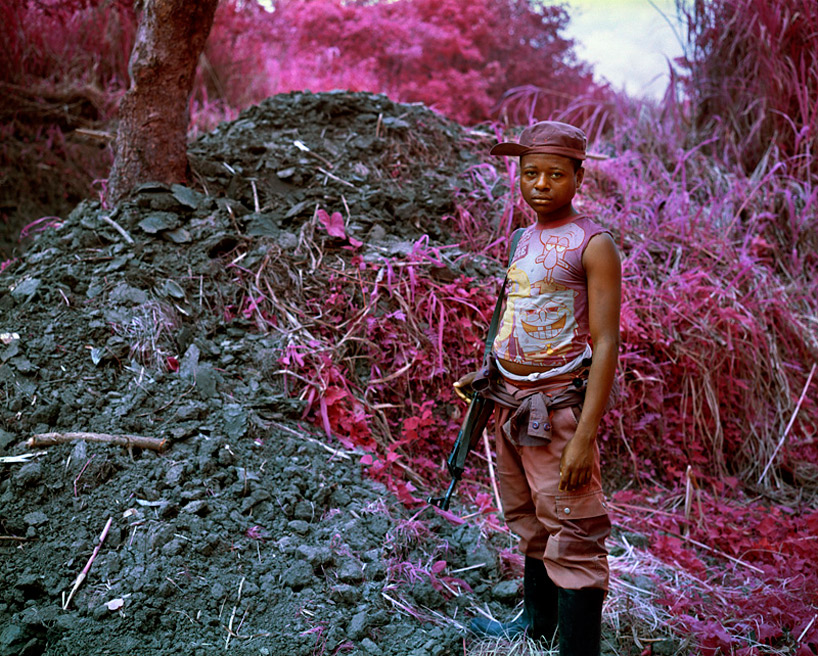 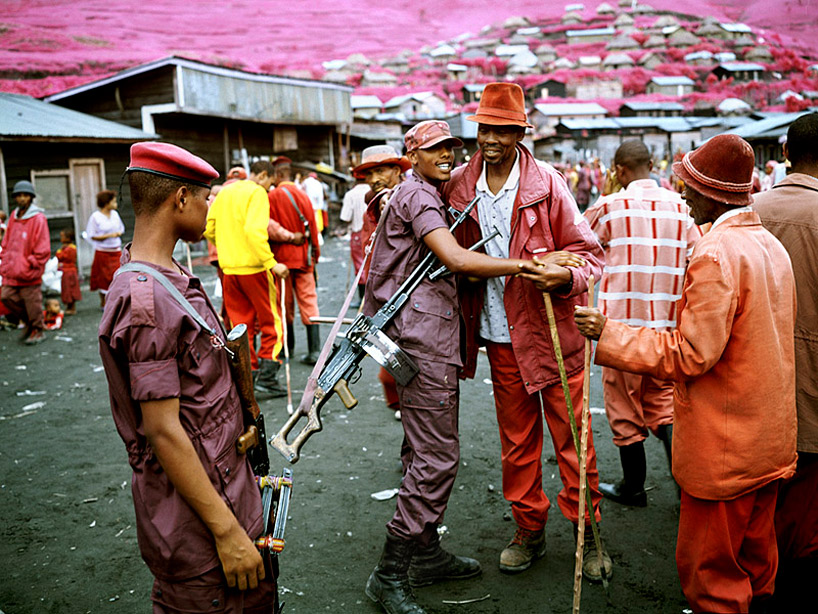 ‘we hate it when our friends become successful’, north kivu, eastern congo, 2010 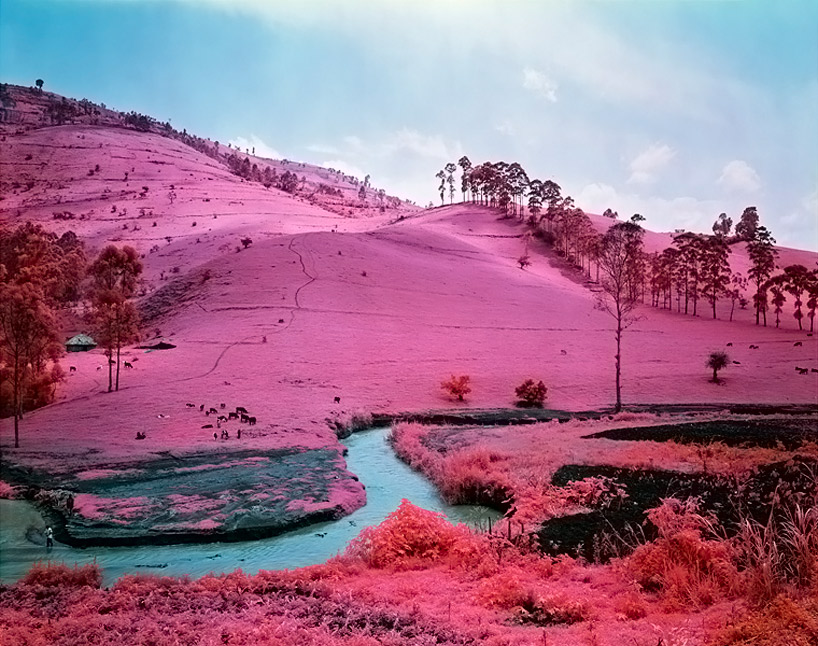 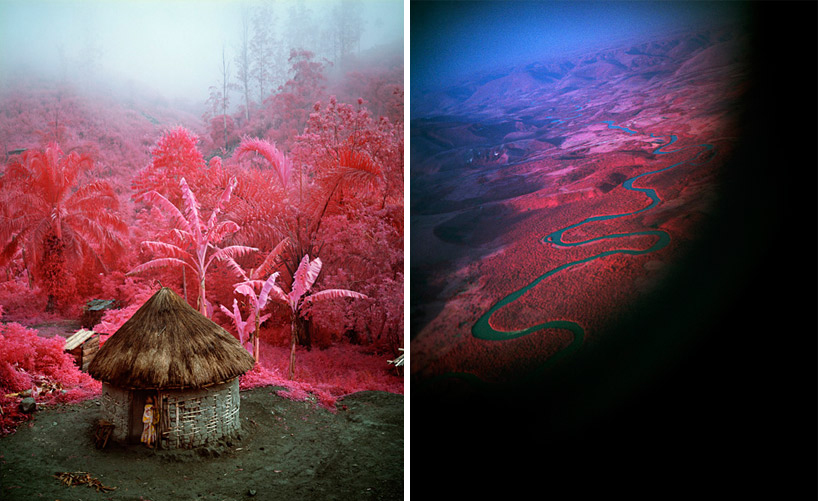 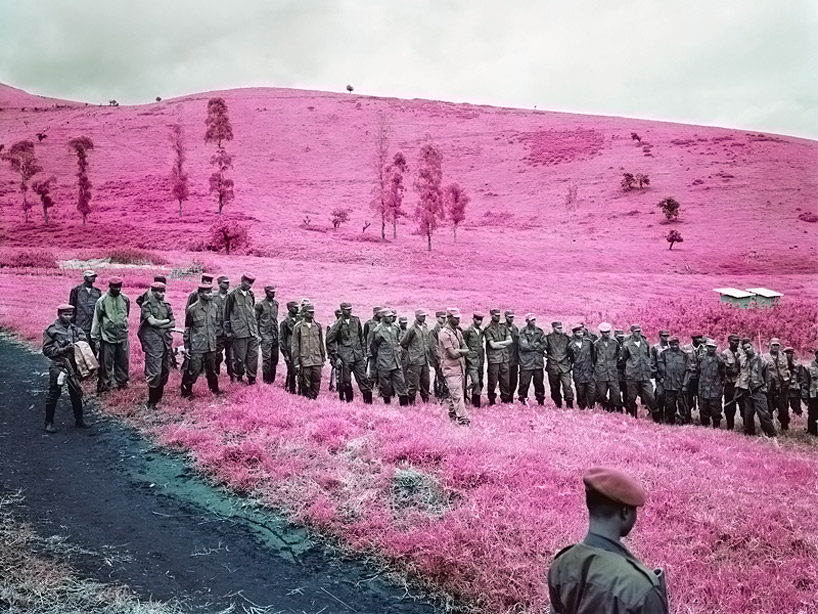 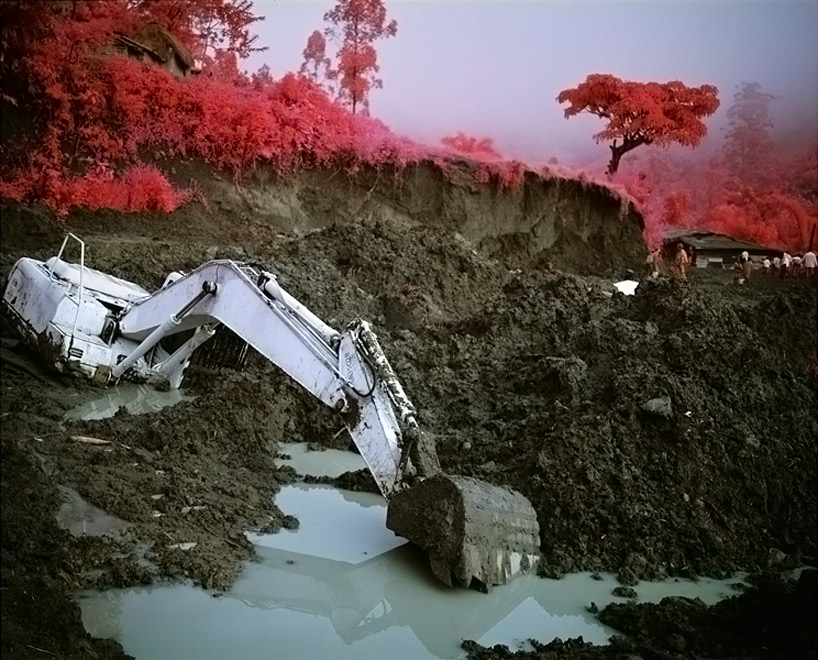 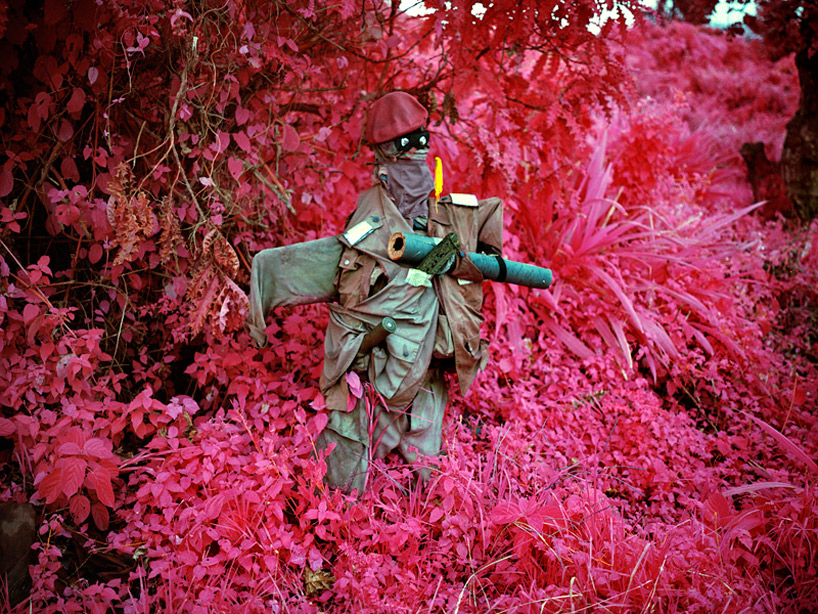 ‘even better than the real thing’, north kivu, eastern congo, 2011 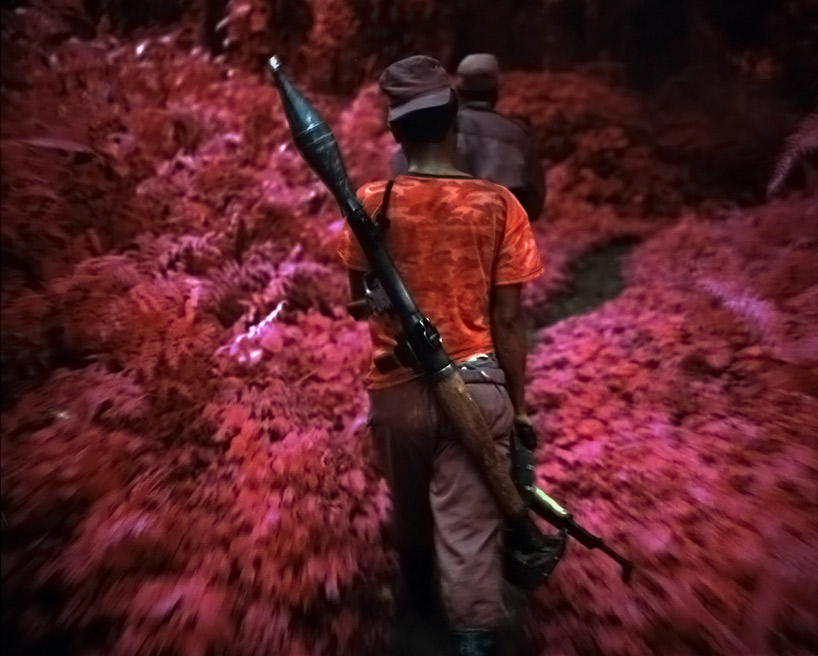 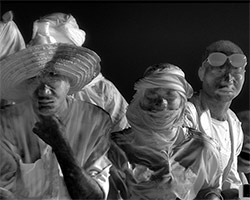 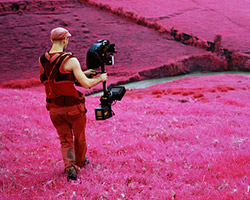 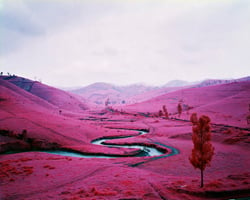