from now until april 8, 2015 — as part of the 2015 edition of art basel in hong kong — visitors and passersby the peninsula hotel in kowloon can see a full-sized replica of a vintage twin-axel harrington legionnaire coach teetering on the edge of seventh-floor sun terrace. british sculptor richard wilson has installed his kinetic work in dialogue with the architecture of the site, while playfully referring to the 1969 british heist movie ‘the italian job’ in its name, ‘hang on a minute lads… I’ve got a great idea’. the precariously placed, rocking bus overlooks the hotel’s grand entrance, adopting hydraulic equipment to mobilize the coach by up to twelve degrees at random intervals, giving the impression that it could plunge to the ground at any moment.

‘the ultimate goal is to make something of structural daring, a spectacle teetering on the edge of being and not being, and between stability and collapse’ wilson describes. ‘it speaks of the limits one wanted to go as an artist, how daring one is willing to be in terms of sculptural ideas.’ 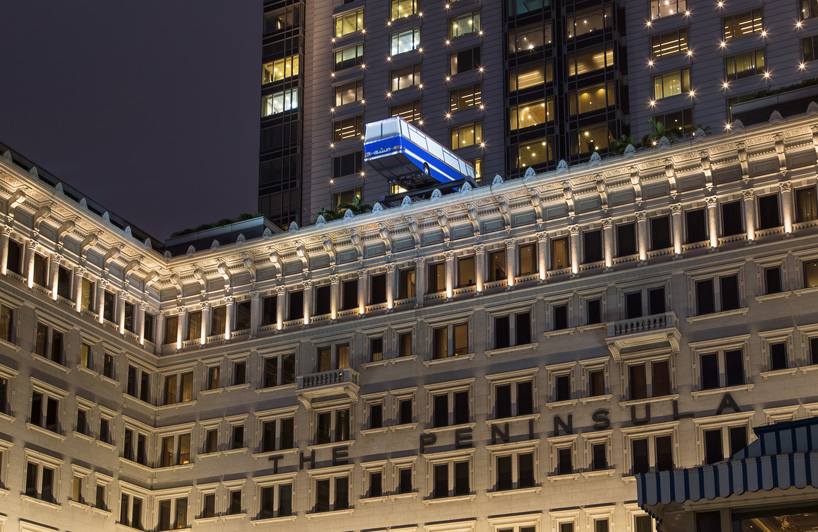 the precariously placed bus randomly teeters back and forth 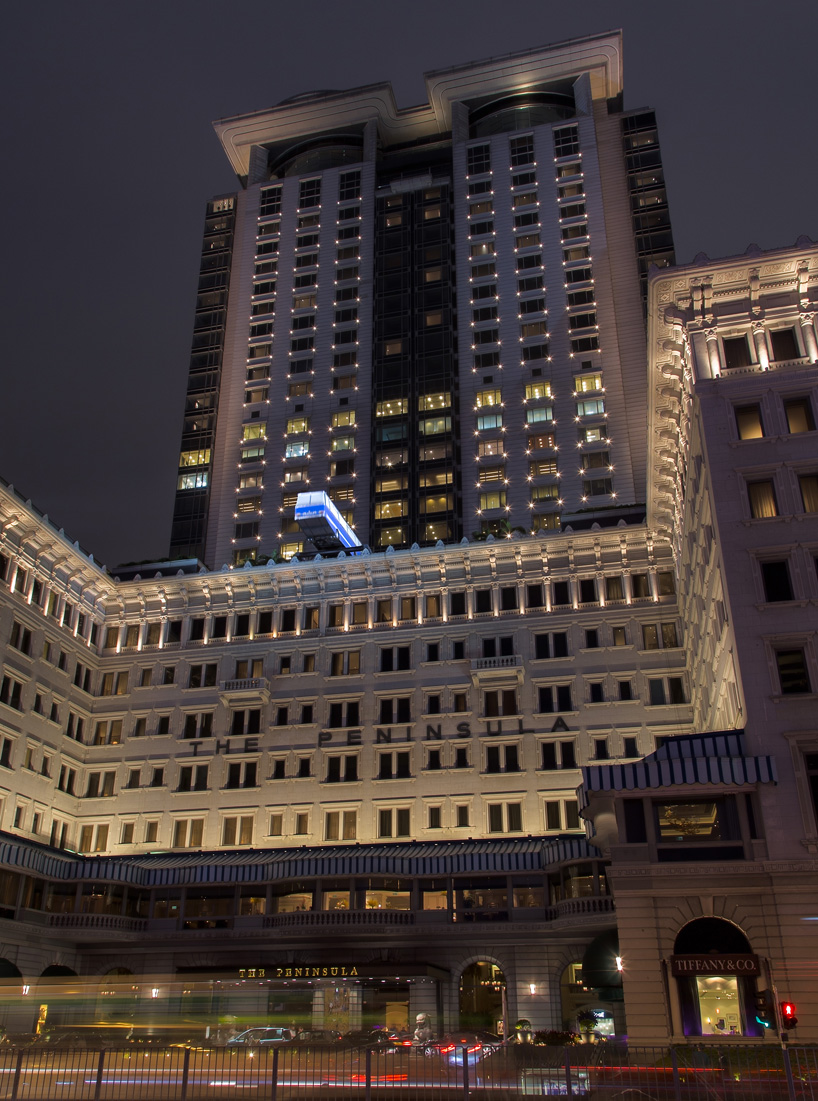 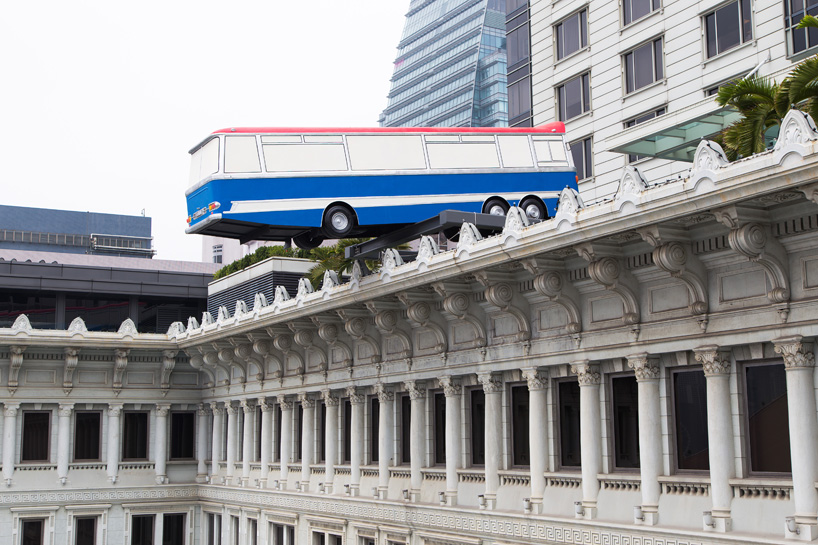 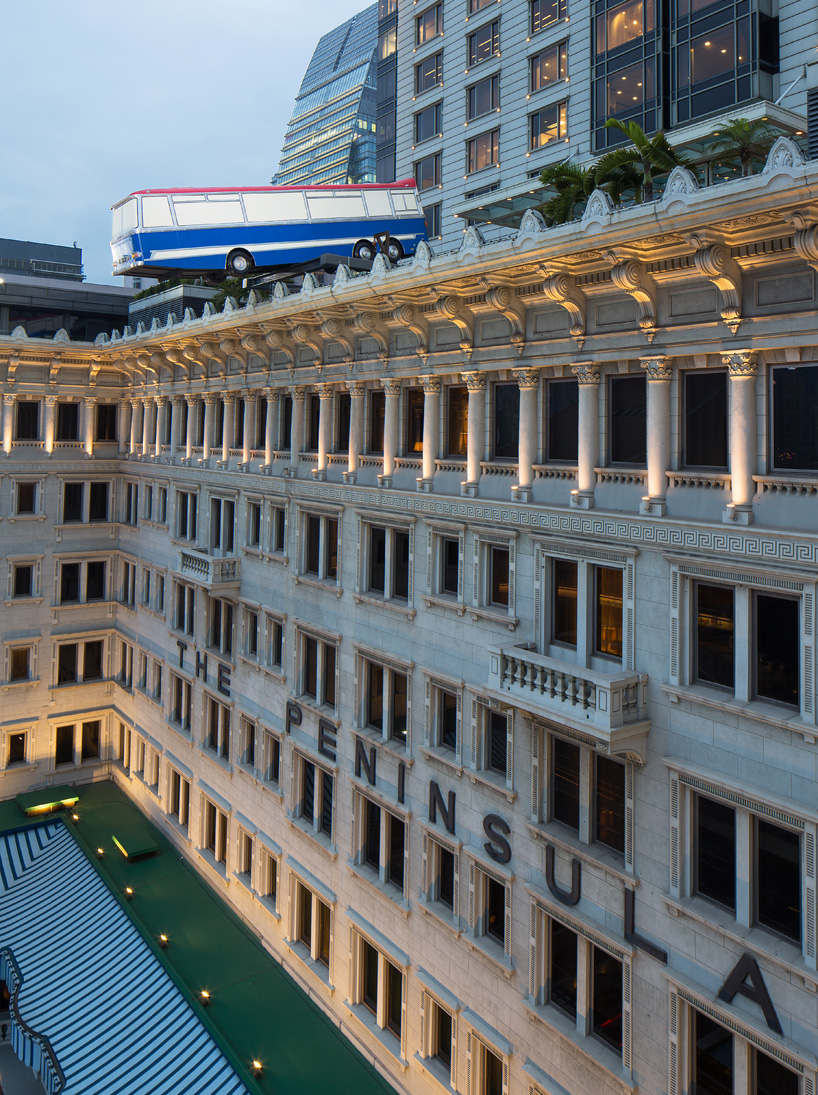 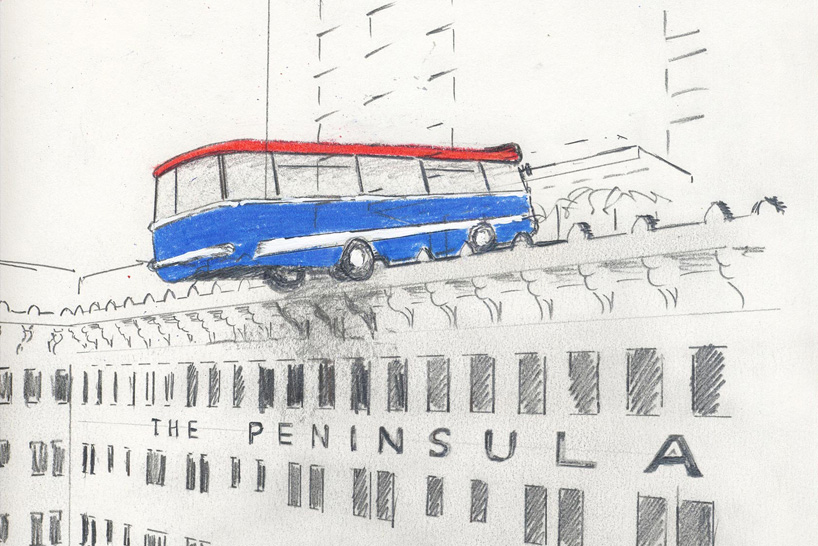 sketch by the artist

gif shows the movement of the bus on the hotel roof

‘hang on a minute lads… I’ve got a great idea’ has been originally commissioned by the de la warr pavilion, UK, generously supported by eddie izzard, the arts council england grants for the arts via the national lottery and the henry moore foundation, as part of the london 2012 festival.