richard wilson has developed ‘slipstream’, a gigantic public sculptural work set to be the longest permanent sculpture in europe to be installed in the central court of london’s heathrow terminal 2 by august of 2013. the piece, estimated to be the size of one A380 airbus airplane weighing seventy-seven tons, will seem to hover six to twenty meters above the ground of the bustling airport passage point, suspended from four roof support columns. ‘slipstream’ is comprised of 1.1 kilometer of 1.5 meter aluminum roll, equaling 1,650 square meters. the twisted shape of the massive artwork takes its form from the zivko edge 540 flown by world champion air racer british pilot paul bonhomme.

‘imagine filling the vast void of the central court of heathrow terminal 2 with clay. now imagine a stunt plane moving through this mass of clay, somersaulting, spiralling, twisting and climbing. the spinning plane would create a void to be filled with fast setting plaster. when hard, imagine the hall is excavated of all clay to leave a suspended plaster form. imagine what this solid but fluid shape of the movement of the plane through space could look like built from, steel, wood and aluminium!‘ -richard wilson

the sculpture was selected as the winning design of many submitted to futurecity’s international competition. 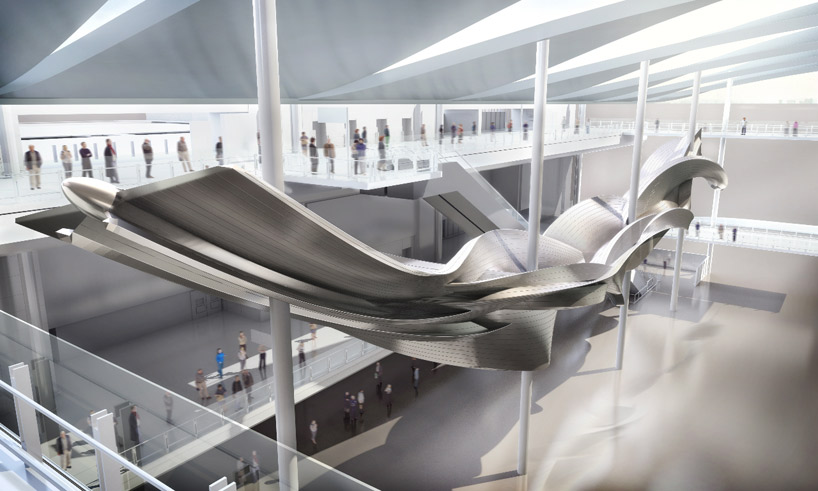 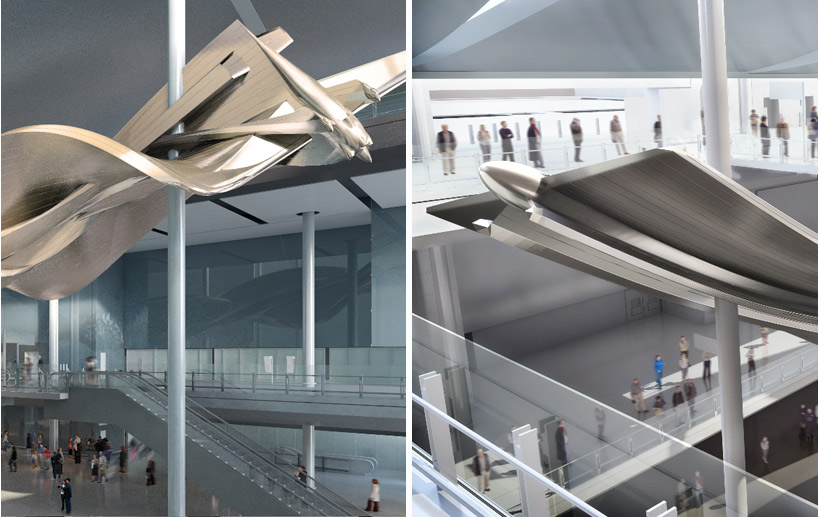 detailed perspectives of the two ends of the massive metal sculpture