rick hincks gives a minimal treatment to world cup moves and moments
(above) luis suarez on june 24th, 2014 – the 80th minute bite against italy
all images courtesy of rick hincks

as excitement builds around the quickly approaching world cup final, designer rick hincks brings us a series of minimalist graphic posters illustrating some of the most memorable game time moments. only 2 colors — the one that represents the club, and white — are chosen, with drawn, diagram-like layouts describing the course of play. a key at the prints’ bottom left delineates the action, players involved, and path. ‘each diagram contains the lines of the pitch and the goal frame’ hincks describes ‘around the pitch, the players from both sides are marked, showing their exact positions when the ball is struck or saved. along with this, the path of the ball is also shown as are any significant runs made by players who contribute to the moment.’ 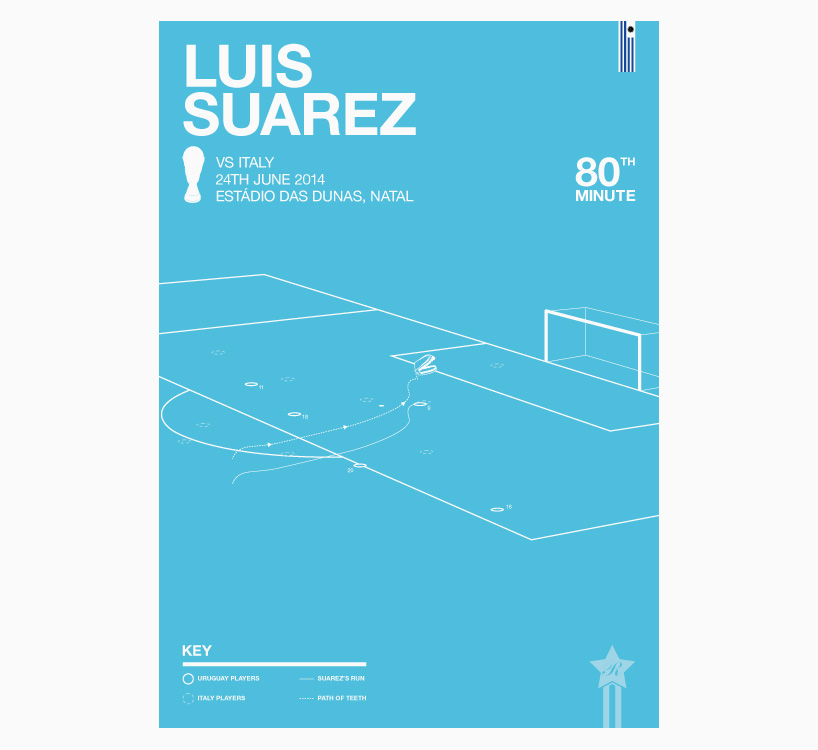 from the recently notorious suarez bite (portrayed by a quirky set of chomping teeth) to the step-by-step development of gerd müller’s 1974 goal, the vibrant paper prints eternalize the unforgettable scenes. ‘the concept behind these prints is to document significant moments in the history of football in their simplest form.’ hincks explains ‘these aren’t necessarily great goals, these are moments that mean so much to the fans of that club, because of the significance of it. whether it’s a goal, a save or a block.’ 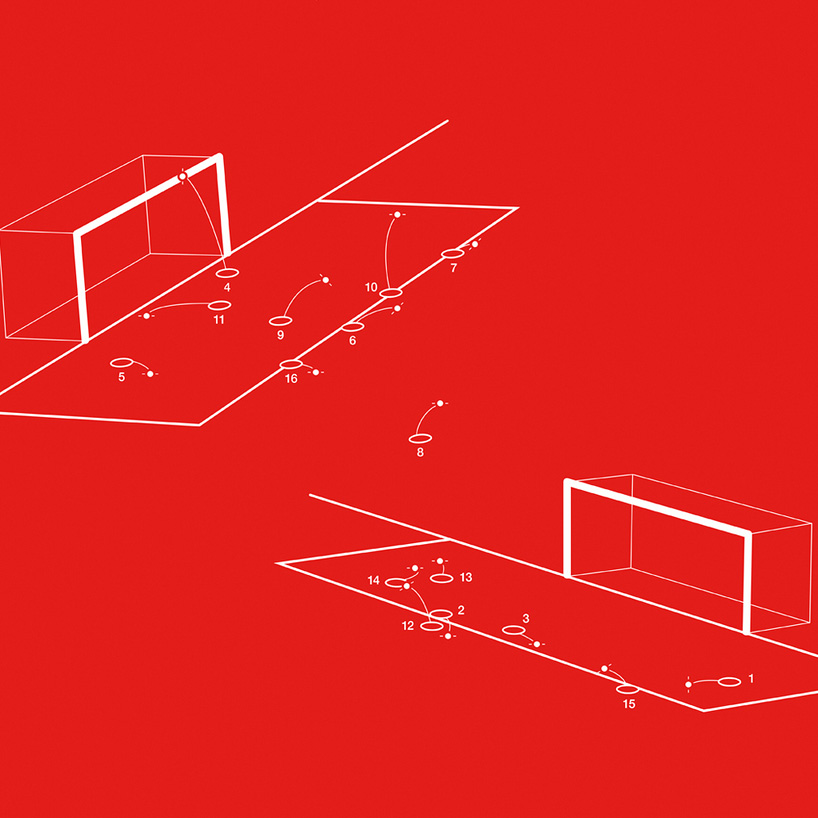 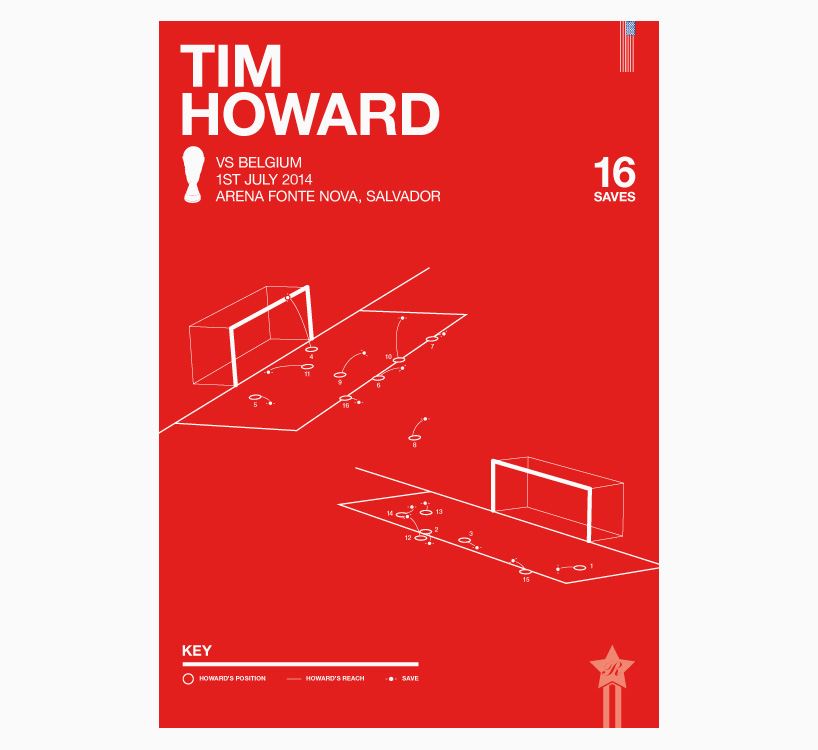 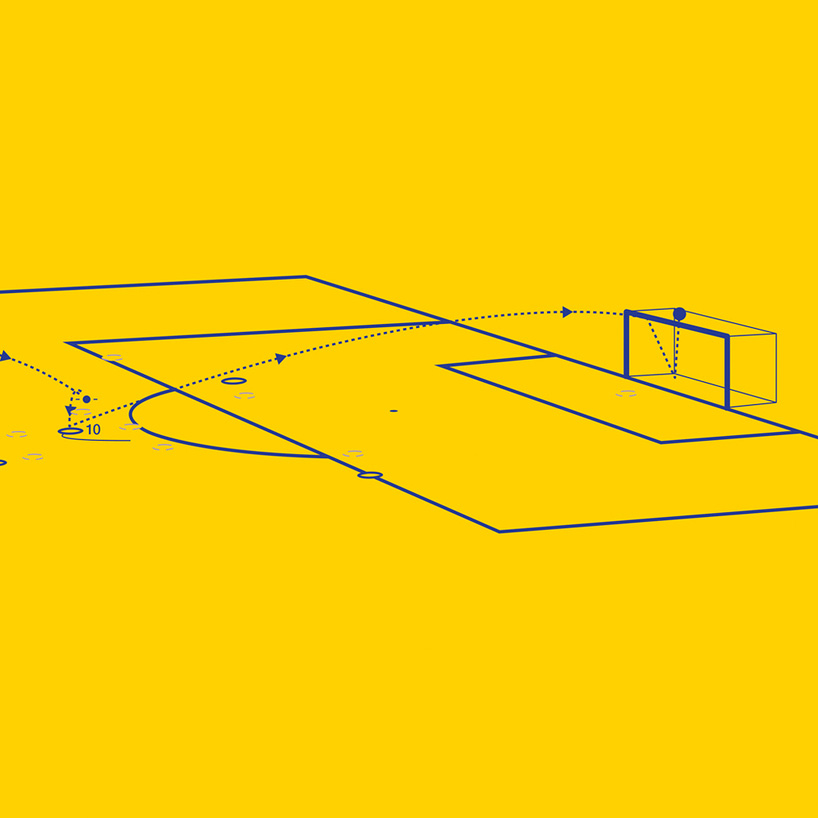 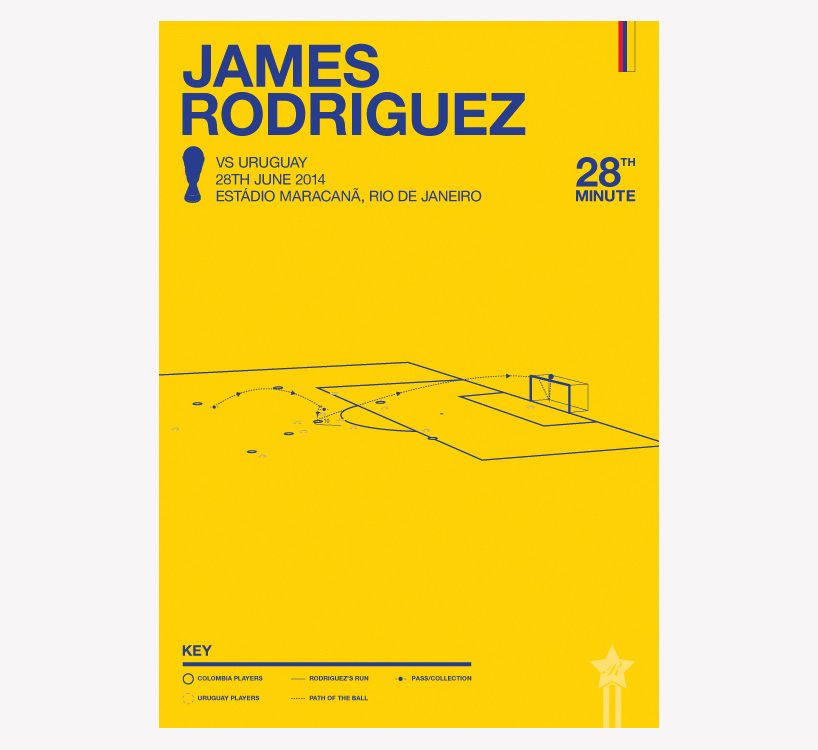 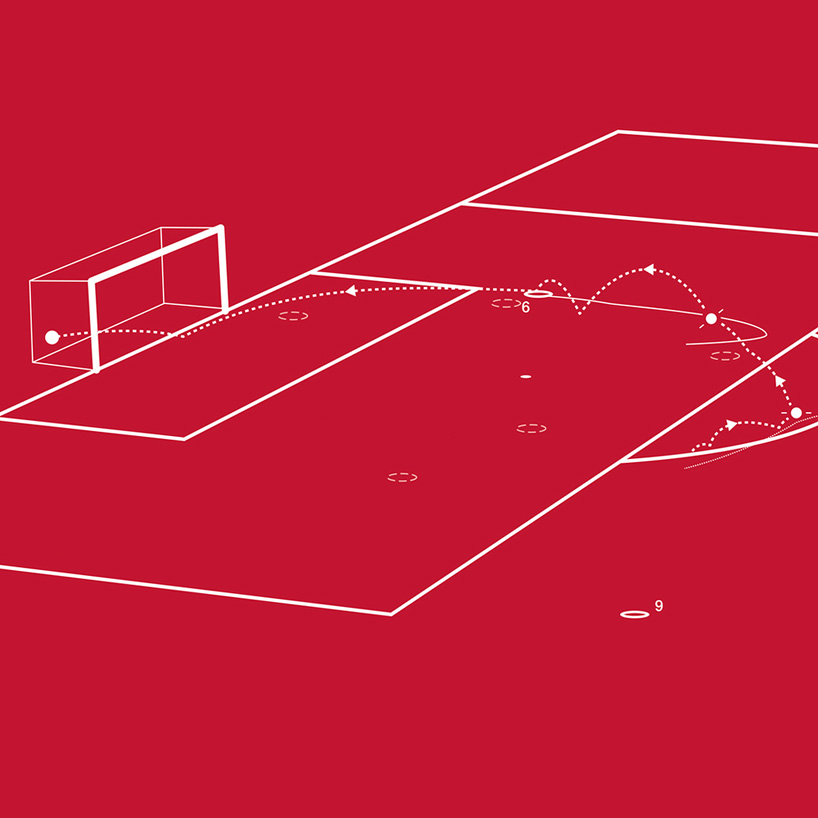 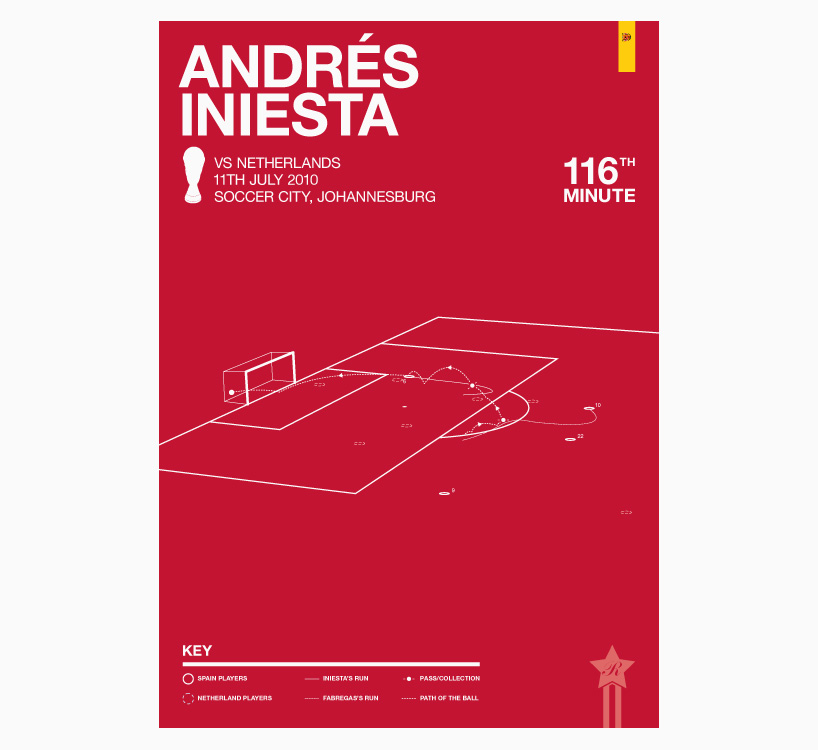 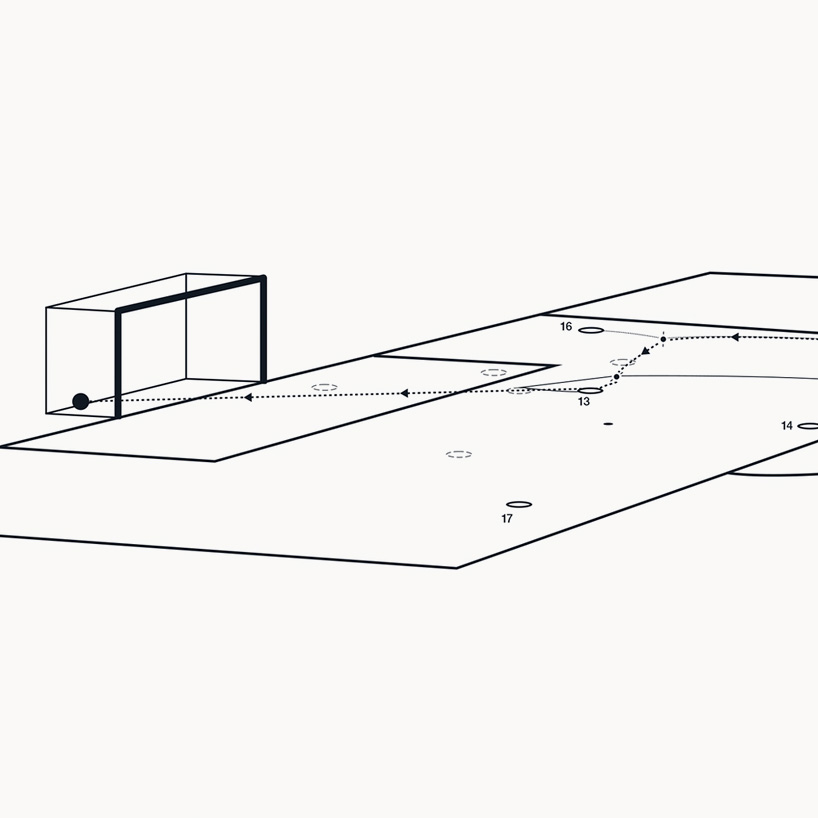 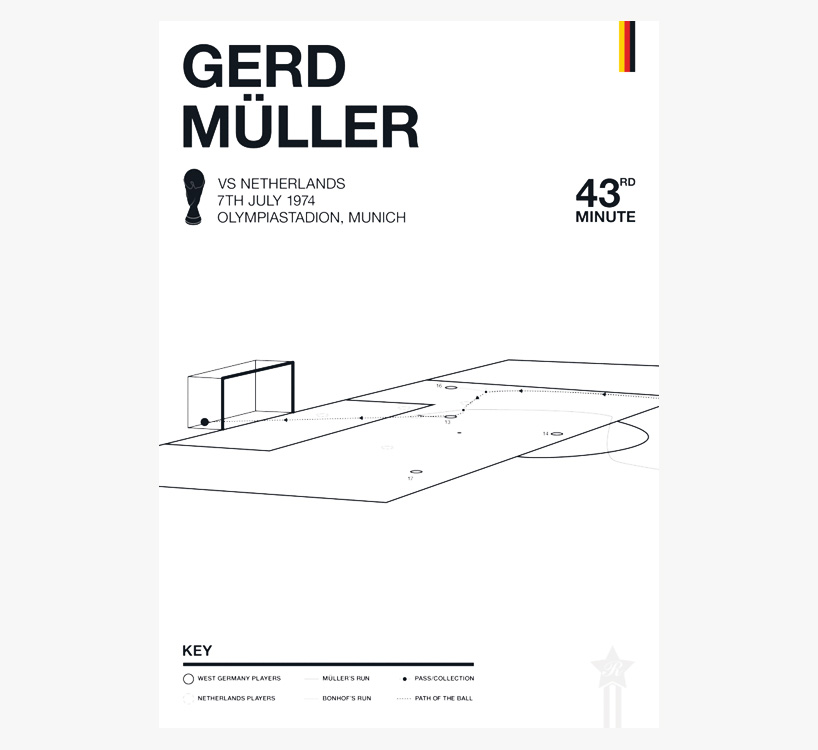 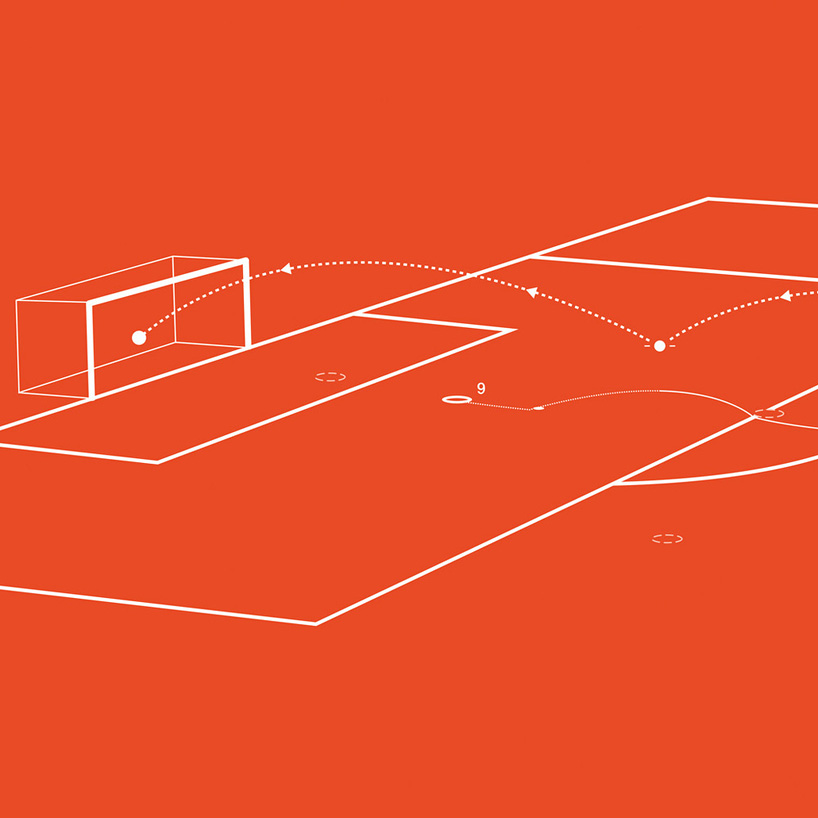 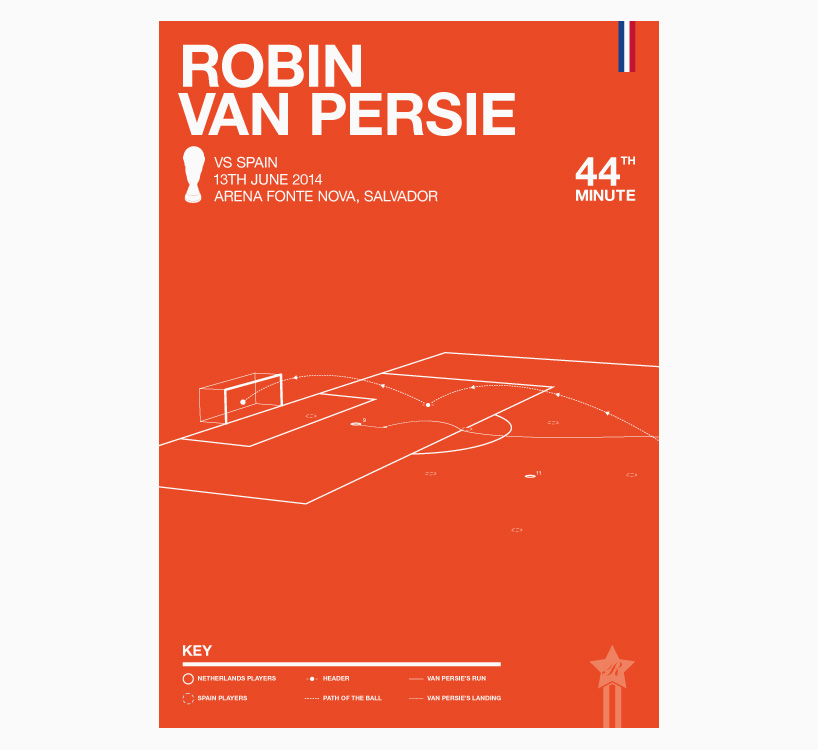 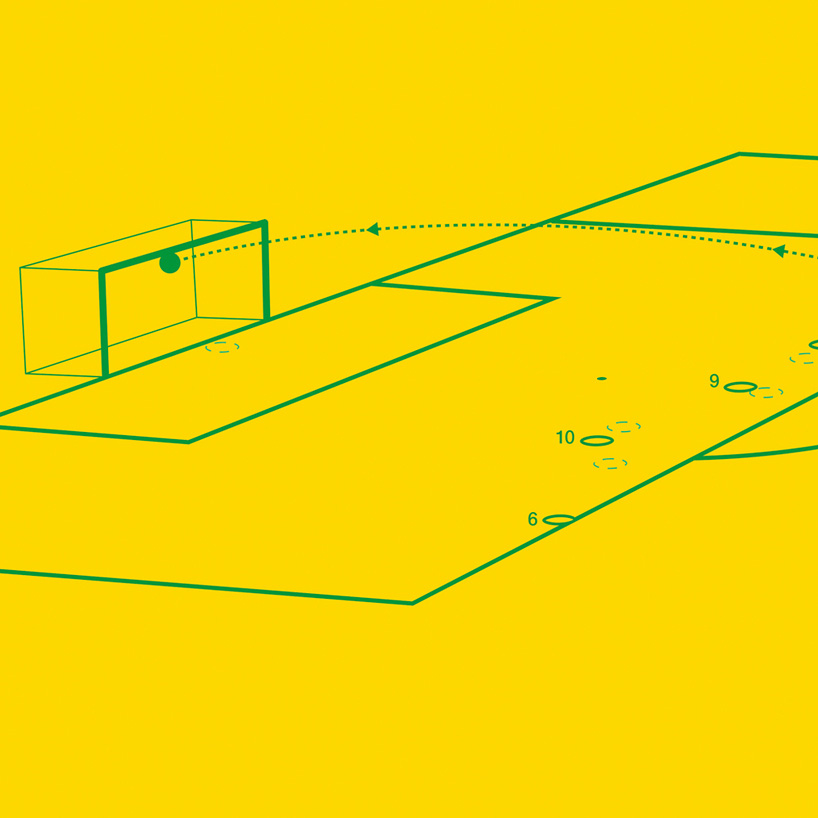 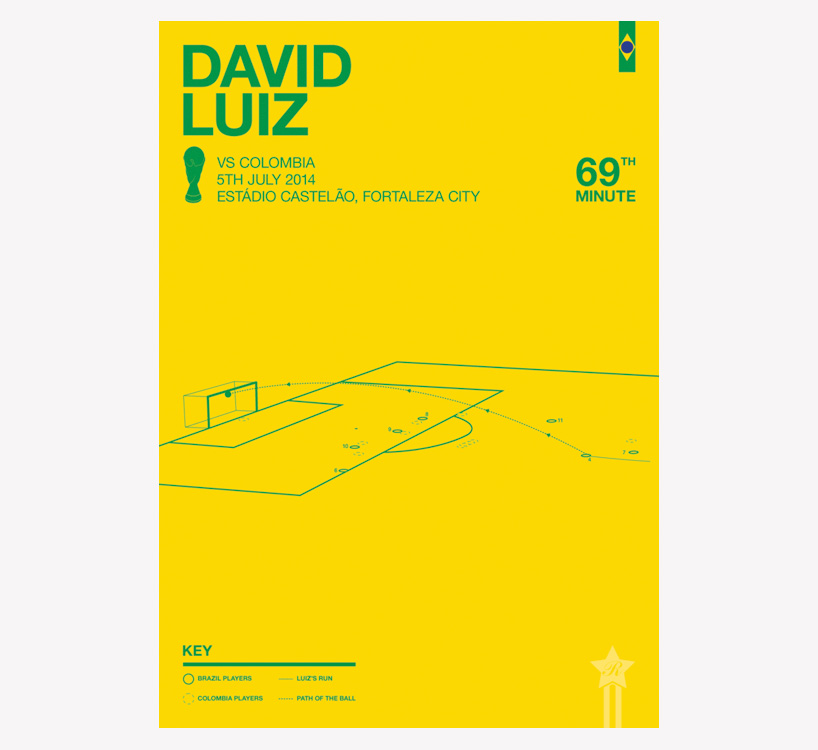