of family, human interaction with nature and the cycle of life are photographed in pastel colours. her work reveals exquisite delicacy, achieved through sensate compositions, a careful attention to texture and the cultivation of a beautifully clear, clean, often whitish light. she interweaves sensitizedways of perceiving the world around her, with the fleeting conflations of forms that make you wonderhow one photographer mangaged to be present, attuned and ready to photograph so many pungent observations. once rinko kawauchi said: ‘for a photographer, it’s a necessity that you can shoot stuff magically. accidents are necessary, but after I take a photograph, it is not all done. I continue to work on it.’ she suggests that the editing and presentation of the work is as important to the final image as composing and taking the photograph itself. at times she presented her work alongside her own haiku poetry. 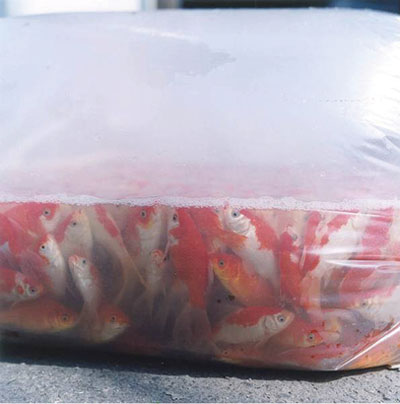