german-based photographer robert götzfried captures the both vibrant and quiet nostalgia of 20th century bowling alleys with his kegelbahnen series. the narrow, linear organization of these spaces lends a striking two-point perspective which götzfried captures at length. the scope of this extensive series generates a visual abstraction, transforming the interiors into an investigation of geometric proportions, symmetry, and scale — each expressive of tones and textures which recall the 1960’s, 70’s, and 80’s. taking inspiration from these spaces so reminiscent of his youth, the photographer dedicated years traveling across southern germany in search of those which best capture the spirit of the era. 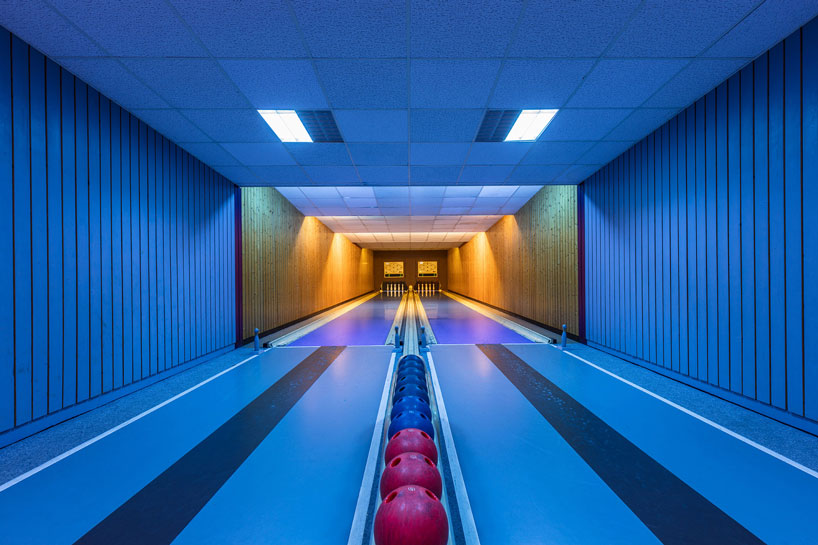 in discussing his series, robert götzfried illustrates the bygone atmosphere: ‘when I was a kid in the early 80’s it was a common thing to go ‘kegeln’ with my parents and their friends. these places are usually located in the basement of traditional german restaurants. the old ones used to smoke cigarettes and drink beer or wine while the kids were allowed to have lemonade as a special treat. this is what quality time looked like back then.’ 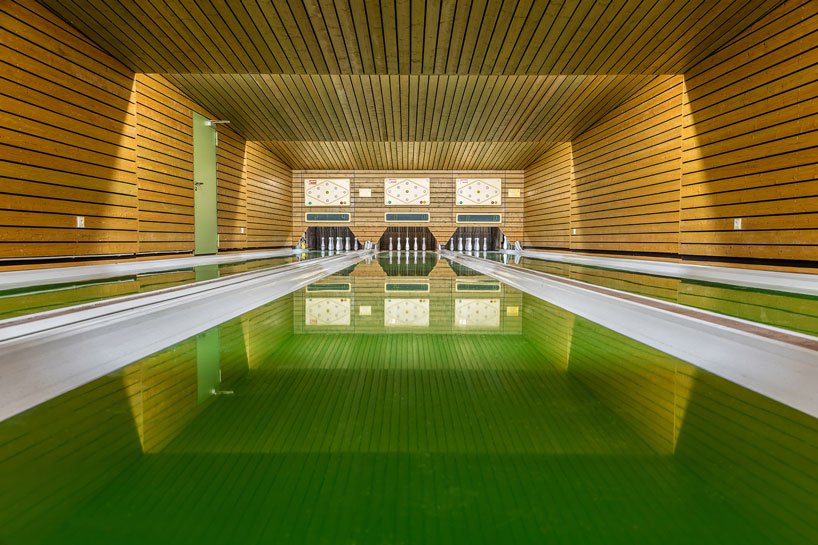 the axial, corridor-like spaces often exhibit rhythmic linework resulting from longs spans of wood panelling and graphic elements. the centrally focused, symmetrical view serves to dramatize the proportions of the space and imply a great sense of speed with an exaggerated forced perspective. with his documentation of these bowling alleys or kegelbahnen, götzfried comments on the german sport: ‘kegeln is pretty similar to bowling but with only nine pins, smaller balls, and shorter lanes. it used to be a big thing in germany in the 60’s, 70’s, and 80’s. these days this sport is not en vogue anymore and it seems that mostly older people go these ‘kegelbahnen.’ due to that more and more of these classic vintage ‘kegelbahnen’ get knocked down and they seem to disappear forever.‘ 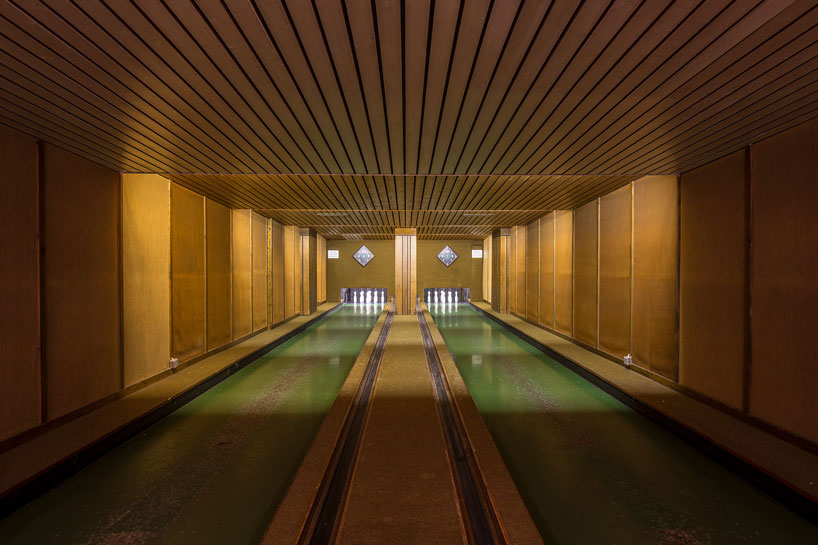 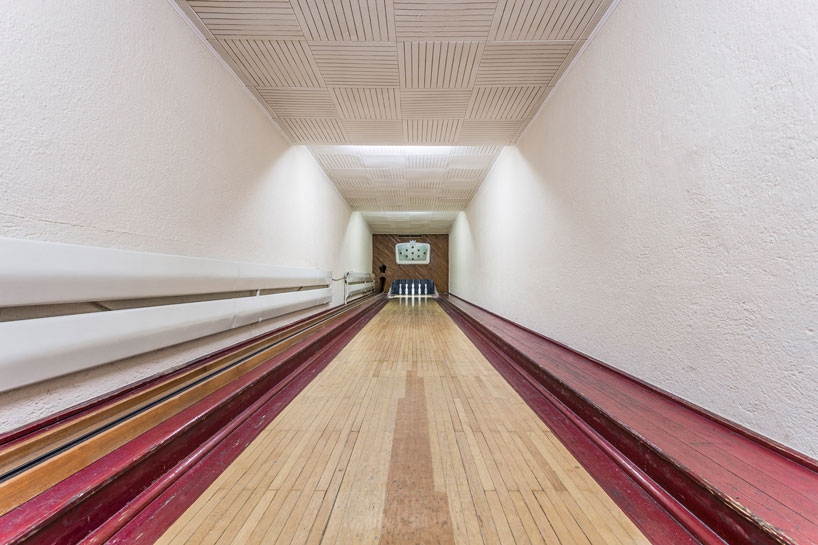 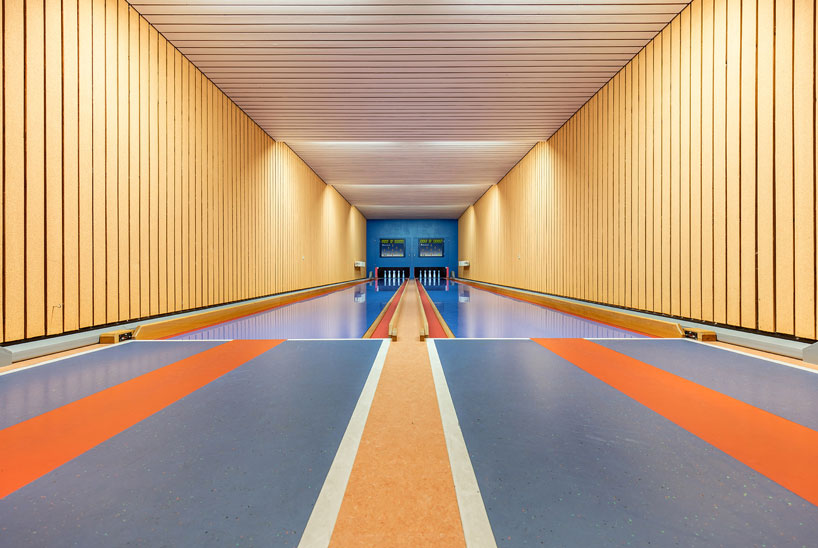 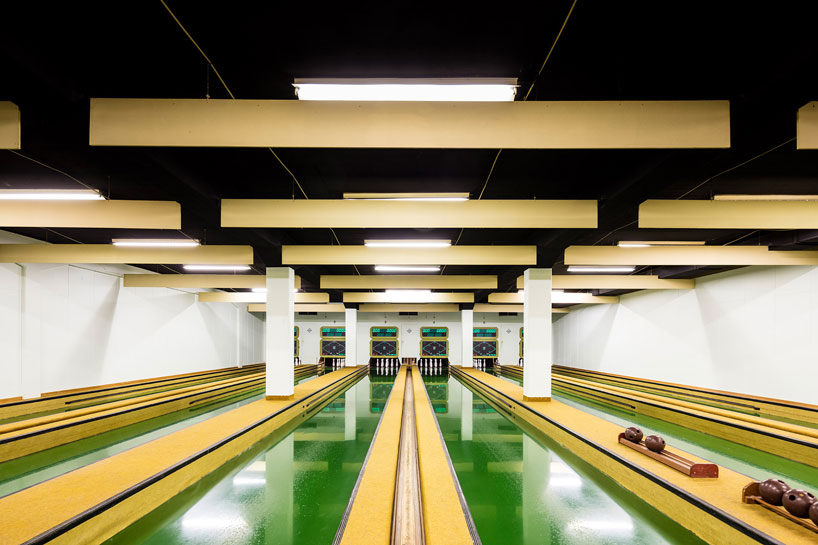 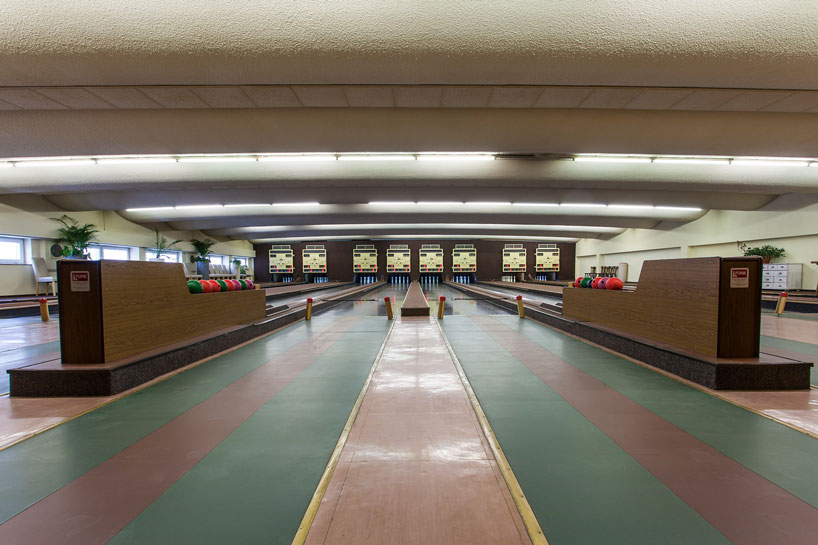 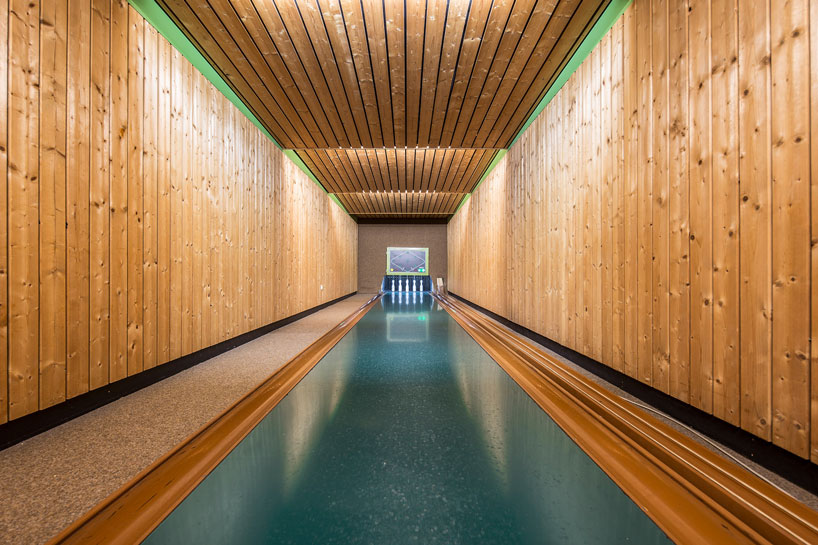 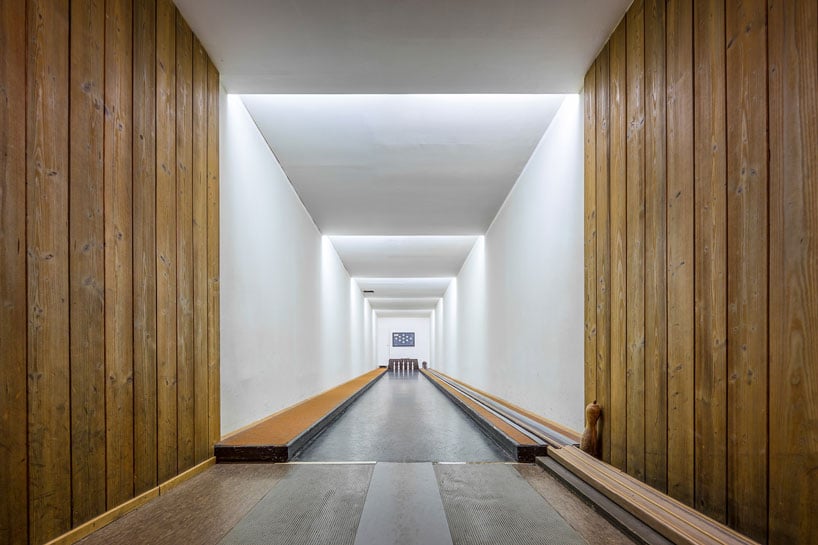 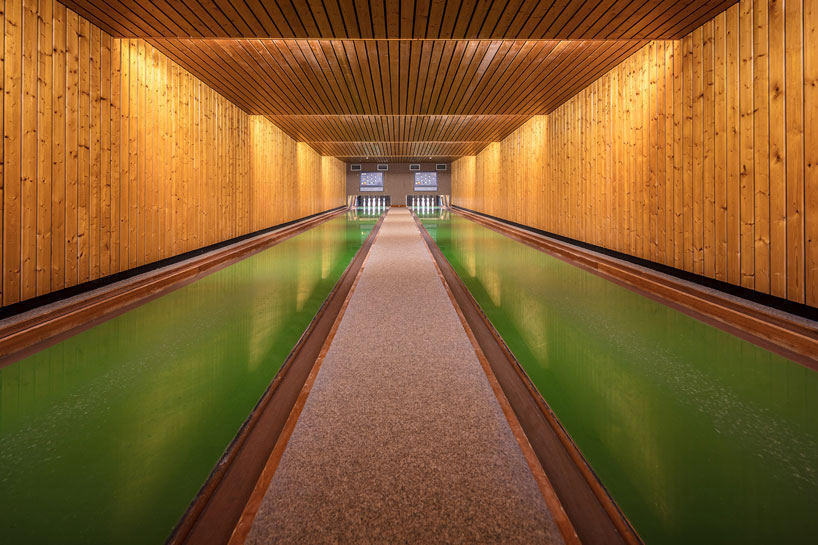 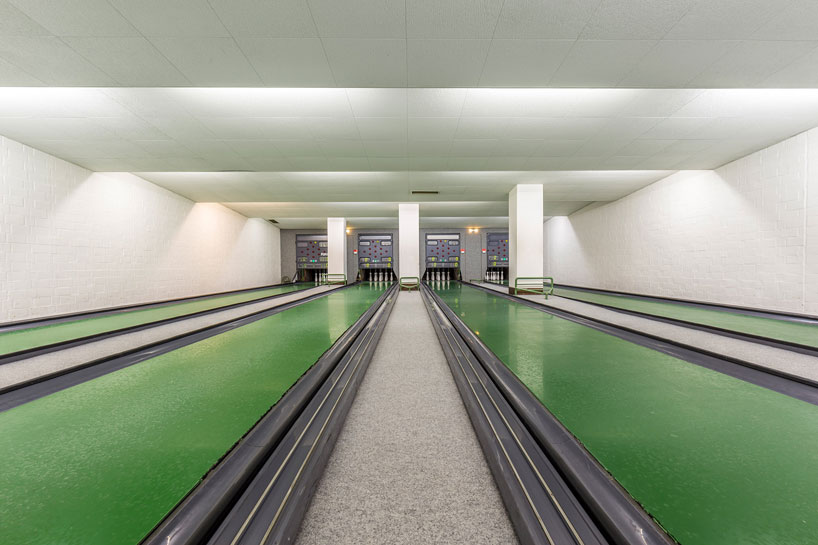 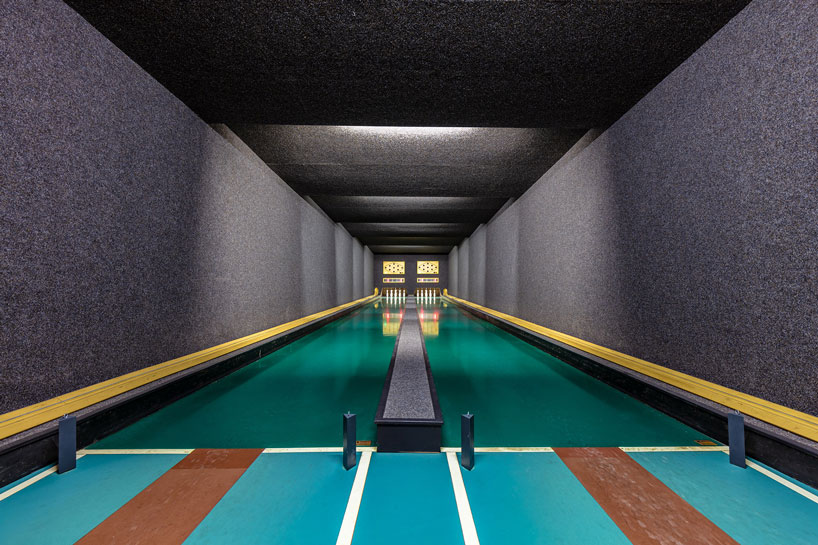 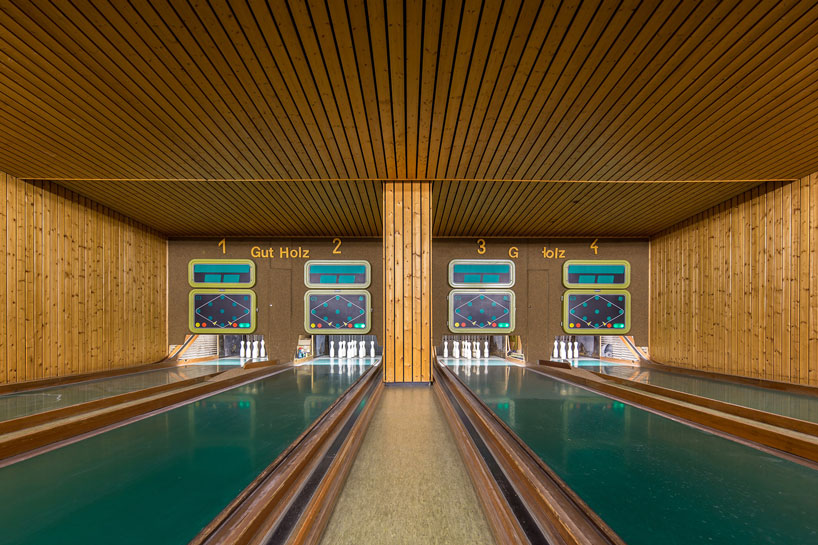 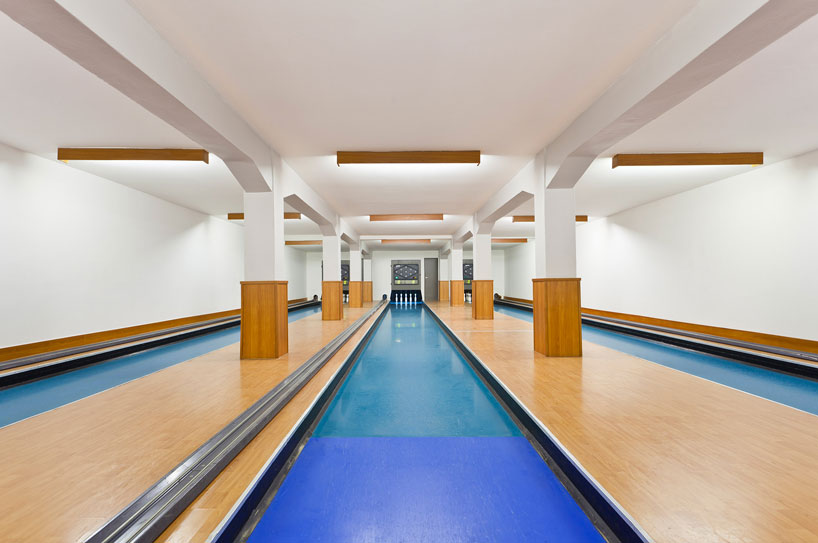 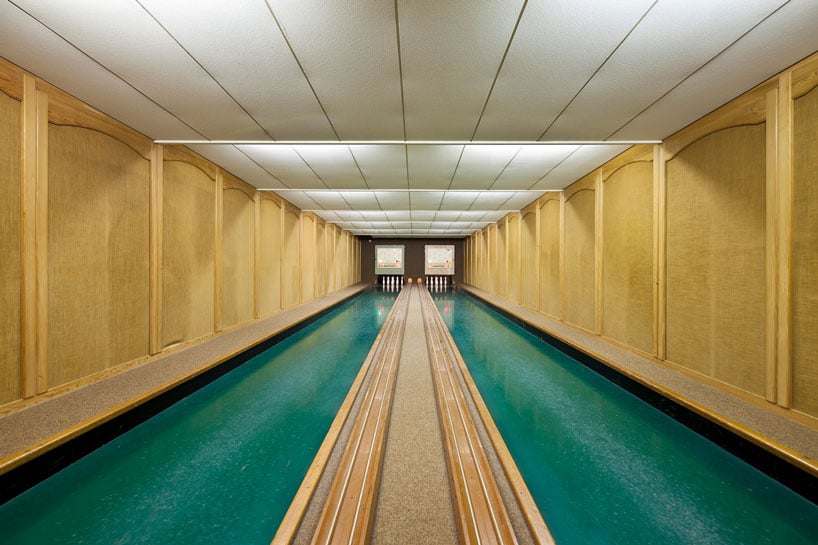 May 31, 2021
weak in the presence of beauty: walter pfeiffer captures bottega veneta in a one-day-only exhibition at kunsthalle zürich 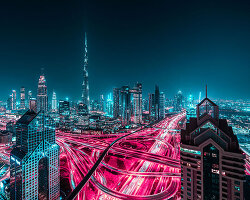 May 23, 2021
xavier portela makes dubai glow in dazzling hues and strokes of pink and blue 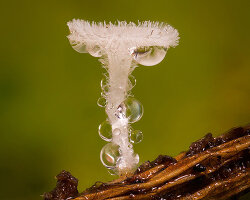 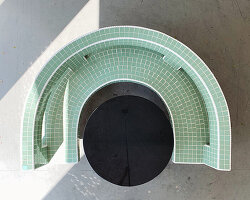 May 13, 2021
jonathan tan captures singapore's social housing tables from above