american painter robert loughlin showcased his latest work at commissioned, an exhibition taking place currently for milan design week 2010. his signature icon, the squared-jaw man with a cigar titled ‘the brute’, has appeared all over new york city on signs, doors and walls. loughlin to this day still incorporates his ‘obsession’ with this iconic image into his art.

in the past, he has ransacked antique stores, thrift shops, flea markets, galleries and estate sales, emerging with treasures that he uses as his canvas. from furniture, wood, metal, plastic, glass, textiles, vintage advertising boxes, even someone else’s paintings, nothing is left exempt for his creative outlet. 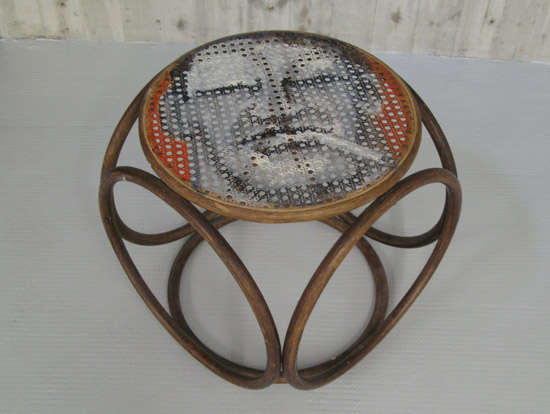 similarly, in this exhibition he has used a range of objects from vintage furniture, television sets, second hand books, to cardboard pieces to apply the same character in different angles, line strokes and color. 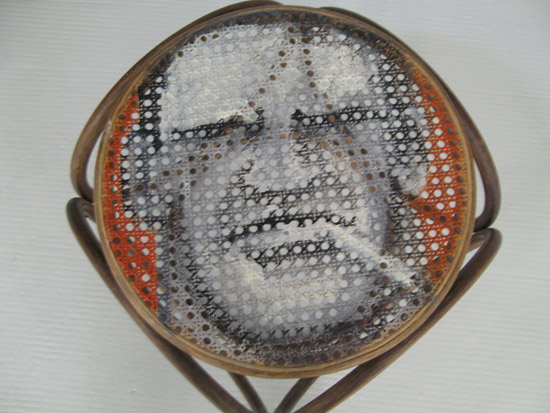 in spite of the continuous recycling of this iconic face, subtle differences in the expression of the man reveal the mood loughlin found himself when creating the work. 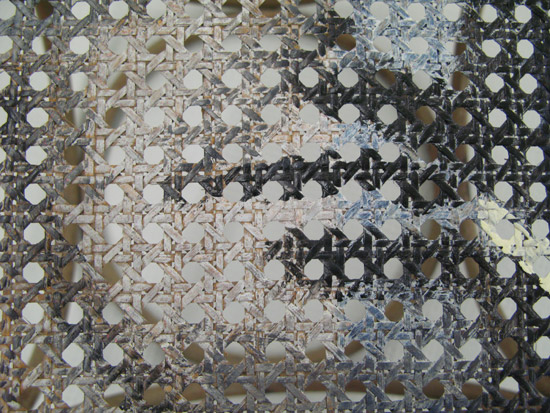 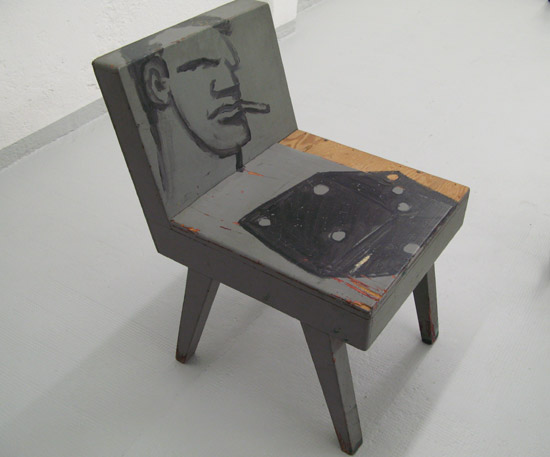 vintage furniture is given new life as loughlin uses it as a drawing surface for his artistic expression. image © designboom

robert loughlin was born in alameda, california. in the 1970s, he opened two stores in san francisco, california, specializing in american industrial design. during this period, he was a pioneer in mid-century design and produced his first show in the US. loughlin also was the co-owner of the first punk supply store in san francisco, california. in 1980, he relocated to miami beach, florida, and opened a design store. it was during this period, that he began painting, with clients such as andy warhol, who referred to him as the ‘chairman’ since he had sold andy so many chairs for his factory. 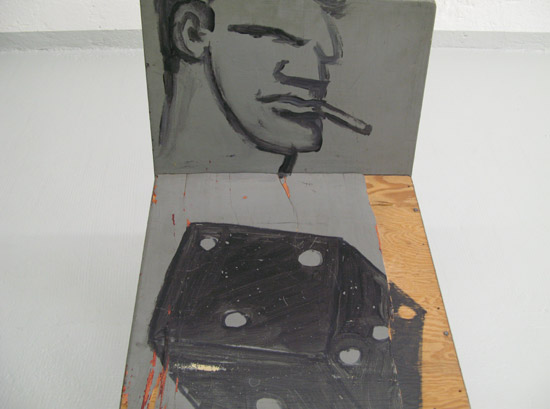 robert loughlin was one amongst six artist to present their latest work for commissioned at marsèlleria. the list includes such names as simon hasan, ben jones, max lamb, kwangho lee, and peter marigold. although, they all have different backgrounds and origins, they are thematically tied in their unusual application of materials. 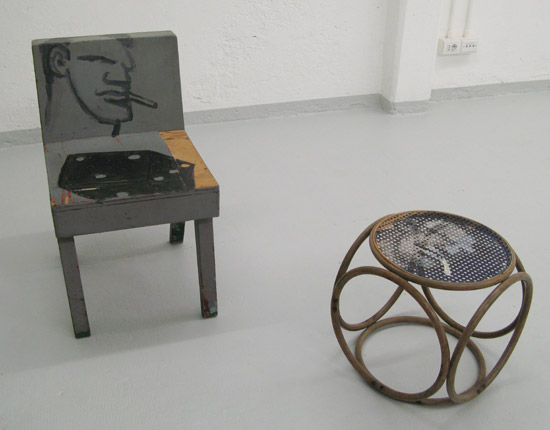 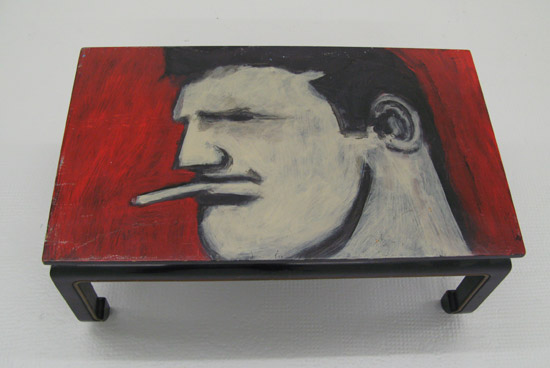 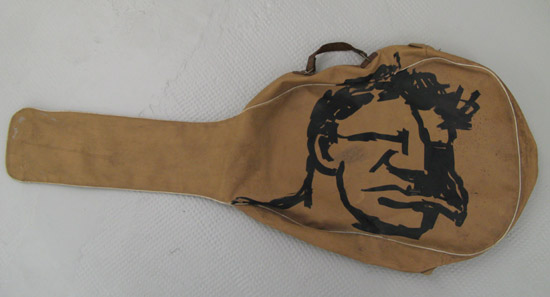 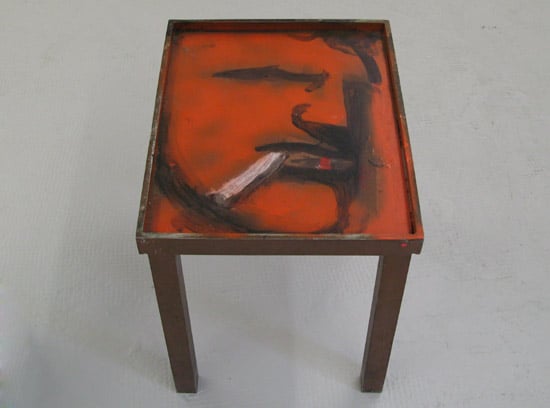 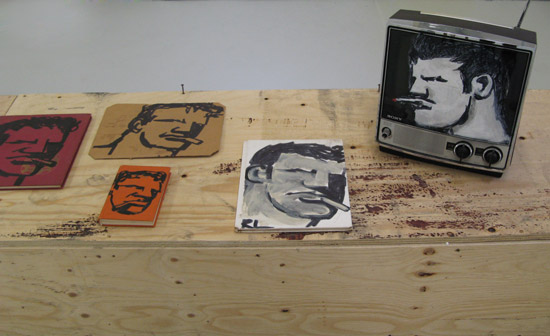 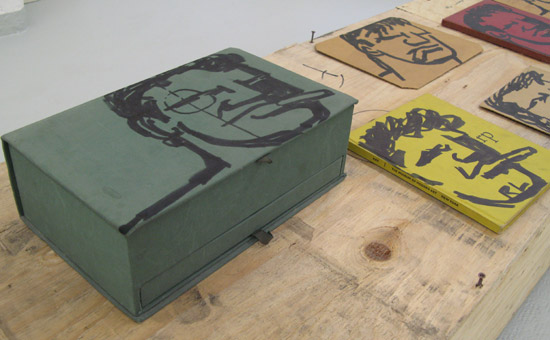 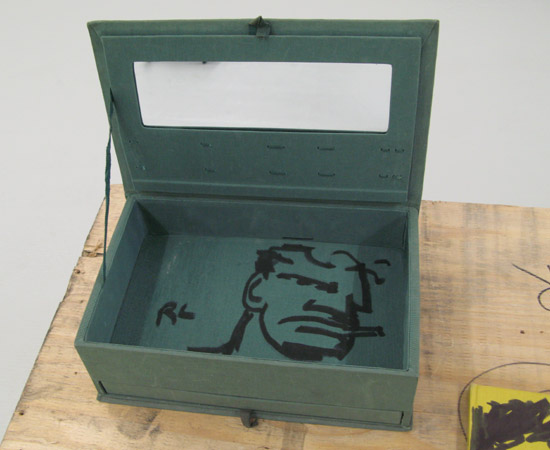