lindsey bessanon began her creative career as a jeweler in arizona, USA in 2003, casting insects in gold or silver. however, bessanon’s work soon morphed into one more sculptural in nature as she hoped to appreciate the coloring of each bug by adding metallic parts, resulting in a collection of robotic bugs.

bessanon first acquires dried, dead insects from suppliers on ebay, special collectors or entomologist websites. when ready to begin work on a piece, the artist re-humidifies the specimens in order to properly shape them. bessanon then repositions the legs and wings, fanning them in her intended arrangement. following the initial appendage setting, the artist pins the insect to a piece of styrofoam, allowing her to more easily add the cogs, gears, levers and steel mechanisms to the insect. after a period of two weeks, the intricate robotic bug sculpture is completed– the colors of the insect play off of the silver and gold of the gears, bringing together the two media preferred by the artist. 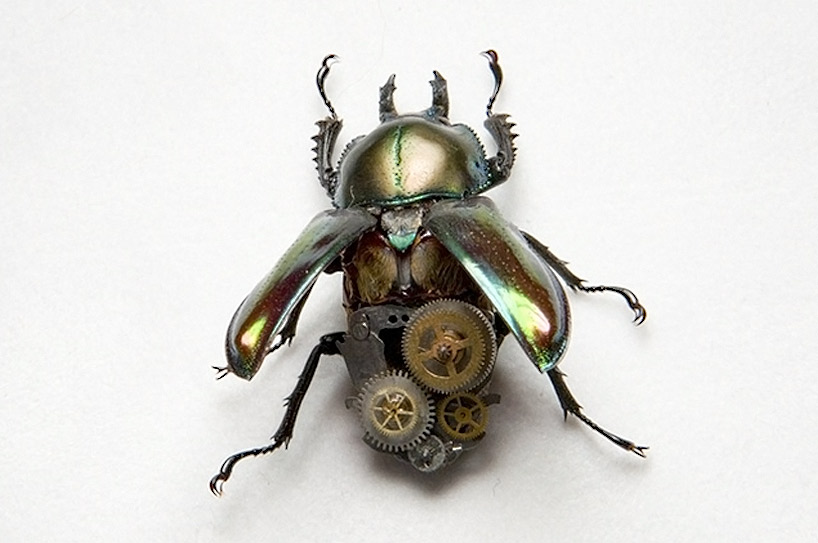 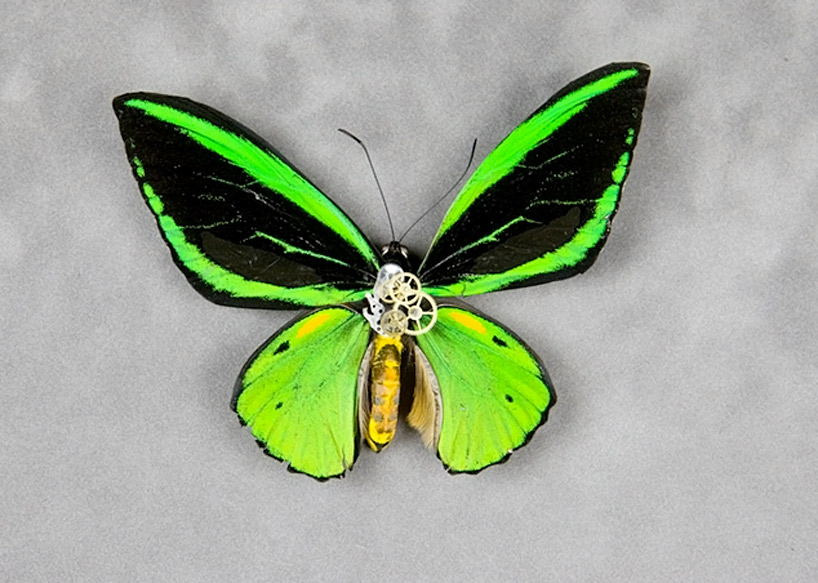 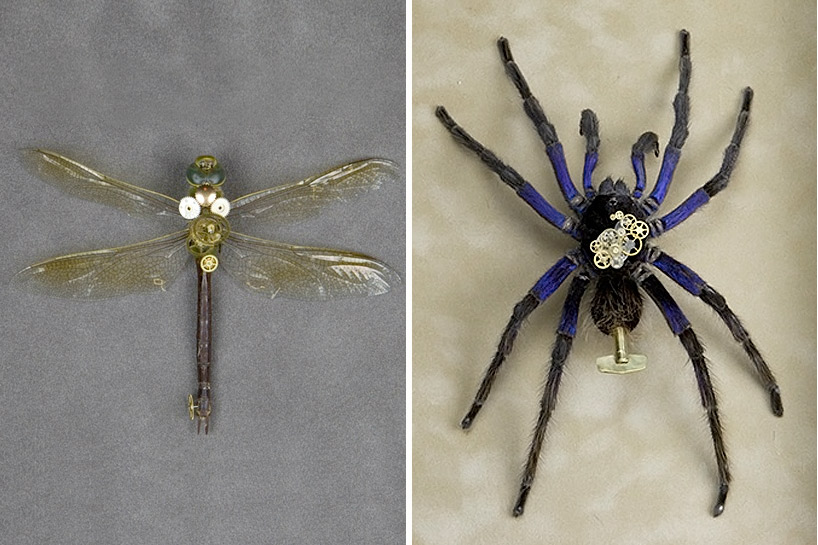 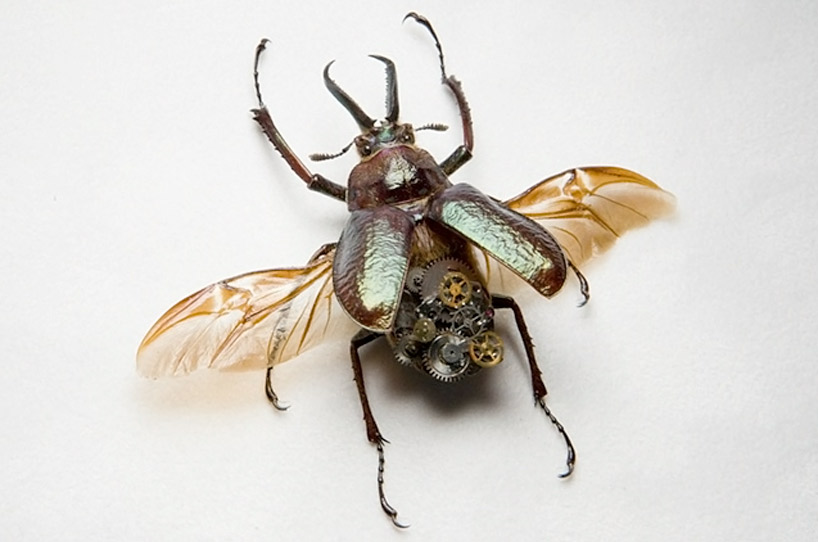 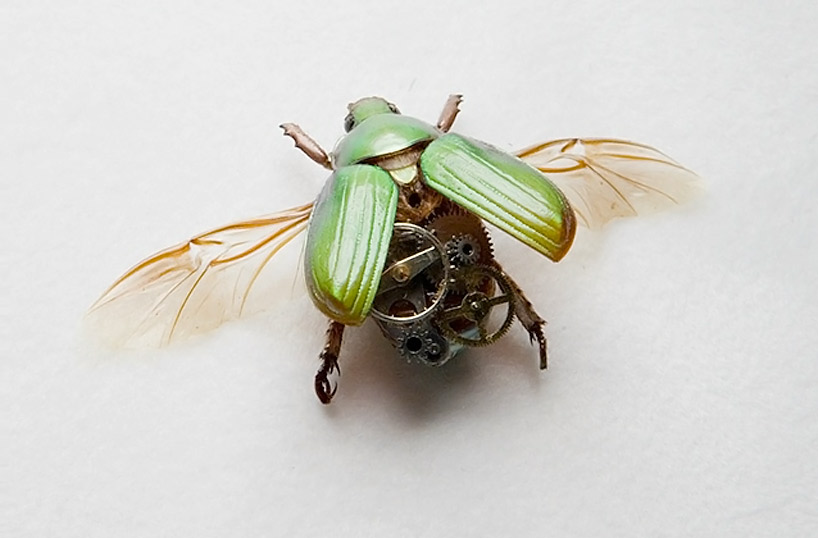 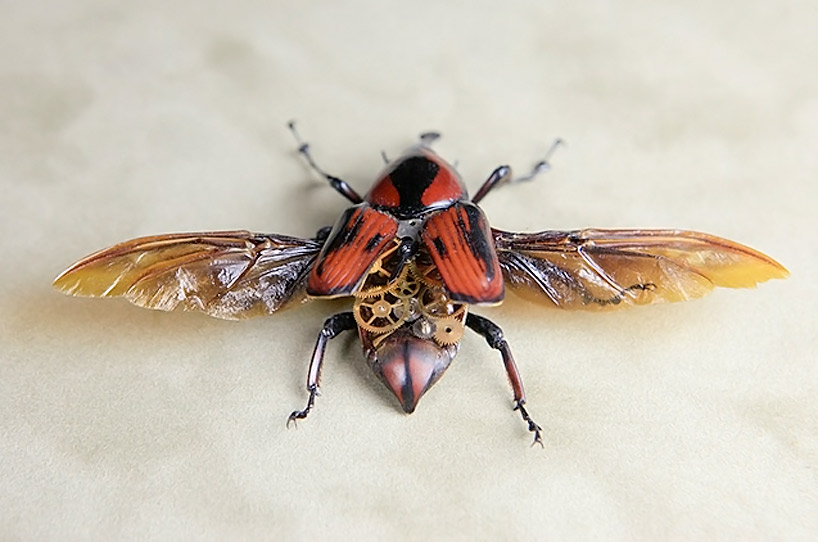 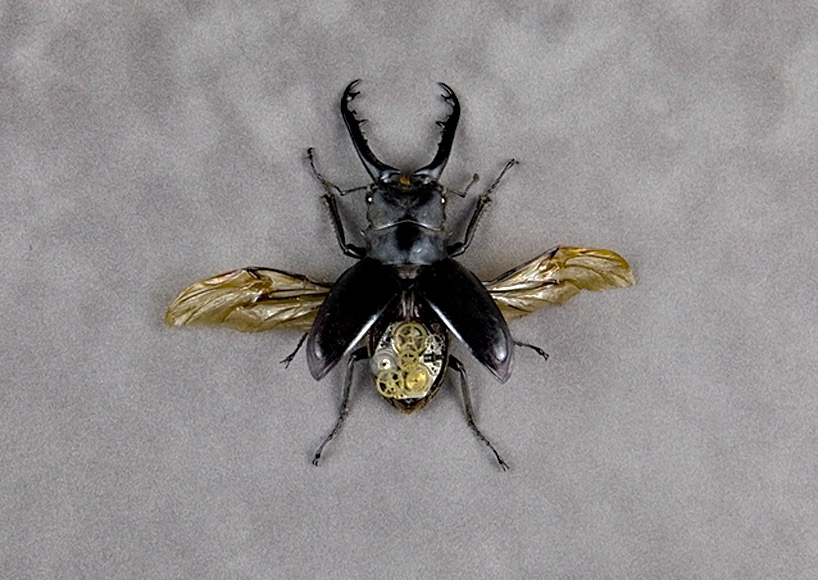 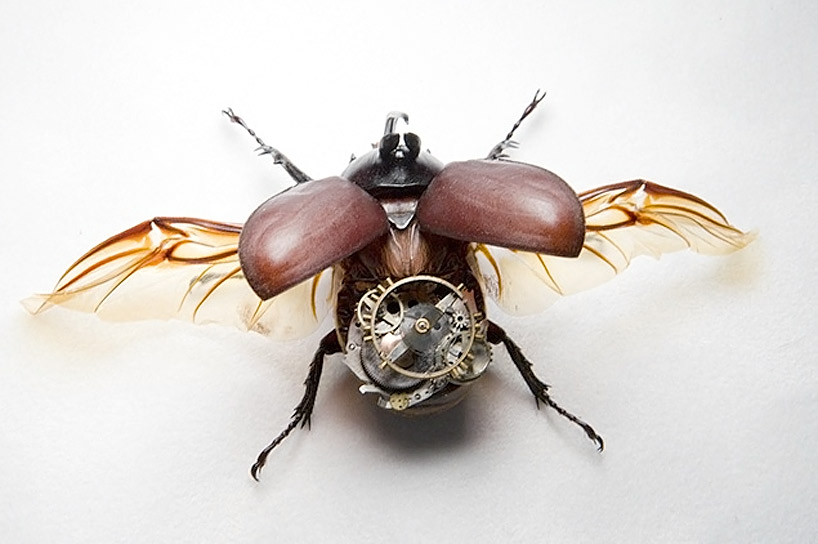 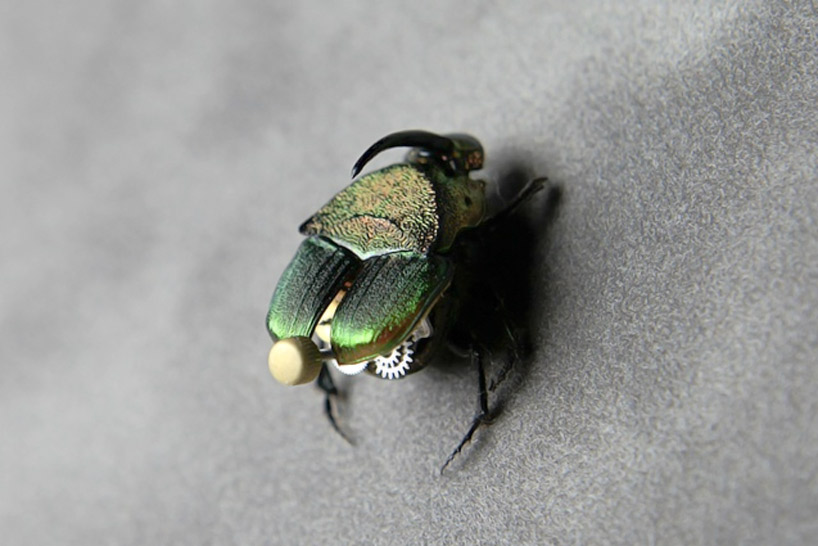