often employing neon, a light source which is frequently considered to be harsh and jarring, rolf sachs continues to engage the medium in his work as seen in the london-based aritst’s latest pieces: ‘gas washer’, ‘neon immersion’ and ‘spüren’. what sparked sachs’ interest in wanting to work with neon was trying to find a way in which to mute the unpleasant properties of it and make it something warm and desirable. in this series of three sculptural lighting objects, we  see him infusing everyday glassware with gas, in which he manipulates its intensity, while adding a particular sensitivity and poetry to each.

in ‘gas washer’ and ‘neon immersion’, sachs has removed functionally laboratory glassware from its scientific environment, drawing on their shape as an aesthetic asset. 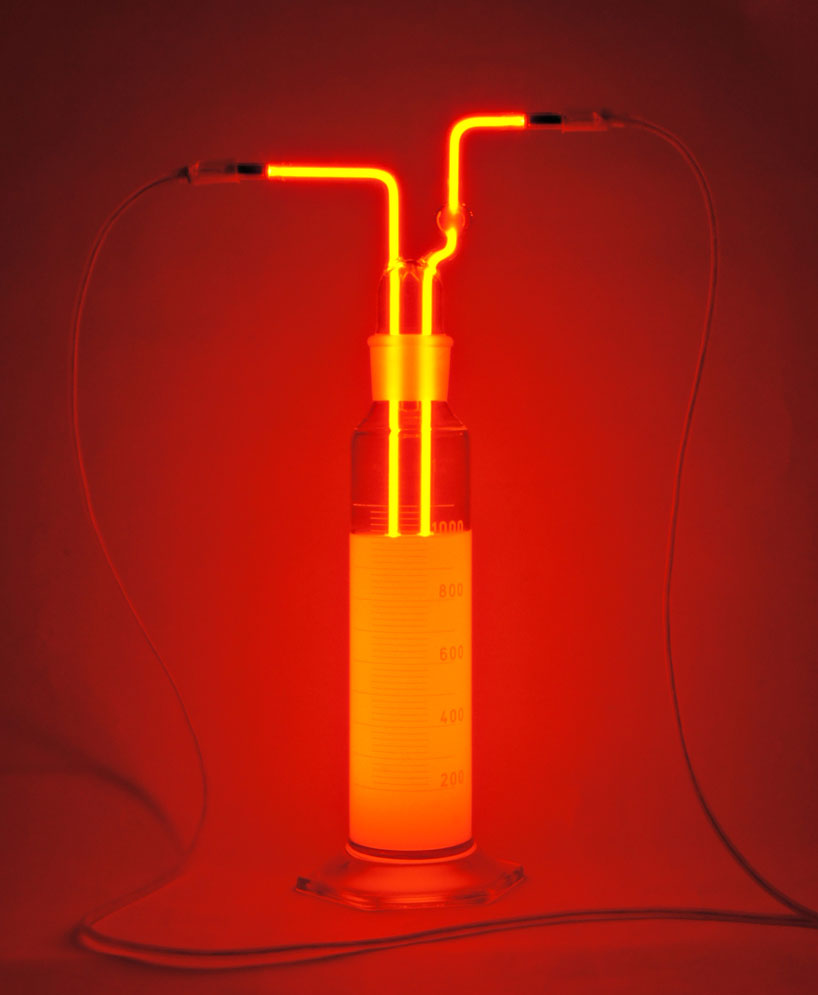 in ‘spüren’, we see sachs transform a ordinary wooden console table into a sculptural work that explores the notion of sensory on various levels. the table features a steel tray on its surface containing earth and a neon sign which spells the world ‘spüren’(the germane word for describing activities of feeling, sensing and perceiving) illuminated by a glowing red light. this is protected by a glass sheet which hosts droplets of condensation. the user is invited to release the mounting vapour, and to touch the earth. 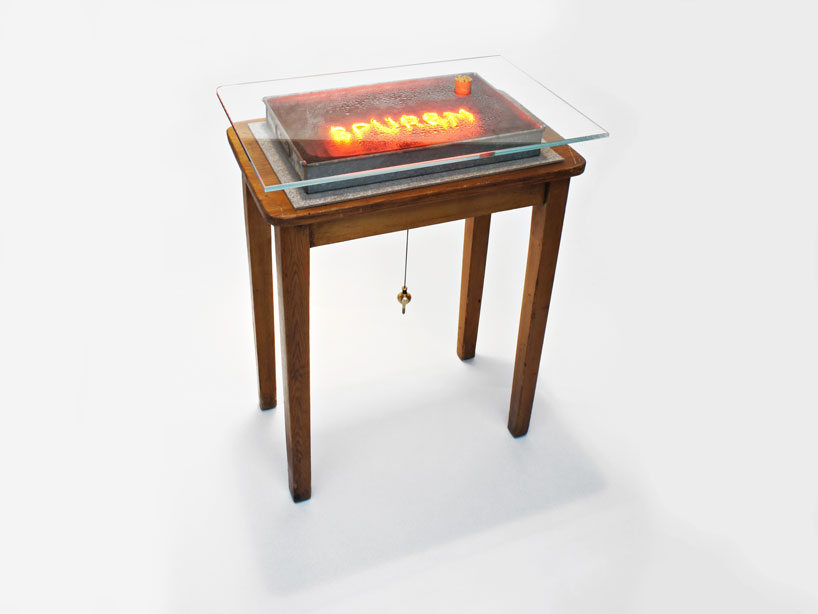 the works are being presented by leila heller gallery, stand D18 at masterpiece 2013 in london until july 3rd, 2013.