THE CASINO DI VILLA BONCOMPAGNI LUDOVISI, BETTER KNOWN AS VILLA AURORA, TO BE AUCTIONED IN JANUARY 2022

a roman villa featuring the only ceiling mural ever painted by caravaggio will be auctioned, starting at €471 million euros. sitting near via veneto, the casino di villa boncompagni ludovisi, better known as villa aurora, has been owned by the noble ludovisi family since the 16th century. the caravaggio mural dates back to 1597.

featuring jupiter, nepture and pluto, the 2.75-meter mural was commissioned by cardinal francesco maria del monte. caravaggio created a mural that decorates the ceiling of the alchemy laboratory. 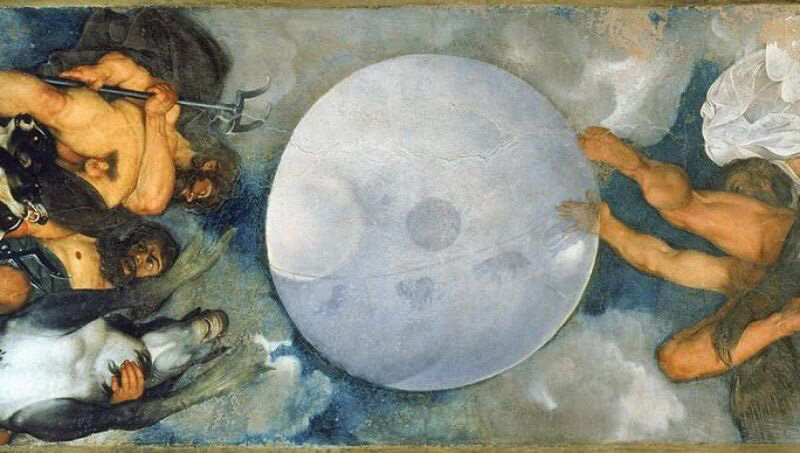 THE ONLY CARAVAGGIO CEILING PAINTING EVER

‘del monte bought property there, which he restructured before commissioning caravaggio to paint the mural in his lab, which was only a very small room,’ said alessandro zuccari, a history professor at sapienza university in rome, reported the guardian. ‘it’s an extraordinary work which was difficult to put a price on, seeing as it was the only mural ever done by caravaggio and so we had nothing to compare it to.’

the mural was painted by caravaggio when he was in his 20s in oils on plaster. in the allegorical scene, there’s a strong sense of alchemy, something that fascinated the cardinal. accompanied by an eagle, jupiter represents sulphur and air; neptune, together with a hippocamp, can be regarded as mercury and water; and pluto and its three-headed dog cerberus talks about salt and earth. in the mural, jupiter reaches out to move the celestial sphere.

the auction, which will take place on 18 january, 2022, also considers the works by guercino, another famed baroque artist, which can be found inside casino dell’aurora. the person who ends up purchasing the 2,800-sqm property, which is protected under intalian cultural heritage laws, would also need to spend around €11 million in restorations.

‘to have a ceiling by guercino and the only ceiling by caravaggio makes it the most special residence of this kind in italy,’ count stefano aluffi-pentini, owner of a private view of italy, a company that organizes exclusive art tours in rome, told the new york times.