rone, a melbourne-based artist best known for his large scale portraits of women, has completed a series of mural artworks in abandoned houses and buildings. over the last two years, rone has scoured the city in search of ‘hidden beauty’, finding uninhabited places and spaces in total disrepair. ‘they were all done clandestinely, sometimes in quite dangerous places’ rone recalls. ‘there was a real sense that they could be destroyed at any time, so the only way for them to exist and be seen was through these photographic images.’ 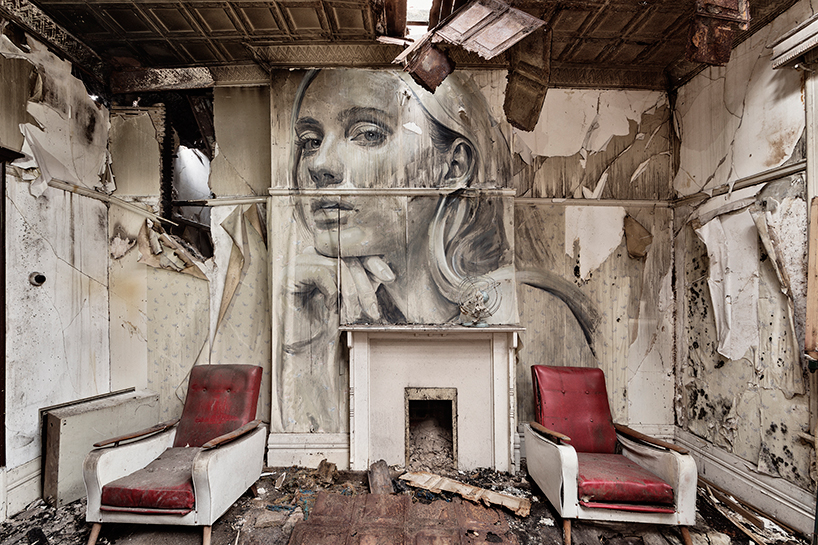 in the soon-to-be-demolished former star lyric theatre building in melbourne, rone exhibited images from the series in a solo show called ’empty’ — exploring the relationship between beauty and decay. ‘I have this strange attraction to forgotten spaces,’ the artist says. ‘I tend to see something beautiful in things that are derelict, dilapidated, forgotten. I guess you could say find beauty in neglect.’

on the rear wall of the historic art nouveau-style theatre, rone has completed a 12-meter-high portrait entitled ‘the star lyric’. the towering piece deftly integrates remains of an original 1920s trompe l’oeil artwork fortuitously discovered after sandblasting the walls. ‘I restored what was there and painted around it to make it all feel like one piece,’ he says. 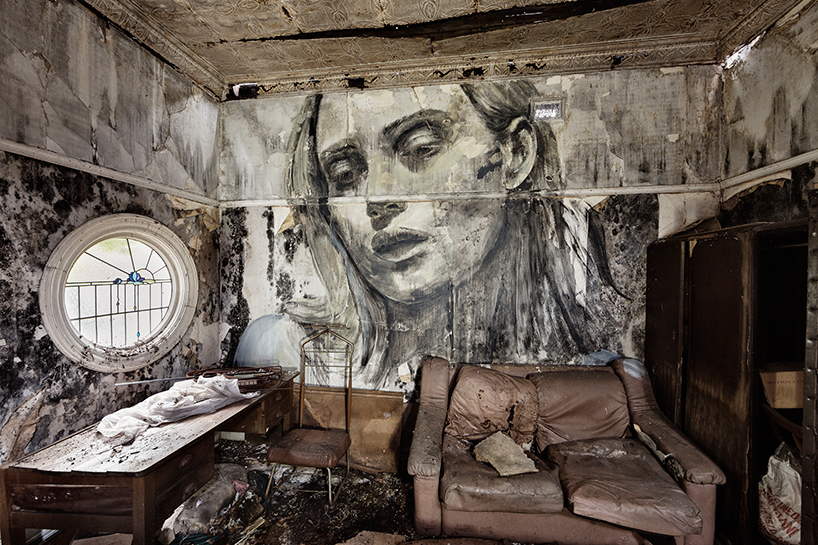 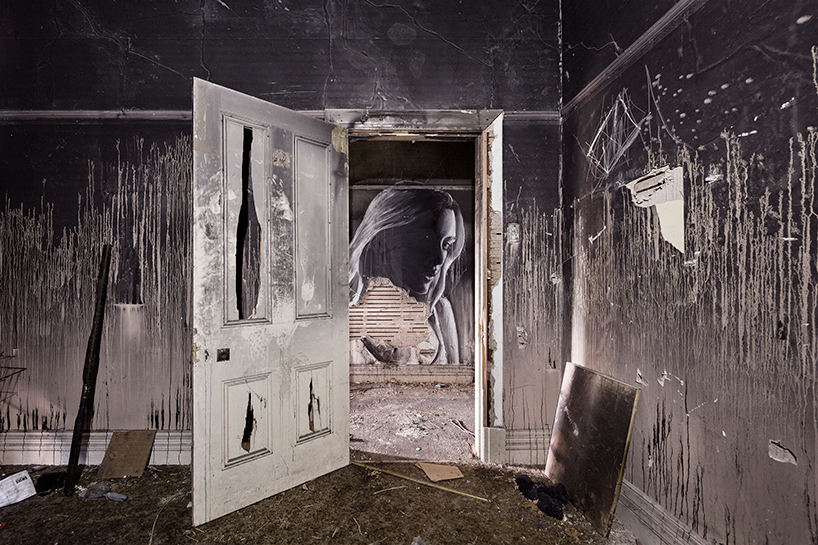 ‘this will not end well’ 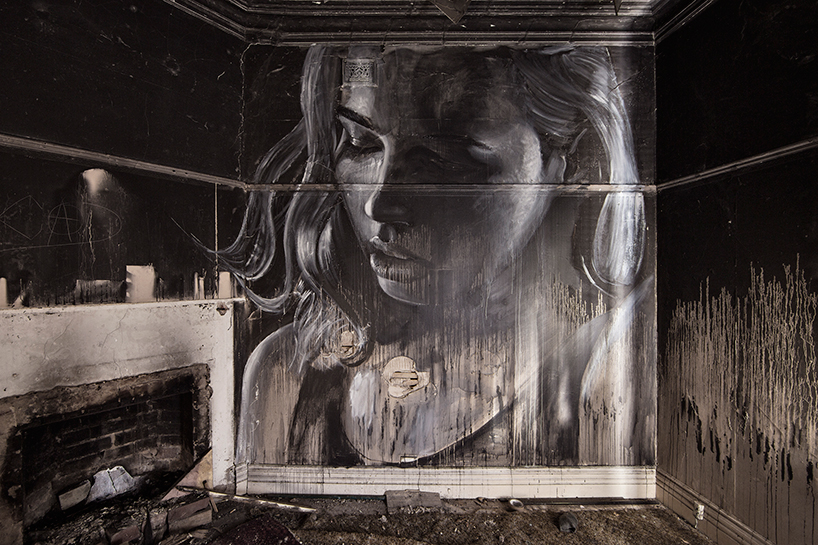 ‘mary of the wild moor’ 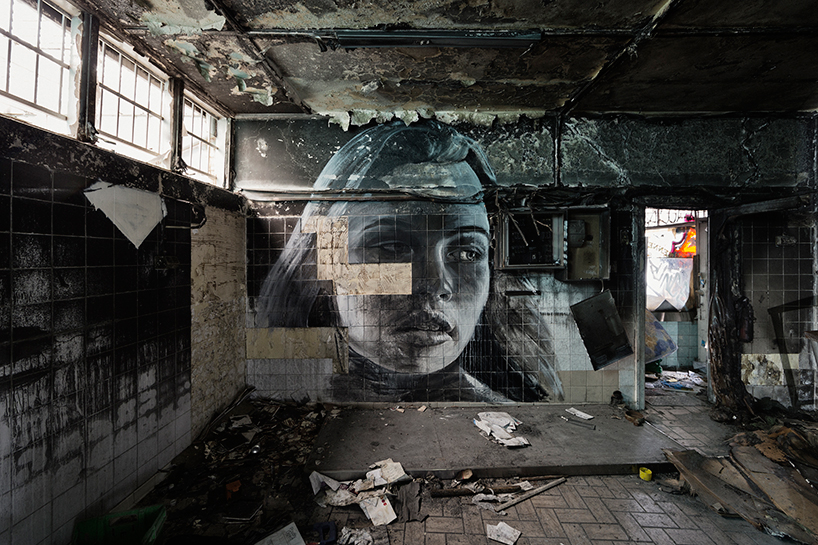 ‘the sound of silence’ 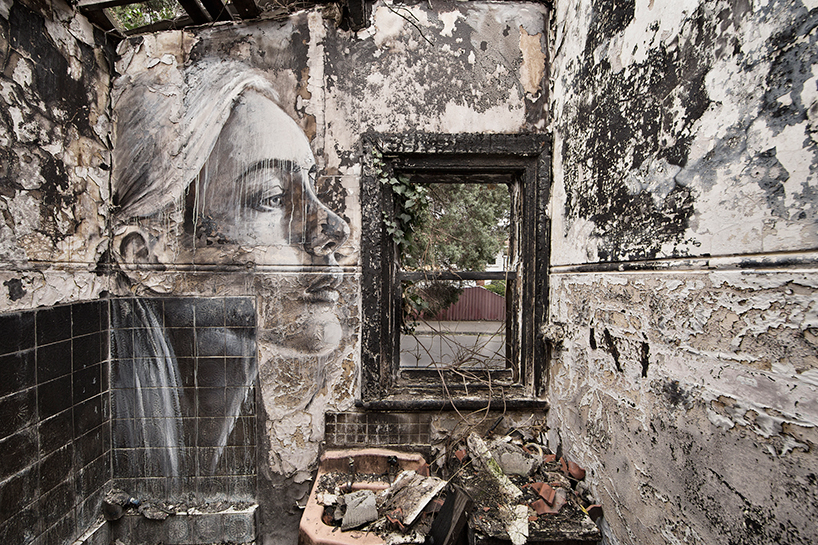 ‘do you think you can tell’ 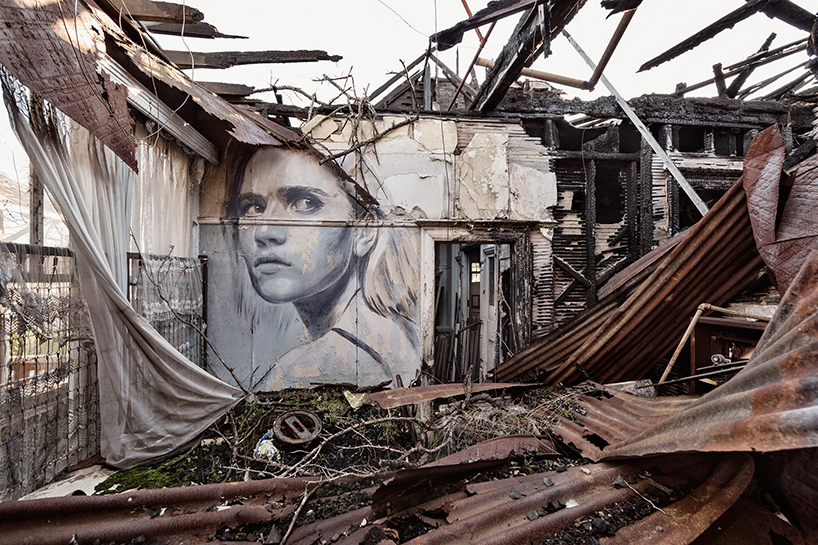 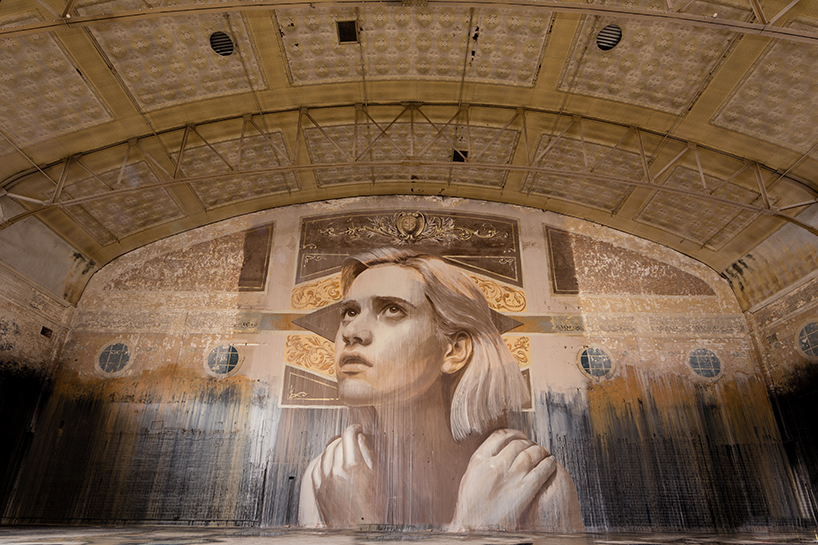 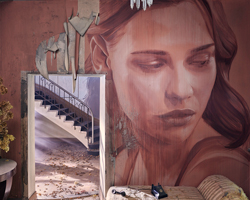 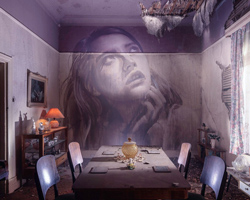 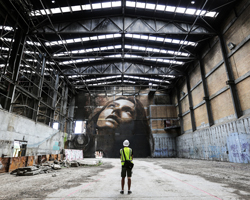 Mar 16, 2017
rone paints colossal portraits of women inside a paper mill days before its demolition