‘sunbeamtype’ by ruslan khasanov, 2012 all images courtesy the artist

designboom has spoken with designer ruslan khasanov of his newest hand-crafted typography project ‘sunbeam type’. khasanov, based in ekaterinburg, russia, has developed an entirely sunlight-formed typeface, shaped through the dispersion of light. this phenomenon is most commonly observed in the occurrence of a rainbow, displaying the spatial separation of white light into the differing wavelengths– resulting in a notable variation in color.

in order to harness this light effect, khasanov first experimented with glass and mirrors as he added water to these reflective media in an effort to create the glittered, rainbow alphabet. in the initial ‘sunbeamtype’ explorations, the designer achieved interesting effects, although he realized he had not quite tapped into the potential for what he had envisioned as a radiant, sunbeam typeface. khasanov tells designboom, ‘I thought of the light dispersion phenomenon (the splitting of the white light into a rainbow). all I needed was to deflect the light by transparent refracting mediums. I’ve used gel by dabbing on a glass and then I draw the letters on with a clean brush. all I had to do was to bring that glass to the sunbeam and to reflect letters by a lens on the background.’ by re-determining the angle and a distance from which the digital camera was positioned to the piece of glass with gel-scrawled type, the designer was able to achieve a fascinating trick of light. it was due to this subtle shift in materials and method that the designer was able to document his sun-formed font. 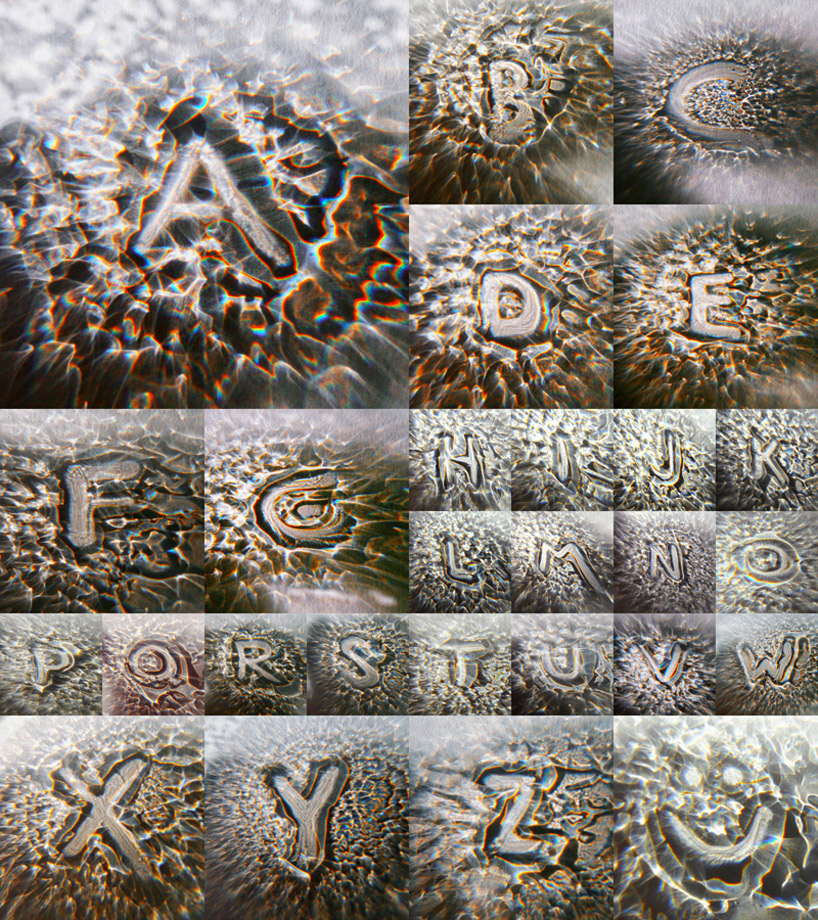 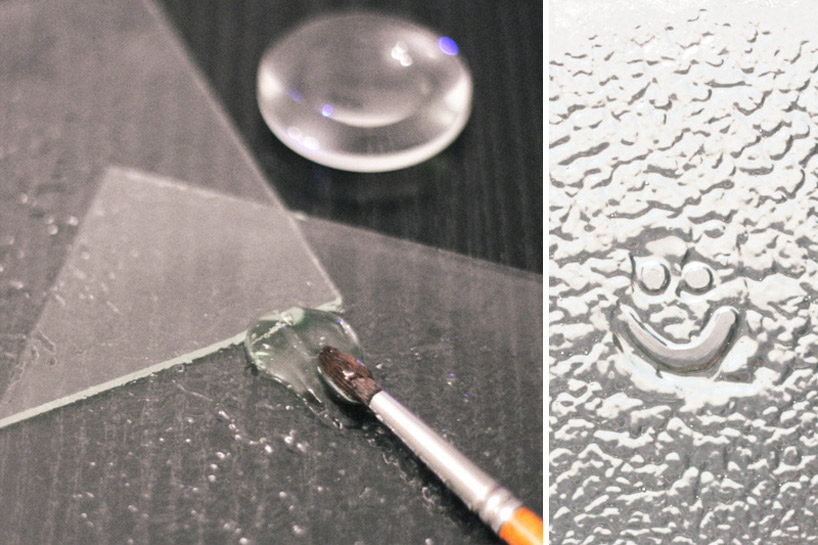 with a clean brush painting gel onto mirrors and glass, the designer was able to craft ‘sunbeamtype’ 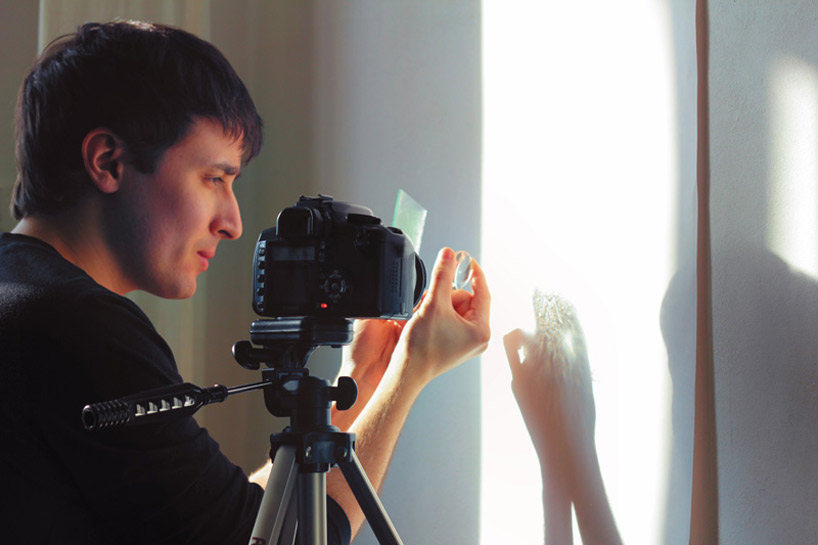 the designer documents the sun-formed character 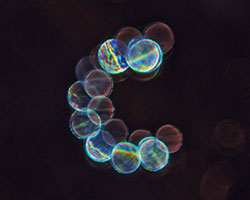