the lewis center for the arts at princeton university presents natural and conventional signs, an exhibition by UK artist ryan gander. showcasing a selection of new works guided by his research at princeton as a hodder fellow and made during a period of reflection while the world paused amidst the COVID-19 pandemic, the show presents viewers with a duality in meaning and utility. the pieces subvert the signs, commonplaces and markers from our everydayness, shining new light on how we position ourselves in relation to the values of time, money, opportunity, attention and privilege. 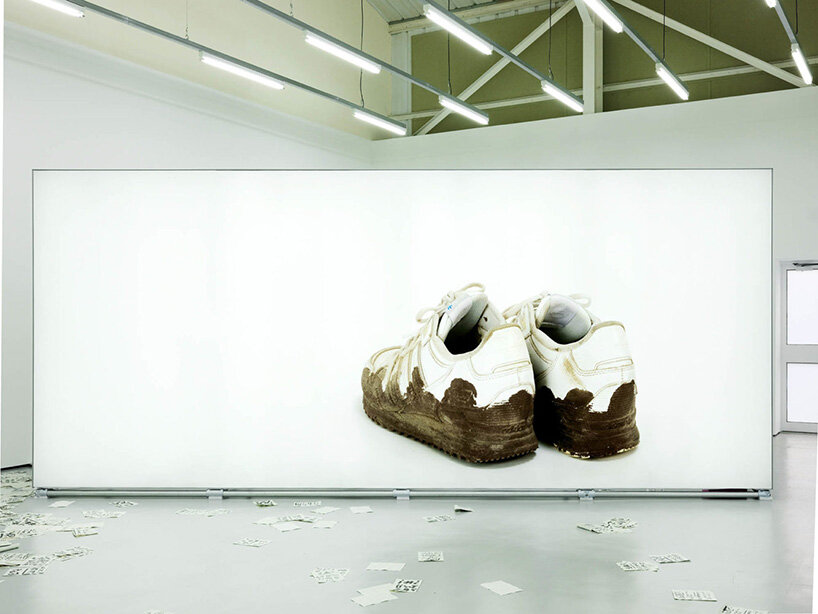 ‘I’ve become a little obsessed with the idea that the world can be divided into ‘those things that naturally convey meaning’ and ‘those things that are made to convey meaning’,’ gander explains. ‘I guess that is what maurice merleau-ponty meant by ‘primary and secondary modes of expression’. almost all art—perhaps with the exception of outsider art—is made of conventional signs, not natural ones. for me, the phenomenon of finding natural signs outside the safety of a gallery by happenstance—like a discarded bus ticket, a waning moon, footprints in the snow—is often a more memorable and significant experience than those I am fed and manipulated by, which we might find charged by the white spaces of the institutions of art. as we navigate the world we miss so much, there are endless flashes of magnificent provocations, but we have to look.’ 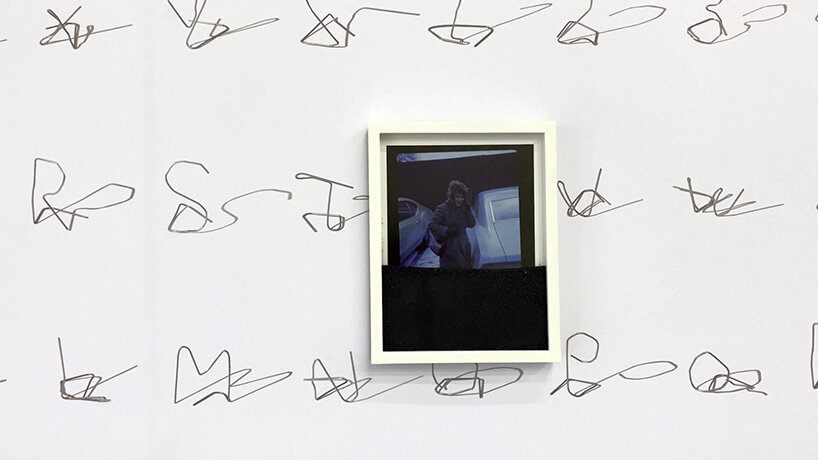 the natural and conventional signs exhibition by ryan gander was originally planned to take place on  princeton’s campus, but was moved to the artist’s contemporary art space solid haus in suffolk. because of the current restrictions, the exhibition is now completely virtual. works include a motion-activated ticket machine that programs unique, computer-generated GPS coordinates; protest leaflets with illegible political messages thrown around the floor; a donation box filled with dollar bills folded into five-point stars; and a massive billboard displaying an image of adidas sneakers which visitors find out were worn by omar ruvalcaba during september 2017 in the aftermath of the mexico city earthquake among others. 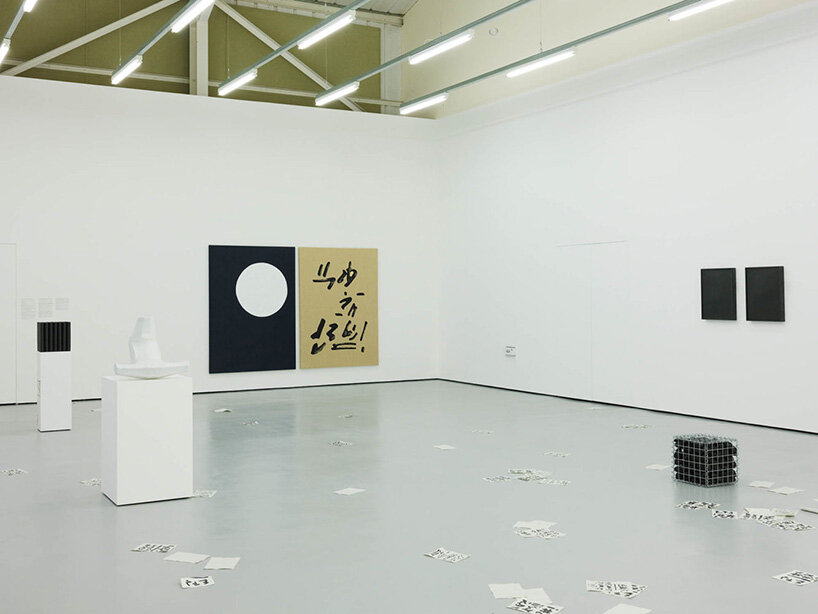 ‘through associative thought processes that connect the everyday and the esoteric, the overlooked and the commonplace, gander’s work involves a questioning of language and knowledge, as well as a reinvention of both the modes of appearance and the creation of an artwork,’ says the official release. ‘his work can be reminiscent of a puzzle, or a network with multiple connections and the fragments of an embedded story, encouraging viewers to make their own associations and invent their own narrative in order to unravel the complexities staged by the artist.’ 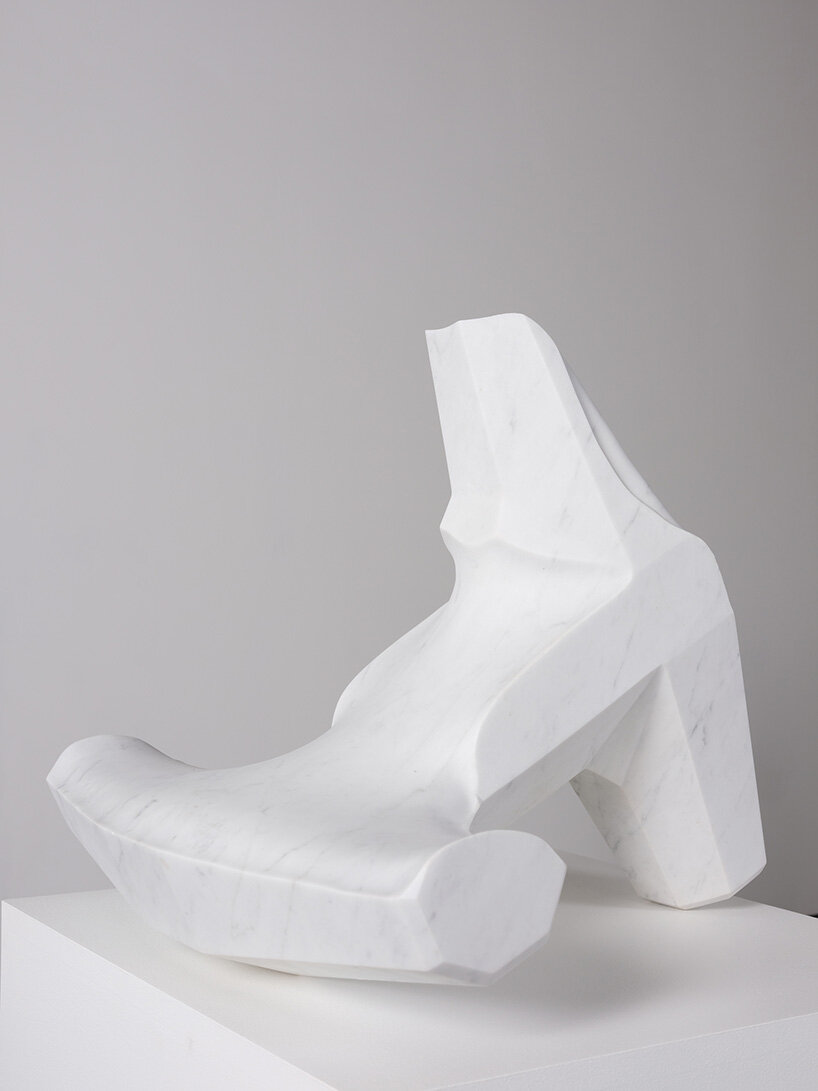 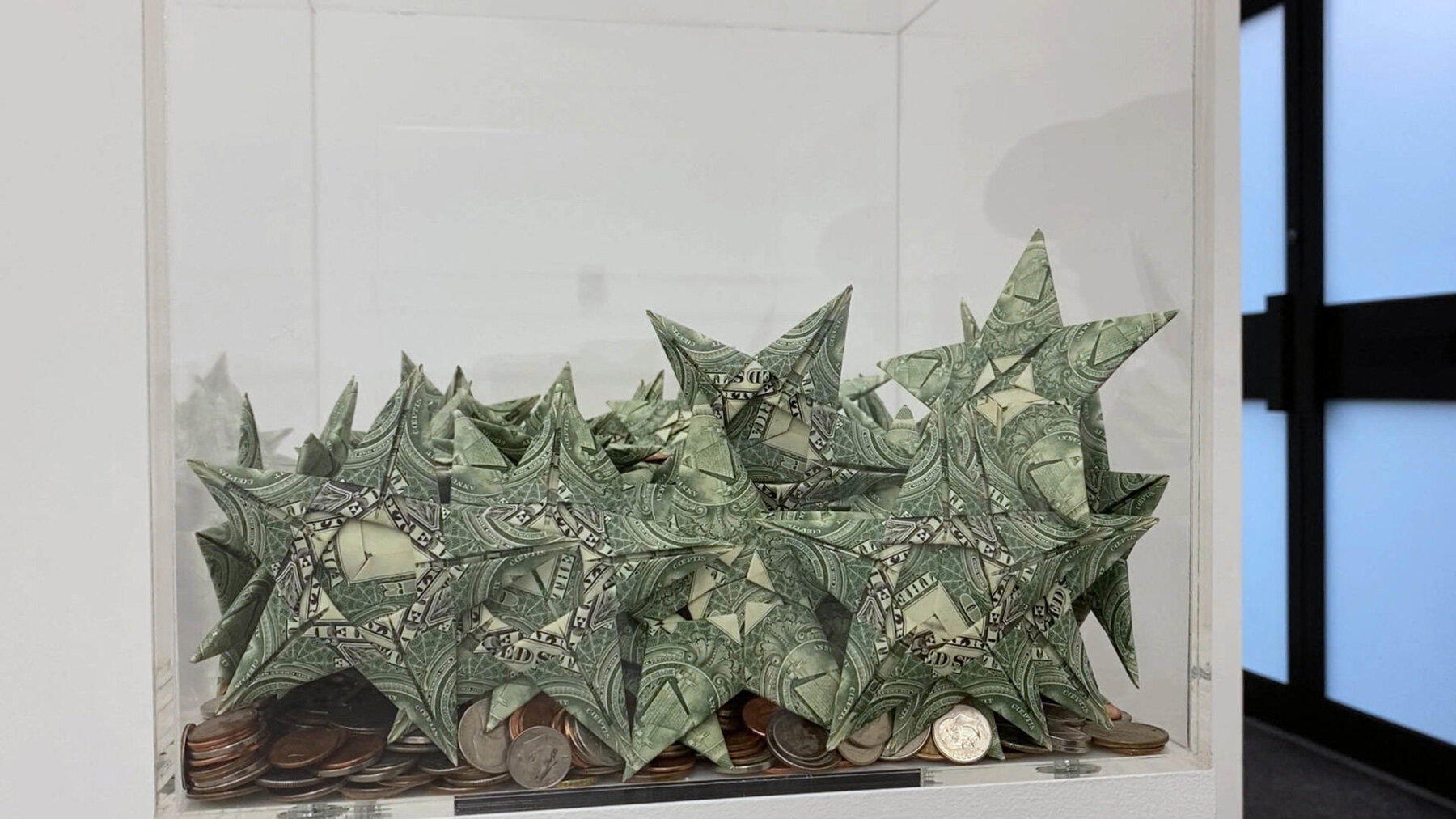 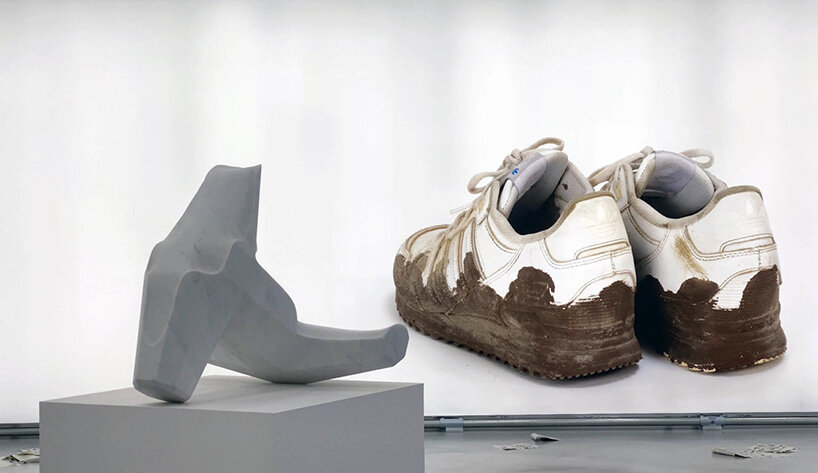 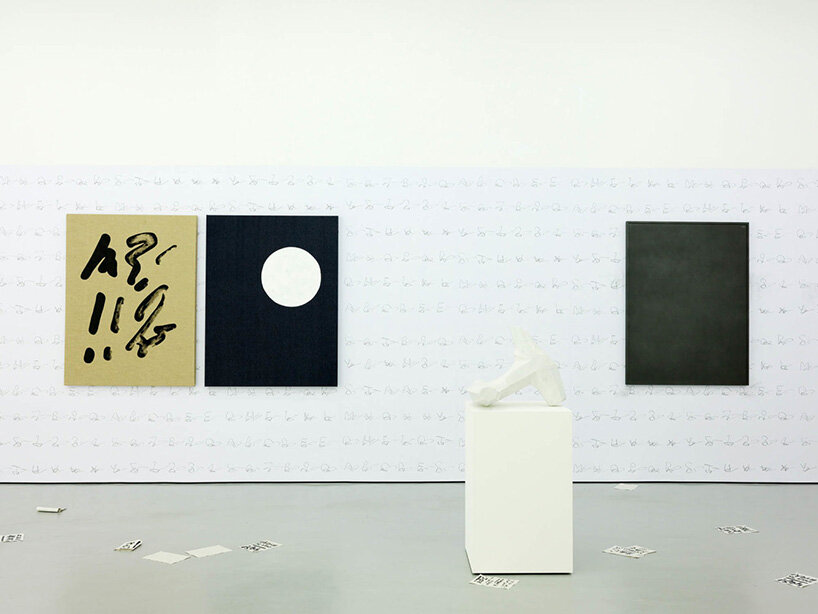 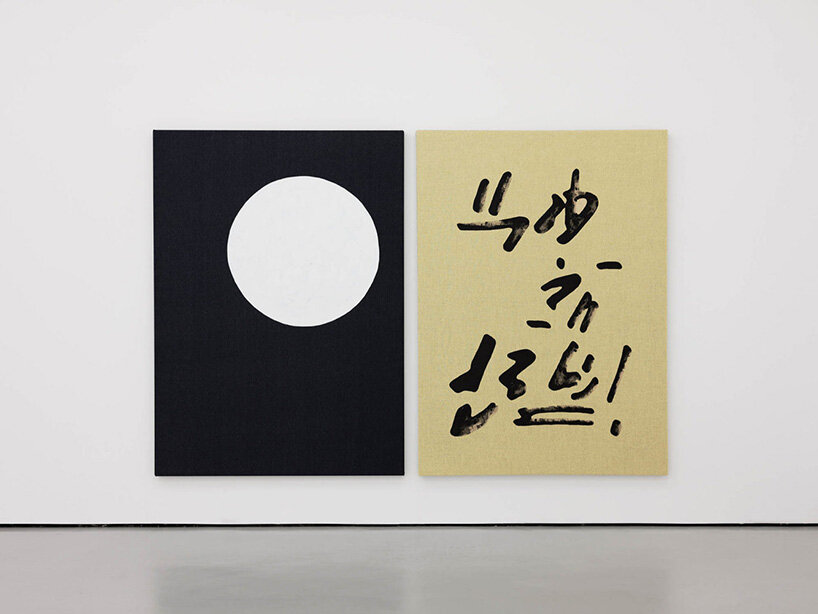 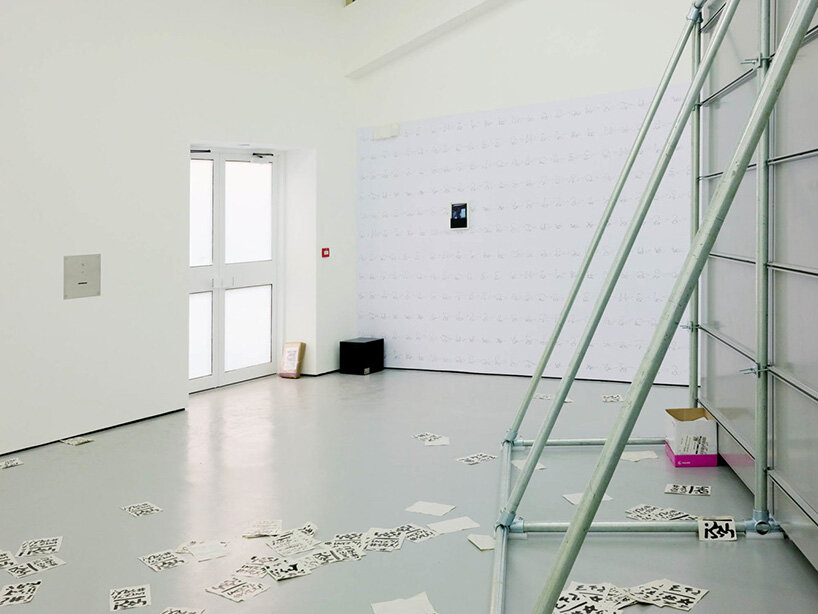 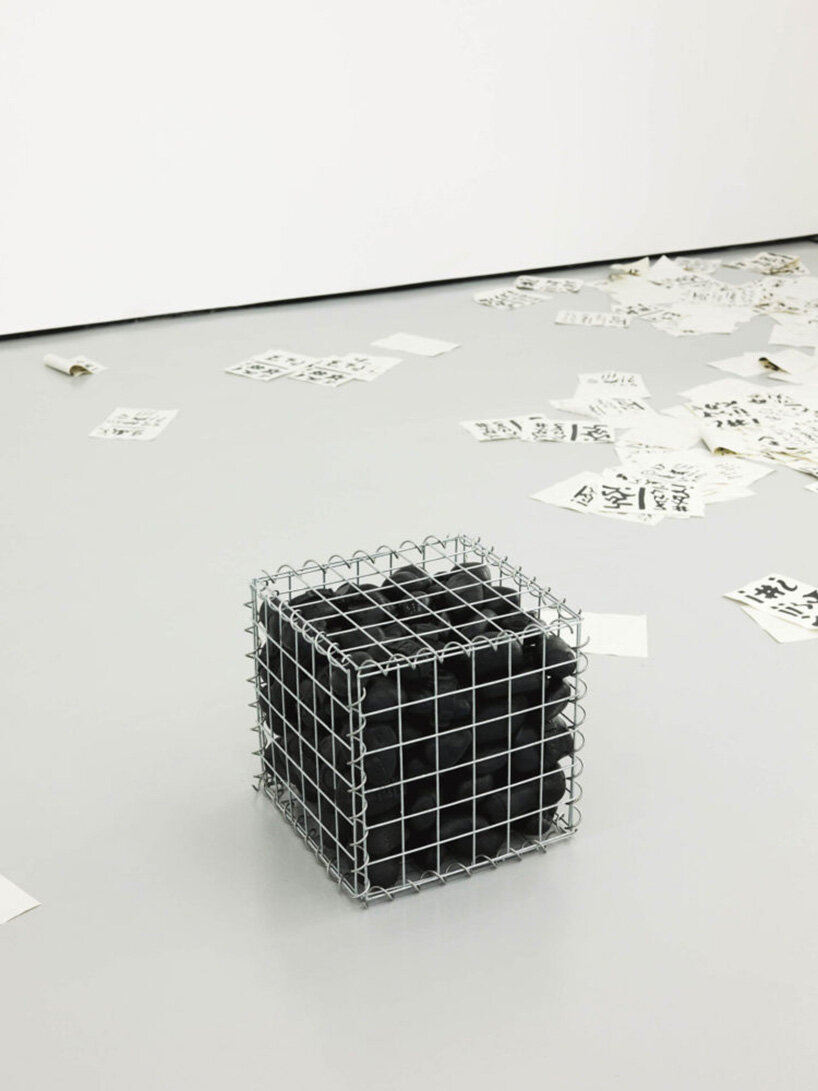 where: exhibition video on-demand at arts.princeton.edu/gander 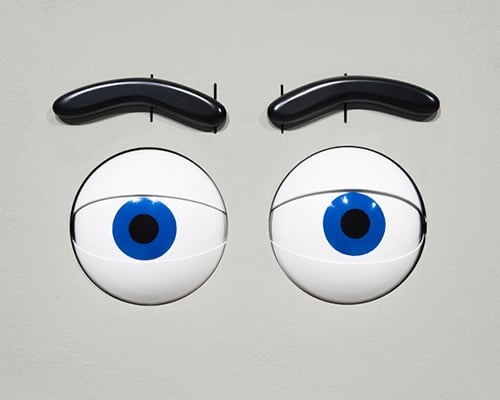 Aug 22, 2014
'make every show like it's your last' ryan gander at manchester art gallery 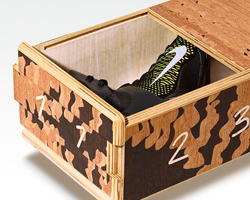