ryan todd is a london-based artist and designer whose work is bold, colorful and humorous. he co-runs the independent publishing collective, duke press and is also a member of OPEN.

DB: please could you tell us briefly about how you came to develop your style?
RT: since studying graphic design at university, I have always been interested in the visual language of signs and symbols. essentially, my work finds those existing pieces of language and manipulates them; taking something everyday that people have seen a thousand times and modifying them so they function in an unexpected way. reducing an image to its simplest form clarifies the message and allows the person viewing it to read the image like they would a sentence or a joke. 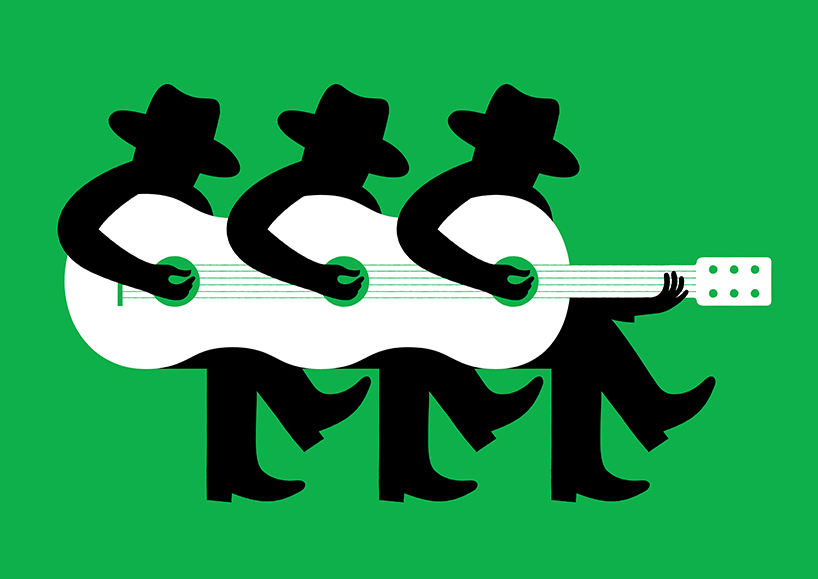 DB: how do you see your work evolving, and what has been the evolution so far?
RT: I recently started to develop my work into 3D and moving image. I love the process of trying to translate my ideas into these formats; carrying the voice that characterises my flat work through into something you can pick up or see move. 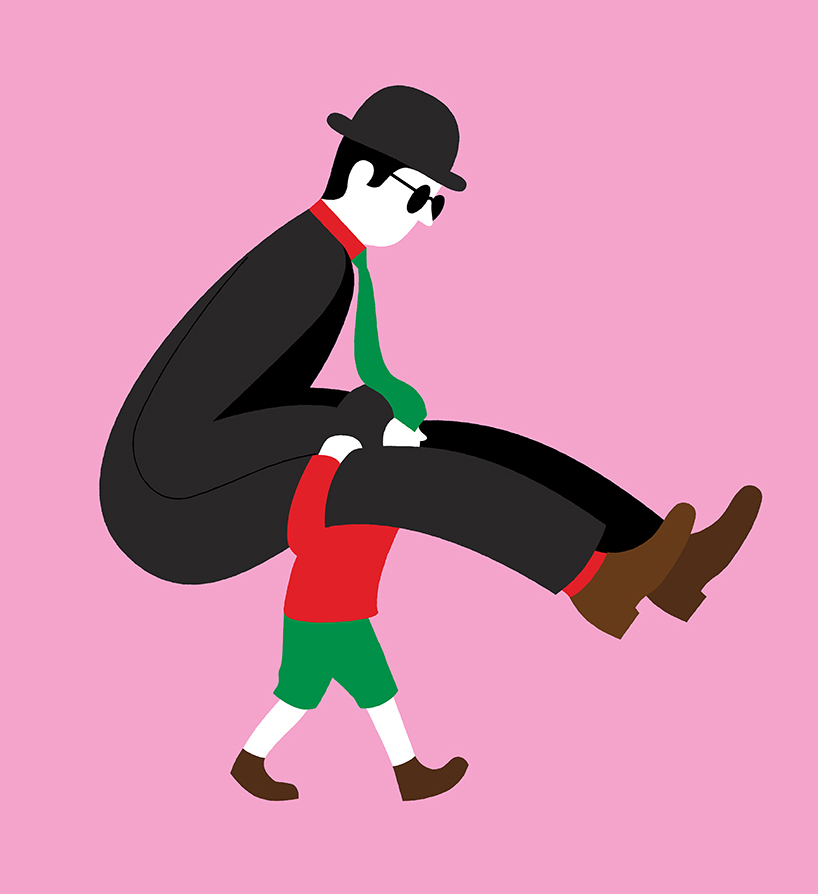 DB: what has been your most challenging brief to date?
an animation project I worked on recently which involved art directing and shooting a series of animated sets. each set had different models and moving elements. I had never directed a film nor built elaborate sets before so it was a big learning curve. as stressful as they can be, I find that the projects that push me out of my comfort zone are always the most rewarding.

DB: do you ever animate your work often? is it something you’d like to do more?
RT: I’ve only recently started. for the promotional teaser made to promote my first solo show at kemistry gallery in london, I worked with sebastien baptista to film and animate a series of clips where my illustrations we’re tracked onto moving elements in the film. they remained flat graphics but existed in a real world. its got me really excited about working with moving image and I’ve just been commissioned to art direct my first commercial off the back of the that promo which is great. 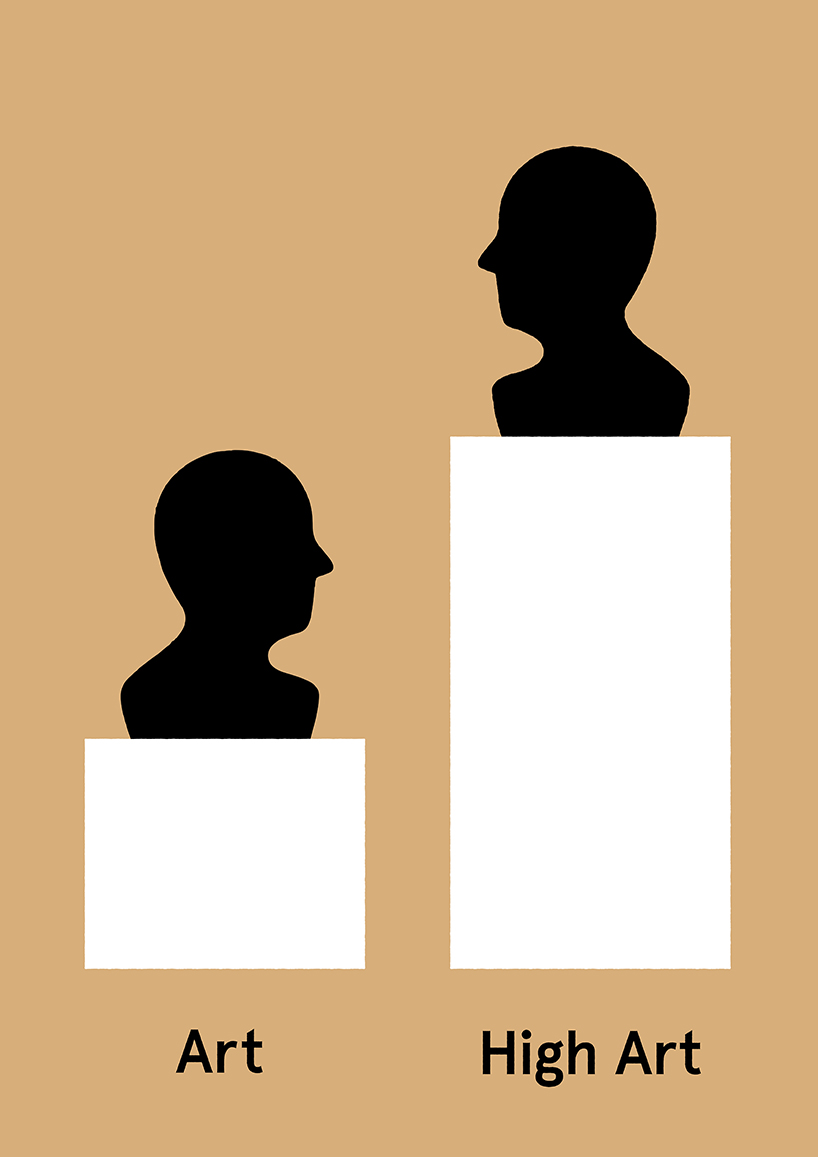 DB: what are the main differences between art and illustration for you?
RT: it certainly is a grey area and there are a lot of practitioners, like myself, who have their fingers in both pies. saying that, I think the main difference between art and illustration is the reason something is produced. the purpose of illustration is normally to illuminate other content, whether that be an article in a magazine, a product that is being advertised. when the purpose of generating the work becomes about expressing a stand alone idea or notion and less about enhancing another piece of content, I think it starts to exist as a piece of art. 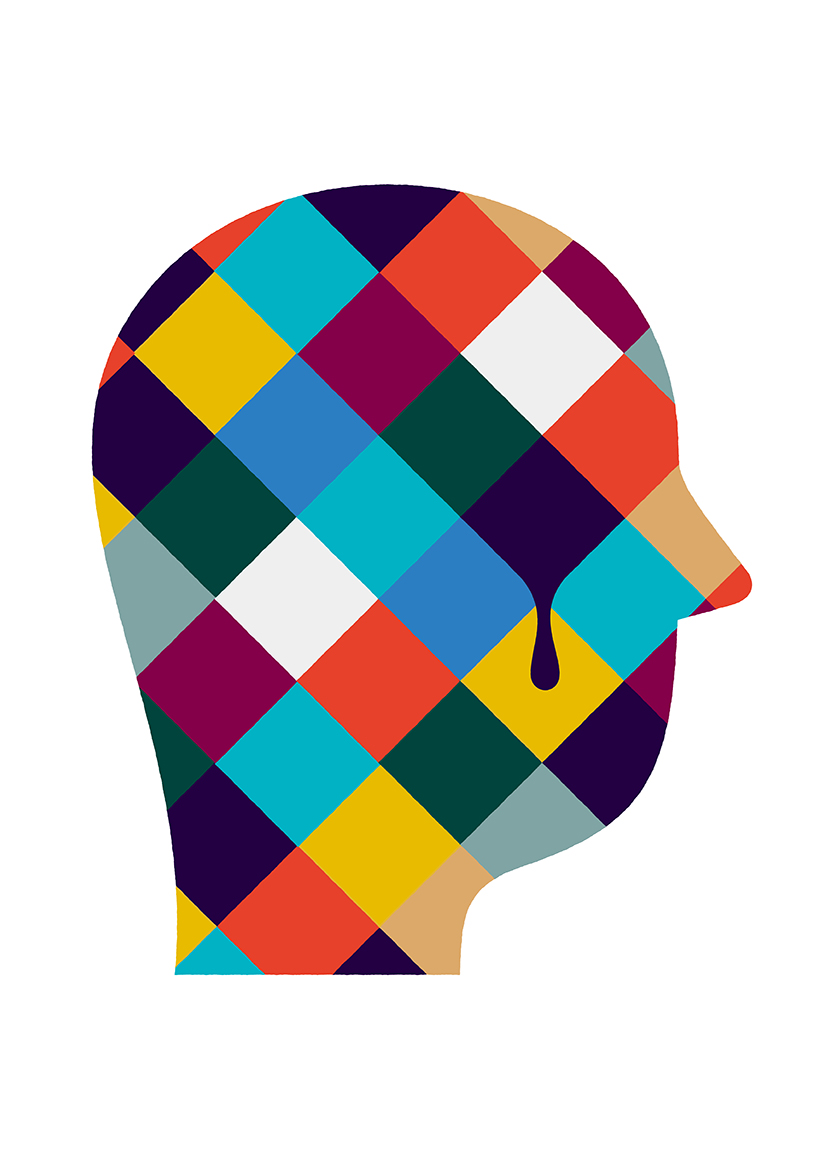 DB: who or what has influenced your work the most?
RT: easy answer. edward de bono. while I was studying at university I read or more accurately ‘used’ one of his books which completely changed the way I came up with ideas. from that point I started reading more and more about creative thinking and the production of new ideas which has massively informed the way I work today. I’ve now developed my own processes and frameworks for generating ideas which acts like a mental tool kit that I can take and use anywhere. this way of thinking is what makes my work what it is. 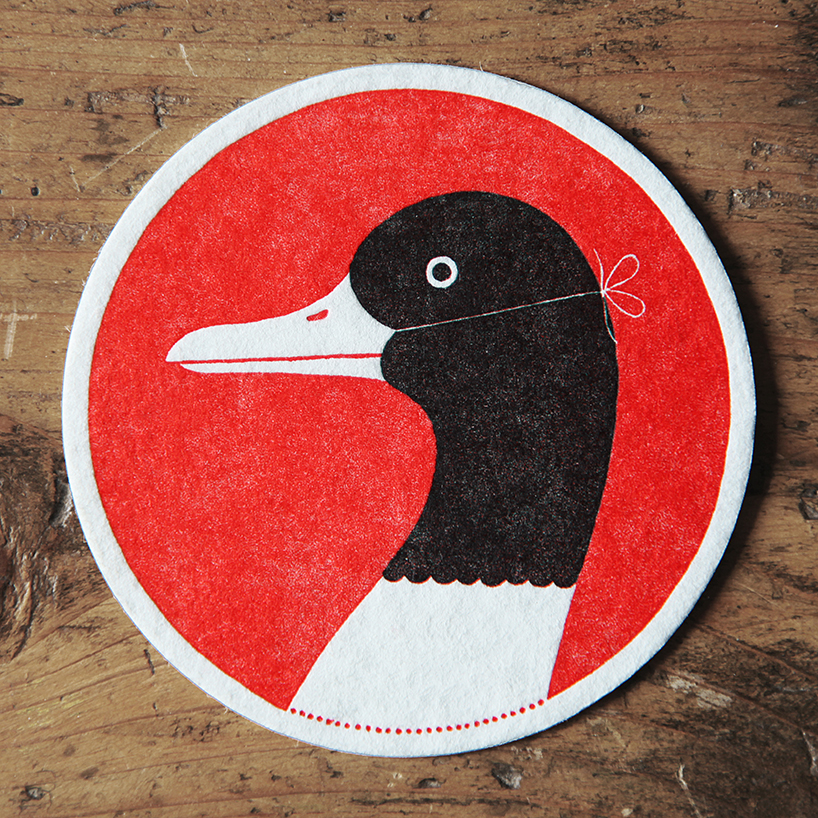 DB: how do you think the popularity of online design resources has influenced the work being produced today?
RT: people are much more visually aware. viewers are introduced to practitioners and projects that they may never had come across otherwise. a big advantage of this awareness is that artists and designers are able to be much more independent with regards to promoting something they have worked on.

the only worry I have is that some people may substitute visiting a gallery, museum, library, market or such with looking at stuff online. its in these physical places that I’ve stumbled across some of my most interesting and unexpected references and in turn come up with some of my best ideas. there is also a concern that if everyone uses the same resources too much that their work may become homogenous.

for me the online design resources that pose questions and encourage dialogue as much as showcase work are the ones that benefit people the most. 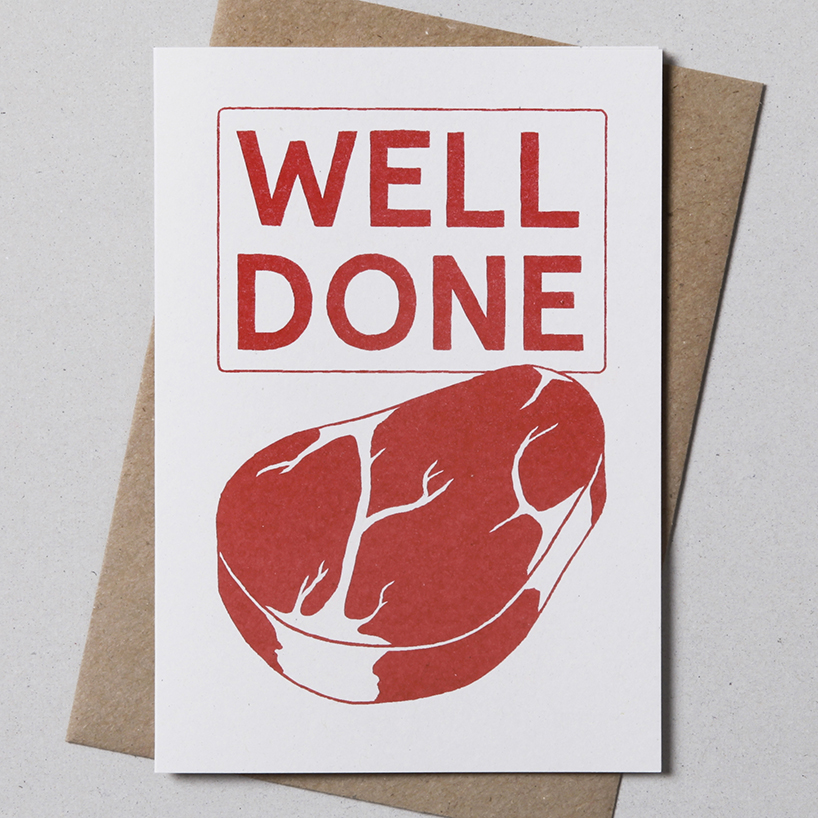 DB: besides your professional work – what do you have a passion for?
RT: I’m a huge basketball fan. there aren’t as many of us this side of atlantic but its definitely a real passion. I’m a lot less fit than I was as a kid but frequently head down to the courts and play ball with the locals. one of the nicest things about playing is getting to meet people I would’ve never usually meet. as a designer in east london, the people meet, work with and hang out with normally share the same interests, head to the same pubs and watch the same movies as I do. as much as I love my mates, its great to shoot some hoops with a bunch of people that often have nothing in common with me other than the game we’re playing. 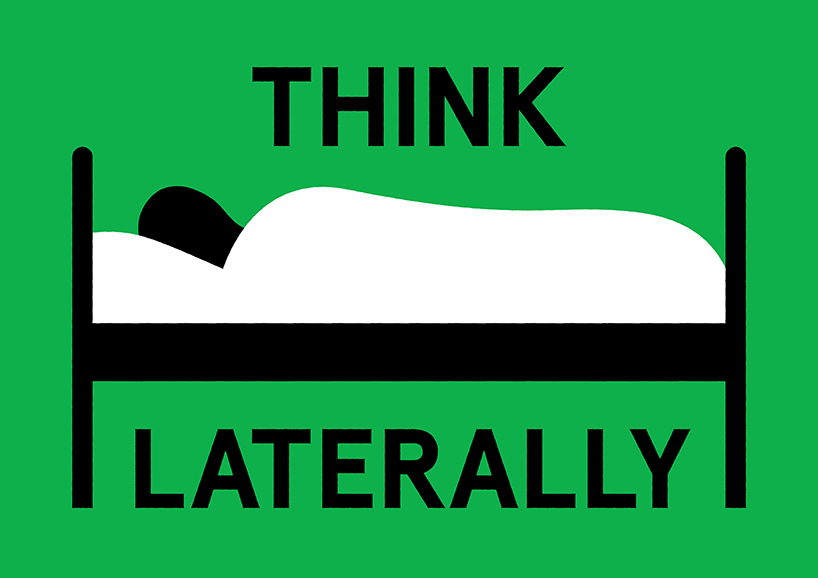 DB: what is the best piece of advice you have ever been given?
RT: there is something my dad used to say to me. I can’t remember the exact wording but it was something like ‘look at things as they can be, not as they are.’ I’m pretty sure he meant it to encourage me to see good in everything and everyone, which I love and try to do. but I also love the opportunity it creates; the idea that everything is packed with possibilities to change or improve. this sentiment of encouraging people to change the way they look at something is precisely what characterises my work.

DB: what is the worst piece of advice you have ever been given?
RT: I went to an interview at a design agency not long before leaving university and after showing my portfolio was told to choose a discipline and stick to it. the multidisciplinary approach i had towards my work was why I enjoyed it so much and being open to different disciplines and processes has had a incredibly positive impact in shaping what I do today. breaking boundaries between disciplines is always hard work as people like to pigeon hole you professionally. rather than advise people to specialise I’d advise them to learn how to sell themselves and their talents.