following the huge popularity of his ‘super flemish’ series — previously featured by designboom last year — french photographer sacha goldberger extends the collection with ‘family portraits’ set in the same style. the originals featured physical mash-ups of modern-day villains and heroes with 17th century portraiture techniques. as a result of a collective effort of over 110 collaborators — including look-alike models and costume makers, goldberger dressed a selection of solo figures in intricately crafted costumes reimagined to suit traditional flemish requirements.

his recent addition to the series sees the figures featured not as individuals, standing alone against a shadowy backdrop, but rather as ‘families’ of fictional characters. the re-appropriated batman, robin and joker appear together in a single frame; captain america, wonder woman and superman stand beside each other in almost-matching red, white, and blue attire; princess leia and han solo are pictured as husband and wife. 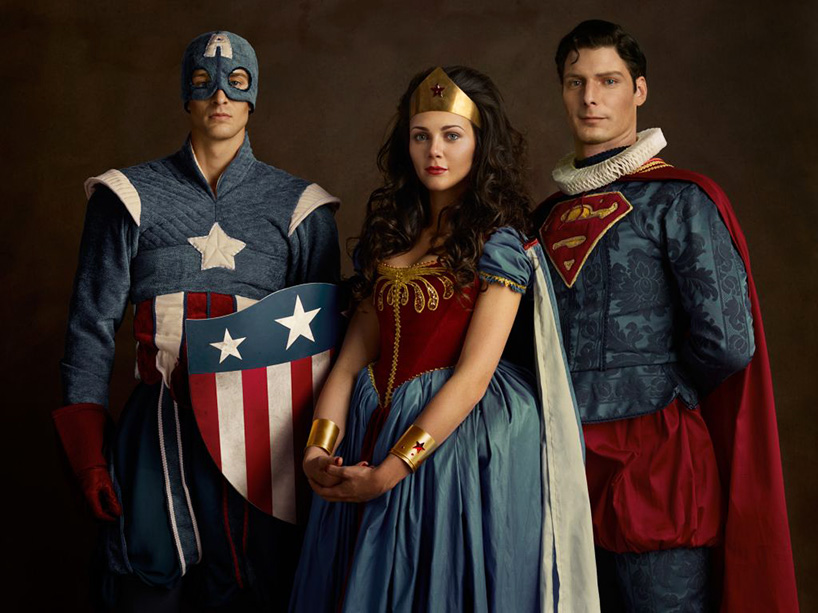 captain america, wonder woman and superman stand beside each other in red, white, and blue attire 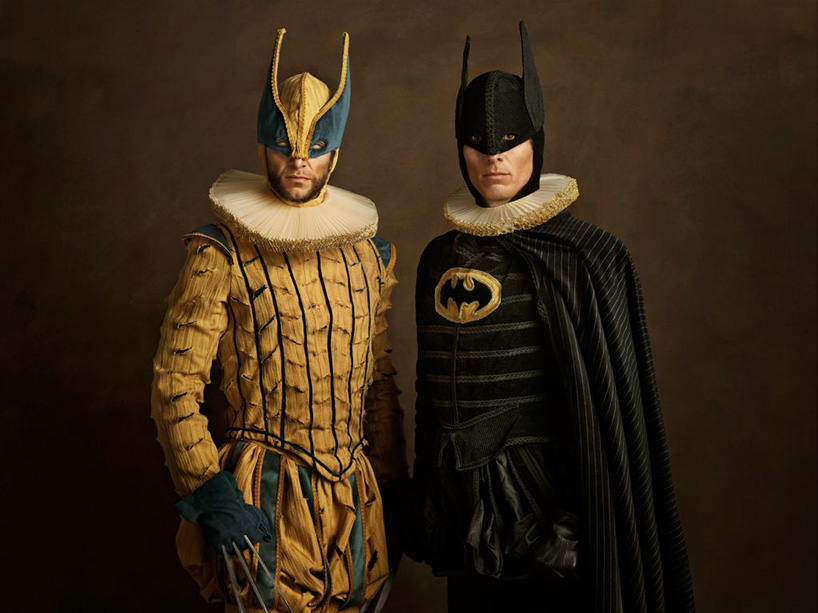 the flemish wolverine and batman pose in the same photo 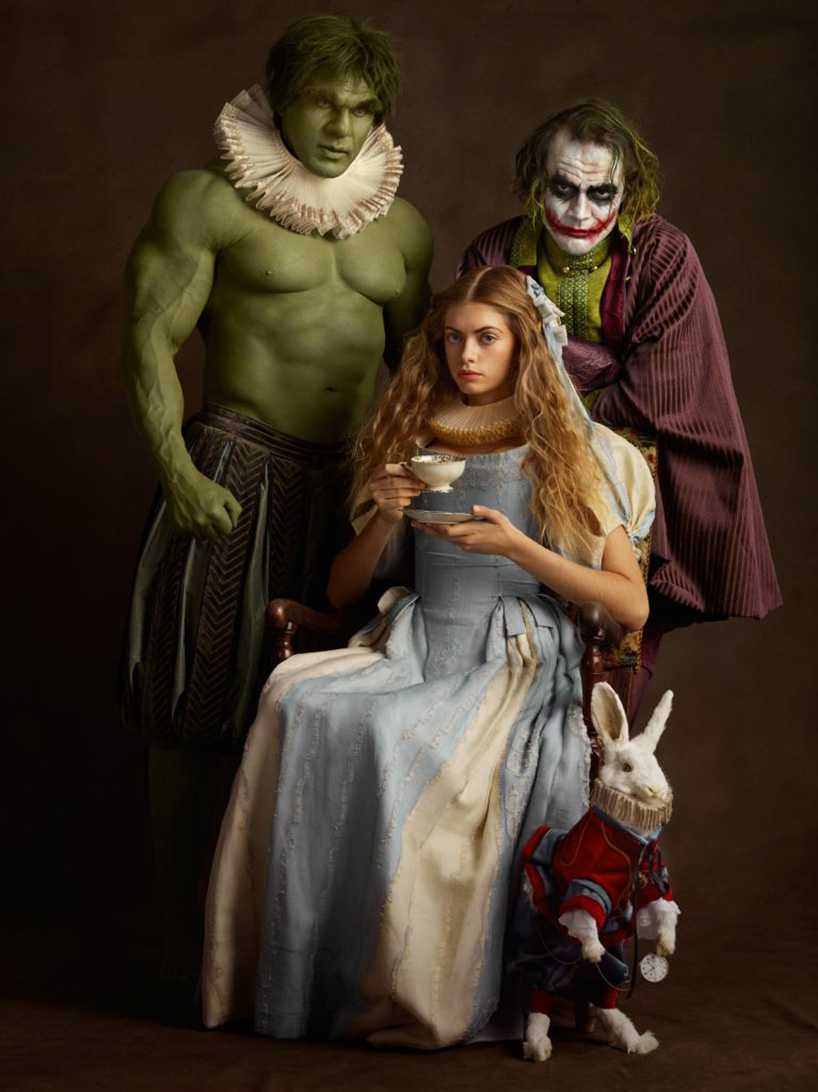 three unlikely friends come together for the family photo 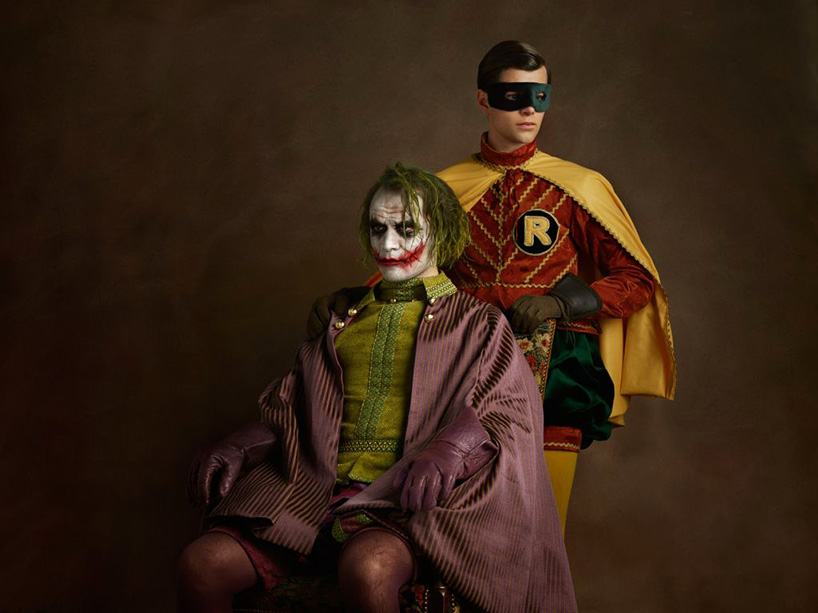 the joker and robin pose for a photo 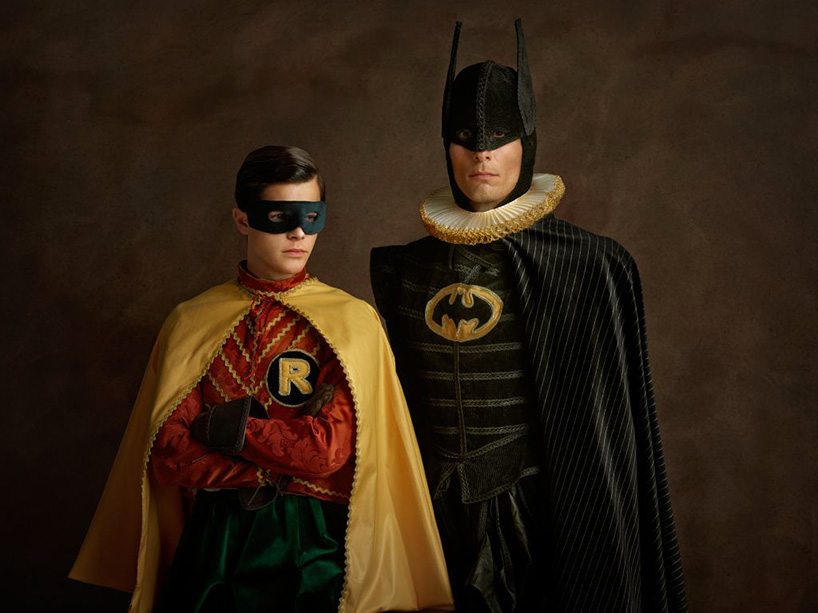 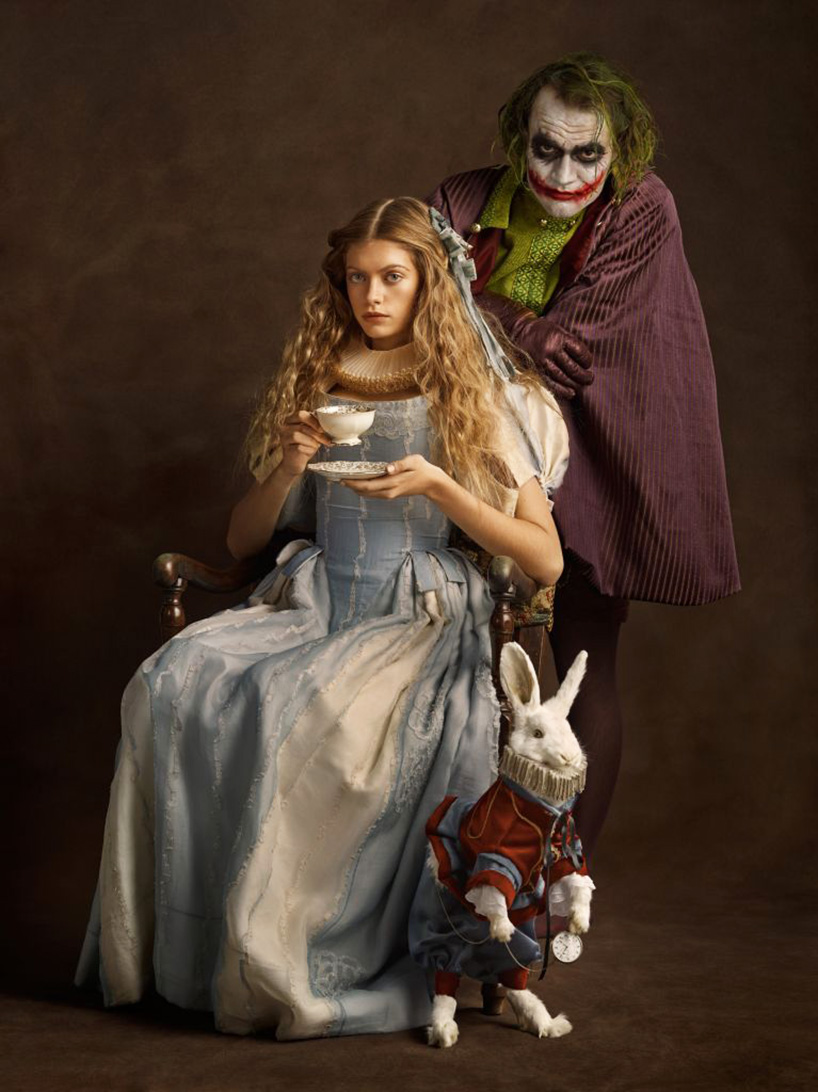 the joker eerily lurks behind alice, from alice and wonderland 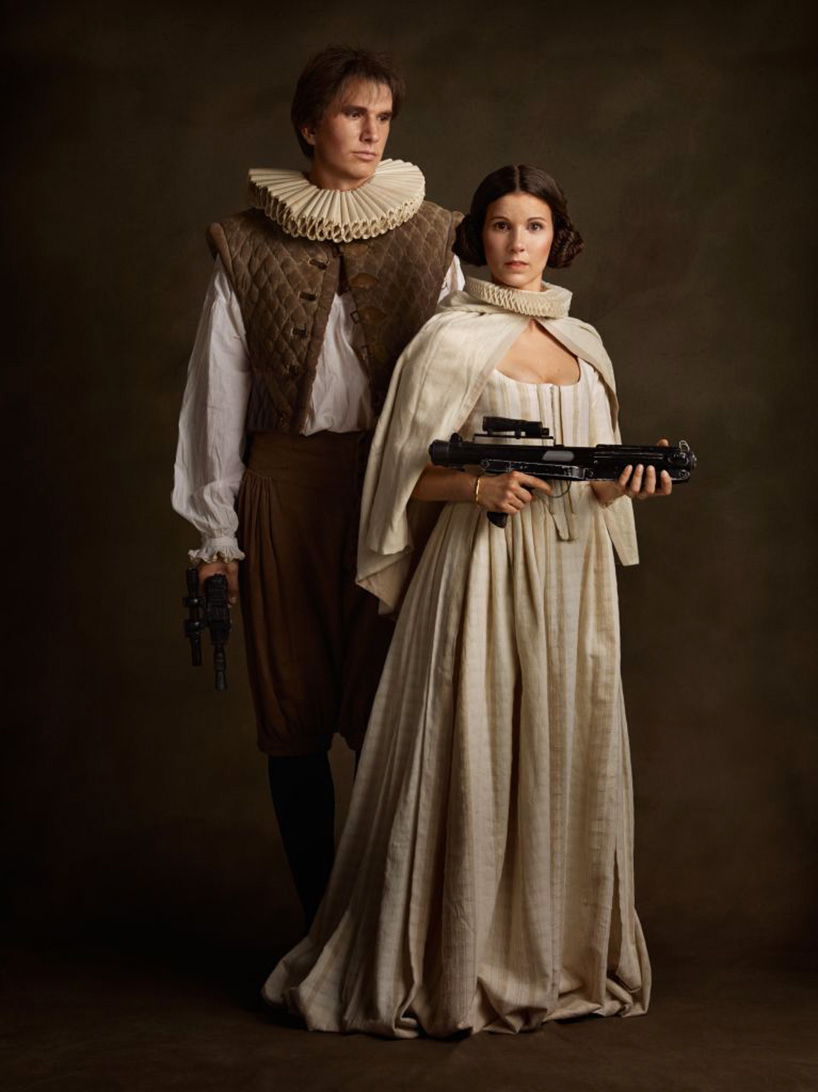