a deck of themed-tarot cards designed by salvador dalí are being re-released by taschen. the spanish surrealist was originally commissioned by producer american film producer albert r. broccoli to design the set of cards for 1973 james bond movie ‘live and let die.’ 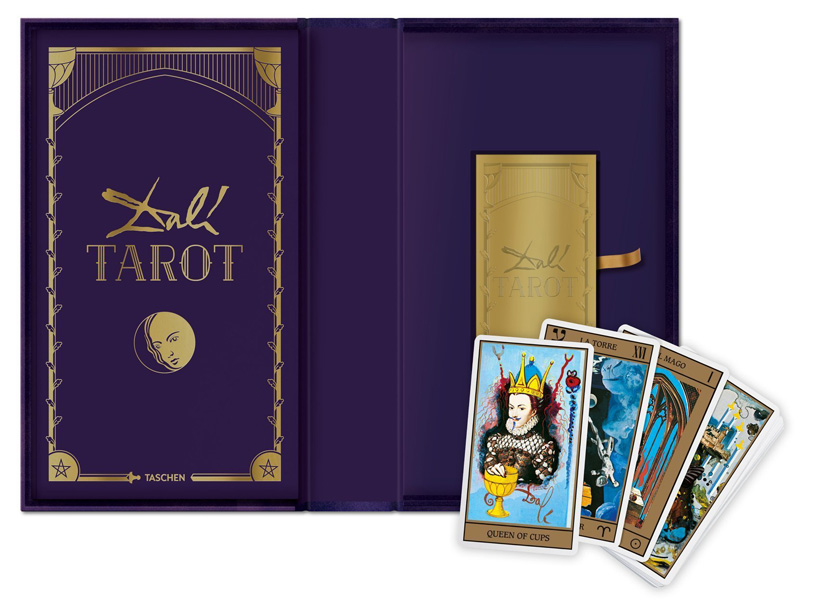 according to rumor, dalí accepted the offer inspired by his wife gala, who nurtured his interest in mysticism. when the contract fell through due to the artist’s fee being too high, dalí was replaced by a much more affordable artist named fergus hall, whose tarot of the witches card appeared in the final film. 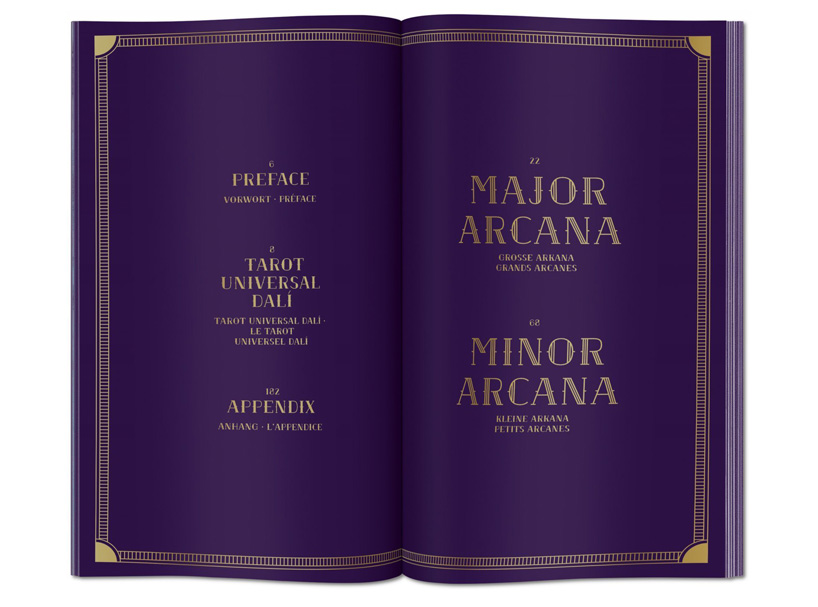 nevertheless, dalí continued to work on the project of his own accord, eventually offering the finished deck for sale in 1984. it came with a companion book that detailed their making and included instructions on how to use the cards. 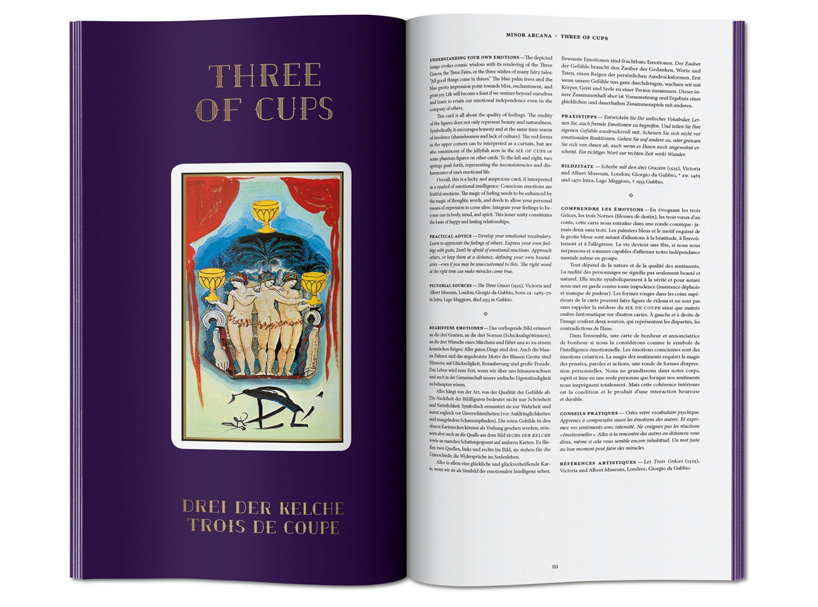 the deck’s 78 cards drawing on western masterpieces from antiquity to modernity, including some of the artist’s own. dalí’s ten of swords card backstabbing uses a depiction of the assassination of julius caesar to represent betrayal, and the queen of cups — who represents a mature female figure — is dressed with a goatee and moustache. meanwhile, dali features himself posing as the magician while his wife appears as the empress. 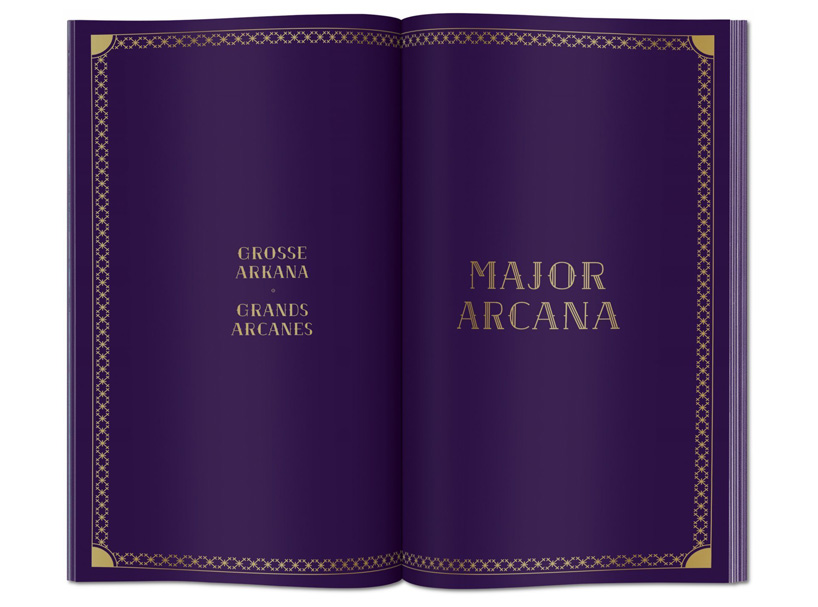 now, dalí’s tarot cards are available in a new production run by taschen books. the art publisher is releasing the deck, along with an instructional book that dalí made to accompany it, on novermber 15, 2019. it is available to preorder on the taschen website. 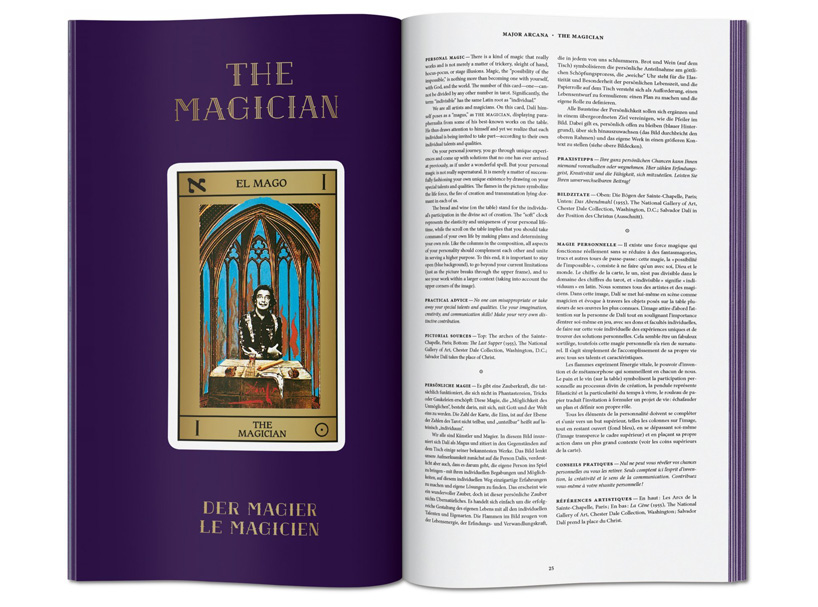 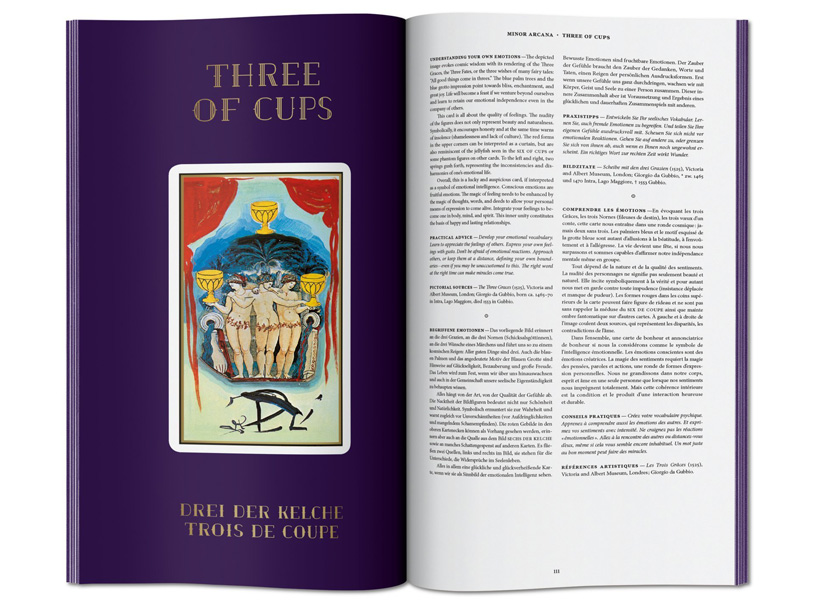 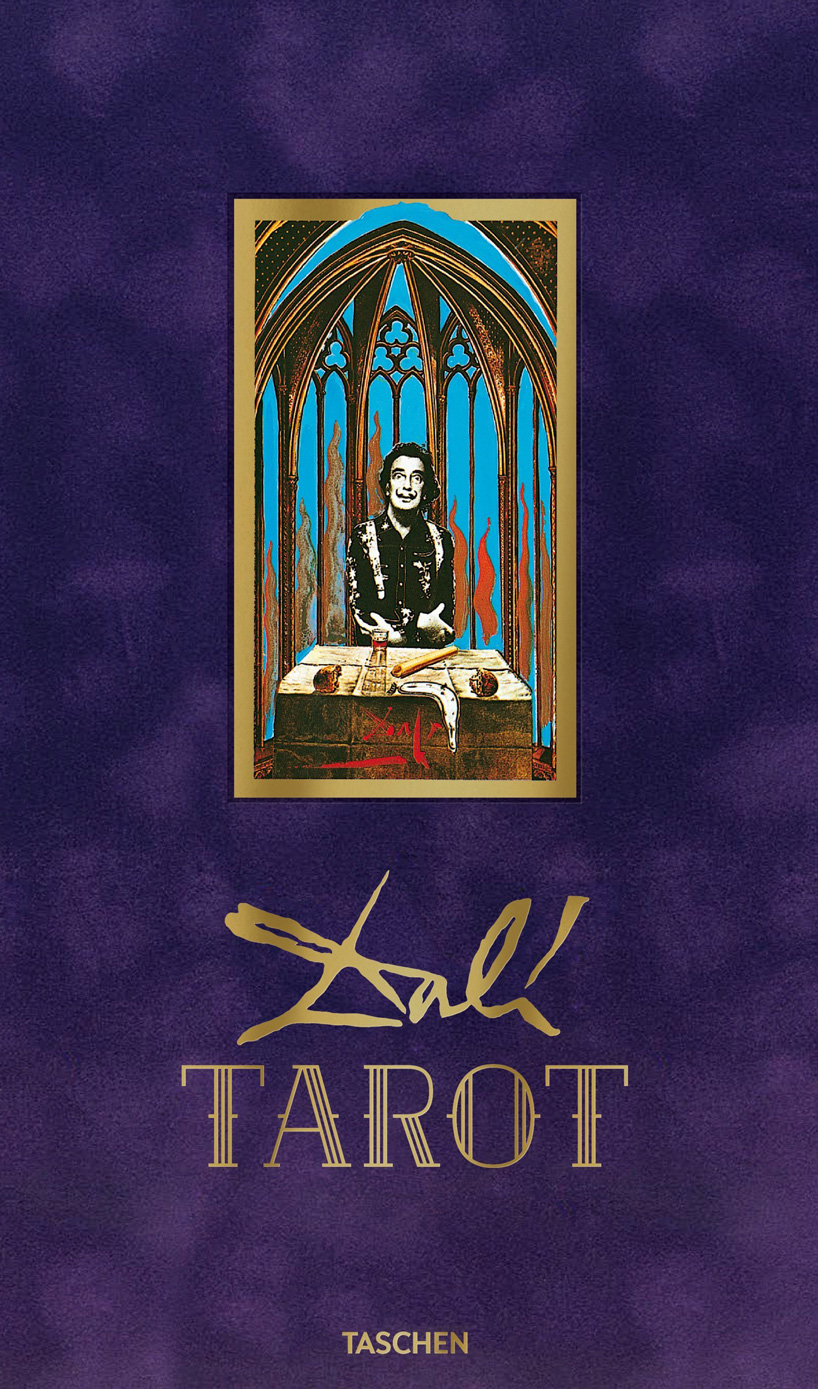 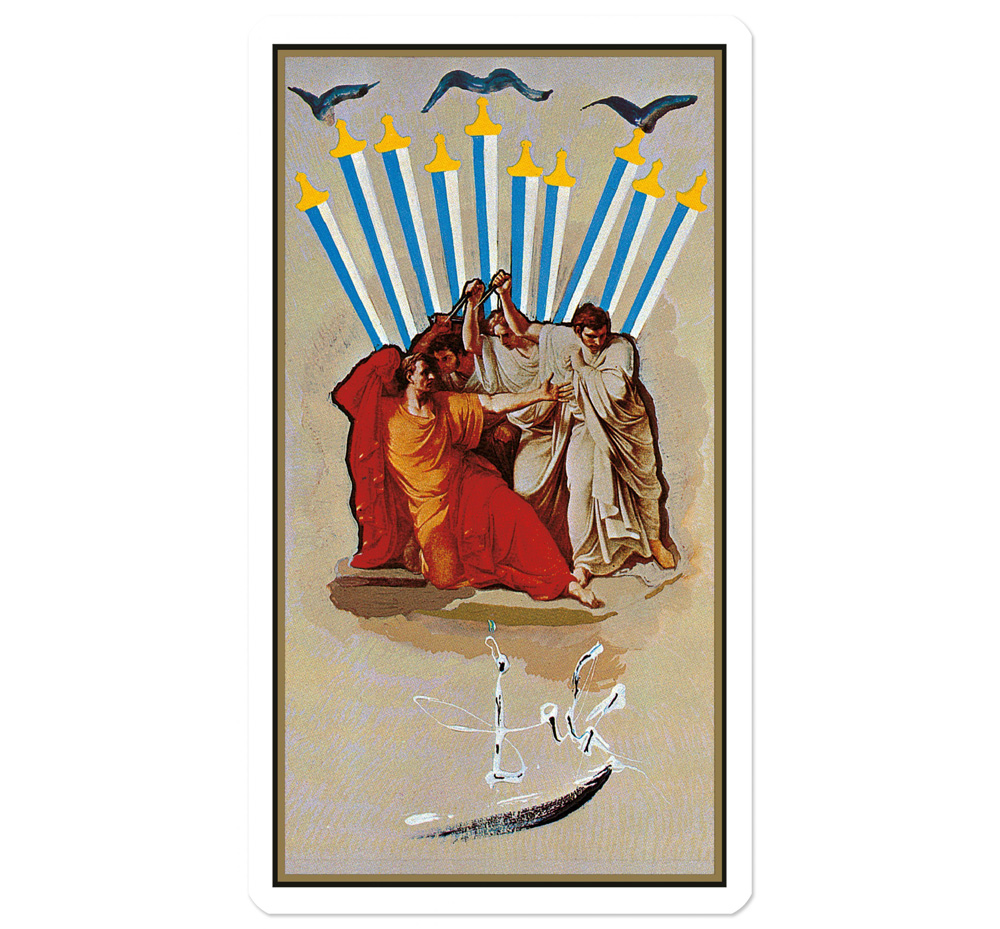 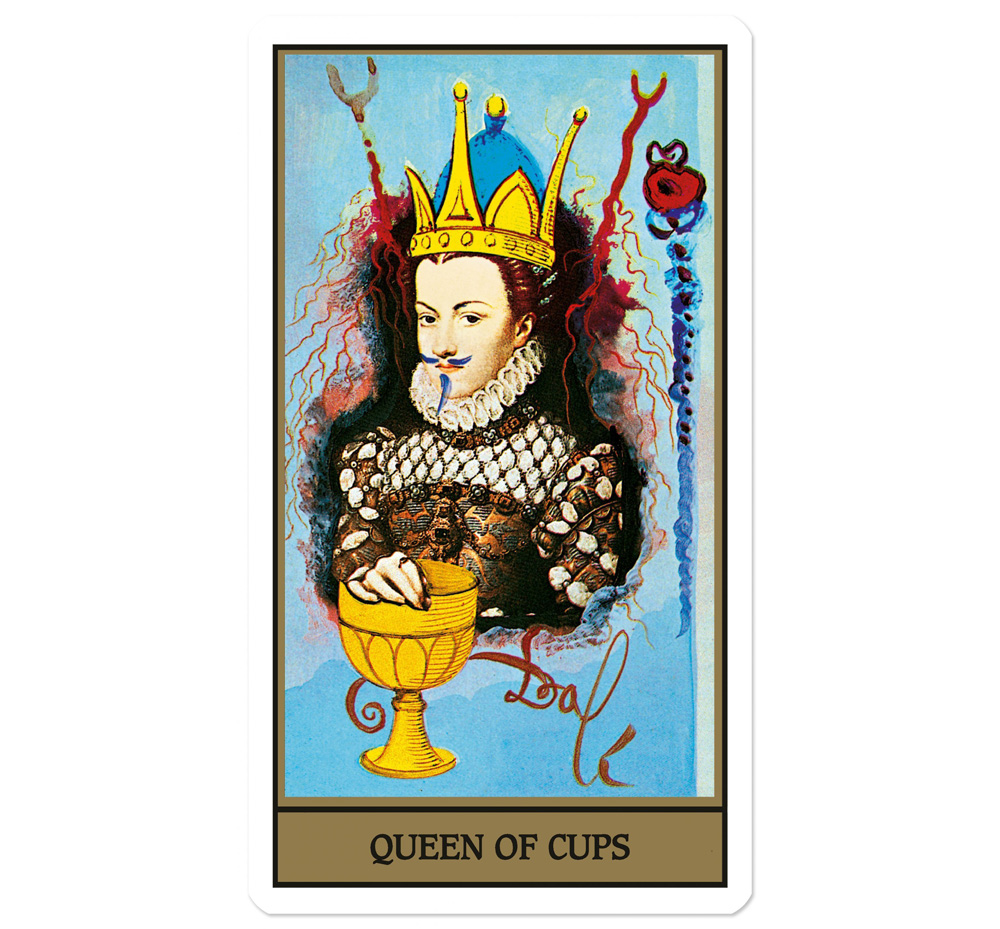 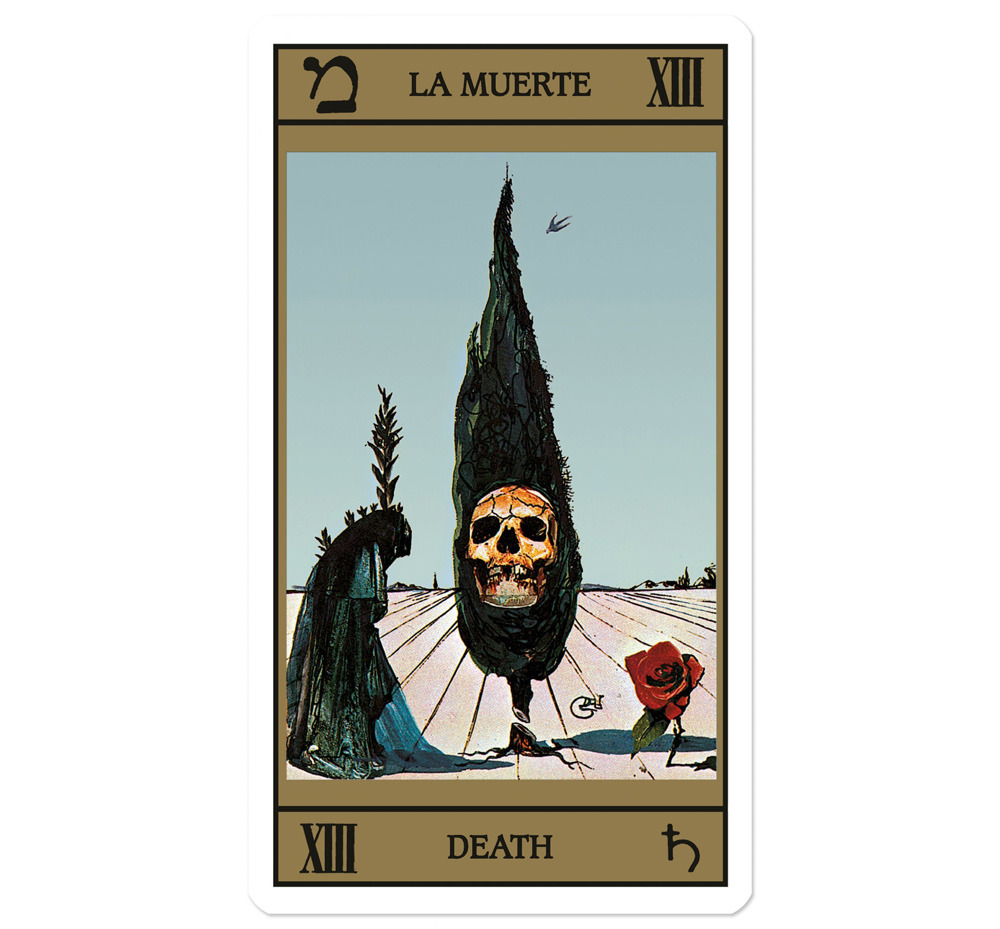 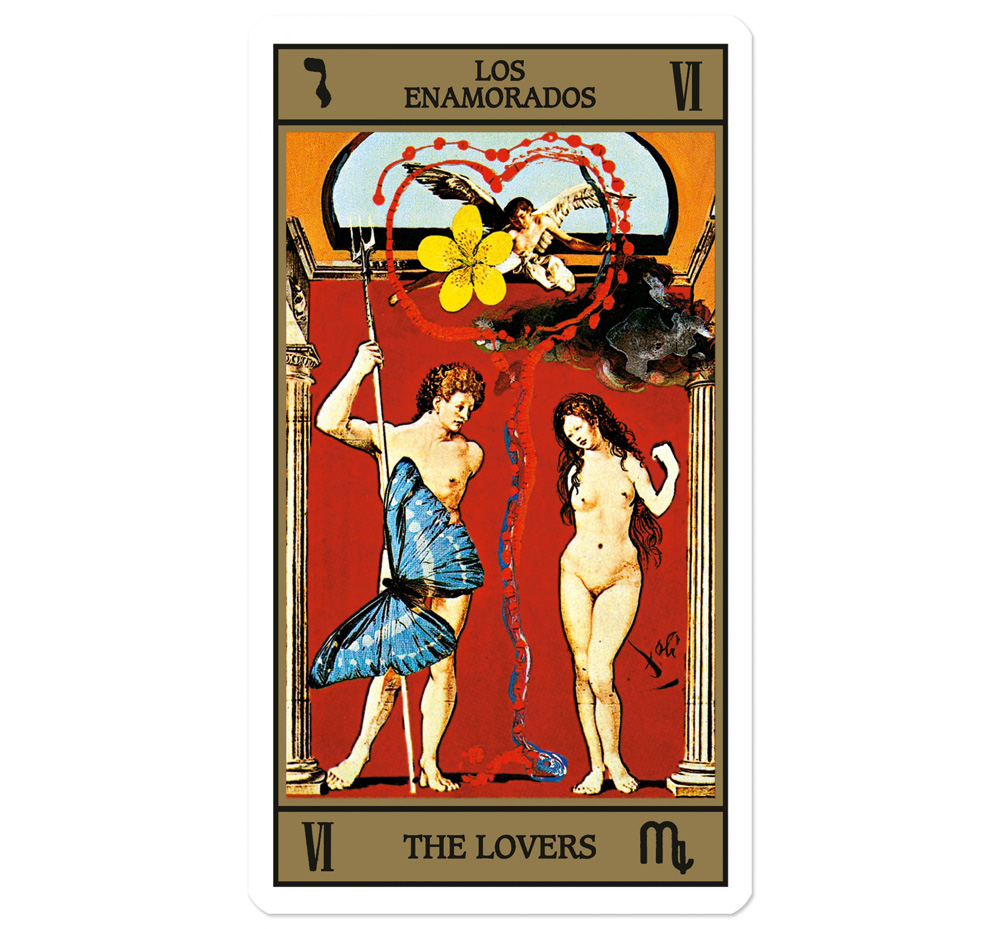 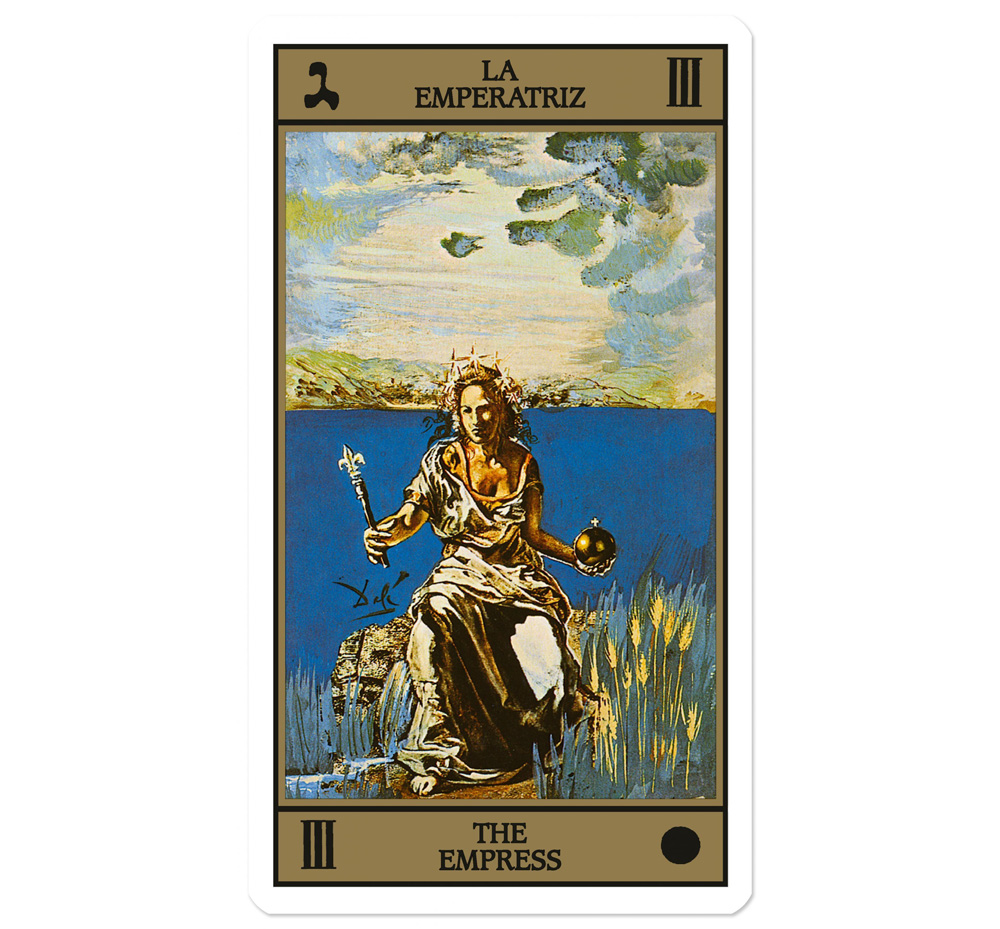