new york-based photographer sam kaplan has built a series of food sculptures that mimic structural forms, turning edibles into architectural arrangements. the collection of images — titled ‘unwrapped’ — has been made using only sticks of gum, layered and stacked into organized formations and configurations. red, blue, yellow and green slices have been carefully assembled into an assortment of colorful compositions that echo architectural archways, towers and building façades.

the series echos kaplan’s collection of food pits and pyramids made from candies, cookies and tea cakes, previously featured by designboom here. kaplan arranged tiers of sweet and savory bites according to their color, creating mesmerizing patterns and geometries that altered their perception from food to architectural formation. 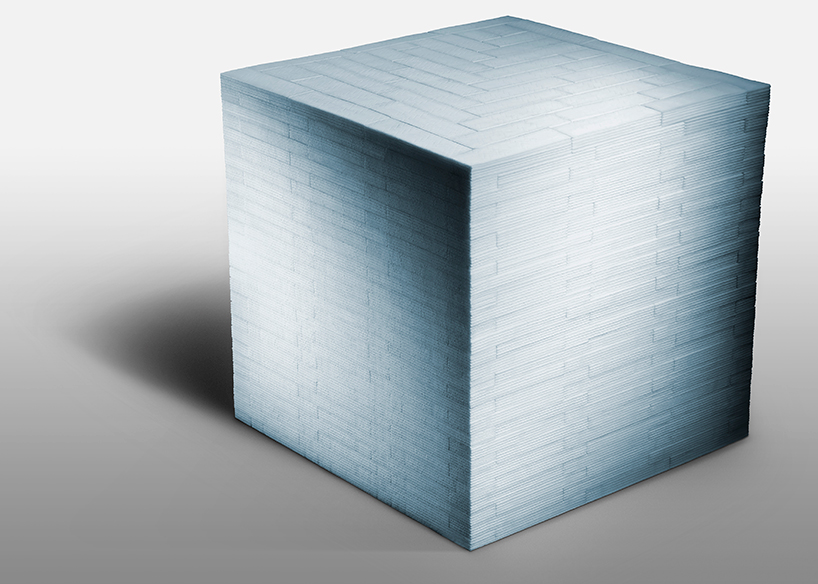 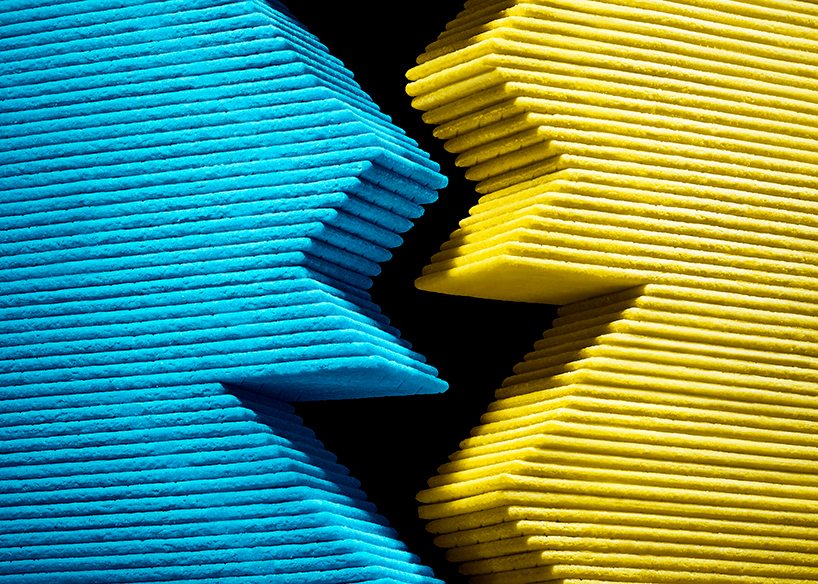 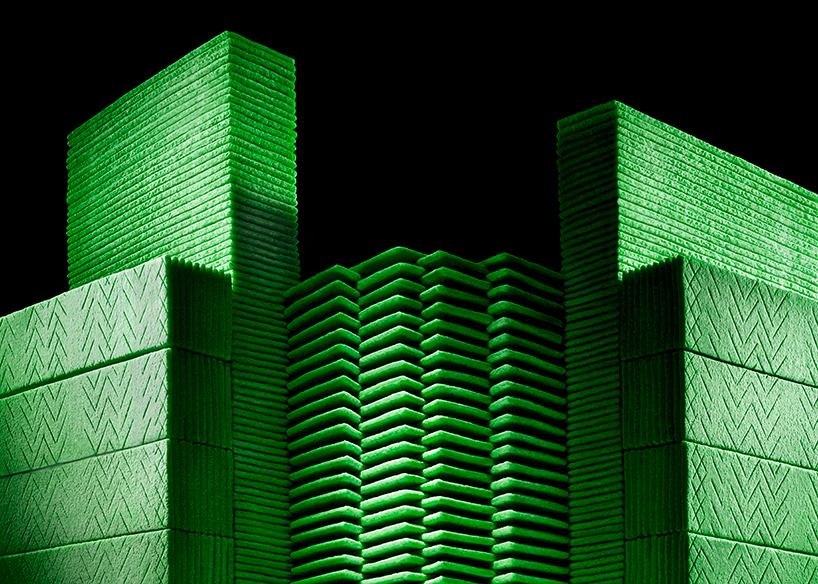 tall green towers are carefully composed from sticks of gum 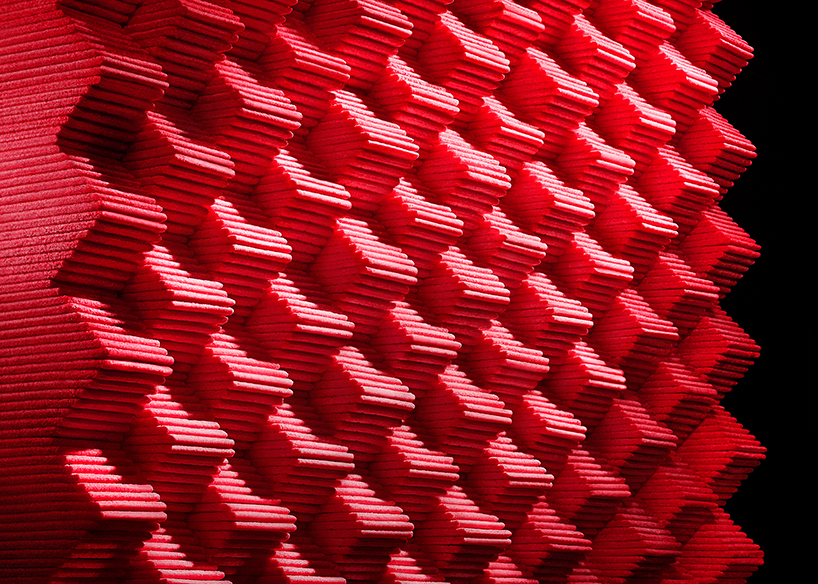 an undulating red façade is created through the arrangement of slices 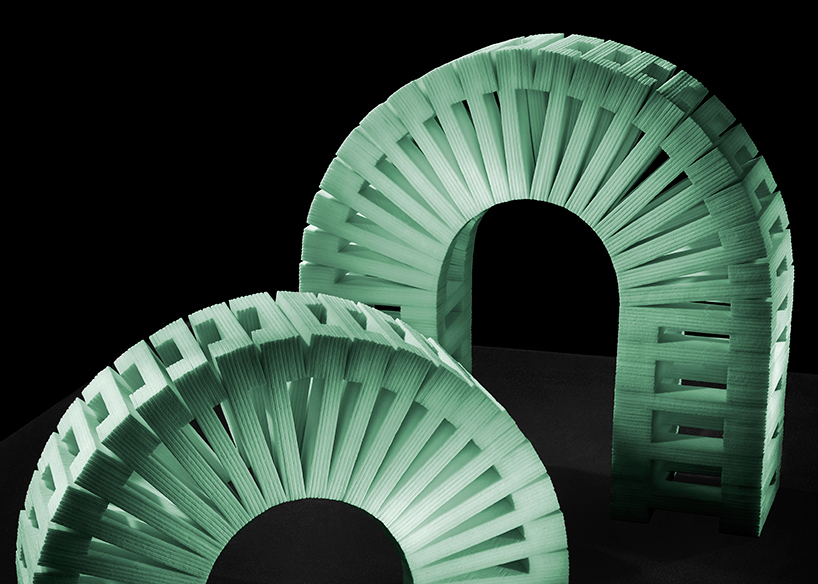 two architectural archways are formed by the sticky sweets 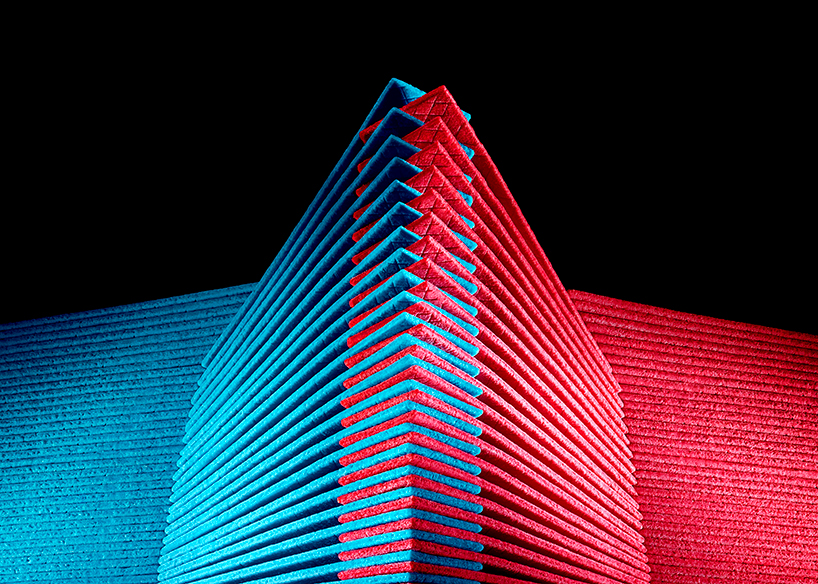